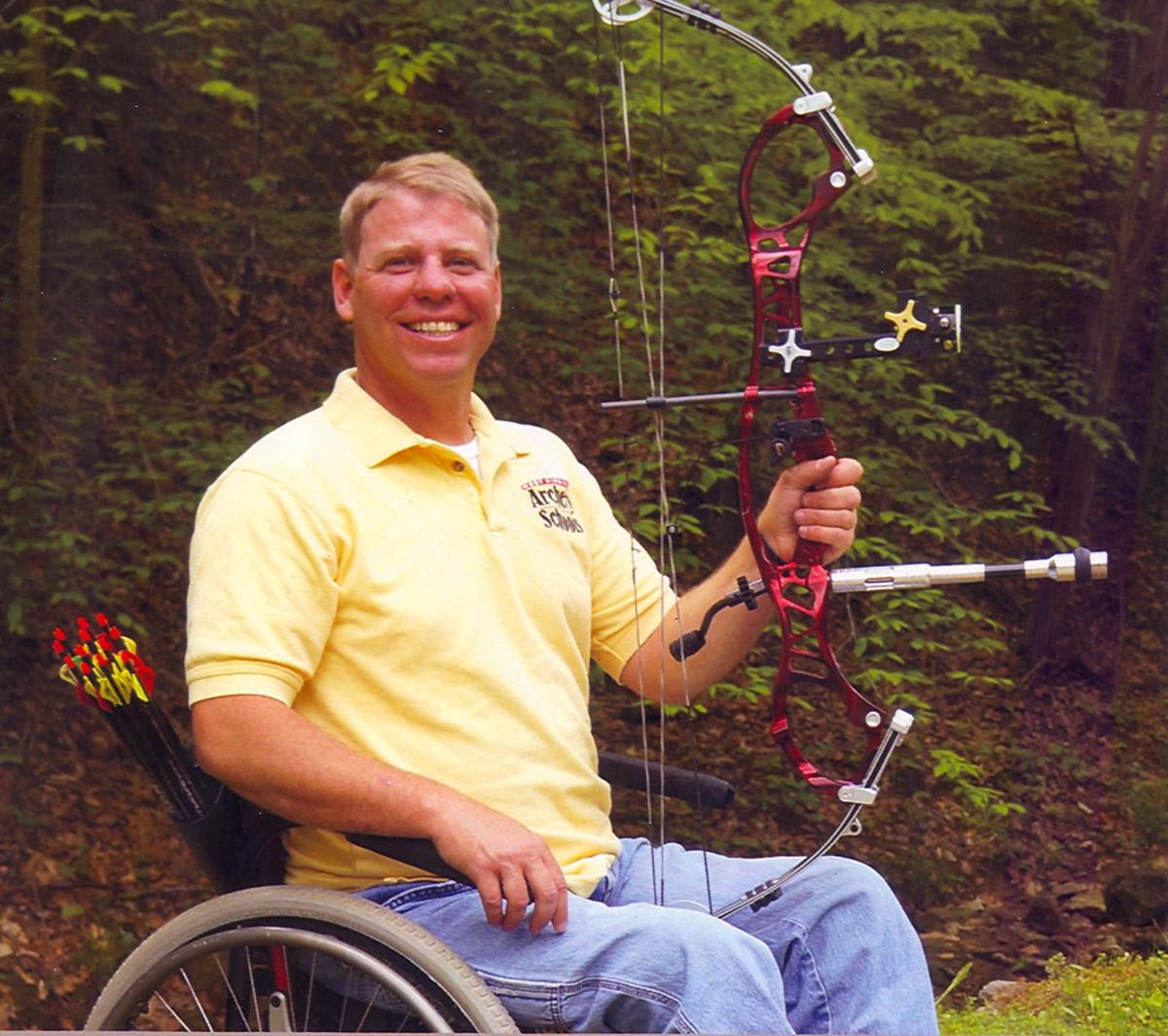 James Cowie III of Charleston set a national archery record for Wheelchair and Ambulatory Sports USA in 2012, then broke his own record in 2013. 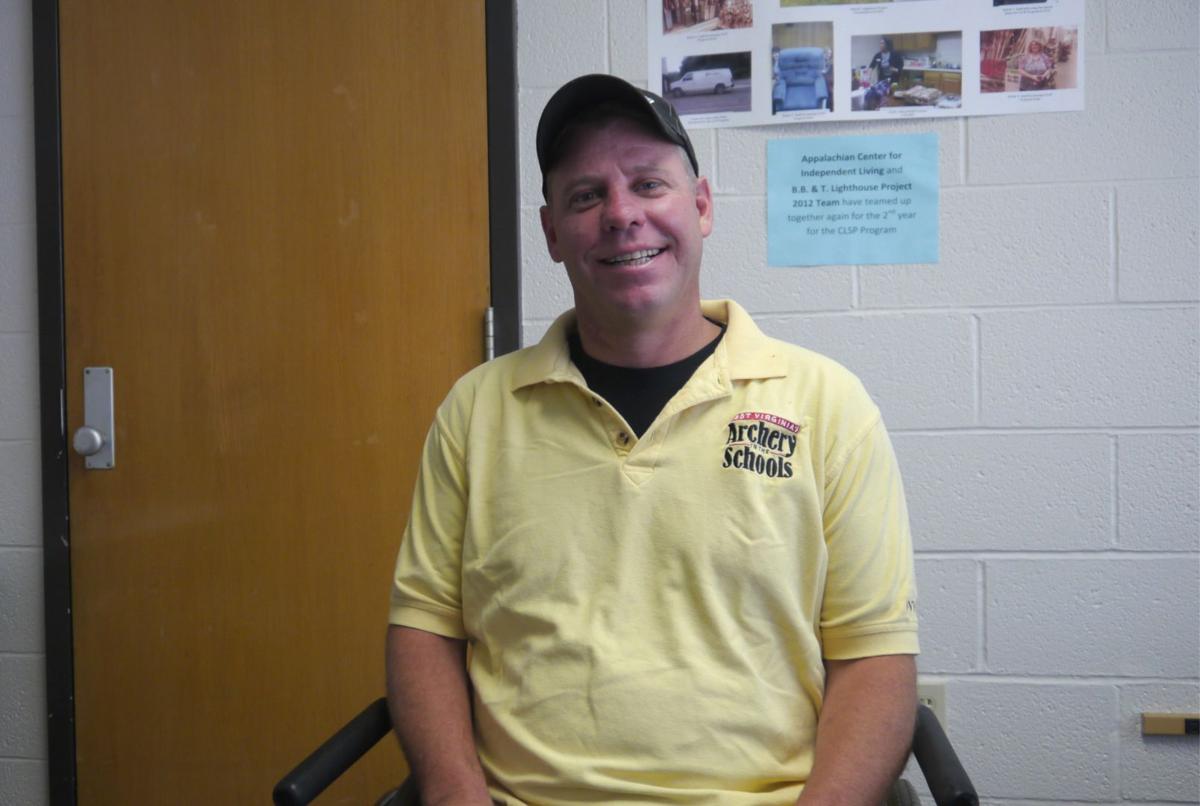 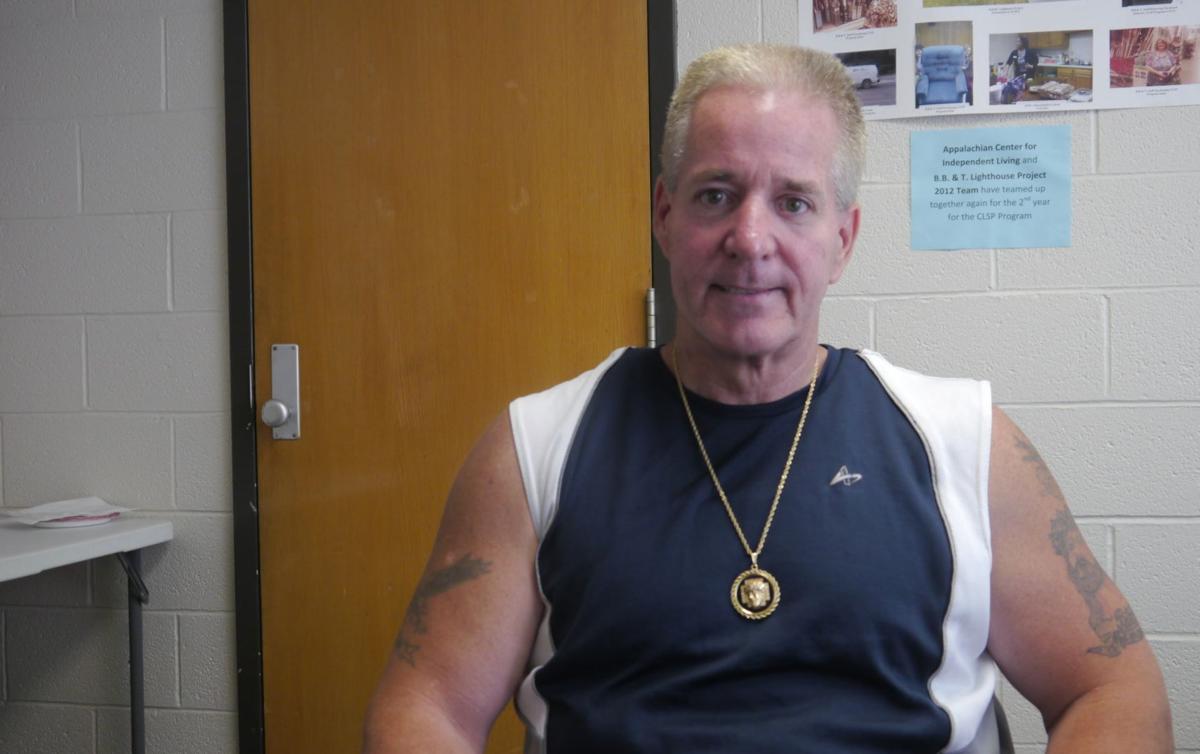 Patrick John Michael Donaghey of Pinch is a wheelchair tennis champion who has excelled at a host of other wheelchair sports. 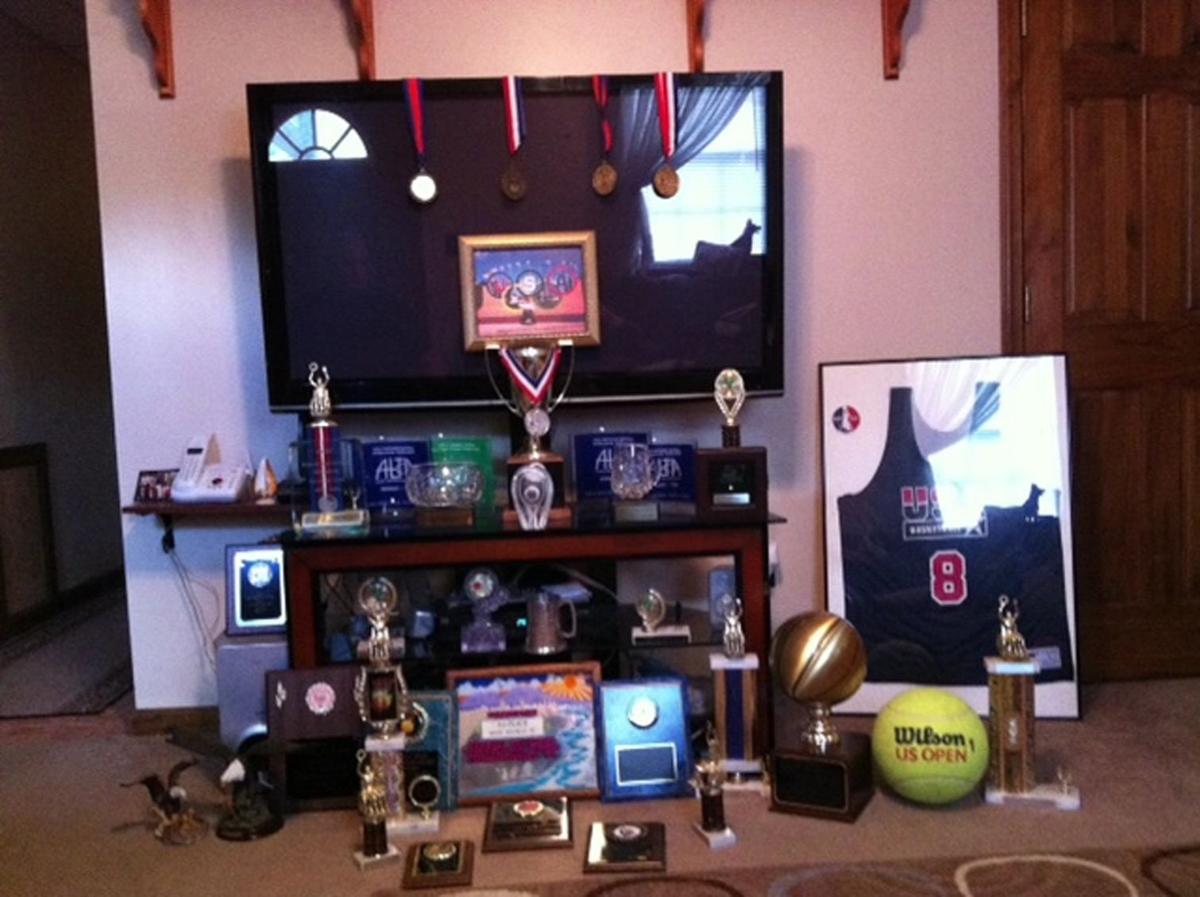 These are among the sports trophies Patrick John Michael Donaghey of Pinch has won in a variety of wheelchair sports.

James Cowie III of Charleston set a national archery record for Wheelchair and Ambulatory Sports USA in 2012, then broke his own record in 2013.

Patrick John Michael Donaghey of Pinch is a wheelchair tennis champion who has excelled at a host of other wheelchair sports.

These are among the sports trophies Patrick John Michael Donaghey of Pinch has won in a variety of wheelchair sports.

BIG CHIMNEY — The Appalachian Center for Independent Living has a small office here, but on its board are two of West Virginia’s preeminent wheelchair athletes.

In 2012, James Cowie III of Charleston set a national record in archery at an event hosted by Wheelchair and Ambulatory Sports USA and then he smashed his own record at the 2013 competition.

“They’re tough athletes. It took me two years to catch the guy that was number one in the nation,” said Cowie, who is 46.

His fellow board member, Patrick John Michael Donaghey of Pinch, last year won the Mid-Atlantic title in the men’s B division of a wheelchair tennis competition sponsored by the United States Tennis Association.

But at age 53, Donaghey has his sights set on even bigger game: trying to regain his championship form in U.S. Open wheelchair tennis. He played in the U.S. Open for wheelchair athletes in 1992, and won the Men’s Singles title in the C Division.

“And the following year I went back and won the B Division,” he said.

Then, in 1994, he made it to the semifinals in singles and won the A Division doubles titles.

“My ultimate goal is next year to compete in the U.S. Open again after 20-some years. I want to get back to the U.S. Open and play against the best people in the world again.”

Both men are highly self-motivated and have undertaken a host of athletic challenges since each was injured and lost the use of their legs.

About 10 years ago, Cowie fell off a deck onto a concrete pad at a construction site in 2004, landing on his head.

While on leave from the U.S. Coast Guard in 1987, Donaghey was robbed.

“I was robbed for $68 and a gold chain and left paralyzed. Shot in the chest with a nine millimeter. Two crackheads,” he said.

He was on the operating table for almost nine hours.

“My main focus after I got shot, my daughter was only 3 years old and I wanted to make sure that she was taken care of, number one. And that she was proud to have a dad — even though I was disabled I wanted to excel in everything I did. Put something in front of me, I’ll find a way to get around it.”

When Cowie moved back home he had three horses in his barn.

“So, I had to figure out how to get water to them and hay and feed and everything else. So, I never slowed down because I didn’t want to lose anything. I wanted to move back into the house where I lived before. I had chickens and goats and a lot of animals. I didn’t want to give any of that up, so I did whatever I had to do to keep rolling. And here we are. Didn’t miss a beat.”

Both men have experience in multiple wheelchair sports.

“I also do the shotput, discus and javelin,” said Cowie, who is working toward a spot on the 2016 Paralympic archery team competing in Rio de Janeiro.

Donaghey was a Paralympic basketball player in 1996 on the United States wheelchair basketball team. He made the national team that spring and competed abroad.

“And then I engaged in, you name it, shotput, javelin, discus, water ski, snow ski. I mean every sport out there I do. I’m a main part of the New York Rolling Mets — it’s a wheelchair softball team sponsored by the New York Mets.”

Before moving to West Virginia four years ago, Donaghey was director of sports and recreation for the Eastern Paralyzed Veterans group.

“We would visit the VA hospitals and try to get the fellas to engage in recreation and sports. And I always tell my fellas, there’s two roads you’re going to go down: drugs and alcohol or sports and recreation. And I strongly advise you to please go down the roads of sports and recreation because it will change your life for the better.”

Cowie also works with the VA and took a bunch of VA athletes with him when he broke his own national archery record in a competition in Michigan. “We do a lot with the VA with wheelchair basketball, also.”

One of Donaghey’s goals is to start a wheelchair basketball team in the state of West Virginia.

“If I want to play competitive basketball I have to go to Ohio or Kentucky or Tennessee or Virginia.”

Both men are keen on the importance of independence.

When Cowie first moved back home, the Appalachian Center for Independent Living built a ramp on his home for his wheelchair.

“So when they came and built the ramp for me I didn’t need anyone. I could come and go as I pleased and that made a big difference.”

“I felt I needed to give back because they gave to me. I believe one hand washes the other. They helped me so I volunteered to be on the board of directors to give back. And at my stage of life I think it’s important to give back our knowledge of what we know to the future disabled kids coming up.”

Donaghey helped start a wheelchair tennis clinic at the Charleston YMCA for children and adults.

“I sit on two committees with the YMCA — tennis, and building and grounds. That’s one of my goals, is to make that place the premiere center for anyone with disabilities to go to be able to swim, workout, play tennis, play basketball.”

Cowie is on the Challenge Sports Board Committee of CAMC.

“I’m there a lot working on the rehab floor with all the nurses and therapists. Me helping them when they come out of the hospital puts them further ahead with what they’re going to deal with because once they leave that floor there’s no nurses, no therapists. They’re on their own. The first thing they need to do is take care of themselves and not be a burden on anyone else.”

“The main thing is being independent,” Donaghey said.