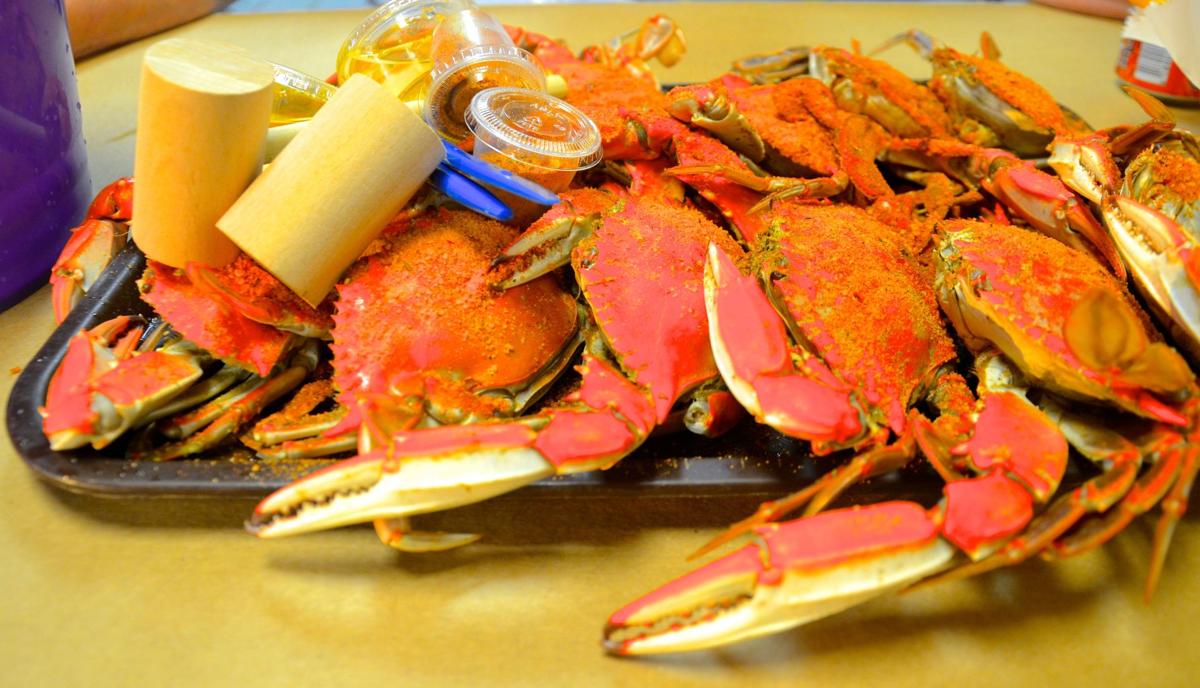 A plate of Maryland crabs is ready for picking. 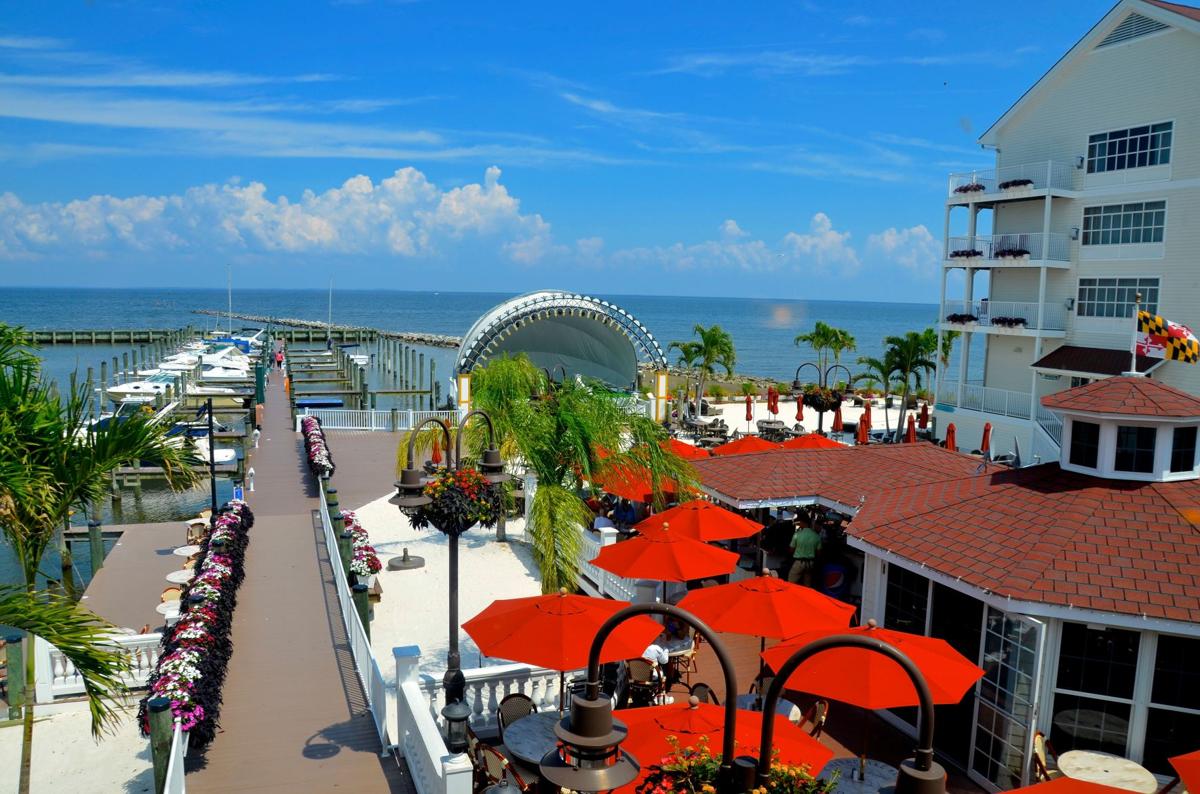 The resort hosts live music in its outdoor band shell every weekend night during the summer. 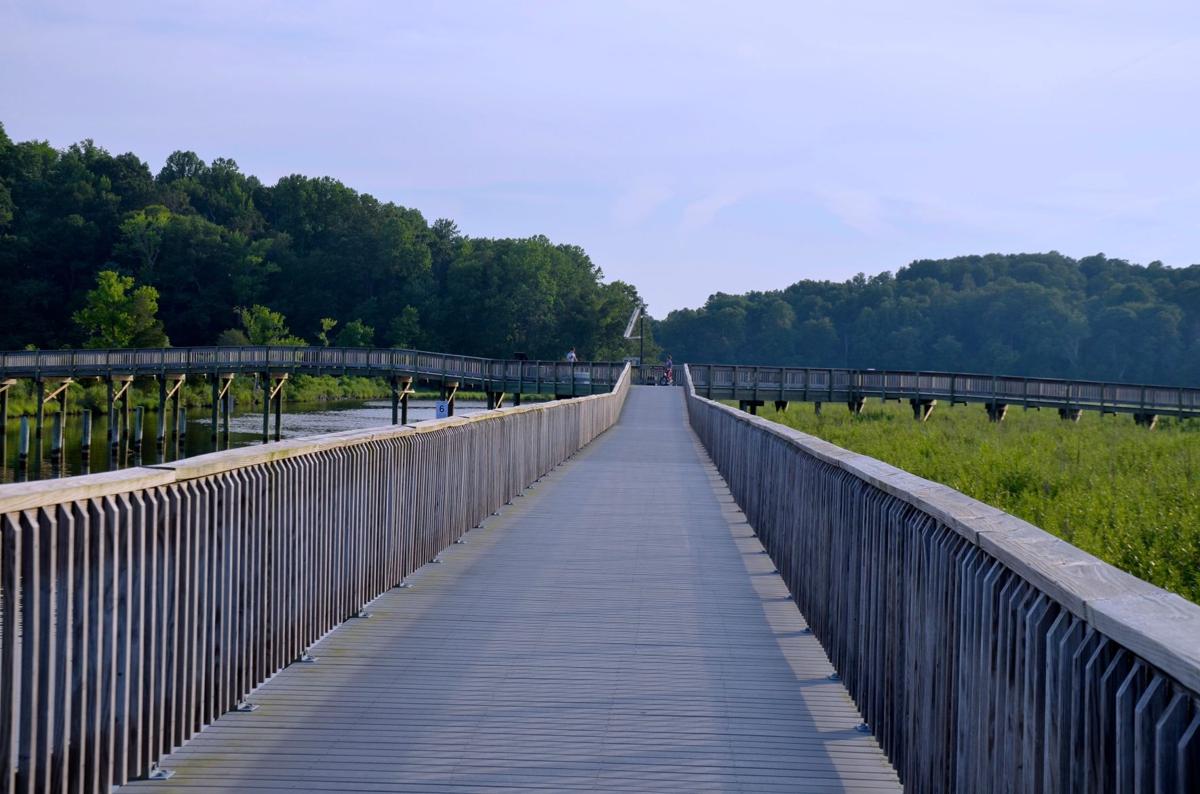 The Railway Trail moves along Fishing Creek and through marshes. 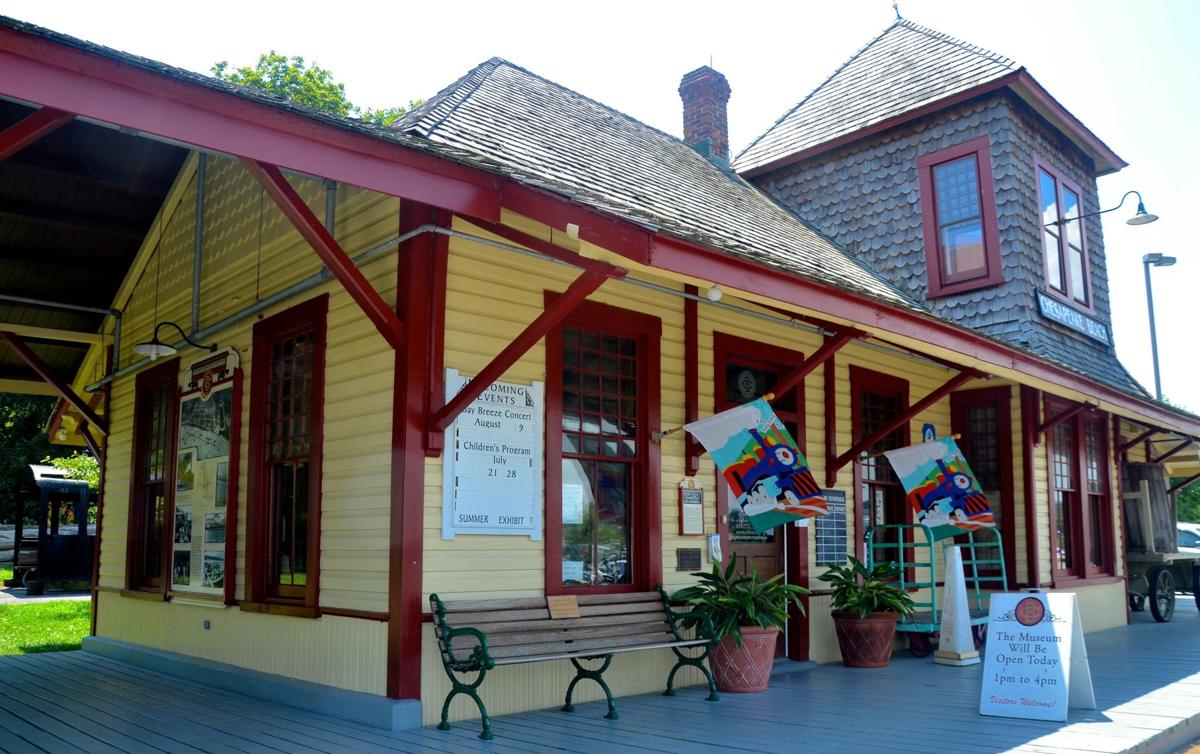 All that remains of the Chesapeake Bay Railway is the more-than-100-year-old original train station. 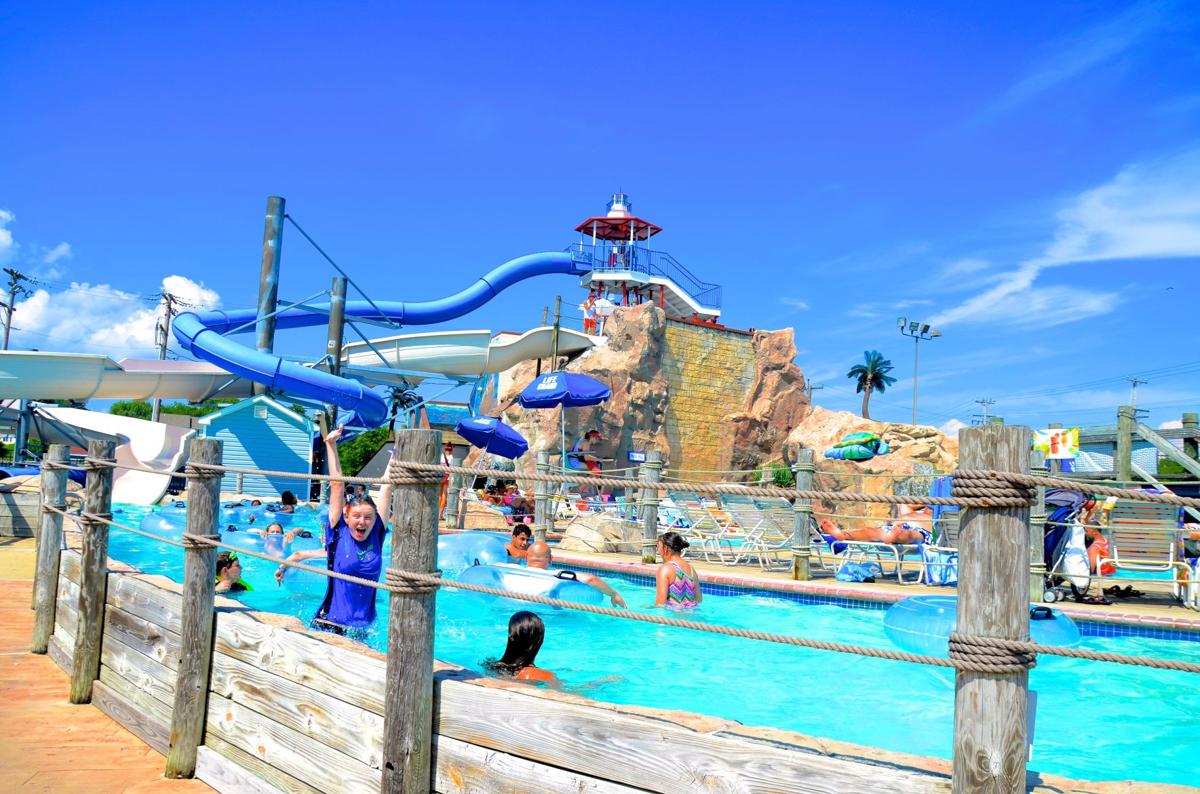 Chesapeake Beach built its own water park featuring eight slides, fountains, waterfalls and a lazy river. BELOW: The Railway Trail moves along Fishing Creek and through marshes.

A plate of Maryland crabs is ready for picking.

The resort hosts live music in its outdoor band shell every weekend night during the summer.

The Railway Trail moves along Fishing Creek and through marshes.

All that remains of the Chesapeake Bay Railway is the more-than-100-year-old original train station.

Chesapeake Beach built its own water park featuring eight slides, fountains, waterfalls and a lazy river. BELOW: The Railway Trail moves along Fishing Creek and through marshes.

A century ago, thousands of people hopped the train for the short 35-mile trip from Washington, D.C., to Chesapeake Beach on the western edge of the Chesapeake Bay.

There was a huge amusement park with a roller coaster and boardwalk over the water until the 1920s. After that, the park was shifted onto land, where it operated until the 1970s. Not a trace remains of either the park or an elaborate Victorian hotel.

Today, Chesapeake Beach — and its twin, North Beach — remain a nearby getaway for the metropolitan area and any visitors to the nation’s capital who choose not to make the long trek over the Bay Bridge to reach the ocean. It’s still a short ride, but now by car.

Chesapeake Beach’s convenient location has earned it the title of Charter Fishing Capital of Maryland, not surprising based on the long list of charter boats available or the fact that the town is built along Fishing Creek.

We did not go for the fishing, or even for the gaming, which fills the parking lot every night at the Chesapeake Beach Resort, Spa and Casino where we stayed. We went because of an odd historical connection between the resort town and Berkeley Springs. And because it’s the closest beach.

Despite its rich resort history, the town is relentlessly contemporary, except for the train station, now converted into the Railway Museum. It remains at its original location and is the sole remaining structure of the Chesapeake Beach Railway line.

Open daily during the season, the museum is filled with exhibits displaying both the railway’s and resort’s history. It’s easy to discover the story with friendly docents enthusiastic about telling it. I provided them with a new piece to the story.

My husband Jack and I decided to visit Chesapeake Beach because, in my research on Samuel Taylor Suit, the man who built Berkeley Castle, I discovered he was the original businessman who worked to build the railroad and the resort that was its terminus.

This came as a surprise to local historians who started the town’s history with its incorporation a decade later. Who knows where my little tidbits will lead their search for roots.

Once finished with my inadvertent disruption of town history, we focused on eating and walking.

The Chesapeake Bay has one required food group: crabs. Crab cakes or crab pasta dishes are virtually everywhere. But the authentic experience is crab picking, spending a couple of hours diligently smashing and picking choice tidbits of meat from platters of steamed crabs.

We chose Abner’s for our crab feast because we spotted it along Fishing Creek from the Railway Trail. It was an inspired choice.

Abner’s was packed on a Wednesday night, seemingly with locals because the bustling waitresses appeared to know everyone in the place. Tables were covered with brown paper ripped regularly from a giant holder. Paper on the tables is always a good indicator that folks are serious about eating.

It’s fortunate that crab meat is such a succulent treat, otherwise the effort that goes into picking crabs would be unjustifiable. Had we stayed longer, we would have sampled Tyler’s Crab Shack, another location for crab picking, or we may simply have returned to Abner’s and tried its outdoor deck.

The true gem of the visit was a 3-mile walk along the Fishing Creek Railway Trail, which followed the original train bed of the historic railroad and crossed miles of bay marshes and streams on a boardwalk along the creek.

A town official reported it took them more than 20 years to assemble all the necessary permits for the trail’s path; I assured her it was worth every hour and commended the town government for undertaking such a beneficial project.

Living in the mountains, we tend to think any hike requires climbing. The pleasure of a flat hiking surface is hard to beat.

We walked to the end and saw the remains of the railroad trestle with uprights poking up from the water more than a century later. The trail was a busy place with walkers, bike riders and baby carriages as well as numerous birds, including great blue heron and red-winged blackbirds.

There are benches along the trail and an abundance of informational signage. The Oyster Cultivation project along the trail grows baby oysters in Fishing Creek that will ultimately be transferred to the Bay.

The water park is another impressive town project with eight huge slides, fountains, waterfalls and a lazy river. It was packed with kids and families on the hot summer afternoon.

Although our hotel had a sandy area complete with loungers, cabanas and an umbrellaed cafe, there is no way to access the water for swimming. Several marinas occupy the convergence of Fishing Creek and the Bay, supporting the charter fishing industry, and the hotel’s Rod & Reel restaurant will grill and serve your fresh catch.

Our exposure to the water was from the balcony of our comfortable room from which we could watch seabirds, boats and waves crashing against cliffs down the coast.

For the real beach, boardwalk and shopping experience, we had to drive a mile or so to the cottage community of North Beach. Except for the welcome signs, it is impossible to distinguish the two towns. Further adventures nearby include Calvert Cliffs State Park, an ideal destination for fossil hunting.

Chesapeake Beach is preparing for a boom when plans get underway for a major expansion of the Chesapeake Beach Hotel and its casino area. There are also plans to provide more beach area and access to the water.

Should you find yourself at a conference in Washington, D.C., or the kids need a break from a vacation of monuments and museums, take the day trip to Chesapeake Beach.