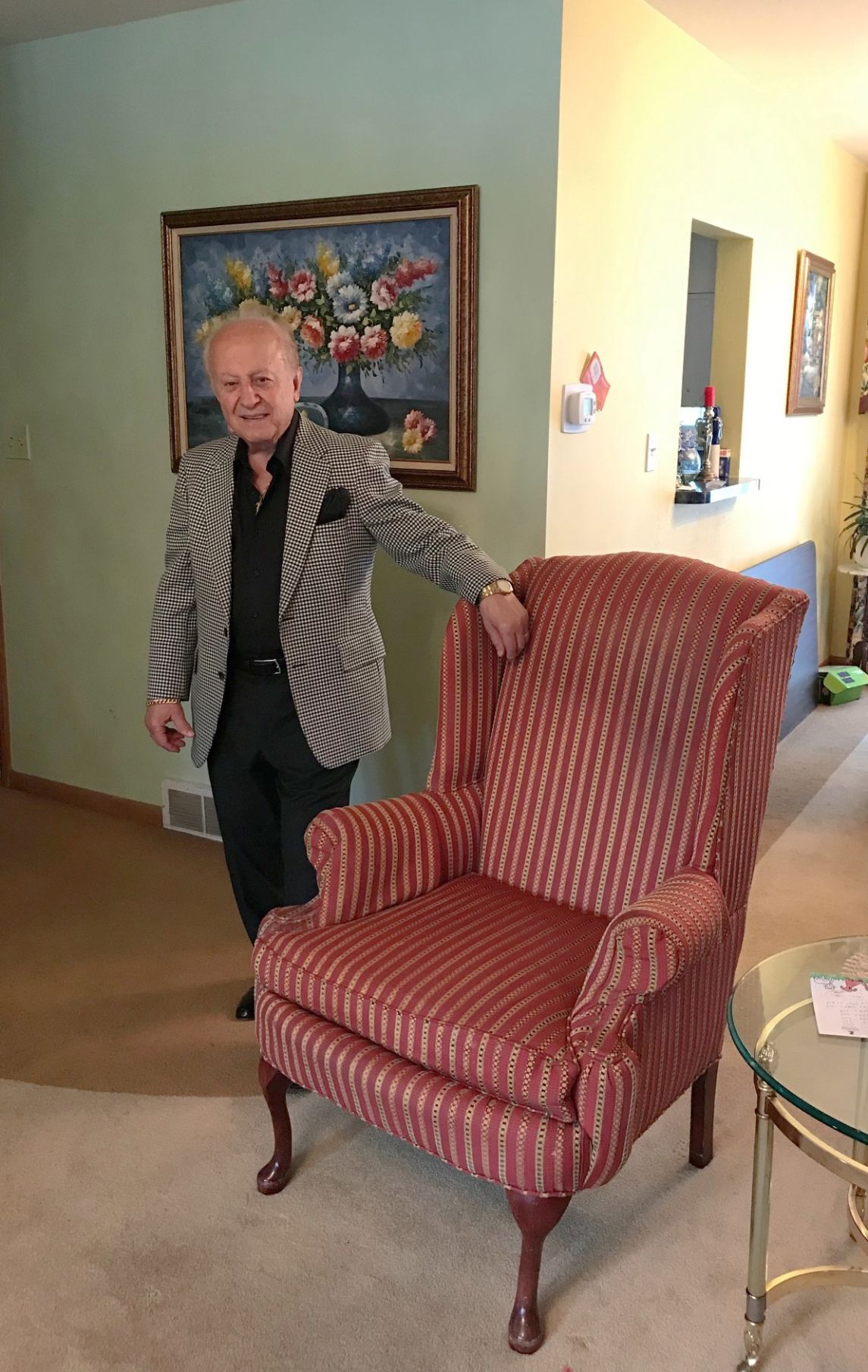 After 50 years as a barber, George Bsharah has traded his barber chair in Cross Lanes for an easy chair in retirement. 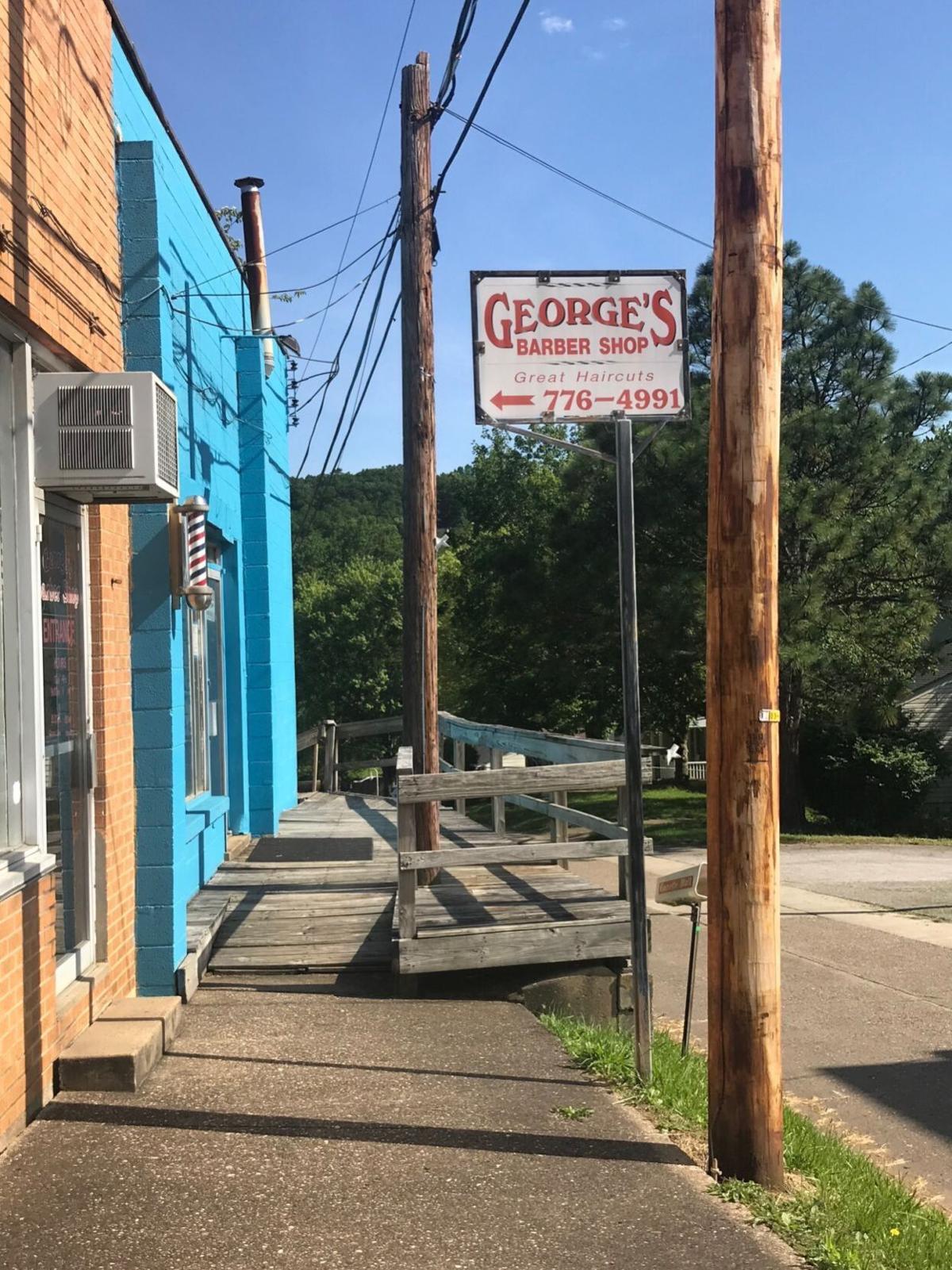 Open from 1970 to 2020, George’s Barber Shop was located at 176 Circle Drive in Cross Lanes. Courtesy photos

After 50 years as a barber, George Bsharah has traded his barber chair in Cross Lanes for an easy chair in retirement.

Open from 1970 to 2020, George’s Barber Shop was located at 176 Circle Drive in Cross Lanes. Courtesy photos

After 50 years of giving shears to thousands of soon-to-be-well-groomed customers, George Bsharah has closed his one-and-only Cross Lanes barber shop, aptly and succinctly named George’s Barber Shop; shelved his scissors; and retired, albeit a bit reluctantly.

While a half-century in business is an admirable achievement any way you cut it, Bsharah might still be cutting hair today if COVID-19-related government health and safety restrictions hadn’t led to the temporary closure of his Circle Drive shop in March.

“He had to close for so long,” his wife, Christine, said last week. “When he was allowed to reopen, he would have had to wear a mask, and he was not sure he’d be able to do that and cut hair, so he decided to stop.

“He’s had several customers say, ‘Please don’t make up your mind yet,’” she added, laughing.

Married for 44 years and counting, the Bsharahs live in Charleston. They have one son, also named George.

The elder George Bsharah came to the United States from Lebanon in 1970. He had been a barber’s apprentice in Lebanon, where he and his sister lived until joining family members who had already come to the United States. After living with a brother in Cleveland, Ohio, he moved to the Charleston area shortly afterward and lived with another brother. He also launched his barber shop in Cross Lanes that year.

At that time, he said, his haircuts cost about $7 apiece.

“It was a generational thing, for sure,” Christine Bsharah said. “I’m sure there were some fourth-generation customers.”

And while he’s no longer clipping and snipping for a living, the 82-year-old is immersing himself in yard work around the house, exercise, and some ongoing restaurant business ventures.

Along with his barber shop, he and his wife own the Husson’s Pizza franchises in Pinch and Sissonville, and son George took over the South Charleston pizzeria operations in February.

The new retiree has been a longtime fitness buff. Before going to work, his daily routine included getting up every morning at approximately 5 a.m. (and sometimes earlier) and walking to and from the YMCA on the hill on Hillcrest Drive in Charleston.

“He doesn’t walk that [hill] any more,” Christine Bsharah said, “but since the time the Y began opening for 24 hours, he’d get up at 4:30 a.m., walk for an hour, and come back home. He’d have coffee with his sister, get dressed, and go to the barber shop.”

Although he’s taking life in general easier away from the barber shop, retirement is still a bit hard for him at this point, his wife revealed.

“He doesn’t love it. He misses his customers immensely and talks about them all the time.

“But he still has coffee with his sister every day,” she said.

She added that her husband remains a member of the Charleston Family YMCA and hopes to return to working out at its facilities when it becomes “comfortably open” again.

And she admitted having her barber husband home more often these days is an adjustment, but not at all a bad one. “We love each other. We get aggravated with each other sometimes, but everybody does,” she said.

Cross Lanes resident David Gilliam was a longtime, loyal customer and still is a friend of George Bsharah’s as well.

“I went to him for 20 years or so,” said Gilliam, who is the general manager at Marty’s Tires. “He is just a sparkling man. That’s all you can say about it. He’s just the greatest guy, and you’re not going to find anybody who’d say anything bad about him.

“I went to him all those years, and he and I developed a great friendship,” Gilliam said. “He has an accent, but he took a lot of pride in learning the English language when he came from Lebanon. He learned the language by watching TV.

“The biggest thing we struck up and had in common was our children. He just idolizes her son. And when my daughter got married and when she got pregnant, that was a big deal to him. He never failed to ask me about her.

“Another thing I admired is that every time I’d ask how he was and how his family was, he’d say ‘Good’ or ‘Fine’ or whatever, and he would also follow that up by saying, ‘Thank God.’ He loves the Lord, and I thought that was beautiful.”

With George Bsharah’s retirement, Gilliam has since returned to a barber he’d visited only once or twice before over the years. As Gilliam explained, “I had a little fun with them. When our business was closed, I grew the quarantine beard and let my hair grow out a little bit. I had to search out to find a barber.”

Ultimately, Gilliam returned to the barber he had let cut his hair when George Bsharah was recuperating from an accident caused by a hit-and-run driver as Bsharah was crossing the road from work one evening. “He was off for two or three months, and I had to find another guy, who I go to now. That was literally the only other time someone besides George cut my hair,” he said.

“Getting your hair cut was more than looking good to him,” Cross Lanes patron George Webb said. “He always kept up with your family and troubles. He is a wonderful gentleman and will be missed.”

George Bsharah is also seeking new or current barbers to purchase the two-chair shop and keep his tonsorial traditions going at the Cross Lanes site. More details are available by calling the Bsharahs at 304-346-6520.