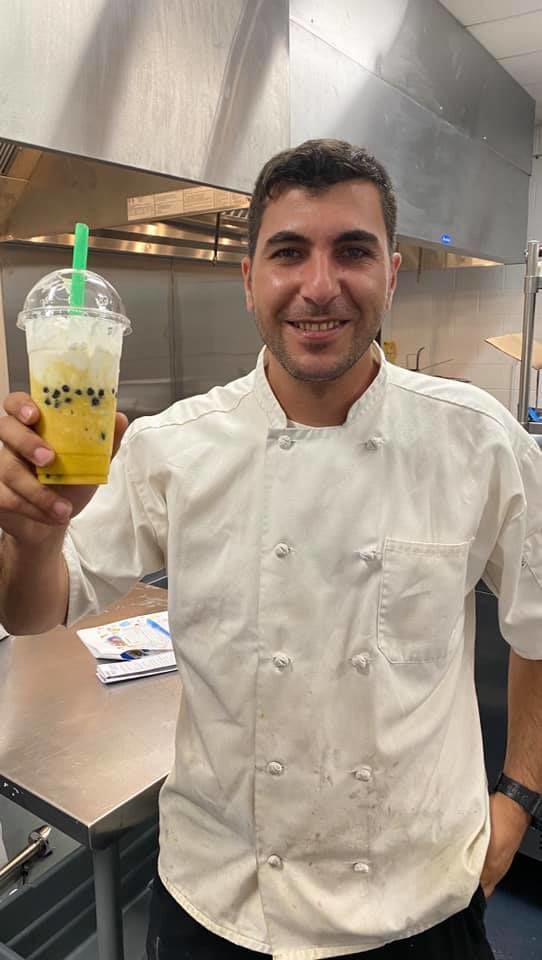 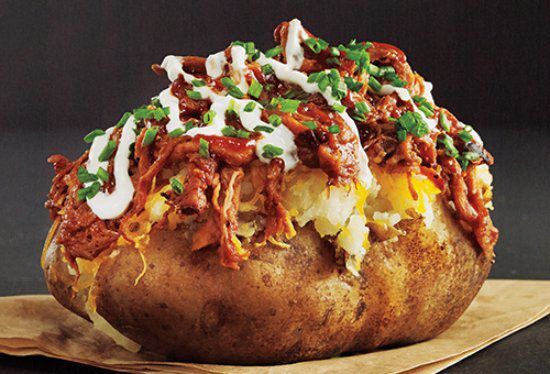 BBQ baked potatoes loaded with toppings are among the wide variety of items on the Carnival Eats menu. Courtesy photo 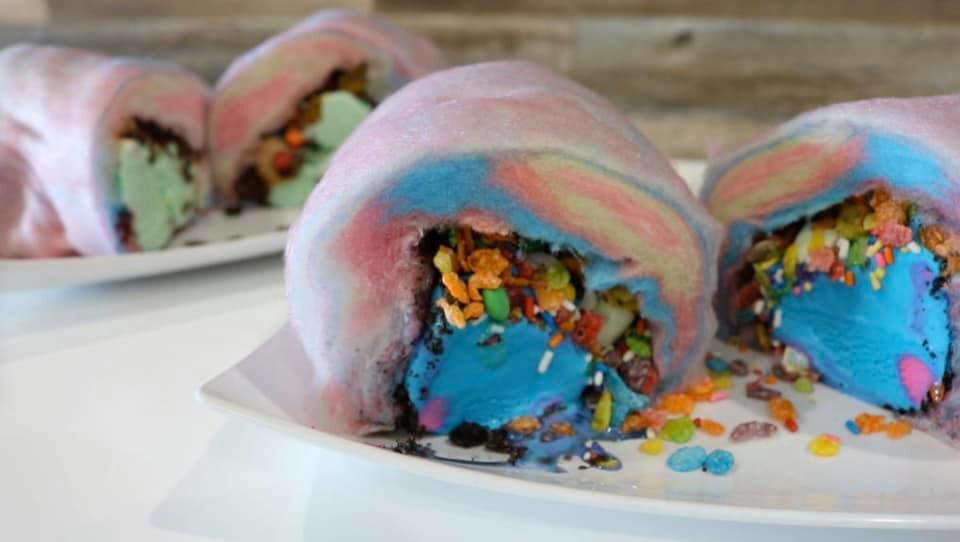 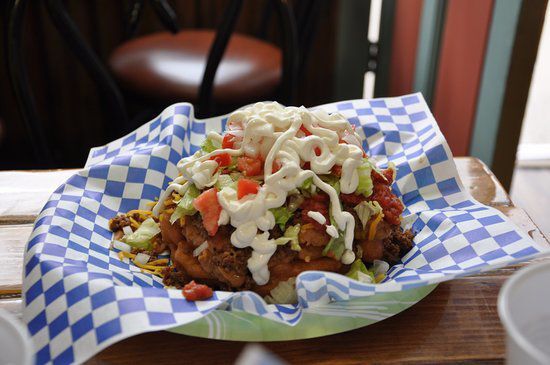 If you've never eaten funnel cake tacos, Carnival Eats in South Charleston can change that in a most delicious way. Courtesy photo 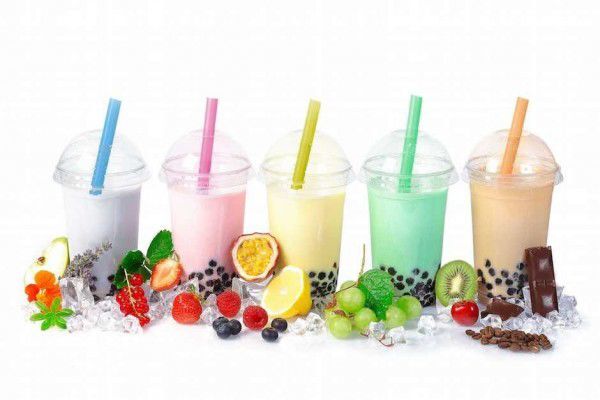 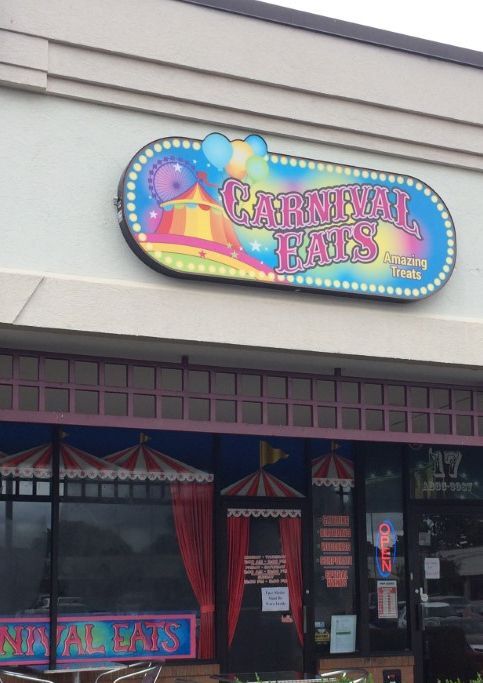 Carnival Eats is located at 16 Riverwalk Plaza in South Charleston. 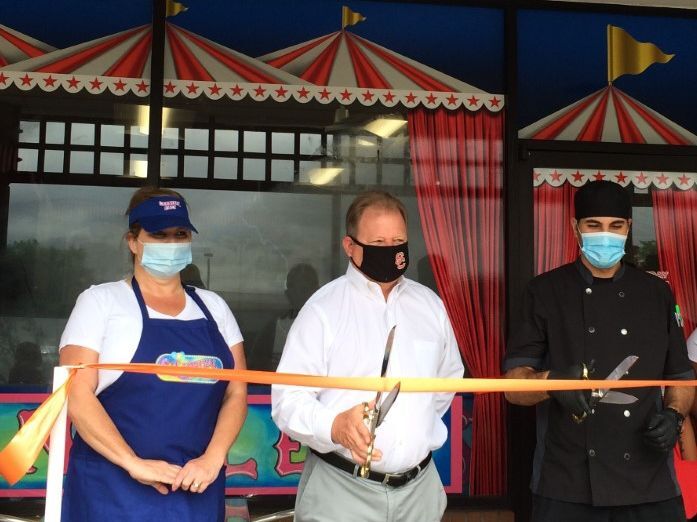 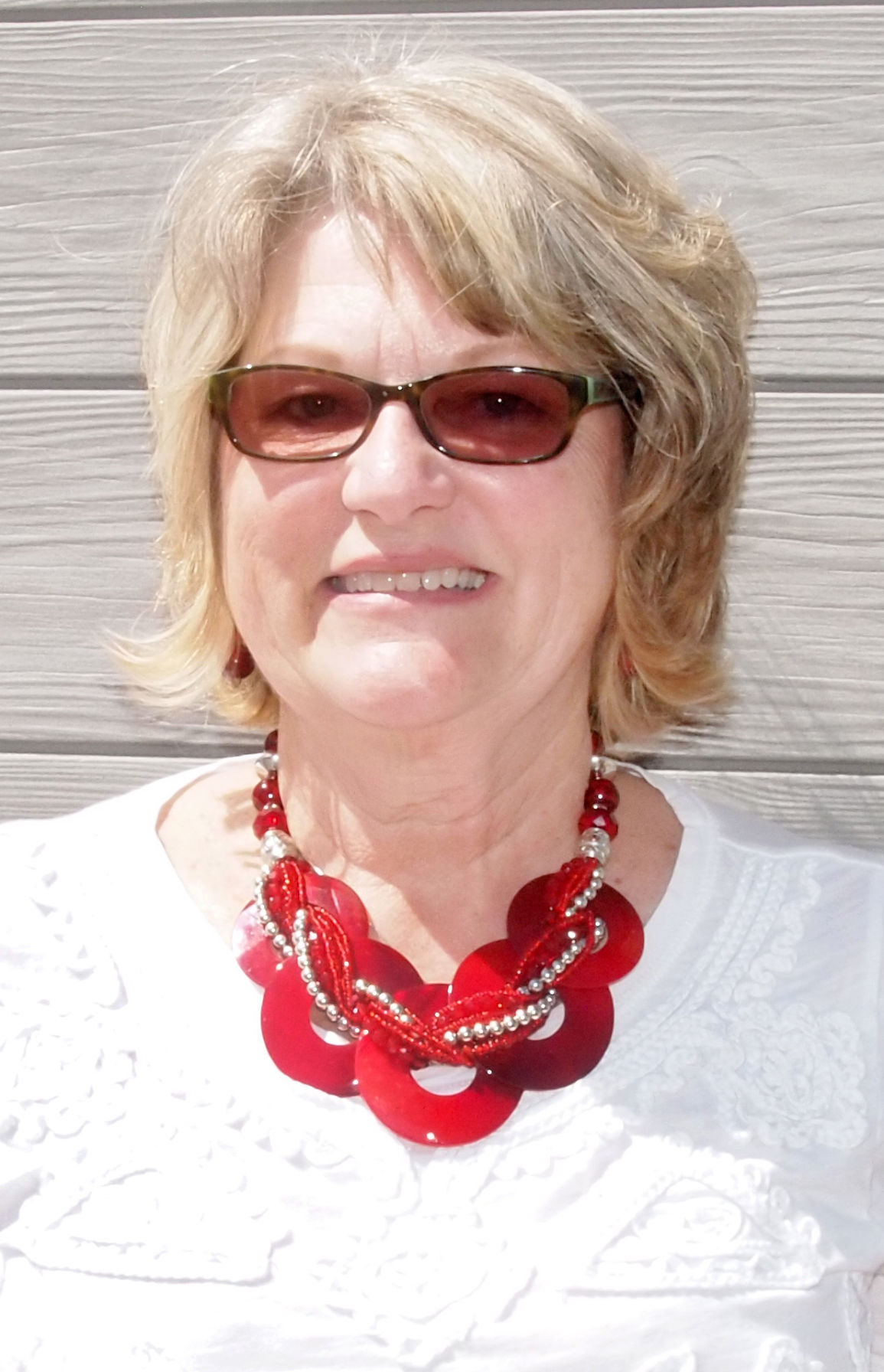 BBQ baked potatoes loaded with toppings are among the wide variety of items on the Carnival Eats menu. Courtesy photo

If you've never eaten funnel cake tacos, Carnival Eats in South Charleston can change that in a most delicious way. Courtesy photo

Carnival Eats is located at 16 Riverwalk Plaza in South Charleston.

Despite the governor’s recent blanket cancellation of fairs and festivals around the state, a new, unique restaurant in South Charleston has opened with a multitude of midway-inspired meals, drinks, and treats to fill the void (and satisfy practically any appetite and sweet tooth).

How did such a happy occurrence happen?

“Ever had a craving for something but you couldn’t get it until the festival and carnival season came around?” Carnival Eats Manager Debbie Joyce of South Charleston asked in response to the question.

She and Carnival Eats owner Allen Takla decided there was a market to remedy those urges and sate those festival/carnival cravings year-round and — voilà!

Carnival Eats held a grand opening event, complete with a traditional ribbon-cutting ceremony with Mayor Frank Mullins performing the snipping honors, on July 24 at its colorful 16 Riverwalk Plaza location. If you and yours fancy carnival/festival staples such as cotton candy and funnel cakes, then step right up for service (including curbside).

Takla graduated from culinary school as a teenager and has become an accomplished chef after coming to the area from Syria 10 years ago and gaining his U.S. citizenship.

The Nitro resident said he prepares all of the foods himself, strictly from scratch, including his own recipe for baklava.

South Charleston Convention and Visitors Bureau Executive Director Vicki Vaughan concurred with the chef at Friday’s grand opening. “It’s just a great experience, with having all of the fairs and festivals shut down now,” she said. “All of the carnival food we could normally have, we can get here. I think it’s a great idea.”

Along with the cavalcade of foods listed below, Takla is devising new items for the menu continually, taking public suggestions as well as indulging his own kitchen skills and imagination.

“We’ve been taste testing over the past week,” Joyce said, “and I think I’ve put on five to 10 pounds.”

She added that new items will probably be introduced weekly at Carnival Eats, to give customers an even wider array of lunch, dinner and snack choices.

The sandwich selection features a variety of specialty burgers, hot dogs, gyros, and more, along with a distinctive appetizer list, with temptations such as deep-fried pickles and baked potatoes, ribbon and French fries (topped with cheese, chili, both or more), nachos and many others (including salads for those who are not necessarily as carnival-fare carnivorous).

“You can blend your own flavors, too,” Joyce noted.

The dessert selection is over the Big Top as well. Deep-fried offerings include ice cream, Oreos, Snickers, Twinkies, and Candy Kabobs. Ice cream cones and sundaes, banana splits and mini cinnamon donuts are options, as are nontraditional taste combinations such as cheesecake on a stick, cotton candy funnel cakes, French toast bacon bombs, and churro s’mores, to name only a few.

“The funnel cake taco is to die for,” Joyce said, “and the Candy Kabobs are very, very sinful.”

If you want Big Top delicacies brought to you, catering services for birthday parties, group or business functions, and other special occasions are available, too.

Carnival Eats also offers first responders and members of the military a 10% discount on their orders.

Carnival Eats is open from 11 a.m. until 9 p.m. Monday through Thursday, 11 a.m. until 10 p.m. Friday and Saturday, and noon to 9 p.m. on Sunday. Dine-in and take-out/curbside service is available, with delivery options foreseen in the near future.

More information about Carnival Eats is posted on the restaurant’s Facebook page or call 304-746-9511.