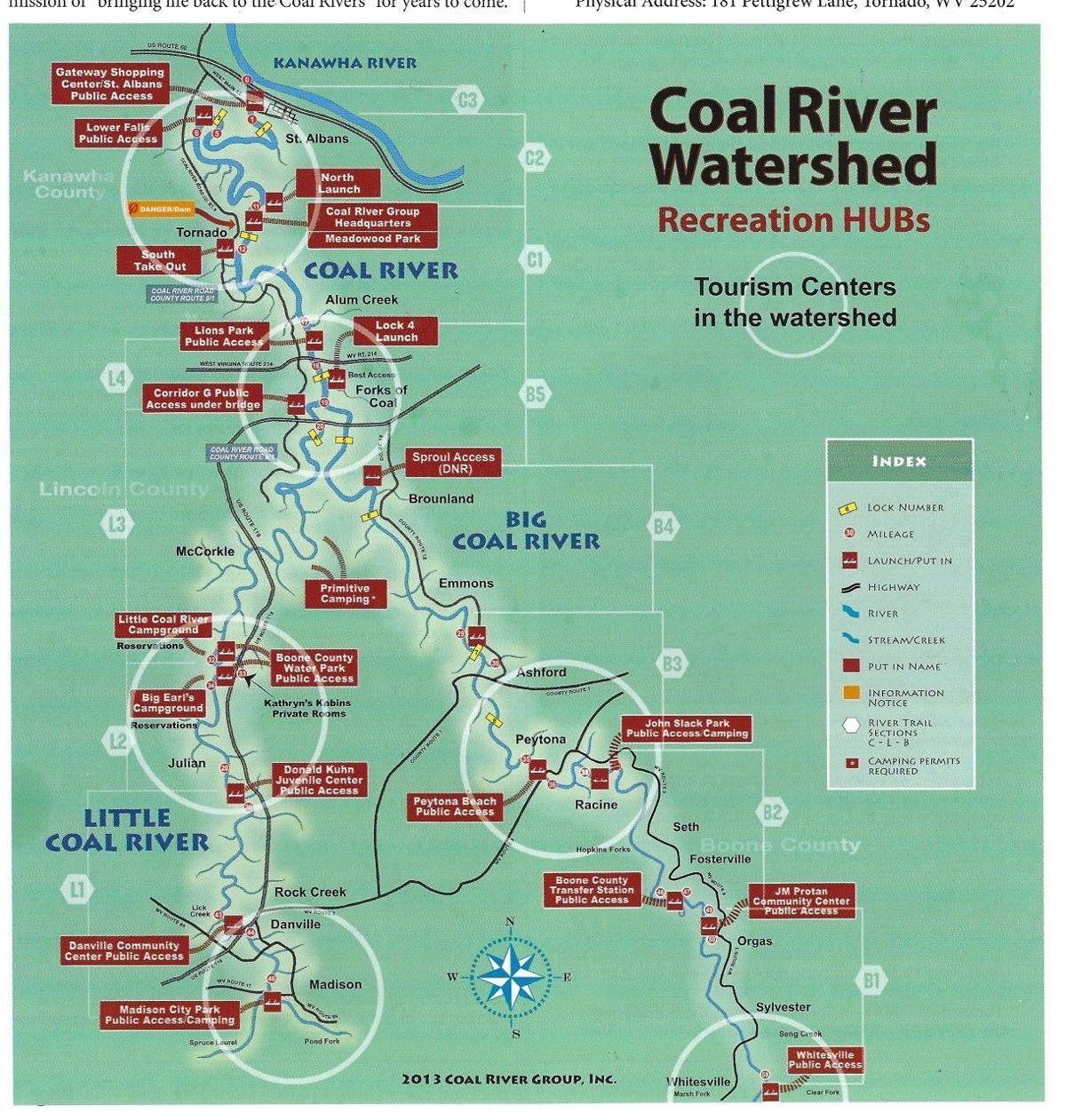 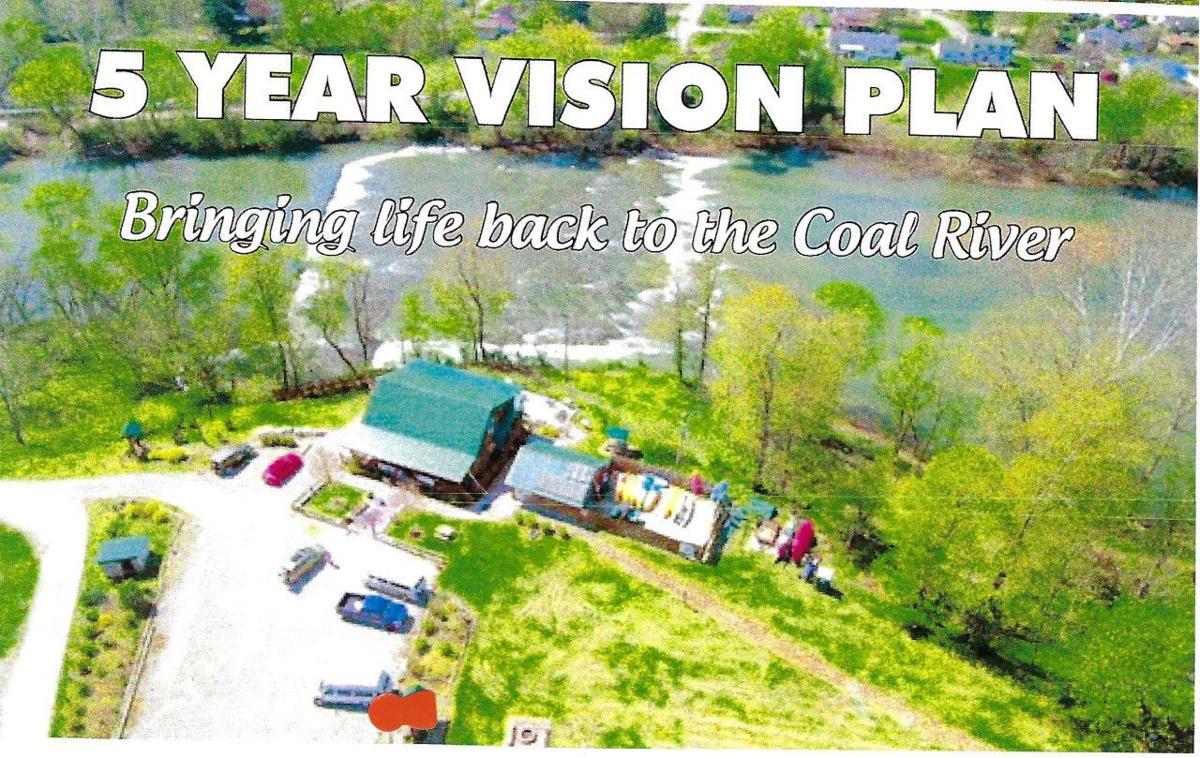 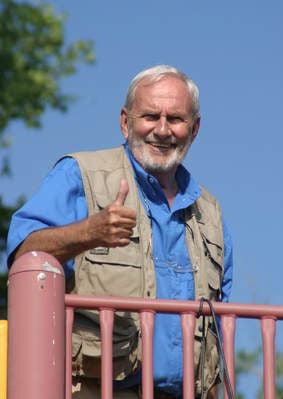 The Tornado-based Coal River Group has released a document detailing its next five-year plan to heighten outdoor recreational and tourism opportunities on and around the Coal River.

The group’s recently completed “5-Year Vision Plan” provides information about the nonprofit organization’s plans to improve and expand the local economy while continuing to pursue its numerous environmental programs.

“Our plans include developing a succession plan for our board and managers while also addressing how the phenomenally successful programs for improving the three-river Coal Watershed can be used to create a new image for the region. The objective is to develop new jobs and business for the recreational HUBS the group has identified in the region,” Currey said.

The plan describes how the group will use the Coal River Water Trail as a basis to bring more tourists and fishermen, along with added launches and land trails, to every community along the 88-mile water trail that winds through Kanawha, Lincoln, and Boone counties.

Currey said the plan also serves as a blueprint for supporting the future of the area’s growing, river-based kayaking visitors.

“The infrastructure created by the Coal River Group for the Water Trail over the past 16 years has now become the foundation for many new tourism growth opportunities for the region,” he explained.

He said an estimated 1,500-plus kayakers visited the rivers every weekend in 2020.

“The visitors come from many out-of-state locations, and, according to surveys done by the Coal River Group, most visitors plan to return again and to spend more time visiting the other outdoor adventure sites in Boone, Lincoln and western Kanawha counties.

“The clean water and restored rivers and streams the Coal River Group has championed in the area are now the primary draw for new tourism,” he said. “The new Ivy Branch of the Hatfield McCoy motorized trail system is also expected to be open this spring, which again adds support for the growing tourism market along the Coal rivers.

“We have created a recreational infrastructure over the years which serves as an excellent basis to develop growth for communities located in or near what we call recreational HUBS.”

These HUBS are areas that contain the highest concentration of tourism and adventure venues for each section of the three-county Coal River region, he said.

“The Coal River Group has worked with every county and all the local parks, ATV trails, restaurants, outfitters, and lodging centers to create a highly marketable tourism adventure region. We have no convention and visitors’ centers and we do not have centralized funding to support our growing attractions, so we must create and develop funding to truly market this wonderful, outdoor-oriented playland,” said Currey.

The Coal River Group plans to continue to generate grants and funding sources to help each community and county in the HUB areas to expand their tourism economy and create more tourism services.

Copies of the vision plan and additional information can be found on the group’s website at www.coalrivergroup.com.

Bill's Best: The best candy bar you'll ever eat (if you can find it)

WVU basketball: ESPN projects Mountaineers as a No. 4 NCAA seed