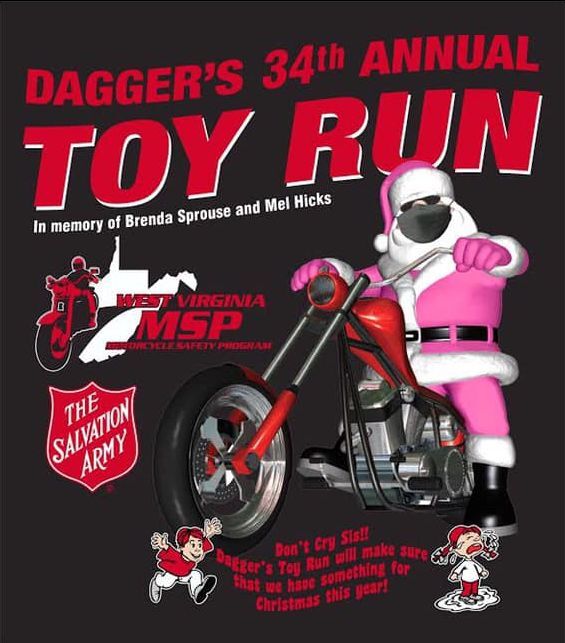 Commemorative Dagger’s Toy Run 34th Anniversary T-shirts will be available for purchase for $10 apiece on Saturday, Dec. 12. Pictured is the back of a shirt. Courtesy photo 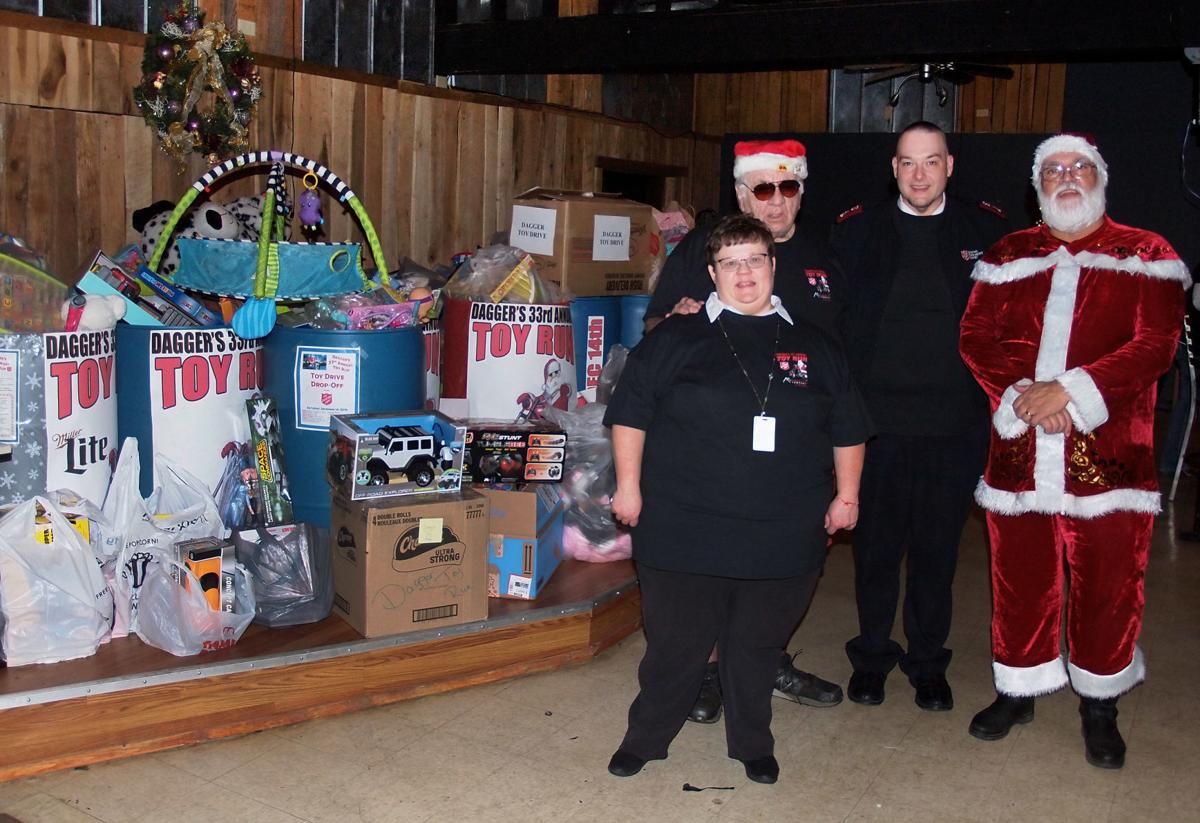 Commemorative Dagger’s Toy Run 34th Anniversary T-shirts will be available for purchase for $10 apiece on Saturday, Dec. 12. Pictured is the back of a shirt. Courtesy photo

Supported by community generosity, surrogate Santas on cycles will again be bringing joy — and toys — to children in a multicounty area this holiday season.

The 34th annual Dagger’s Toy Run, to collect and deliver toys for the Salvation Army’s annual holiday assistance efforts, will be held Saturday, Nov. 12. Registration for motorcycle riders will be held from noon until 1 p.m. in the parking lot of The Grind restaurant (formerly Mayberry’s Restaurant), 1481 MacCorkle Ave., St. Albans (the St. Albans Shopping Center).

Participants can partake of complimentary Krispy Kreme doughnuts before the motorcycle caravan of contributed toys revs up and takes to the road at 2 p.m. to travel to a Salvation Army loading and delivery point.

To participate in the toy parade, riders are asked to make a $10 donation and contribute a new, unwrapped toy. (Non-riders are encouraged to donate, as well.) Checks can be made payable to the Salvation Army. As well as being accepted onsite, the checks can be mailed to Jim Dagostine, 1019 Ridge Drive, South Charleston, WV 25309.

Visitors will also be able to purchase commemorative Dagger’s Toy Run 34th Anniversary T-shirts for $10 each at the event.

To accept donations prior to the Toy Run, a Salvation Army truck will be stationed at The Grind’s parking lot between 10 a.m. and 3 p.m. daily Tuesday, Dec. 8, through Friday, Dec. 11.

Other toy and check dropoff points include:

Dagostine said the Dagger’s Toy Run began in 1986 when “Jimmy Carr, Frank Frazier, and I thought we’d do something like this for Christmas. We were just three old, dumb country boys who got together, and it’s gotten bigger and better every year.

One Month at a Time: Finishing up a month with ukulele and moving on

Biden takes the helm, appeals for unity to take on crises

4 ways to refresh and reset this New Year's

Are Americans smart about their wireless service? [Infographic]