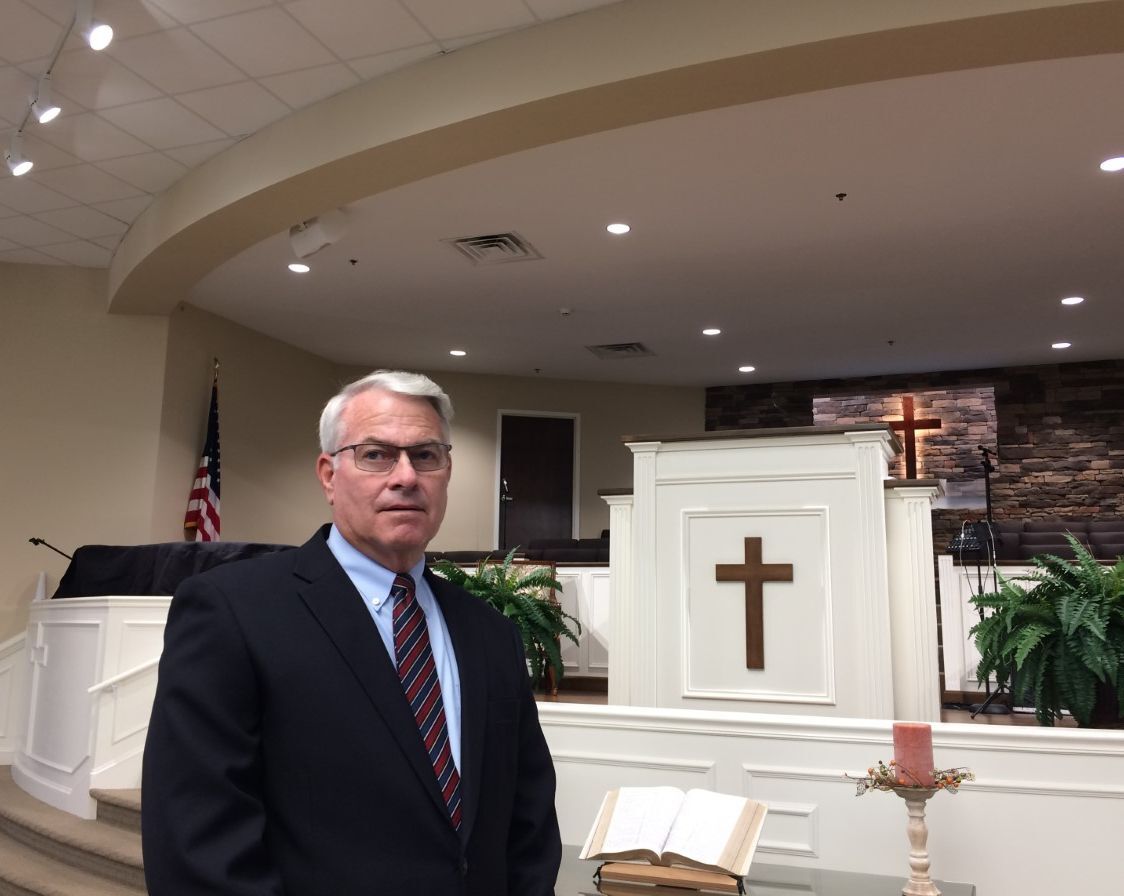 Lee Swor has served as pastor of Mount Pleasant Baptist Church in Elkview for the past 34-and-a-half years. 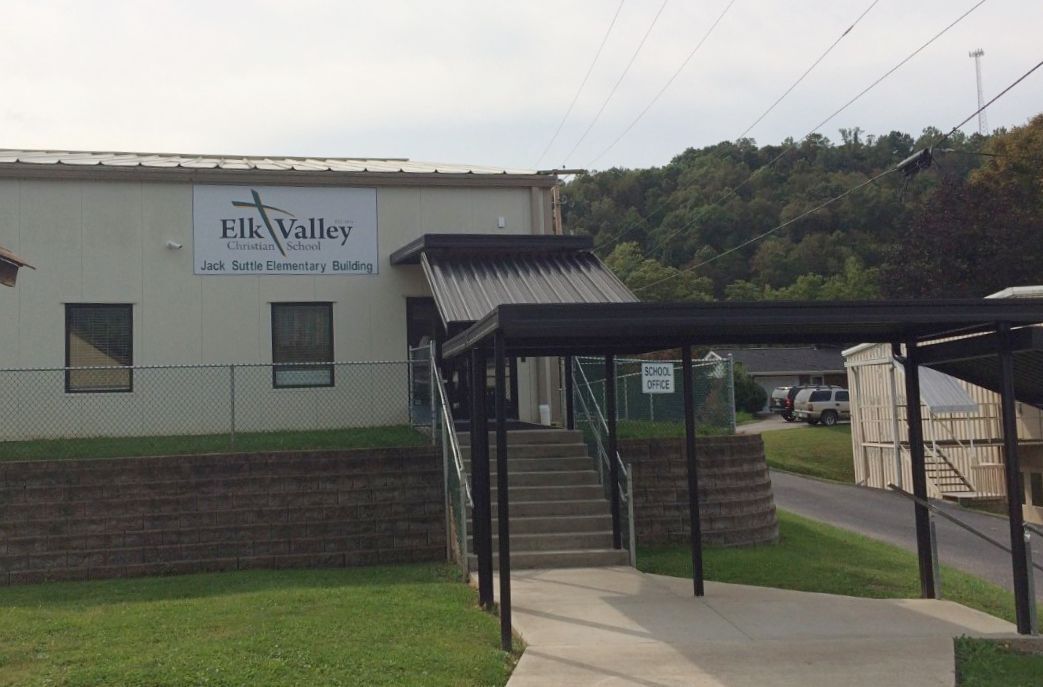 Founded in 1974, Elk Valley Christian School has its campus on the Mount Pleasant Baptist Church property in Elkview. 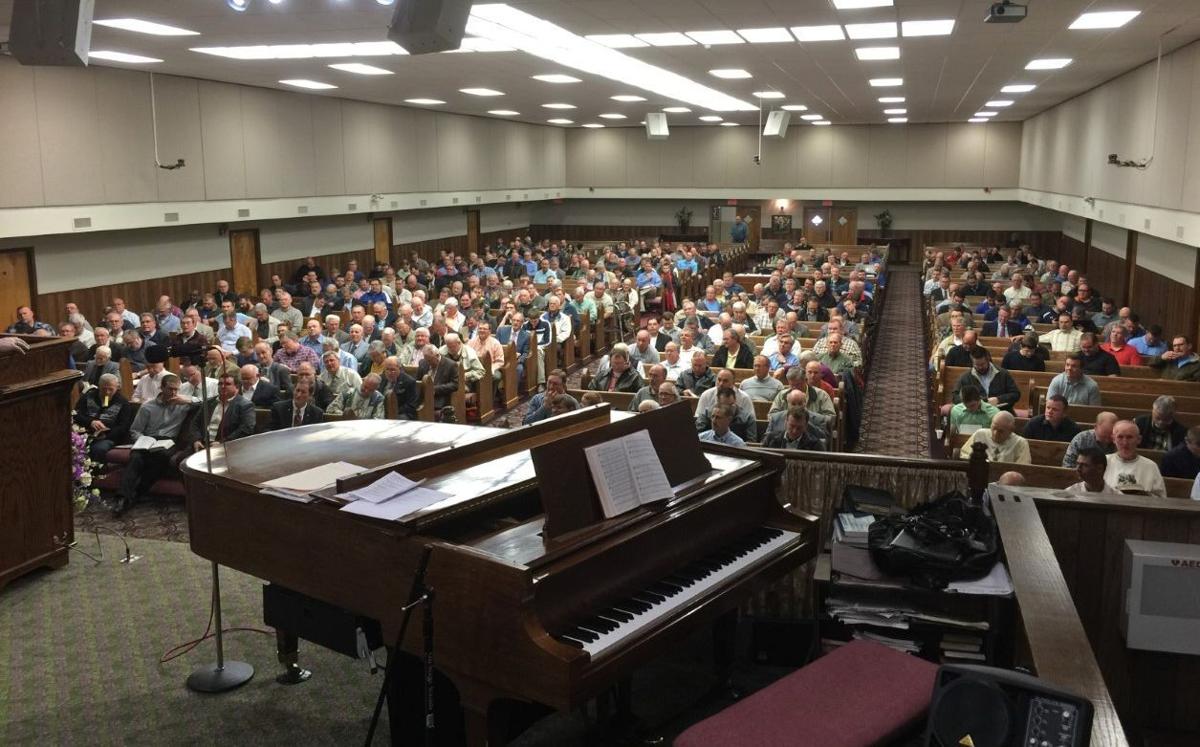 This file photo from Mount Pleasant Baptist Church shows a 2015 conference in the sanctuary, as services appeared prior to the 2016 flooding and 2020 pandemic. Courtesy photo

Lee Swor has served as pastor of Mount Pleasant Baptist Church in Elkview for the past 34-and-a-half years.

Founded in 1974, Elk Valley Christian School has its campus on the Mount Pleasant Baptist Church property in Elkview.

This file photo from Mount Pleasant Baptist Church shows a 2015 conference in the sanctuary, as services appeared prior to the 2016 flooding and 2020 pandemic. Courtesy photo

Mt. Pleasant Baptist Church will officially celebrate a century-and-a-half history of worship, fellowship and service this weekend, outdoors and indoors.

A church picnic is planned for Saturday, Oct. 3, beginning at 4:30 p.m. on the island behind the Elkview church. Social distancing will be observed at the open-air venue.

On Sunday, Oct. 4, a pair of services commemorating 150 years of ministry will get underway at 11 a.m. and 6:30 p.m. respectively. The services will be open to congregants, with social distancing measures in place as well.

Mt. Pleasant Baptist Church Pastor Lee Swor said the Sunday services will include a pictorial history of the church and its members over the decades, as well as a stage play depicting various phases of the church over the past 150 years.

"The church met in a schoolhouse for 44 years," he said, "before they built their first building, which is still standing up here on [U.S.] 119. I think they were there until 1925, when they built a church just up the road here. In 1948, they moved the church from there to here -- they actually put it up on wheels and just moved the whole building."

The church has experienced its share of highlights and low points (a couple of them within just the past five years).

In the 1960s and '70s, Swor said, MPBC experienced exponential growth. "They went from a church of about 75 to over 500," the pastor said. "That was when Elk Valley Christian School was started, in '74. It was actually started in the midst of the Textbook Controversy. From '66 to '76, they built the church building and the gym and bought the island where we have our camp.

"The men of the church built the bridge over to the island. It's an amazing foot bridge, like a 300- or 400-foot-long extension bridge. None of the guys had ever built a bridge, and they just did it by faith. That bridge withstood the flood."

In June 2016, the church was among the thousands of casualties of the catastrophic flooding that assailed the region. Support from around the state and nation -- and a generous gift from a former church member -- have helped the church rebound from its losses.

"People came from everywhere to help us get cleaned up. We had to tear everything out, throw away the pews that people had sacrificially given. We didn't know where we were going to turn, except to the Lord."

Among other setbacks, MPBC had no flood insurance. "People from all over the Southeast came to this area and helped everybody. We decided to take a step of faith and completely redo the sanctuary."

Swor said MPBC received about $750,000 from churches around the nation. "We thought we could rebuild from that, but we had a lot of other damage we had to repair. We had other buildings and all of our vehicles, except one, were destroyed. We forged ahead with building a new auditorium. It cost more than what we had planned. We ended up borrowing about half a million dollars."

Swor explained that the church had taken an additional loan to renovate the school five months before the floods came. "We went from zero debt to $1.1 million in just a few months. It was a hard time. We had a payment of about $9,000 a month. We were making it, but we had to tighten our belts. People gave through it all so unselfishly."

A former church member, Sam Hensley, came forth to lighten the financial load.

"One day, I got a call from Sam, a 1978 graduate of our school," Swor recounted. "He had battled cancer after his first semester in college. He was told he had six months to live, and the people of the church ministered to him and his family and prayed for him. God miraculously healed him."

Years later, the freezer warehouse company where Hensley worked was sold to a larger competitor, with Hensley brokering the negotiations, Swor said. "He was compensated a lot for what he did.

"He called me that day and told me God had laid it on his heart to give us a million dollars. This was unsolicited; we hadn't asked him for anything."

When Swor told him the church was $1.1 million in debt, Hensley increased his offer to pay it off entirely. He contributed another $100,000 to the church a few weeks afterward, along with another half-million dollars for the school, announced on Mother's Day 2019.

"Everything is paid off again. We're so thankful -- the Lord gave us a new church. Sam told me he never thought he would have what he's got now and he just wanted to honor the Lord by helping us. That was a tremendous miracle we've seen."

In recent months, the church has adapted to the COVID-19 pandemic challenges. Swor said MPBC was shut down completely from mid-March through Mother's Day of this year, reopening its sanctuary for services afterward with distanced seating, regular cleaning and sanitizing of the facilities, and other safety precautions in effect.

"We have had pretty much regular services, three times a week, since Mother's Day. We've had to cut back on a lot of programs we do, such as our children's programs. In our church, we are not singing, although some of the choir members sing and are spaced out from each other to do that. We're thankful that, so far, we haven't had an outbreak [of the coronavirus] in our church," Swor said.

In addition to the weekend anniversary services, MPBC is sponsoring a fall revival, with speaker Pastor C.T. Townsend, starting each evening at 7 p.m. Oct. 5 through Oct. 7.

"I believe we're living in a world today that needs the church and the Lord more than any other times, in such days of uncertainty, turmoil, and unrest. We all need peace and spiritual guidance through this time," Swor said.

To find out more about the church and the school, visit www.mpbcwv.org, www.evcs.org or the church's Facebook page on the internet or call 304-965-7062.