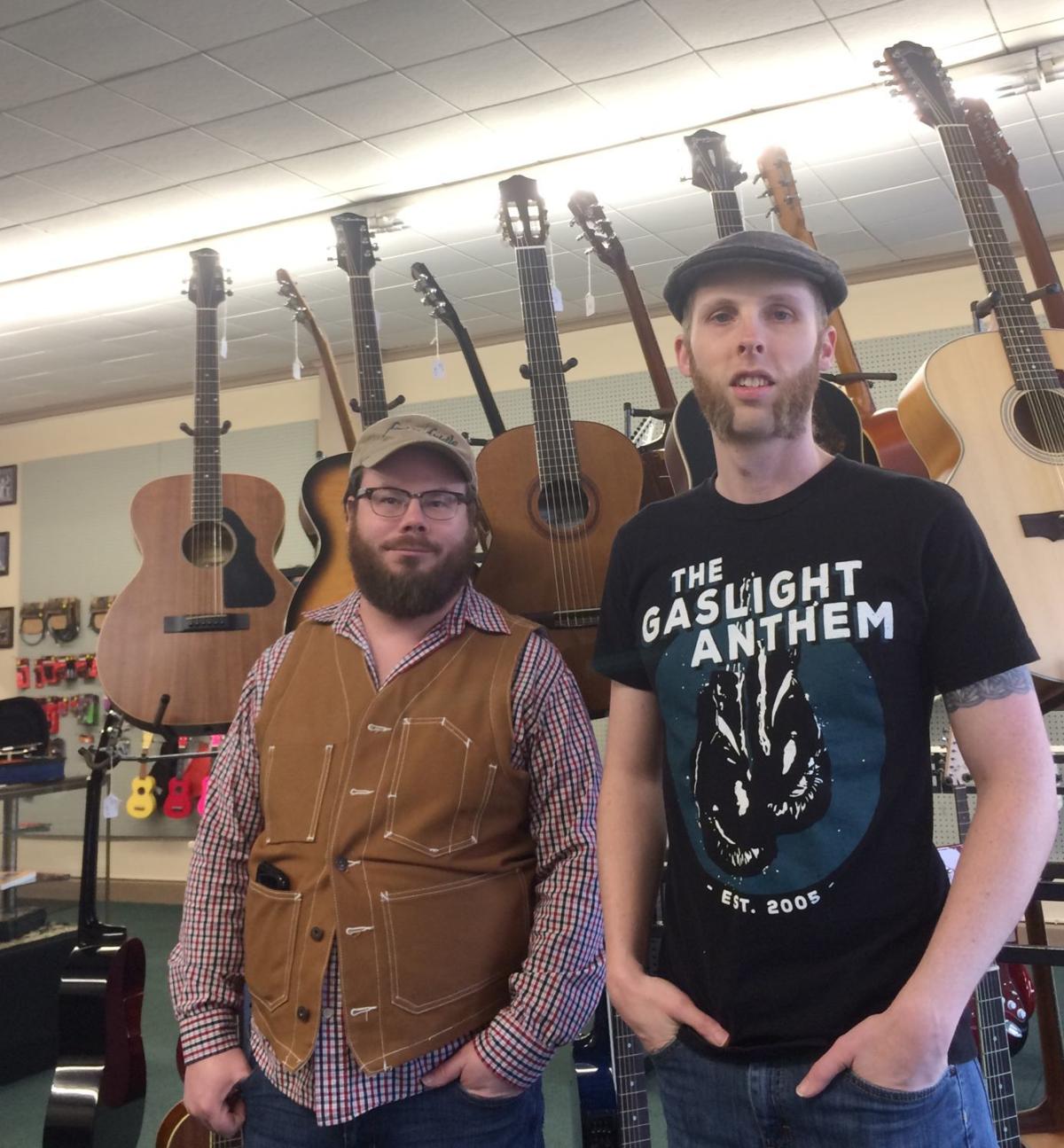 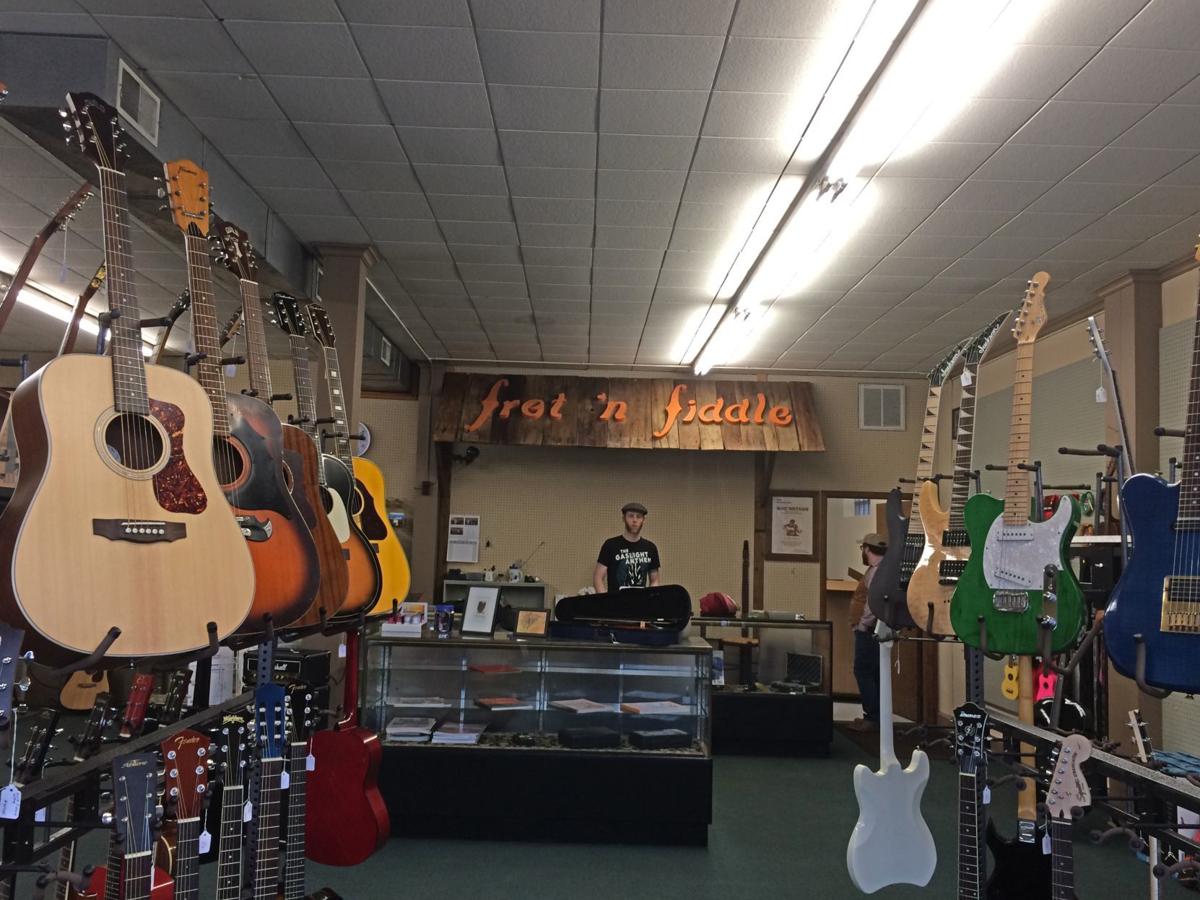 The Fret ‘n Fiddle is almost completely restocked with guitars, banjos, fiddles and more after being closed for most of 2018. Manager Dan Carney is seen in the background of the St. Albans store, which opened originally in 1980. 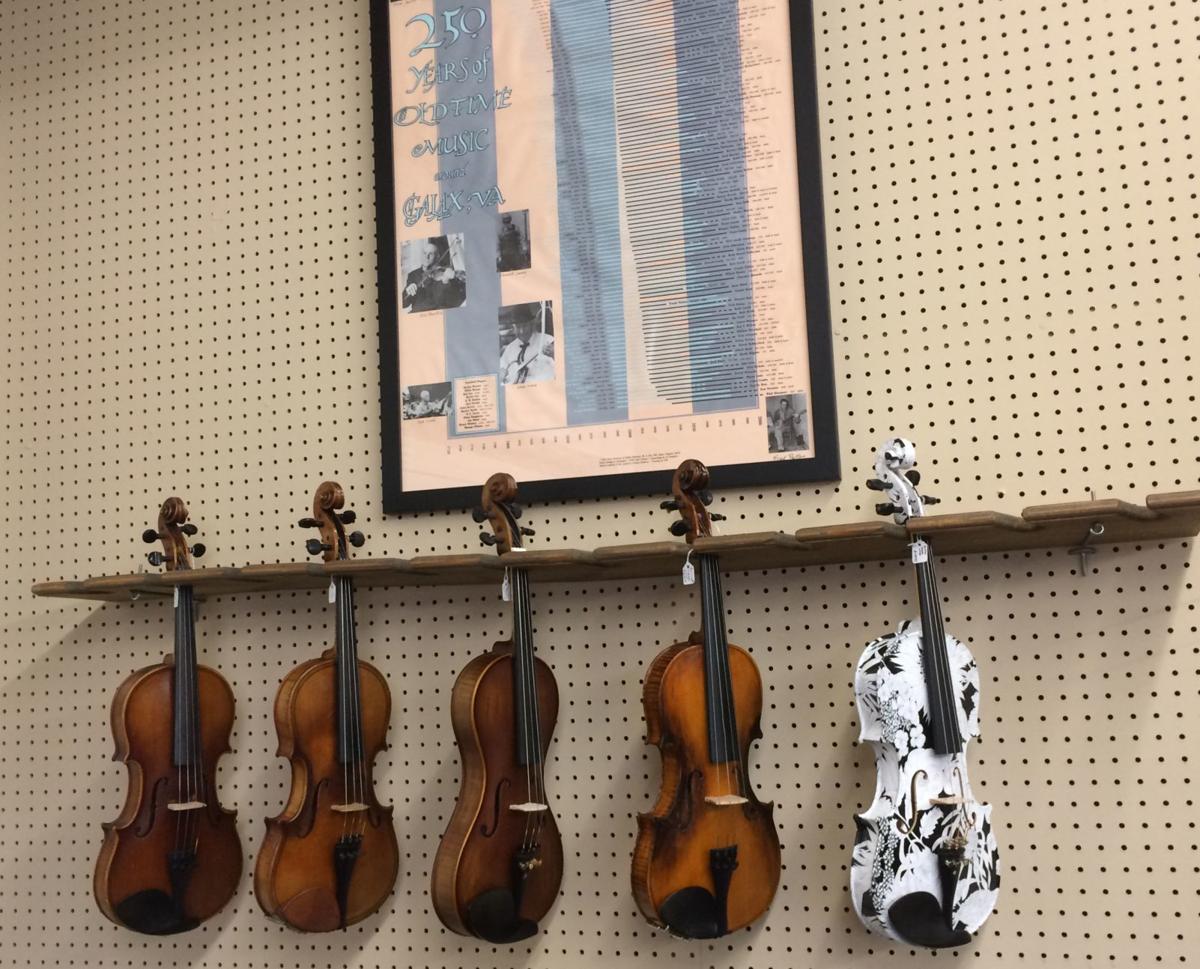 Fret ‘n Fiddle is as fit as these fiddles and ready again to serve customers from throughout the region.

The Fret ‘n Fiddle is almost completely restocked with guitars, banjos, fiddles and more after being closed for most of 2018. Manager Dan Carney is seen in the background of the St. Albans store, which opened originally in 1980.

Fret ‘n Fiddle is as fit as these fiddles and ready again to serve customers from throughout the region.

Daniel L. Dawson and fellow musician and businessman Dan Carney wanted to keep the music of the mountains alive -- in the memory and spirit of -- and as a tribute to -- its late founder and owner.

It was a major motivation for them to reopen the Fret 'n Fiddle at 809 Pennsylvania Ave. in St. Albans a week before Christmas, after nearly a year of its being shuttered.

Joe Dobbs, an old-time musician himself, started the Fret 'n Fiddle in Huntington in 1976 with his brother, Dennis. He relocated the musical instrument and repair business to St. Albans as its sole owner/operator in 1980.

Pipe organ repairman and entrepreneur Chris Nagorka purchased the Fret 'n Fiddle and its adjoining property last year, renamed it the St. Albans Music Building and undertook extensive renovations and upgrades to the site. Nagorka reached out to former Fret 'n Fiddle employees Dawson and Carney and encouraged them to reopen the business on the premises.

"I started working for Joe in October 2010," the Cross Lanes resident said. "I worked with him until he passed, and then his family took it over and I was the manager until they closed it."

Carney, the new Fret 'n Fiddle manager, worked for Dobbs at the Fret 'n Fiddle starting in 2015. "He's the only person who ever held a job for me, which was cool," the Nitro resident said. A Point Pleasant native, Carney began taking music lessons in the upper level of the store and stayed on to work there full time.

They both said last year's closing of the store came as a total shock.

"They gave us no notice whatsoever," Dawson said. "It was April 5 when I came in. By the time I got here, they had had somebody come in and change the locks. Basically, we had to get all of our possessions out that day.

"We do a lot of repairs," he said, "and I was worried about people getting their repairs back. We've had at least one person come back and say they never got their guitar. I gave him the previous owner's number and hope he gets it back."

Dawson said Nagorka bought the property last June or July. "He contacted me sometime in late August, and he asked if we wanted to move back into this section of the building. He's going to do some music stuff on the other side, and community types of things where people can have parties or jam sessions or things like that."

"We're almost there," Carney said of the replacement of new and used acoustic and electric guitars, fiddles and violins, mandolins, banjos, ukuleles, other stringed instruments and a variety of accessories in the Fret 'n Fiddle inventory.

"There was a ton of stuff before. We started out with nothing, actually," Dawson said.

"They just left the showcases and the sign," Carney added.

"We don't do pawn services now," he said, with Dawson adding, "We buy, sell and trade."

"We still do repairs, too. That's a big part of the business," Carney said.

Their customer base of musicians extends beyond the Kanawha Valley to points as far as Parkersburg and Fairmont and even occasionally from out of state.

"Mainly, we serve Southern West Virginia," said Carney. "We get a lot of people from Boone County. There's one family that comes every week from Chapmanville for fiddle lessons."

Music lessons are also continuing upstairs at Fret 'n Fiddle, with some remodeling of that area planned.

Fittingly, Dawson and Carney are both fiddle players -- as well as guitarists. "Everything else, we try to pick up," Carney noted.