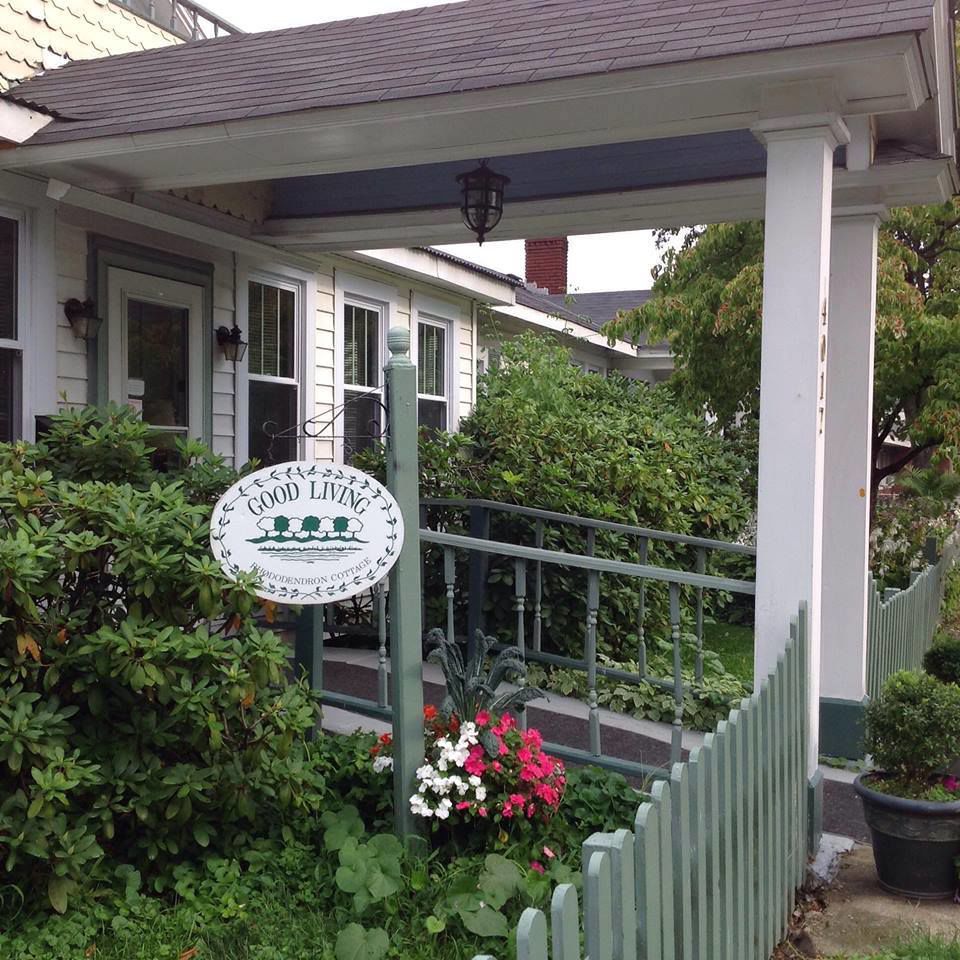 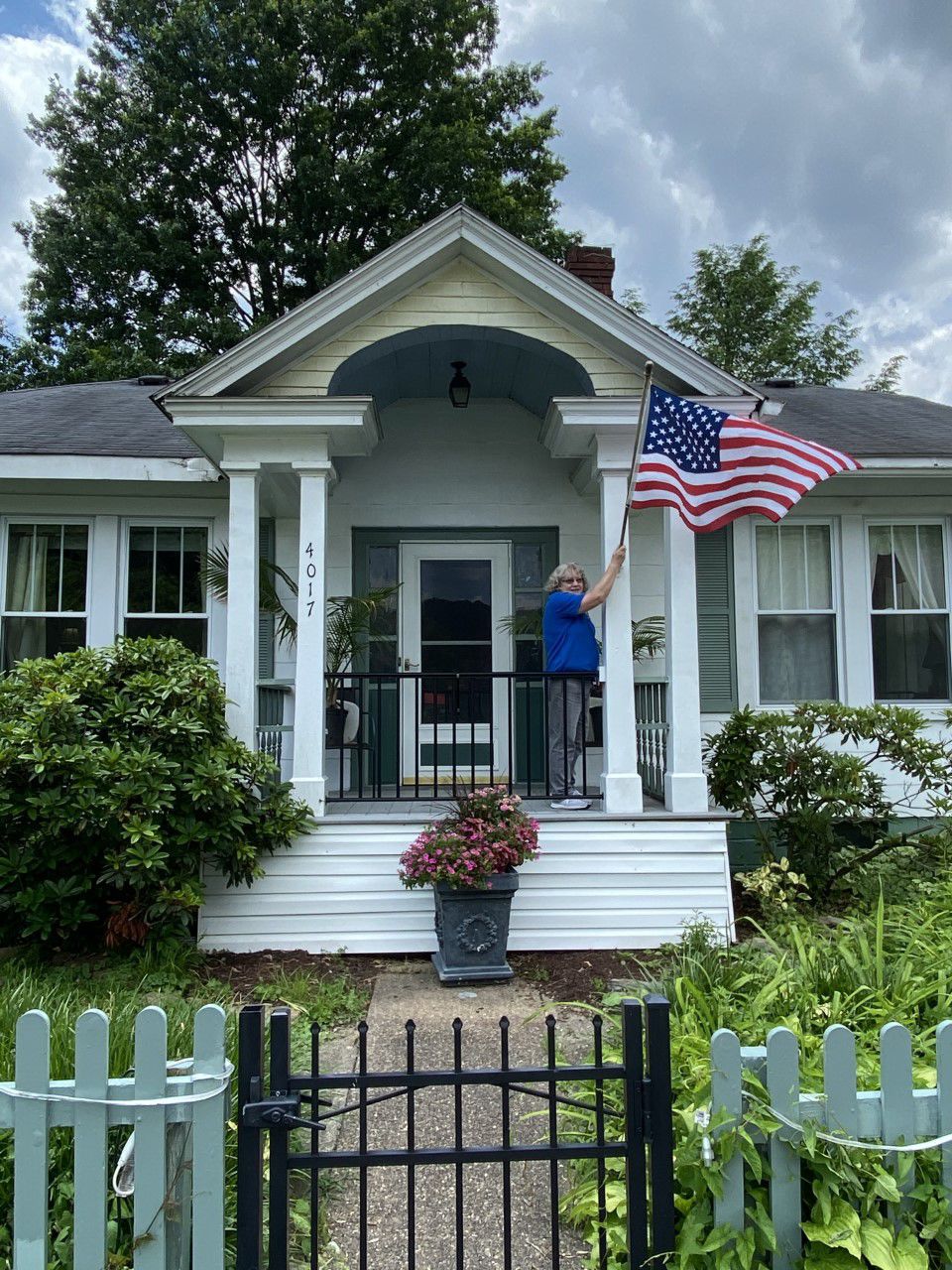 Debbie Lewis raises the American flag at the entrance of Good Living Assisted Living in Malden. 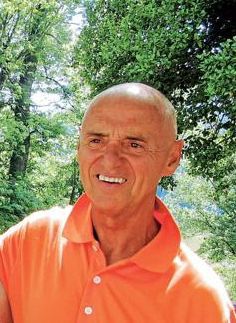 Debbie Lewis raises the American flag at the entrance of Good Living Assisted Living in Malden.

A Malden assisted living facility has cultivated a comfortable, hometown-minded approach to providing senior care during social distancing and other current worldly concerns.

Among its amenities, Good Living Assisted Living at 4017 Salines Drive has fashioned a flower garden area for its residents — and the public — to enjoy natural beauty and moments of solitude and reflection.

“Picket fences, flags, flower gardens and a beagle on the porch might suggest that the rambling, white house between the Baptist Church and Malden Elementary School could be the bed and breakfast in the Malden Historic District,” Good Living owner James Thibeault said. “It’s a curbside first impression that has fooled more than one first-time visitor looking for the institutional-style box building with the large chandelier entrance and bowling alley-like hallways.”

“Its look reflects the community’s historic character and the intuitive appeal for a place that looks like what many West Virginians might call home,” the Malden resident said.

“Sitting porches are plentiful and close enough to the streets for a conversation but still within safe social distance. There are five outside covered porches and a covered gazebo in the enclosed garden. There are six interior sitting areas,” Thibeault said.

A ramp system on the rear of the facility connects to a developed shady garden with an enormous oak canopying the area.

“Open Air Therapy, as it was known in the Spanish Flu of 1918 pandemic, won many advocates for its success in exposing patients to fresh air and sunshine. Some hard-won experience from the greatest pandemic in recorded history could help us today in the weeks and months ahead. Simply provide yourself fresh, circulating air and sunshine, and, as one Good Living resident regularly says, ‘Ten minutes and I feel better,’” Thibeault said.

The three original cottages that make up the Good Living facility were each a home for teachers at the former Malden High School and then Malden Elementary School. They were later repurposed into a single building.

Good Living started in 1981 by Thibeault’s late wife, Karen Glazier, after she acquired a master’s degree in community and geriatric social work.

“The GLAL model is very different from the typical long-term care model in that it is intentionally small, located within a community and values all things home-like, which are possible within guidelines set by state officials,” Thibeault said. “This is not a highly profitable model and probably never will be traded on the Stock Exchange.

“However, in times such as these, the adaptability of being small proves to be safer and a comfort for families and residents,” he said. “The confidence and relationships between residents’ family and staff actually can border on family. Hospital visits and even transfers away are followed by staff members who like to continue their relationships with residents for life.

“Paying and regularly rewarding the committed staff person what they deserve will always be a challenge,” Thibeault said. “Paying daytime workers a minimum of $15 per hour is a very important goal for Good Living. We recognize that care is number 1, but the environment the employee works in is extremely important as well.”

“A 14-year-old therapy beagle named Stella works for pats and handouts five or six days a week. A 17-week-old Goldendoodle named Tripp is just beginning to learn the ways of a therapy pet work, so Stella can retire sometime in the future.”

“Being neighbors means a lot,” he said. “A local church man delivers farm-fresh, organic eggs and in-season, fresh vegetables. The Good Living Handyman, Kenneth Short, is known for his family operating the last local hardware store and his work with the Malden Volunteer Fire Department and local church.”

“Jeannie worked for 19 years at CAMC before she came on in 2018. She brought her daughter, Laura, and then her sister, Debbie, to work at the community business.”

“Jeannie, whose CAMC experience made her profoundly aware of the importance of bleaching, trained and led fellow workers in these daily practices.

“When you’re a small facility, resident families practice incredible acts of kindness and generosity, not just once but often over the years and sometimes afterwards. A local judge makes her mother’s favorite cake each year on her birthday. A resident’s daughter-in-law prepares her mother-in-law’s favorite meal for residents.”

Family members also arrange and present birthday parties and other special gatherings for the residents, whether or not they are related to them, in many instances.

“The extended family is helpful to those with distant families or no relatives at all. The workings of such a place inspire and feed everyone in every way, because the human scale makes this possible,” Thibeault said.