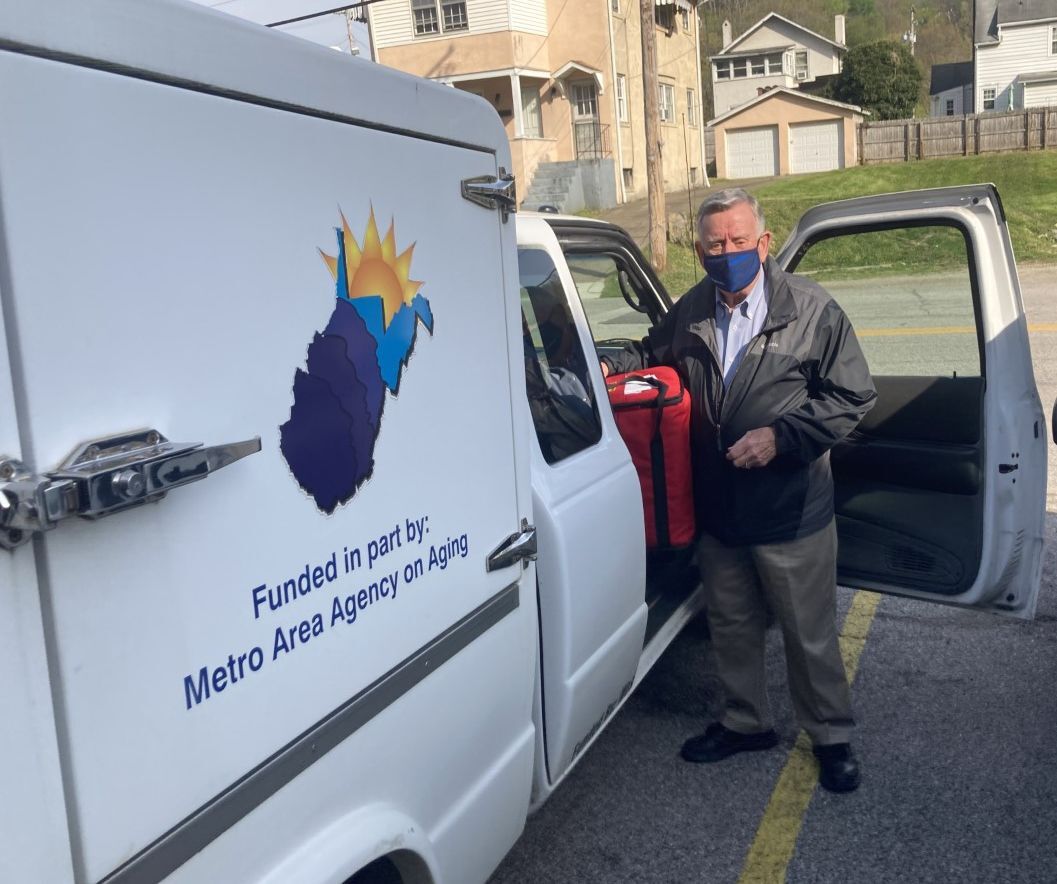 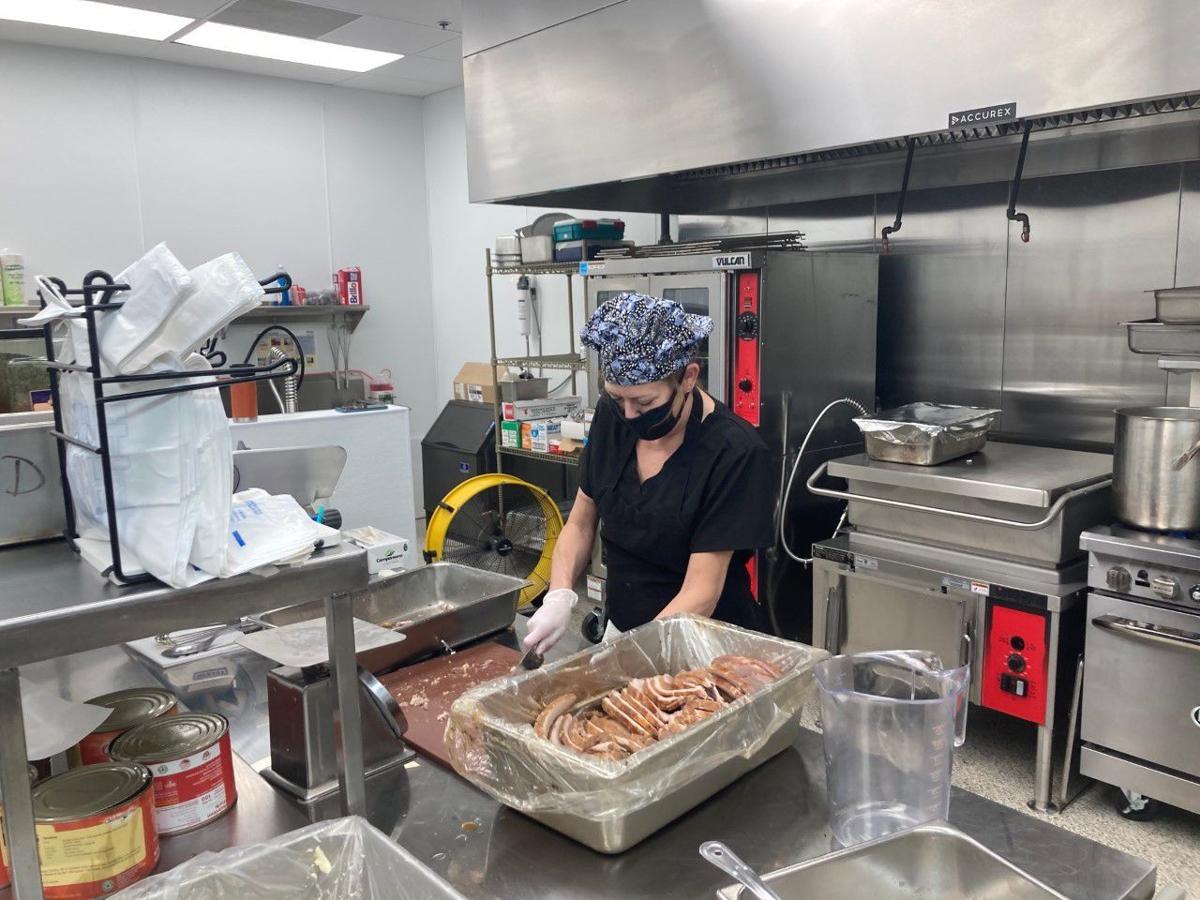 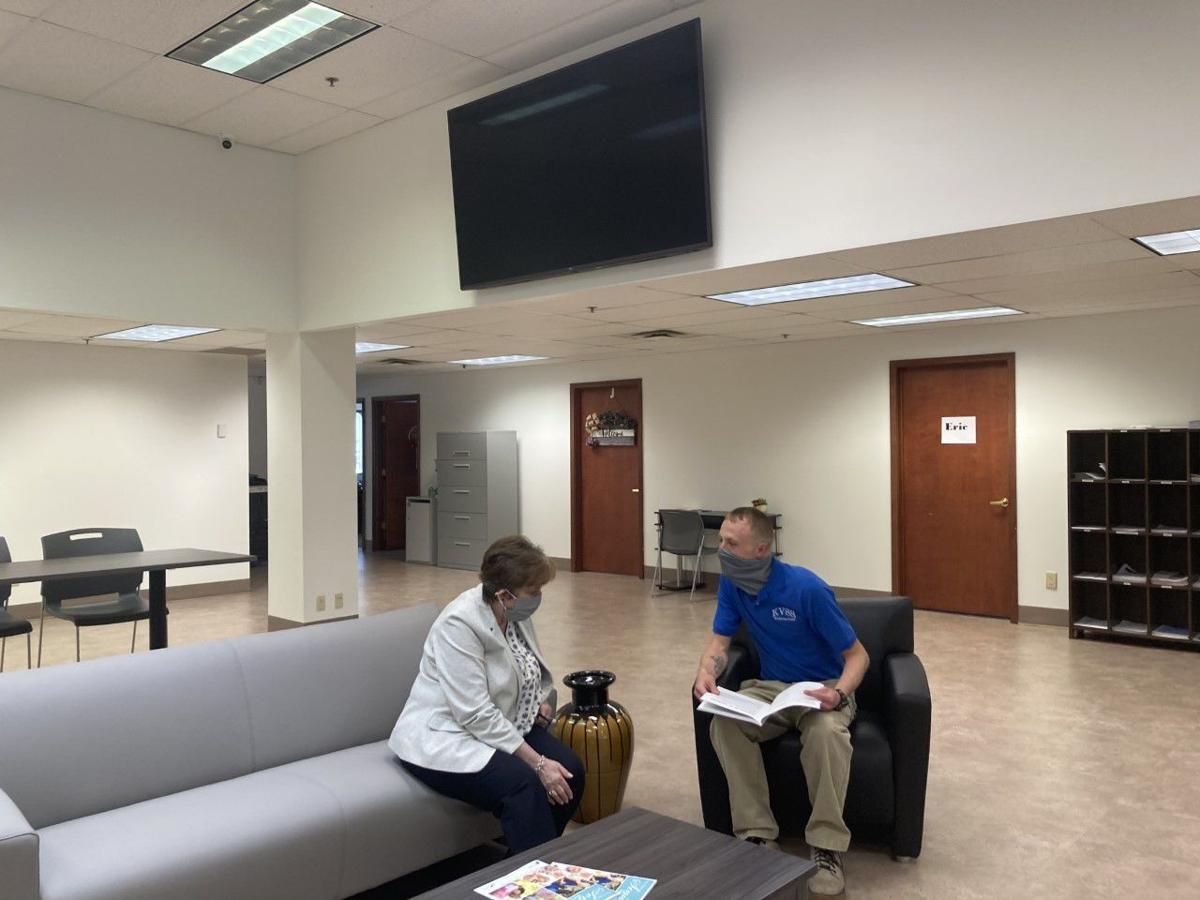 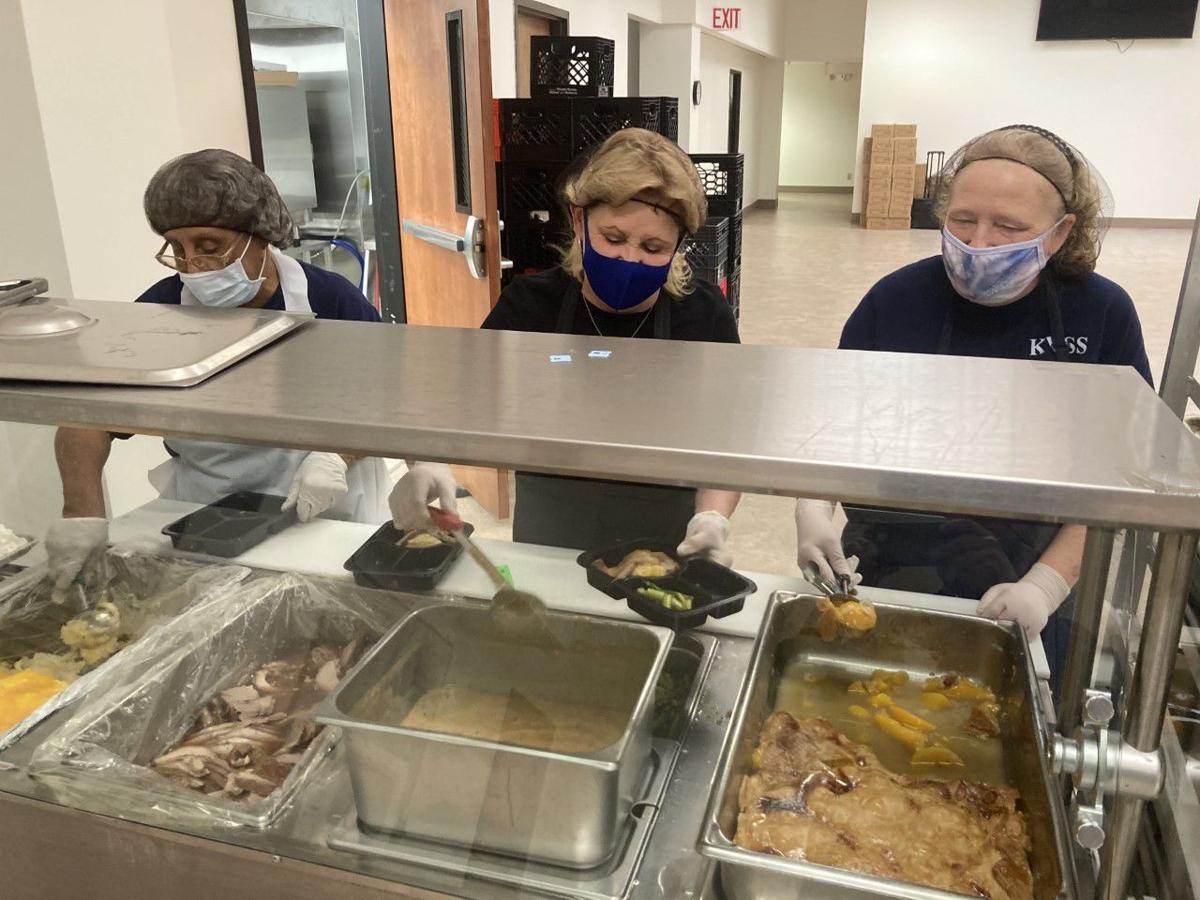 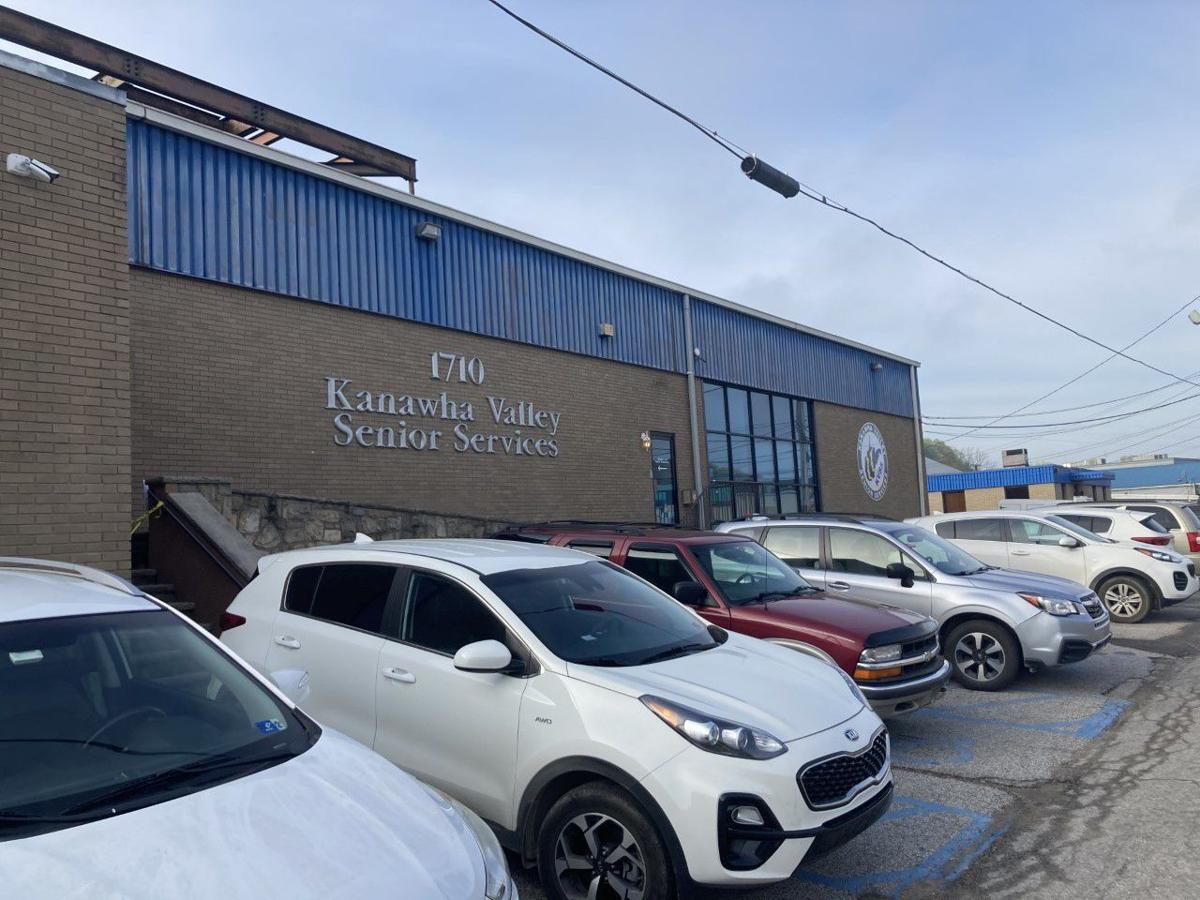 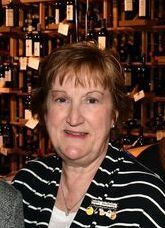 In the midst of plentiful pandemic restrictions, setbacks and delays, the Kanawha Valley Senior Services staff has forged ahead diligently to get their newer, bigger West Side headquarters fully functioning and publicly accessible again.

Staffers have actually been working in and around construction and COVID-19 constrictions at the Pennsylvania Avenue facility since last summer, said KVSS Executive Director Paulette Justice. Justice said she anticipates reopening the new headquarters to the public at large in coming weeks, per getting the safety clearance go-ahead from state officials.

Once that happens, visitors will be able to meet freely in spacious conference areas; enjoy nutritious, onsite meals prepared in a brand-new kitchen; and partake in art, sewing and other recreational and social activities.

In-home care and financial offices are under the new roof. Underway are units for the KVSS’ Alzheimer’s day program, which will feature a sunroom among its amenities for those with Alzheimer’s disease, their visitors and their caregivers.

The COVID-19 epidemic brought many of KVSS’ services to Kanawha County senior citizens to a standstill in March 2020, as well as the nonprofit agency’s long-running plans to relocate to the new, 14,000-square-foot, leased property.

“When I came in 2013, we were located at 2428 Kanawha Blvd., which had been designed as a home not as an office,” Justice said. “We also had the two other locations, at 600 Florida St., the old Tiskelwah Elementary School, and the CANS — Charleston Area Nutrition Site — cafeteria in front of that. That building was very old and it was very expensive to fix things.”

“We landed here at 1710 Pennsylvania Ave.,” Justice said. “It was a place that was all on one floor. The other locations had steps and elevators, but it was just very cumbersome. This has a lot more ease of entry.”

Upgrades and additions have been made for a full year and counting, she said.

“It’s been a long process, but we’re very proud of it. It’s open. It’s spacious. It’s clean and bright. I think it’s a more cheery environment,” she said.

“It’s all very accessible. I think once seniors can come beyond the front door and come inside again, they’re going to be very pleased. We’ve been approached to have new things here, such as a Bridge Day for card games, and to restart our Zumba program. We are doing virtual Tai Chi for Arthritis classes here, which people can do at home,” Justice added.

“When COVID-19 came, it hit us around March 23 last year. We had to shut down our congregate meal program, our Alzheimer’s day program — wherever people gathered, for computers or exercise, sewing, typically anything we did with groups,” she said.

Rather than serving sit-down meals as had been a weekday custom, KVSS pivoted to offering “grab and go” pickup meals for clients. “They’d come in one at a time to our facility, sign in and then take the meal home to have for lunch.

“We still have our grab and go program here. We’ve added over 1,000 new people between March 23, 2020, and the end of January. We’ve probably added 35 new people to the meal routes, with four new vehicles and three new drivers.

“It’s booming, as far as meal routes,” said Justice, adding that the meal expansion has been even more beneficial for many of the seniors served. “We’ve had physicians call us recently, telling us how their patients were in the hospital for malnutrition and various other medical issues. And now they’re back in for their follow-up visits, and the physicians are telling us how much better their patients are doing.

“They’re attributing getting one balanced meal a day to that, as well as those meals that are home delivered. They get someone at their front door to check on them if they don’t have any support in the area. The drivers actually become their friends, and they look forward to seeing them coming.

“All in all, I think it’s been a great decision to move. As we continue to work out the kinks, a lot of what we’ve done here has been supported through state, county, federal and local foundations for supplying food to prevent food insecurity among seniors.”

Justice also commended the assistance that has been provided to KVSS programs by the Kanawha County Commission and Charleston Mayor Amy Shuler Goodwin.

“Mayor Goodwin is working with us on getting an elevator grant,” Justice noted, “as well as some better accessibility to the front of the building. We’re also working with the Legislature to help support some of our construction. Things like automated gates and handrails.

“Everybody’s been excited by it; they want to see services for seniors grow, because it’s a large part of our population, and, you know, they’ve laid the groundwork for us and we now need to support them as they age. So, we’re very proud of what we’re doing,” Justice said.

She added that KVSS seeks volunteers regularly to serve as caregivers and meal delivery drivers. “It’s been very difficult with unemployment and people staying in their homes, fearful to come out and apply for jobs. It’s been difficult recruiting people to work.”

For more information about health, social, transportation and other services; financial support and volunteer opportunities, Kanawha Valley Senior Services can be contacted at 304-348-0707, info@kvss.org or www.kvss.org.