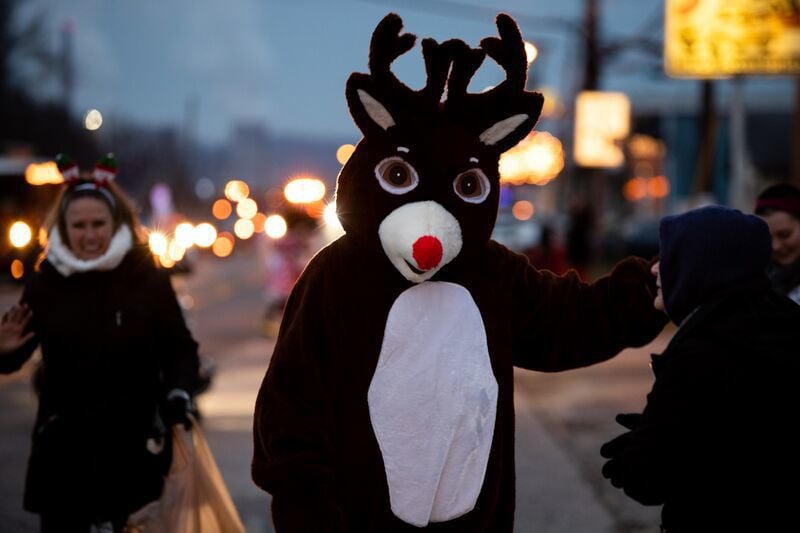 Rudolph the Red-Nosed Reindeer will be among the North Pole dignitaries expected to take part in Nitro’s annual Christmas parade on Saturday, Dec. 14. Courtesy photo

The City of Nitro’s annual Christmas Parade will ring in the holiday season this year on Saturday, Dec. 14, and more participants (and leashed pets) are sought to make it even merrier.

The parade will include the Nitro High and Andrew Jackson Middle School’s marching bands, local floats, holiday characters and, of course, the guests of honor, Santa and Mrs. Claus.

The parade will begin at 1 p.m. After the parade concludes, from 2 to 4 p.m., visitors can have their pictures taken with with Santa and Mrs. Claus at Nitro’s Living Memorial Park. The Nitro Police Department will be providing free pictures on site to the public.

While everyone is waiting to get his or her picture taken, there will be arts and crafts booths open for children to make a holiday ornament and even pick up a bag of reindeer food.

“Many people loved Nitro’s previous Christmas parades, so we hope even more people will attend this year’s parade,” Nitro Mayor David Casebolt said. “We are excited about adding the events in the Living Memorial Park after the parade.”

The parade will begin at Pickens Road west of the railroad tracks on the northern end of Nitro. The parade route will be two miles long. Anyone wishing to walk the parade route with their pet is welcome to do so and, for the best dressed pet in holiday garb, the city is providing prizes of $100 for first, $50 for second and $25 for third places.

Additional information about the parade and registration to participate in it are available by calling 304-382-1133.