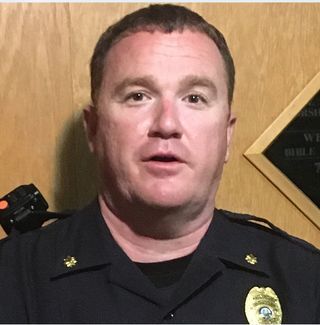 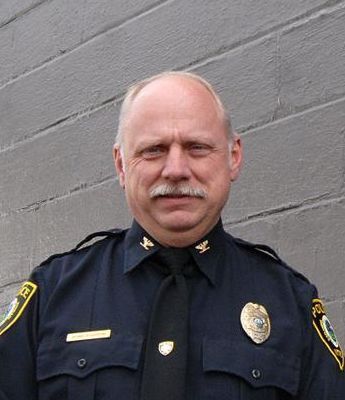 A St. Albans native and resident and St. Albans High School graduate, Fleming has been with the Nitro Police Department for more than 18 years, joining the force when he was 25 years old. The husband and father of two will become Nitro’s chief of police officially on Dec. 18.

“It’s exciting,” Fleming said last week during a telephone interview. “The job can be a little bit nerve-wracking; it’s a pretty big responsibility, but I’m looking forward to it.”

Eggleton is leaving the NPD to become Putnam County’s sheriff, effective on Jan. 1.

Eggleton has served as Nitro’s police chief since July 2017. Prior to that, he worked for 20 years in various capacities with the Charleston Police Department, retired for approximately nine months, became Winfield’s chief of police, and then took the NPD chief’s position afterward.

“I’d had the intention of eventually running for the office of Putnam County sheriff,” Eggleton said last week. “I’m a Putnam County boy. I graduated from Hurricane High School and live there.”

Eggleton won the primary election for Putnam sheriff earlier this year and ran unopposed in this week’s general election.

“I’m looking forward to that,” he said, “but I love Nitro. The people here have been so good to me — everything’s been so good, so I really have mixed emotions, but, for me, it’s all about challenge and changes, so I’ll go to Putnam County and do my best there.”

Casebolt said he expects a smooth and successful transition as Fleming takes over for Eggleton next month.

“Bobby’s done an outstanding job for us,” the mayor said. “He’s been with us for about three years, and, during that time, he selected Chris to be his executive officer. He’s been in that role, under the wing of Bobby. Bobby has basically been training him for this role.

“Bobby highly recommended Chris, because he has all the capabilities and all the experience and a good rapport with the guys in the department,” Casebolt said.

“I’ve always been impressed with Chris,” he added. “He’s very straightforward, works hard, and he’s a good family man. He’s got the respect of his peers. I think he’ll do a great job for us.”

Eggleton echoed the mayor’s sentiments about his replacement.

“Chris has been my deputy chief for about two years. He’s as trustworthy and as loyal a man as I’ve ever met. His qualifications are very good for the position for chief of the Nitro Police Department.

“He’s spent his whole career here,” Eggleton said. “I told the mayor, ‘I think it’s time to turn this back over to a homegrown boy.’ I think he’ll be very successful.”