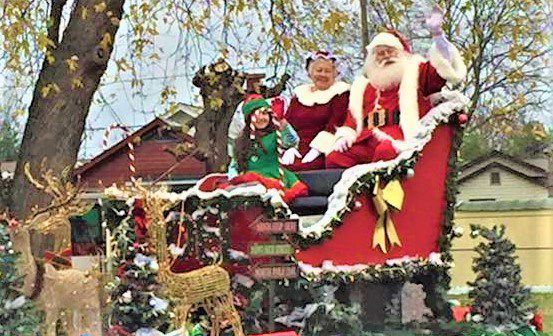 St. Nick will be in St. Albans on several occasions this holiday season. Courtesy photo 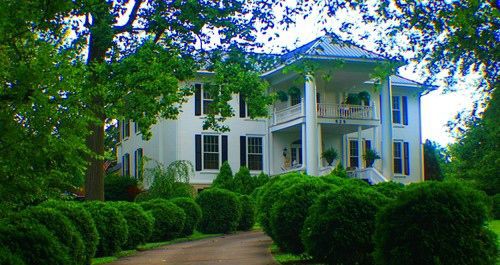 The St. Albans Historical Society will host the annual Historic Homes Tour, featuring landmarks such as Raven’s Court, through the city on Dec. 14, from 5 until 8 p.m. Courtesy photo 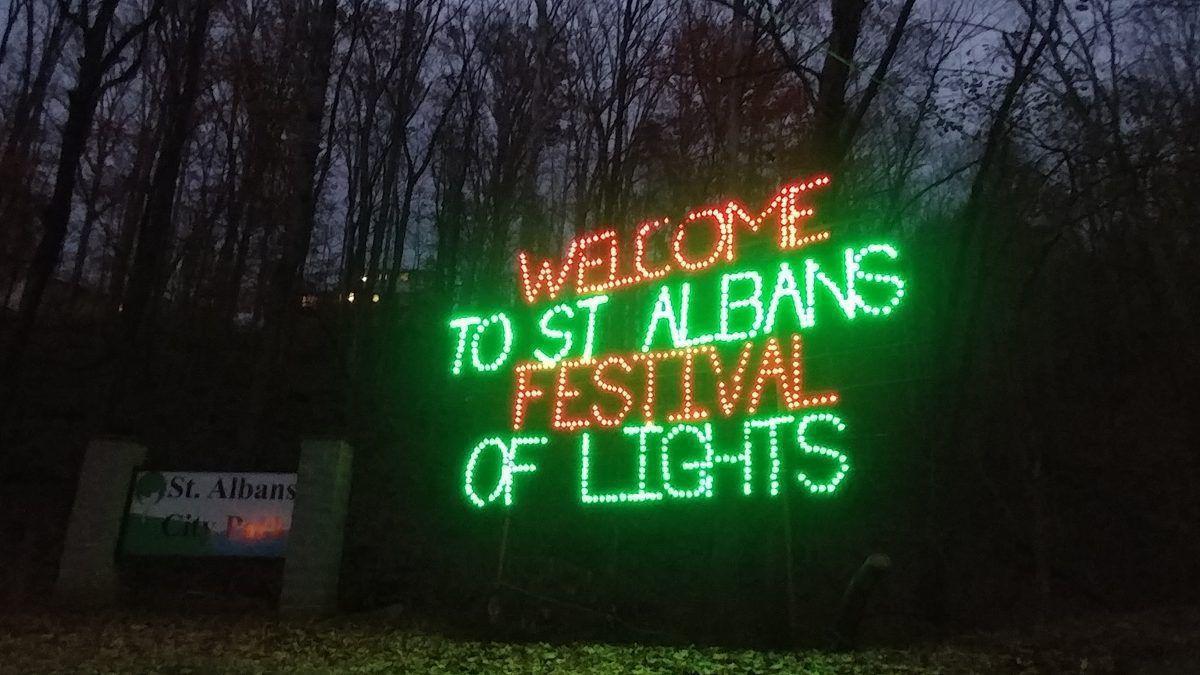 The St. Albans Festival of Lights at St. Albans City Park is open each evening from 6 to 9 p.m. through Dec. 26, excluding Christmas Eve and Christmas Day. 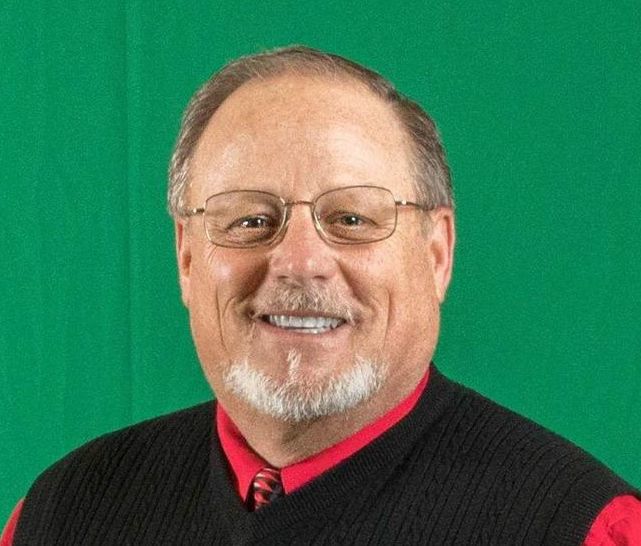 St. Nick will be in St. Albans on several occasions this holiday season. Courtesy photo

The St. Albans Historical Society will host the annual Historic Homes Tour, featuring landmarks such as Raven’s Court, through the city on Dec. 14, from 5 until 8 p.m. Courtesy photo

The St. Albans Festival of Lights at St. Albans City Park is open each evening from 6 to 9 p.m. through Dec. 26, excluding Christmas Eve and Christmas Day.

Black Friday didn’t live up to its name for the entire day this past Friday in St. Albans.

The St. Albans Festival of Lights got lit — literally — and underway officially — on Nov. 29, this year’s Black Friday mega-shopping day, and it will continue its widespread resplendence through Dec. 26 (excluding Christmas Eve, Dec. 24, and Christmas Day, Dec. 25, when it will be closed) at St. Albans City Park.

The festival, which will be open from 6 to 9 p.m. on the dates listed above, will feature thousands of holiday lights and decorations.

Santa Claus will also be at the festival for meet-and-greets and photo opportunities ($5 per picture). He’ll be at the top of the hill near the park’s pool area, with hot chocolate, coffee and cookies available for refreshment by donation there as well.

“This is the 31st year for the Festival of Lights; it began in 1988,” St. Albans Parks and Recreation Department Superintendent Kevin Pennington said. “I’d say 90% of what’s in it is hand made by the Parks guys. They do a fabulous job.”

Pennington said this year’s festival will include some new (and surprise) attractions — and a few favorites from past years.

“Each year we have a few new additions. This year, we’ll have a large dragon, after the St. Albans High School Red Dragons. After four or five years without them, we’re bringing back the drive-through tunnels. Deputy Dog will be coming out of a 10-year retirement for the festival. We’ve cleaned him up, and he’ll be there to protect the dog park,” Pennington said.

Admission is free to the festival, although monetary and nonperishable food donations are welcome.

The St. Albans Festival of Lights is also pet friendly, provided your pets are on leashes.

“We try to make Christmas a special time for the citizens of St. Albans and our visitors,” St. Albans Mayor Scott James said. “The Festival of Lights has continued to grow into one of the finest — if not the finest — light shows in the state. They’ve added some new displays and also brought some of the old displays back, so we’re looking for probably the biggest show with the most displays we’ve had in a few years.”

On Dec. 6 through Dec. 8 and Dec. 13 through Dec. 15, the Alban Arts Center at 65 Olde Main Plaza will host the Astral Theatre Collective’s stage presentations of “Adventures in Santa Claus Land.”

Directed by Kelly Strom, the play tells the story of three children who, when they are unable to be united with their father for Christmas, embark on an adventure where they learn about the importance of believing in the impossible.

John Johnson of St. Albans is the founder of the Astral Theatre Collective, and he wrote the script for the production, based, he said, upon a short story (about six pages short) from the 19th century.

“The concept came from a story written in the 1870s, a travel piece about a little girl who goes to Santa Claus Land,” he said. “Things are a little different there. Instead of a workshop, Santa has a garden that toys are pulled from.

“I updated it a bit,” Johnson said. “It’s set in the 1950s during the Korean War. “It’s a story about three young children who travel to Santa Claus Land,” Johnson explained. “Along the way, they meet several colorful characters that make the play a bit more interesting. They meet the Big Man himself. It has Krampus, the anti-Christmas figure; all of the elves and reindeer. The audience will see a lot of familiar things as well as some things you aren’t familiar with.

“The whole play has a premise that kind of poses the question — do you believe? It’s a play about belief and it’s geared toward children. We’re very much looking forward to performing it,” Johnson said.

Friday and Saturday performances of “Adventures in Santa Land” will start at 8 p.m. The Sunday matinee performances will begin at 2 p.m. each weekend.

Santa Claus and Mrs. Claus are also tabbed to be the special guests of honor at a tree-lighting ceremony which is scheduled for 6 p.m. Friday, Dec. 6, at 63 Olde Main Plaza in St. Albans.

In conjunction with the City of St. Albans, The Friends of Christmas in St. Albans will host the city’s annual Christmas parade on Saturday, Dec. 7.

Lineup will commerce at 1:30 p.m. at St. Francis Church. Larger vehicles are requested to come to the Hansford Center.

The parade will start at 2:30 p.m. and proceed from the church on Sixth Avenue to Third Street to Olde Main Street and conclude at the St. Albans Loop.

Patty Swango, of the Friends of Christmas group, has earned the seasonal sobriquet “The St. Albans Parade Lady,” having helped organize it for the past several years.

For more information or to inquire about participating in the parade, contact Patty Swango at paradeladySA@gmail.com or at 304-549-4100.

On Saturday, Dec. 14, a holiday tradition returns to St. Albans with the 27th annual Christmas Historic Homes Tour. Produced and overseen by the St. Albans Historical Society, the tour will begin at 5 p.m. at the society’s headquarters at 404 Fourth Ave., next to the C&O Depot, and conclude at 7 p.m.

Shuttles will be transporting visitors to the various properties and making a continuous loop, if visitors opt not to drive the tour route themselves. A map will be included with the Historical Homes Tour brochure.

The properties will be adorned with Christmas decorations and offer refreshments.

Tickets will be $10 for adults; children and students will be admitted at no charge. Tickets can be acquired at the St. Albans Historical Society building on Dec. 14, also starting at 5 p.m.

Also on Saturday, Dec. 14, the St. Albans Farmers Market will sponsor a Christmas Marketplace, showcasing a variety of holiday gift items. The Marketplace will be held from 10 a.m. until 2 p.m. at First Christian Church of St. Albans, 2121 Kanawha Terrace, across the street from St. Albans High School.