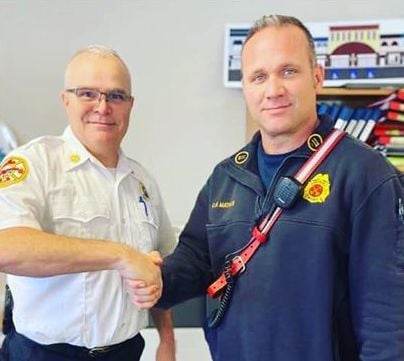 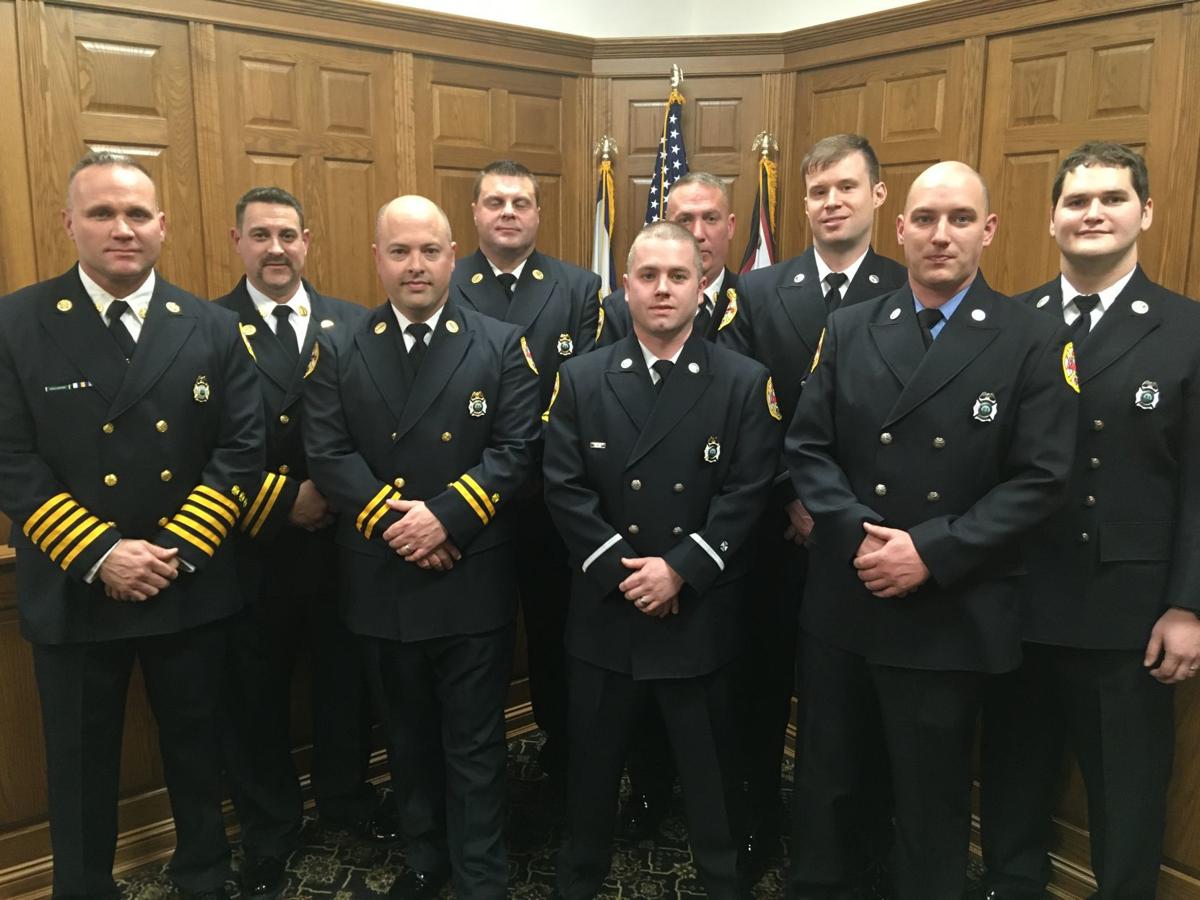 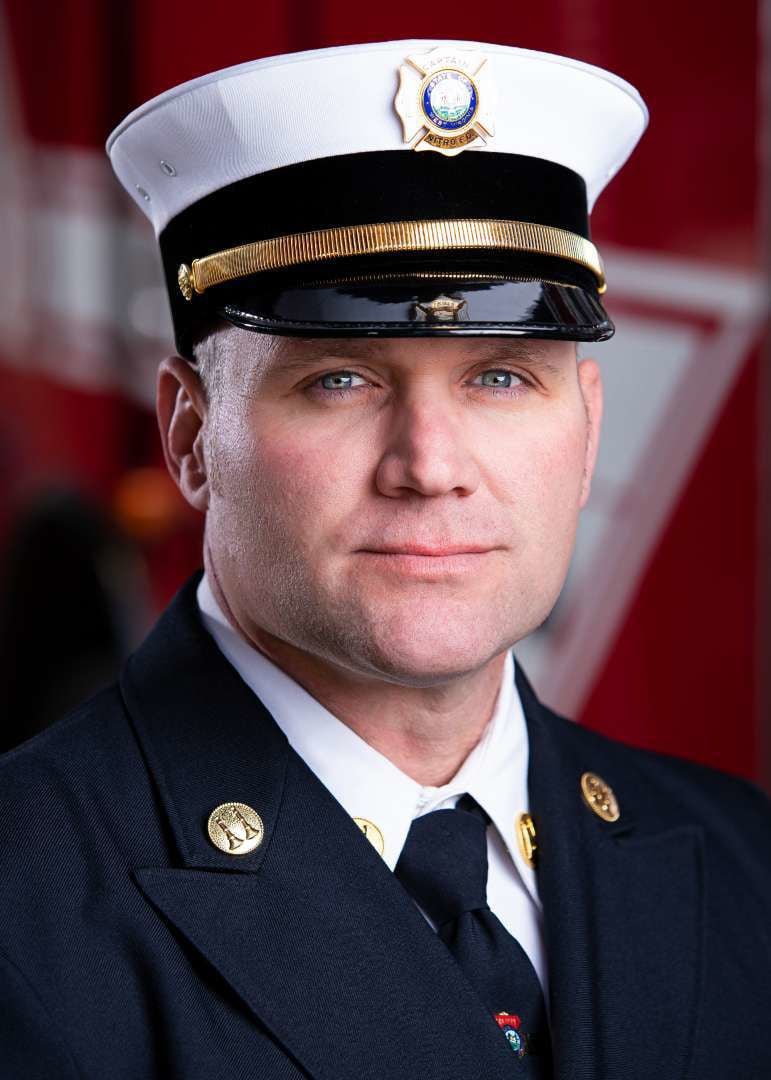 A veteran firefighter is continuing a longstanding family and career tradition as a fixture of the Nitro Fire Department, rising to the rank of fire chief.

Mathes is a fifth-generation Nitro firefighter and, now, a third-generation fire chief. Prior to his recent appointment, he served as a captain of the NFD for the past six years. The 40-year-old has been a member of the NFD since 1997.

Mathes’ grandfather, E.W. “Hatrack” Hedrick, and uncle, E.W. Hedrick II, also served as Nitro fire chiefs during their careers. His brother, Chad Mathes, serves as a captain in the department as well.

“My grandfather was here for 27 years and my uncle worked under him,” Mathes said. “I got hired and worked for my uncle and my brother.

“I remember growing up and hearing calls and about plant fires in the area; my family listened to the radios at the time,” Mathes recounted. “That kind of stuck with me. And I grew up around the department my whole life.”

When he was 18 years old, Mathes applied for an on-call position with the NFD. “I was accepted and the rest, as they say, is history, as I rose through the ranks,” he said.

“It’s been a dream and something I knew I wanted to do,” Mathes said. “My grandfather passed away in 2004, and there’s been an emotional side that just hit me today of being a third-generation fire chief here.”

Born and raised in the city, he and his wife, Courtney, and their children, Craylin, 9, Corbin, 3, and Cohin, 2, live in Nitro. “We’ve got a lot of roots here and enjoy the area,” the fire chief said.

Casebolt commended Elkins for his role in recruiting new and capable members to the NFD and extolled Mathes in his new capacity with the department.

“Casey is well-known in the community as a very professional firefighter,” the mayor said. “I think he’ll be an outstanding fire chief and he can instill that kind of professionalism throughout the department. We’ve got a lot of new guys starting up with the fire department. They’re doing a great job, and I think he’ll have a lot of success.”

“It was a change for me,” Mathes said, “going from the [fire] truck for so many years to a day position, but we hit the ground running. There’s a lot to do, a lot to push forward with.

“I’m looking to modernize the Nitro Fire Department and put us back on the map with training and professionalism,” Mathes said of his immediate and long-term goals in his new position. “I want to work toward a better future with modern facilities and modern equipment.

“We run a lot of automatic aid. So manpower has always been an issue. We go from a ladder truck to an engine to a rescue, so we’re diverse. Getting people trained to that diversity is a challenge. There’s only so many people to go around, so we have to strategically get these people into proper training. ... Another thing we’re getting into is succession training, but manpower overall has always been a hard spot for the department.

“I’ve always been a hands-on guy. That’s never going to change. I trust my guys, but I want to be there to support them when need be, all around,” he said.