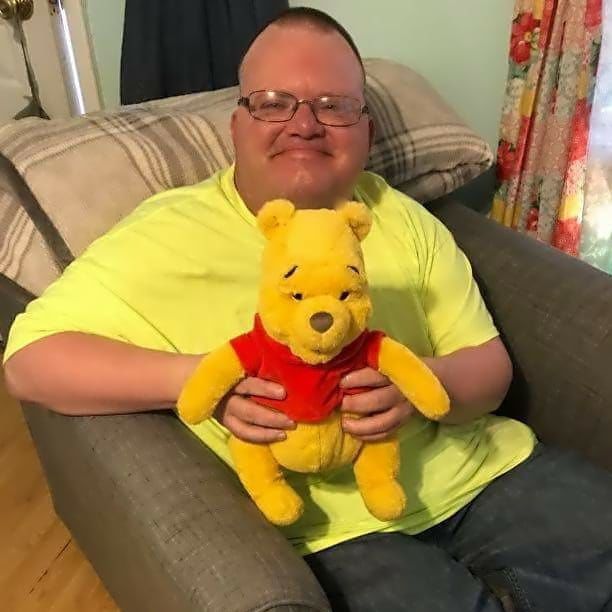 To help reduce Winnie the Pooh-like physiques in the community, St. Albans resident Jimmy Ferrell leads walking club strolls in the city twice a week, in conjunction with the St. Albans On Purpose Project. Courtesy photo 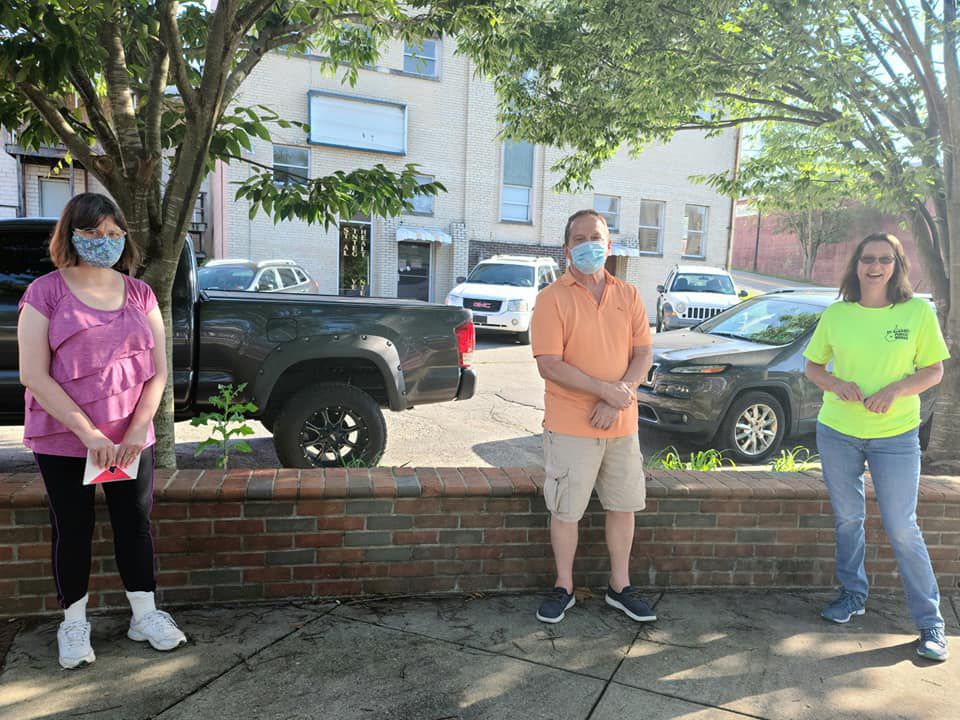 St. Albans On Purpose Project volunteers shown at a recent beautification effort in the city are, from left, Leslie Burch, Frank McCormick of the St. Albans Chamber of Commerce, and Jeri Ray. Courtesy photo 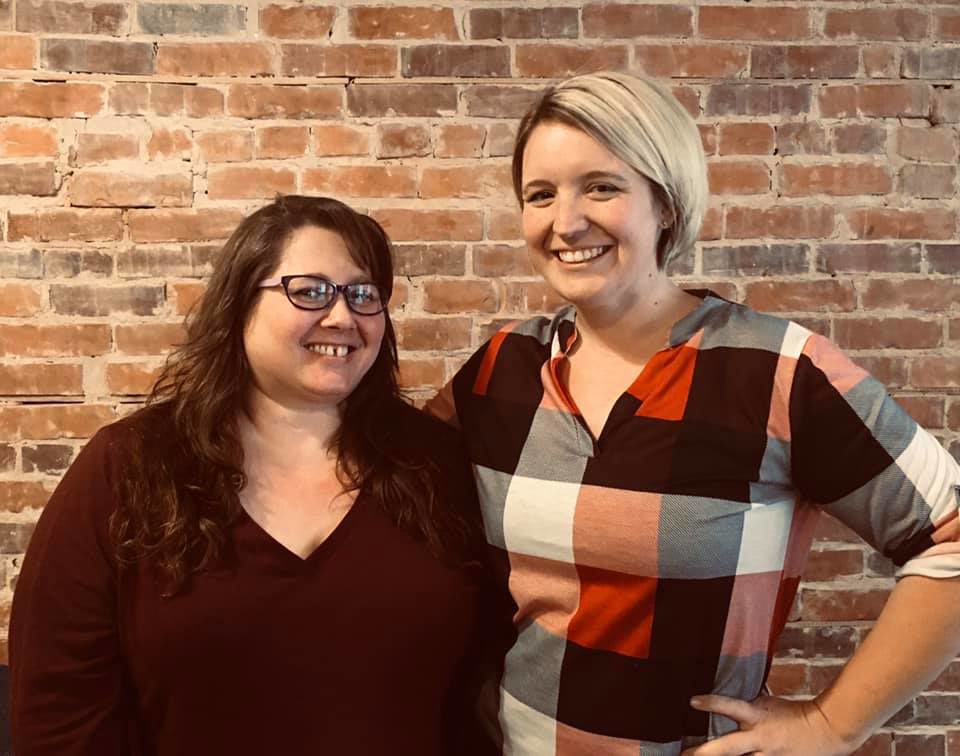 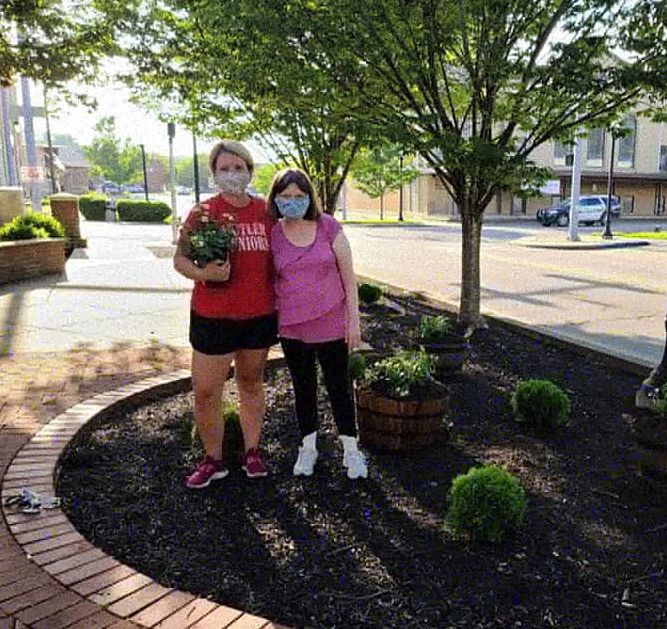 To help reduce Winnie the Pooh-like physiques in the community, St. Albans resident Jimmy Ferrell leads walking club strolls in the city twice a week, in conjunction with the St. Albans On Purpose Project. Courtesy photo

St. Albans On Purpose Project volunteers shown at a recent beautification effort in the city are, from left, Leslie Burch, Frank McCormick of the St. Albans Chamber of Commerce, and Jeri Ray. Courtesy photo

Funded through a 2019 grant from the West Virginia Developmental Disabilities Council, the St. Albans On Purpose Project is literally changing the landscape of the city while building new relationships among community members.

St. Albans On Purpose Project Coordinator Angie Breeden said she created the inclusion program to last year by drawing on personal experience. “I have children with disabilities and have done some work in the disability advocacy field,” she said “I realized one of the things in the disability world is that it’s missing and extra little bit of a community aspect. ... There’s a whole lot more to life than school and work; people want to get involved in their community. People with disabilities are citizens, and it’s good for them to be a part of the community and contribute in some way.”

Breeden said people with intellectual and developmental disabilities are asked what their interests are and they are paired with other people or entities who want to achieve the same goals.

“When we facilitate a project,” the St. Albans resident said, “it’s individualized. It’s not everybody just picking up trash or planting flowers.”

The St. Albans Purpose On Project began in October 2019 and operated for approximately nine months before being brought, essentially, to a standstill by the restrictions stemming from the COVID-19 outbreak.

“We’ve been working recently in the city’s flower beds,” she said. “We also have someone who is volunteering with the St. Albans Historical Society and someone who’s been wanting to create an accessibility map of the city. Another volunteer was working with St. Albans Parks and Recreation to build handicapped accessible picnic tables for local parks, but that’s been put on hold.

“We had a lot of projects, so many things, canceled because of COVID-19. We’ve had to start over this month. Right now, we’re working our way to get back up and running and looking for opportunities to make up for what we lost,” Breeden said.

“People with developmental disabilities have been hit harder by COVID-19 than the general public,” said Breeden. “Many of the programs we rely on for support have shut down temporarily. We also have a lot of people with medical conditions that make them high risk.

“Civic life and community is still there for us. It may look a little different, but the power of connection is the same. We need volunteers who are interested in art, music, gardening, food and community connection.”

Some projects are still being offered and considered during the COVID-19 precautions, she said.

“We work with the city and work with the community as a whole. Someone had an art project for Arti Gras, but that was canceled. One of the guys who volunteers with the Historical Society during open houses and annual events hopes to be a ghost Civil War re-enactor for their annual History in the Street tour this year.

“There’s a lady collaborating a writer in town who is getting stories from our women business owners or who have had to overcome adversity, for a book about strong women in St. Albans, to share with young girls in our community.

“We also have a walking club that meets twice a week,” Breeden added. “It’s called Walk with Good Buddy Jimmy. Anybody can come out and take an easy, flat, 1-mile walk. Everybody can socially distance and walk. That’s been a big hit. We’ve had about 20 people a pop when we’ve done it.”

“Good Buddy Jimmy” is Jimmy Ferrell, who launched the walking club after being inspired by his own weight loss of more than 50 pounds and wishing to promote health, fitness, and socially distanced camaraderie among his St. Albans neighbors.

According to its Facebook page, “Walk with Good Buddy Jimmy,” the club meets at 7 p.m. on Tuesdays and Thursdays, weather permitting. More information and updates, such as walking routes, are posted on the page.

Breeden said she is preparing to renew the West Virginia Developmental Disabilities Council grant for another year in October.

“What we intend to do is run for three years,” she explained. “At the end of that time, we want to take what we’ve learned and offer it to other cities and other municipalities who want to get their citizens with disabilities involved. Our end goal is to be able to take it to other places in the state and whoever wants to learn from us,” she said.

For additional information, including application forms to become a volunteer or suggestions for civic projects, visit stalbansonpurpose.wordpress.com, call 304-400-5609 or direct email correspondence to onpurposewv@gmail.com. The organization also maintains accounts on the Facebook and Instagram social media sites.