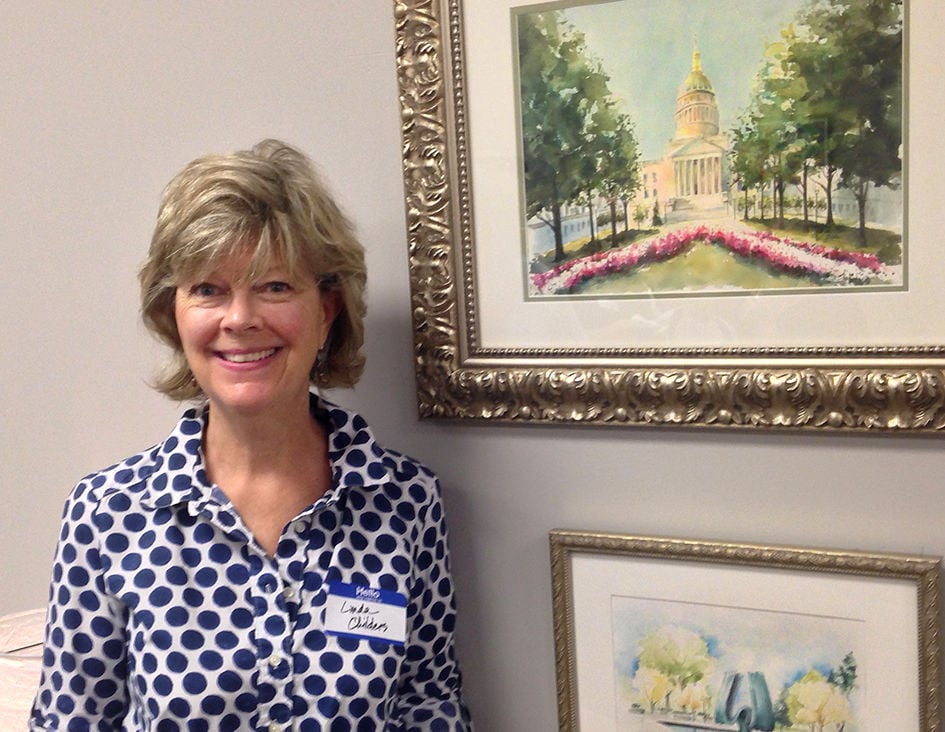 Linda Childers poses with some of her work at a recent art show at Area 34. File photo 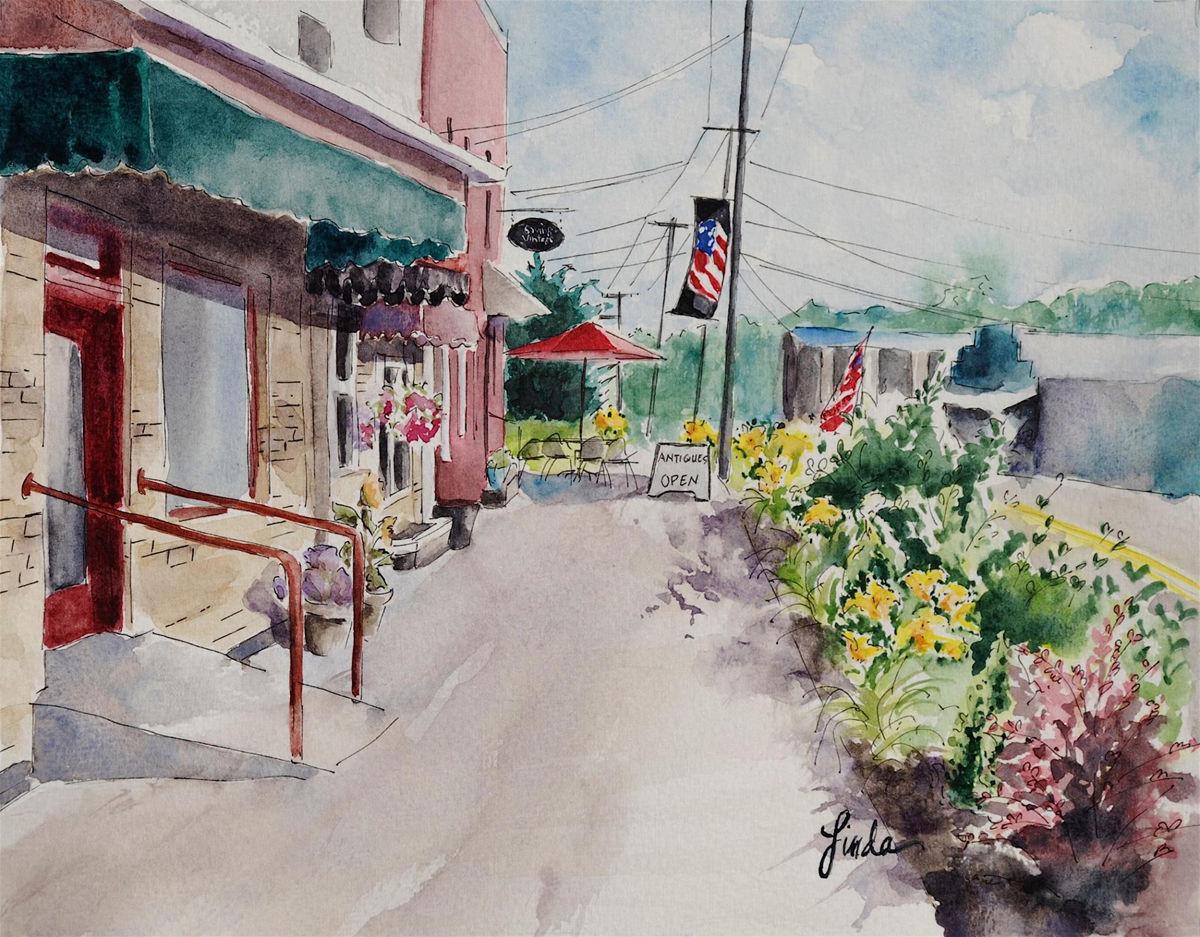 A watercolor rendition of Main Street in Hurricane is one of the scenes in Childers’ calendar. 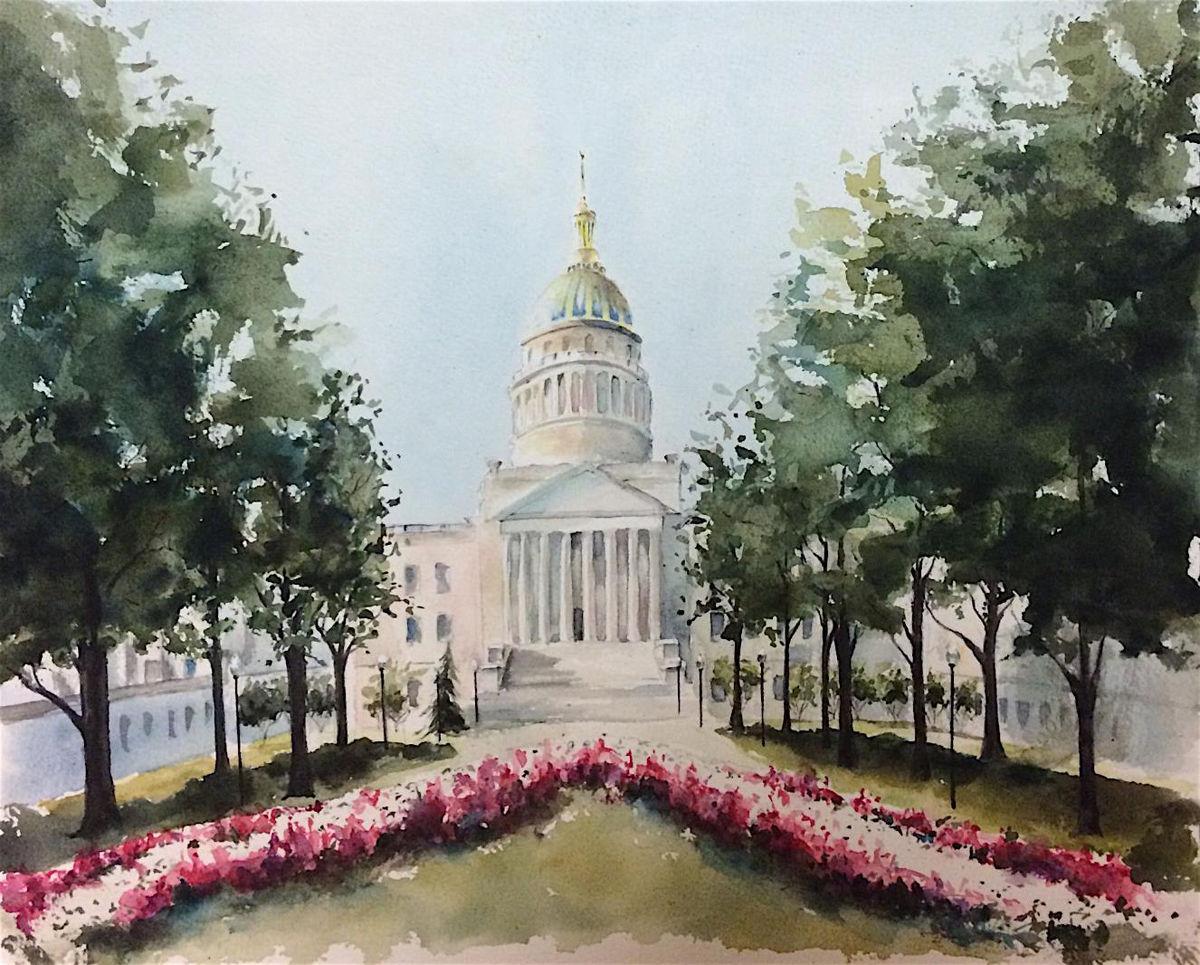 The Capitol building in Charleston is included in watercolor artist Linda Childers’ 2018 calendar titled “Huntington, Charleston and In Between.” 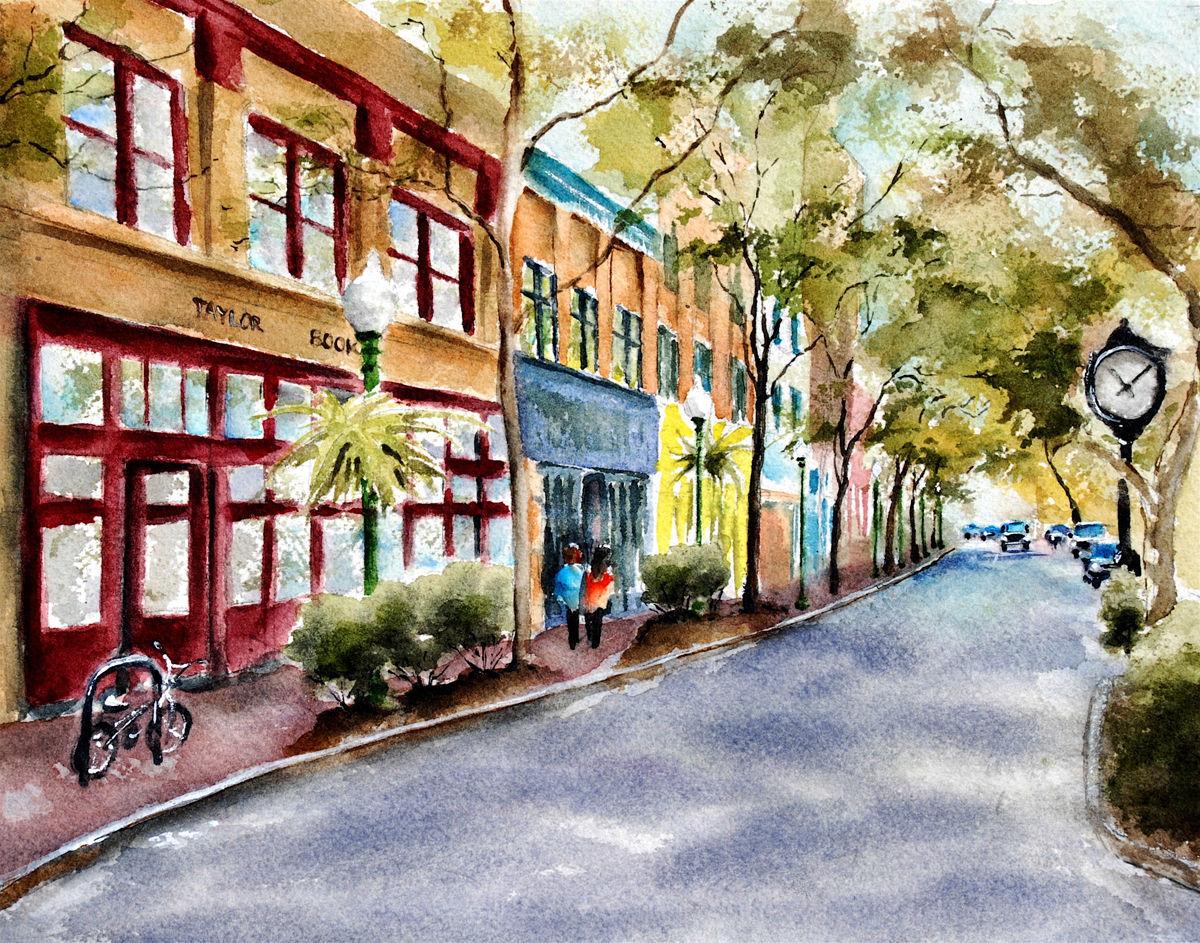 Linda Childers poses with some of her work at a recent art show at Area 34. File photo

A watercolor rendition of Main Street in Hurricane is one of the scenes in Childers’ calendar.

The Capitol building in Charleston is included in watercolor artist Linda Childers’ 2018 calendar titled “Huntington, Charleston and In Between.”

Artist Linda Childers’ home base is in Ona, but her detailed watercolor images include scenes from Huntington, Charleston and “in between.”

And that’s the title of her 2018 calendar of watercolor images: “Huntington, Charleston and In Between.”

Those places in between include Hurricane, where Childers has captured its quaint Main Street shopping district.

Childers, who operates Art by Linda from her Ona home, is enjoying a second career.

After 32 years as a school teacher, she decided to become an artist, starting Art by Linda in 2012.

“I started making stamped metal necklaces and studying cookie art online. By February 2013, I was starting my little cookie business selling Valentine’s Day cookies, and soon I was studying cake art and expanding my business in that direction, too,” Childers said.

Her focus now is painting, capturing informal architectural scenes with watercolors. She also does portraits in pastels.

“It’s also pastels and sometimes, I do acrylics,” she said. “Right now, that’s primarily the media that I use.”

After 32 years in the classroom, Childers said she was tired of grading papers, so she decided to take a leap of faith and enter the art world.

“I decided to quit teaching and be an artist, and I know people thought I was nuts,” Childers said in a telephone interview.

The death of both her parents within the same year, brought home the fact that life is too short, she said.

“Life is short; this (art) is a passion I’ve had since I was child — I’m going to make it happen.”

She left teaching in 2012, but she didn’t have a clear idea of what she wanted to do in art.

Her first artistic endeavor was producing “cookie art” for weddings, showers and other special events.

“I did that for a couple of years and developed that business,” she said. “But I grew tired of it.”

At that point, in 2014, she decided to become a watercolor artist, focusing on houses. She was inspired by her collection of watercolor scenes from places she had visited over the years.

Childers had taken a few watercolor workshops, but she hadn’t had extensive training in how to compose a painting.

“I didn’t understand what a composition required — I didn’t know about focal point and that kind of thing,” she said.

By studying her collection of watercolor scenes of buildings and places she had traveled to, she thought to herself, “I can do that. I’ll just paint what I see.”

However, practicing to become a better watercolor artist hit a major interruption, when Childers was diagnosed with multiple sclerosis.

“I started getting symptoms in 2014; in January 2015, I got diagnosed with MS. It was devastating. I really believed my art career was over,” she said.

Undeterred, though, Childers embarked on a regimen that included diet and lifestyle changes that she said has reversed her disease.

With a new lease on life, Childers dove into watercolor practice by doing 30 paintings in 30 days.

“I jumped back into my art.”

Those 30 paintings in 30 days were all of Huntington buildings and other landmarks in that city, including the Memorial Fountain at Marshall University.

She posted them on her website (www.artbylinda.org) and blogged about them. Soon, she had a following.

She decided to have an art show and to also place 12 of her best watercolor paintings in a calendar. She also researched each location she painted and included a flyer about them in each calendar.

For her 2018 calendar, “Huntington, Charleston and In Between” — her third calendar — Childers included scenes from Hurricane and Charleston.

The Hurricane scenes are from Main Street.

“I had recently discovered Main Street in Hurricane and how they’re redeveloping the shopping district. I think it’s so adorable and cool,” she said.

Scenes from Charleston include the State Capitol building and Capitol Street.

Childers has a studio at her Ona home, and she works from photographs she has taken of the scenes she paints.

Childers’ 2018 calendars are available at Hidden Creek Mercantile in Hurricane and at Eggplant in Charleston.

“And they are in numerous gift shops in Huntington,” she said.

For more information about Art by Linda, visit her Art by Linda Facebook page or go to www.artbylinda.org

Metro reporter Ben Calwell can be reached at bcalwell@cnpapers.com or by calling 304-348-5188.