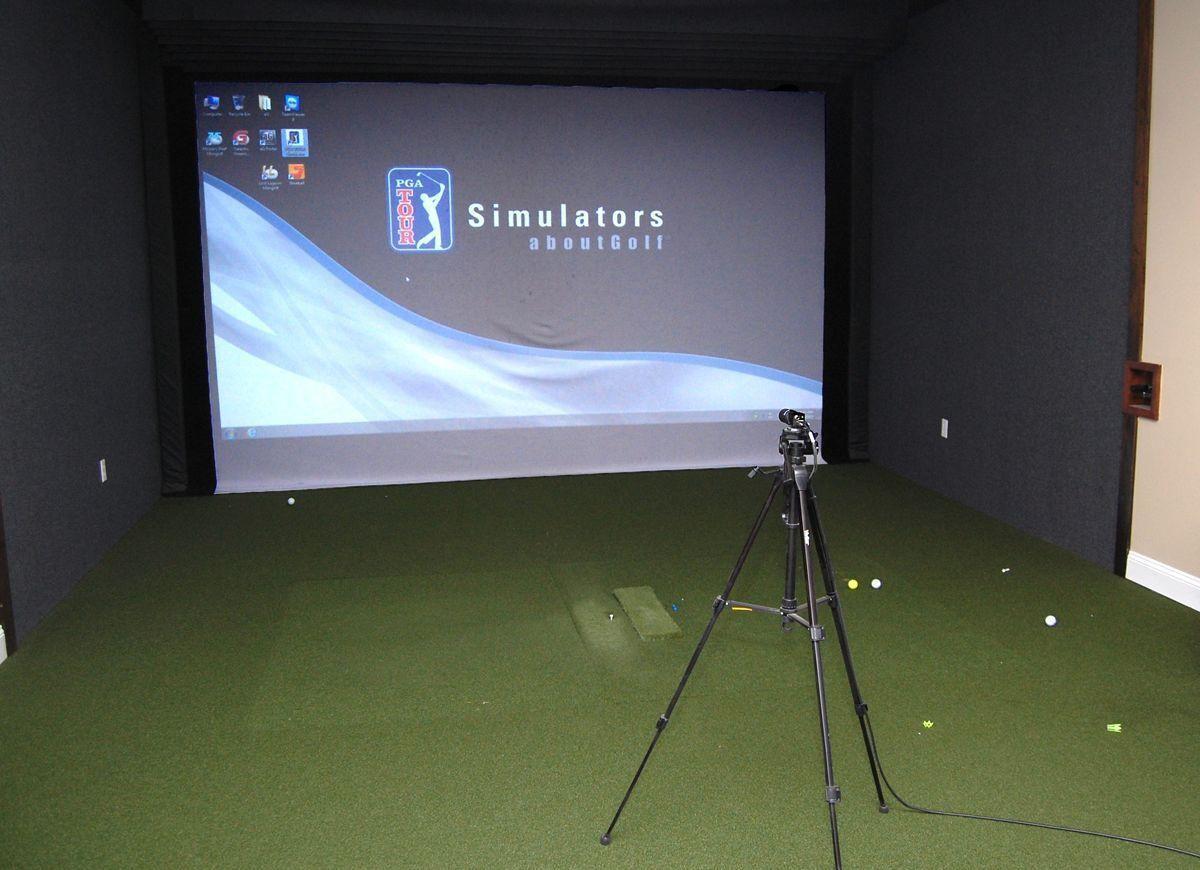 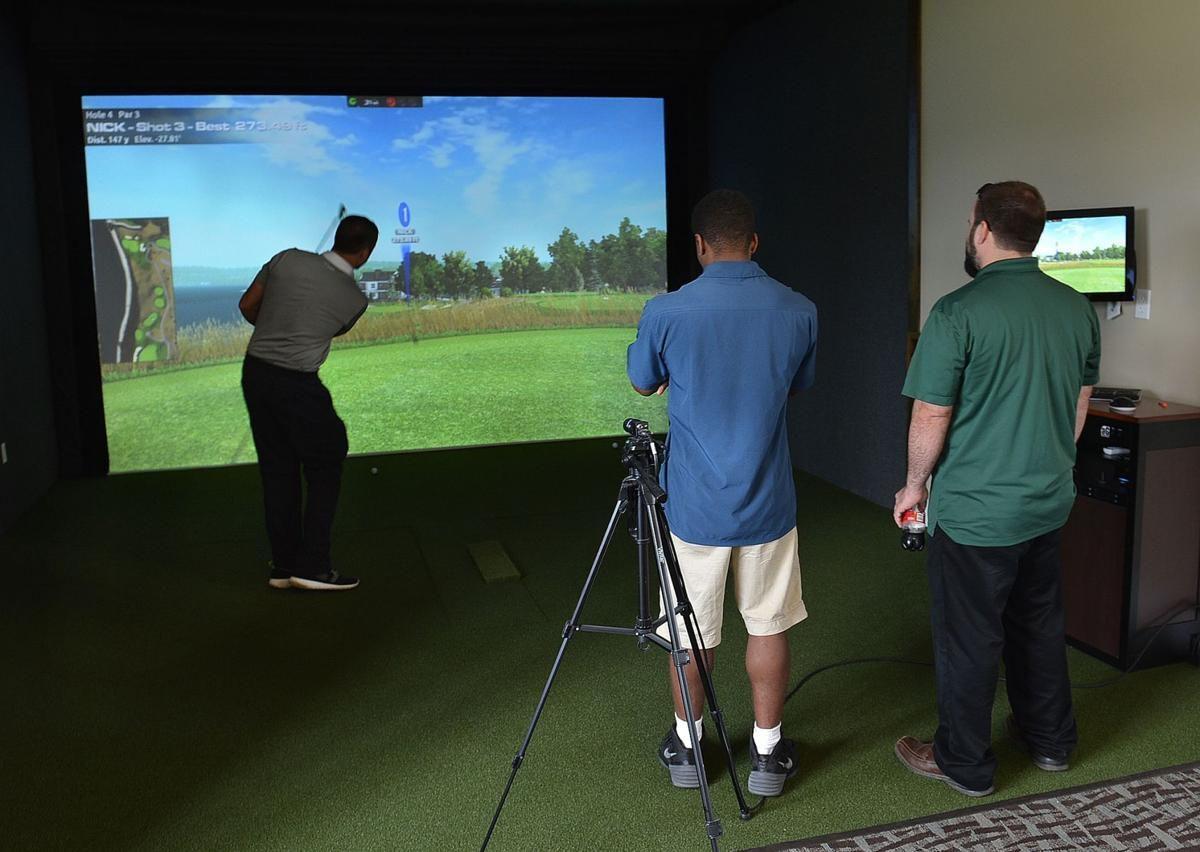 Nick Mancinotti of Toledo, Ohio, tees off at the Little Creek Golf Course golf simulator during its grand opening appearance in 2015. Watching are Lemar Medley of Charleston (left) and Adam Black of Huntington. File photo. 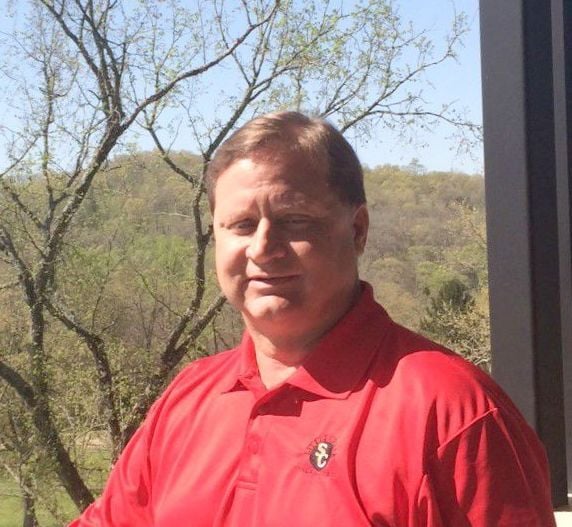 Nick Mancinotti of Toledo, Ohio, tees off at the Little Creek Golf Course golf simulator during its grand opening appearance in 2015. Watching are Lemar Medley of Charleston (left) and Adam Black of Huntington. File photo.

Until temperatures and weather conditions become more conducive for play on its nearly 6,100 yards of outdoor links, the Little Creek Golf Course in South Charleston will host a Winter Simulator League for golfers who want to maintain their summer form in indoor, winter, computerized comfort.

League play will get underway on Monday, Feb. 1, and continue for six weeks. The fee for a four-person team is $500.

Little Creek’s two golf simulators use sensors and camera technology to track each golfer’s swing on the virtual driving range. They are programmed to offer golfers more than 130 courses to play from around the world, such as California’s Pebble Beach course and Scotland’s St. Andrews. The actual courses are displayed, hole by hole, on a giant screen. Golfers tee off inside and, watching the screen, follow the course through each hole, choosing their clubs (and strategy) as though they were physically on the actual course. A single golfer can play an 18-hole round on the simulator in about an hour’s time. For a foursome, it takes around three-and-a-half hours to complete 18 holes of play.

“It’s all state-of-the-art, and we’ve updated the screens, projectors, and software,” Little Creek Golf Course General Manager Jeff Burnette said last week. “You can play different games on them, like skeeball, darts, and cornhole, all kinds of different scenarios. The games on them are really fun; we have little competitions around here every once a while.

“We’ve had the league for a few years now, and it’s gotten bigger each year,” Burnette said. “The league last year ended about the time when COVID-19 hit, so we had a whole year almost to try and figure out if and how we can run the league safely this year.”

COVID-19 protocols are followed and will be in effect during the upcoming league play. Located in the Little Creek golf shop, the simulators are also available for reservation use as well as league competition. Safety regulations include a maximum of four players at one time, with no spectators allowed. Masks must be worn until the golfer is in the simulator bay or when stepping away from the simulator bay for any reason. A plexiglass divider has been placed between the sitting areas of the simulator bays. A 15-minute period is observed between simulator reservations to permit cleaning with an ionizing fogger disinfecting machine and other methods. Little Creek staff members wear masks and gloves for additional safety.

“Once you’re in the bay area, it’s pretty much like in a restaurant now, how once you’re in your seat, you can take your mask off while you’re eating and drinking,” Burnette said. “Yesterday, we had a group who wanted to reserve both of the bays and wanted to bring 10 people, but we told them they could only bring eight.”

Burnette said the winter simulator league will play primarily on weekday evenings, with some weekend matches if necessary. In recent years, roughly 24 teams have competed in the league.

“We use half of the entry fee money for prizes, such as gift certificates, to give back to the league,” he explained. “In years past, we had a big party to give out prizes, but we won’t be doing that this year.”

To sign up for the Golf Simulator League or receive further information about individual, reservation-only play, call 304-744-9646.