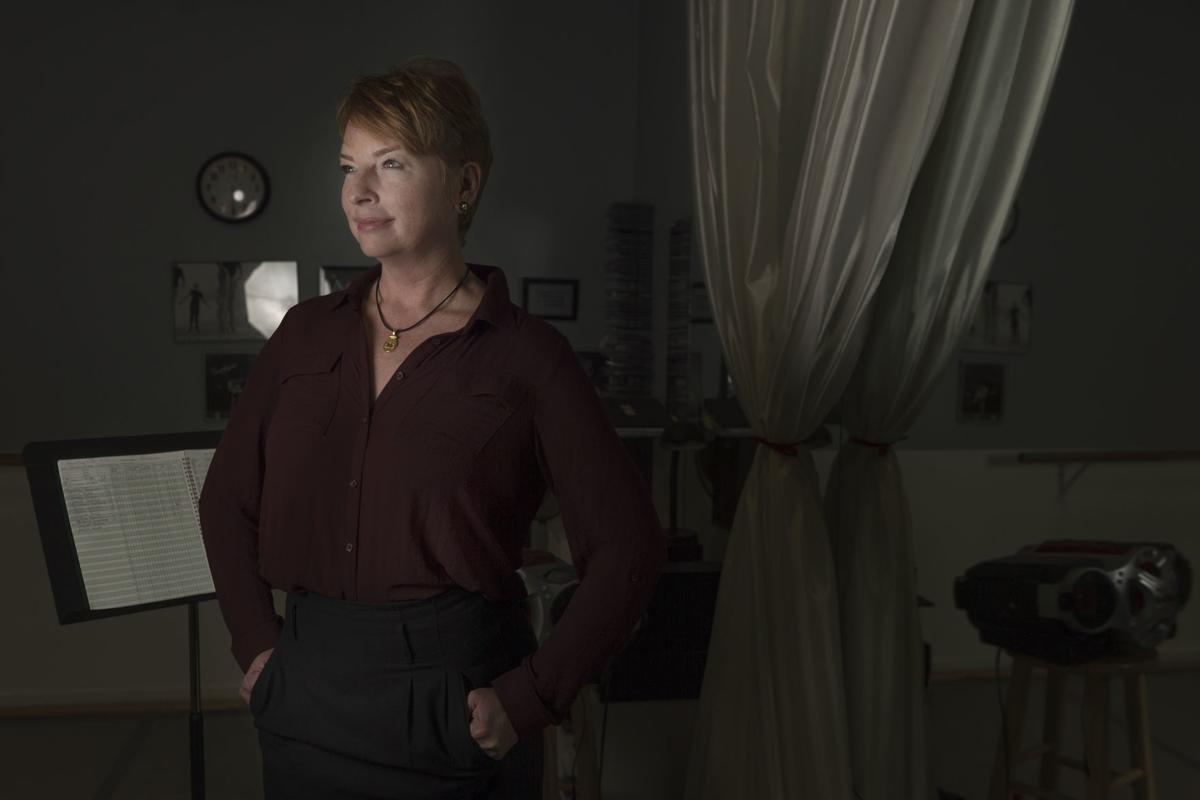 In her Kanawha City studio, Michelle Raider looks back on the journey that culminated in her current dual roles as director of the River City Youth Ballet Ensemble and School of the River City Youth Ballet. A Clendenin native and a lifelong dancer with a penchant for math and science, she excelled in college and considered a more practical career before surrendering to her passion for dance. 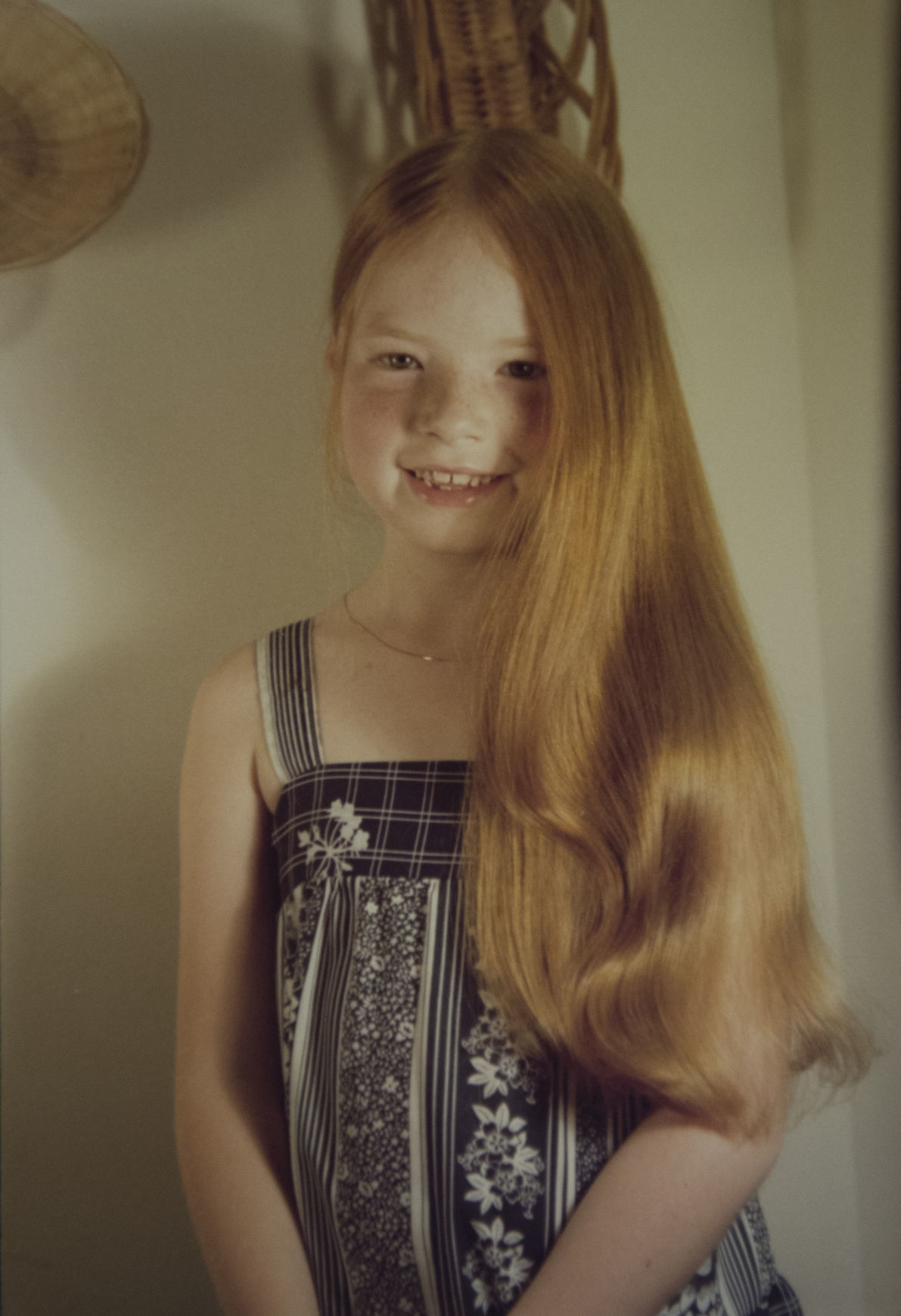 As a 7-year-old growing up in Clendenin, Michele Raider was known for her long light red hair. 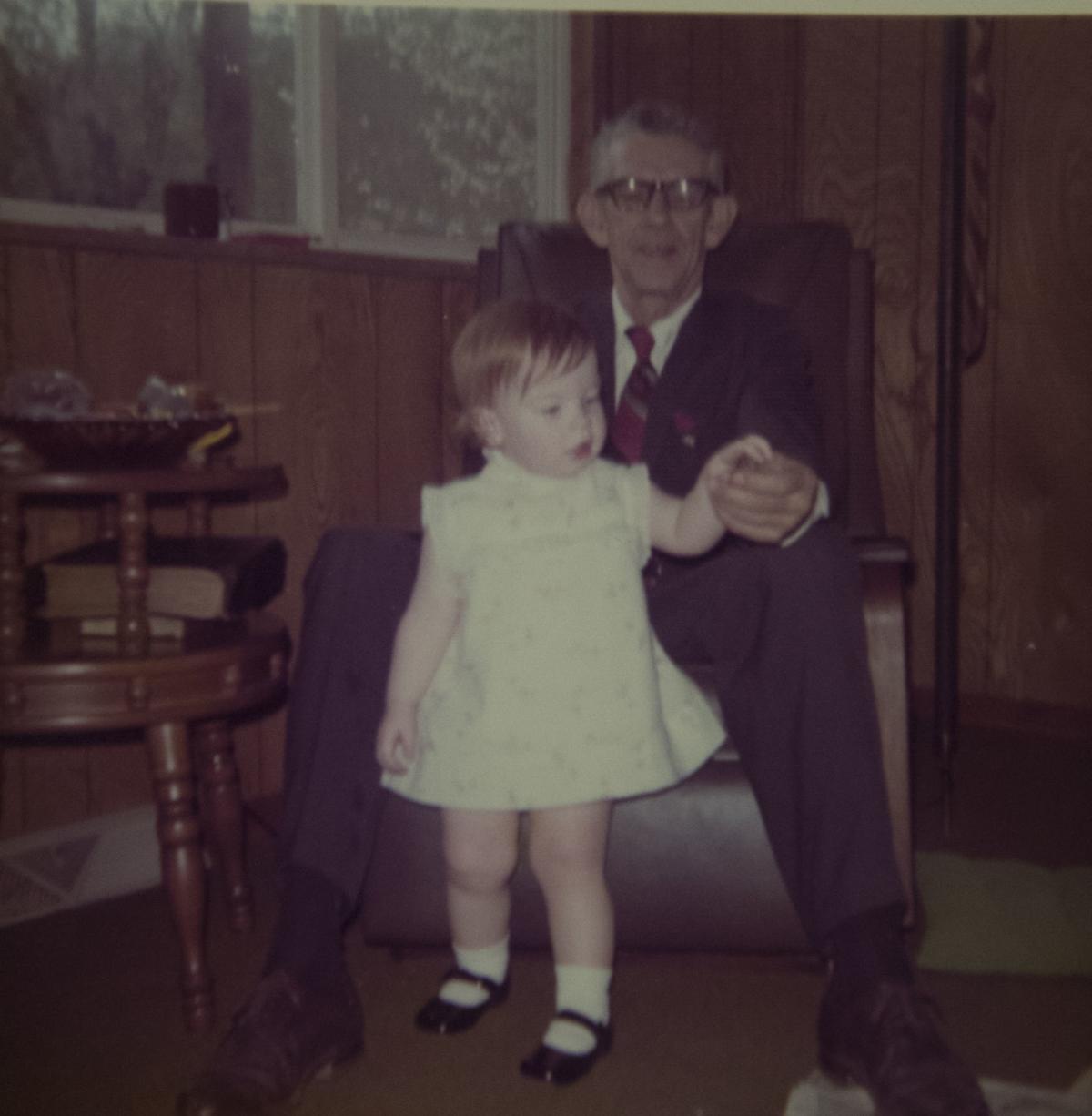 This cherished snapshot shows Raider with her beloved grandfather, Byron “Tater” Young. She grew up helping out in his Clendenin grocery store. 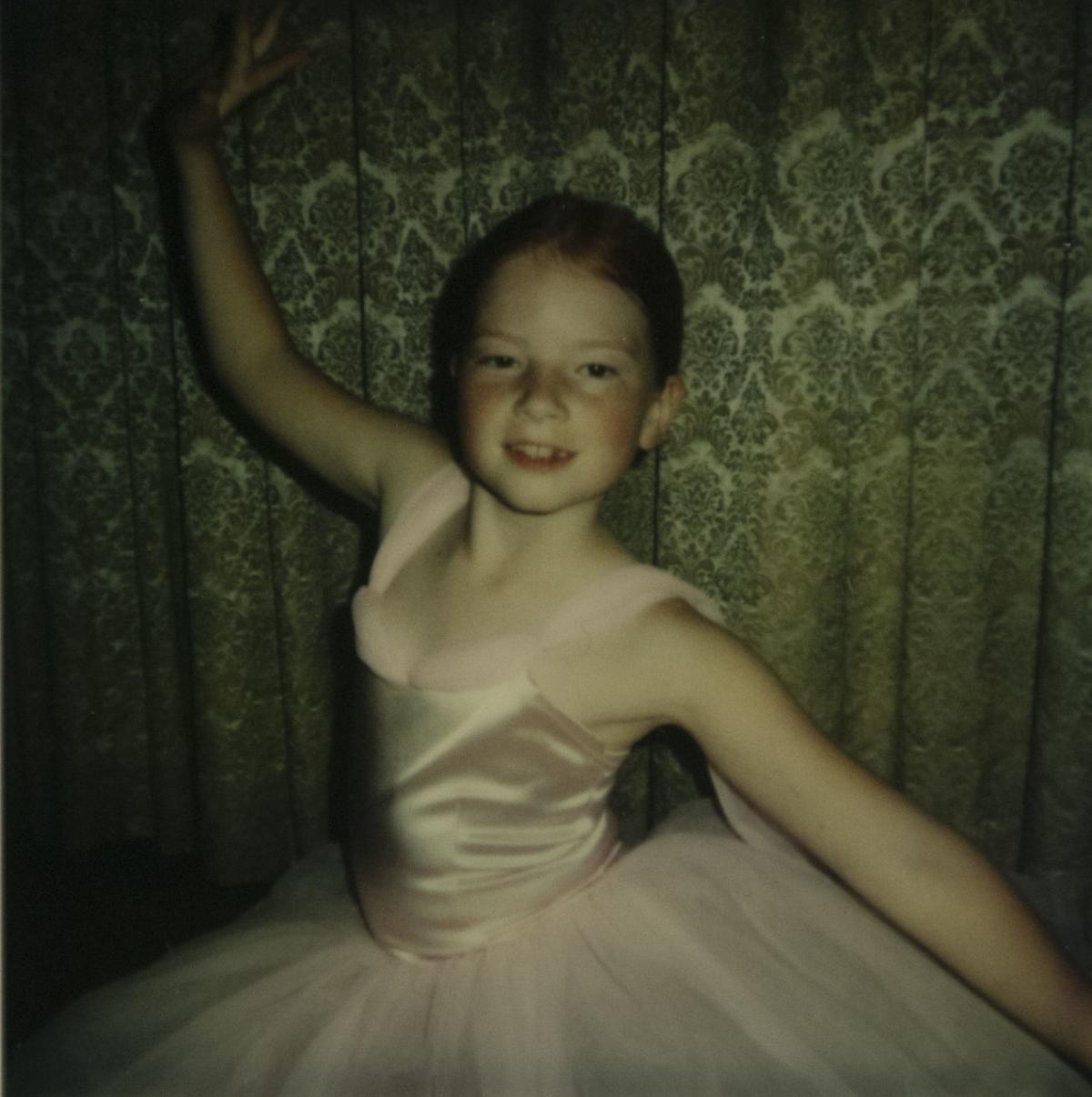 The camera captured Raider before a recital at age 7. 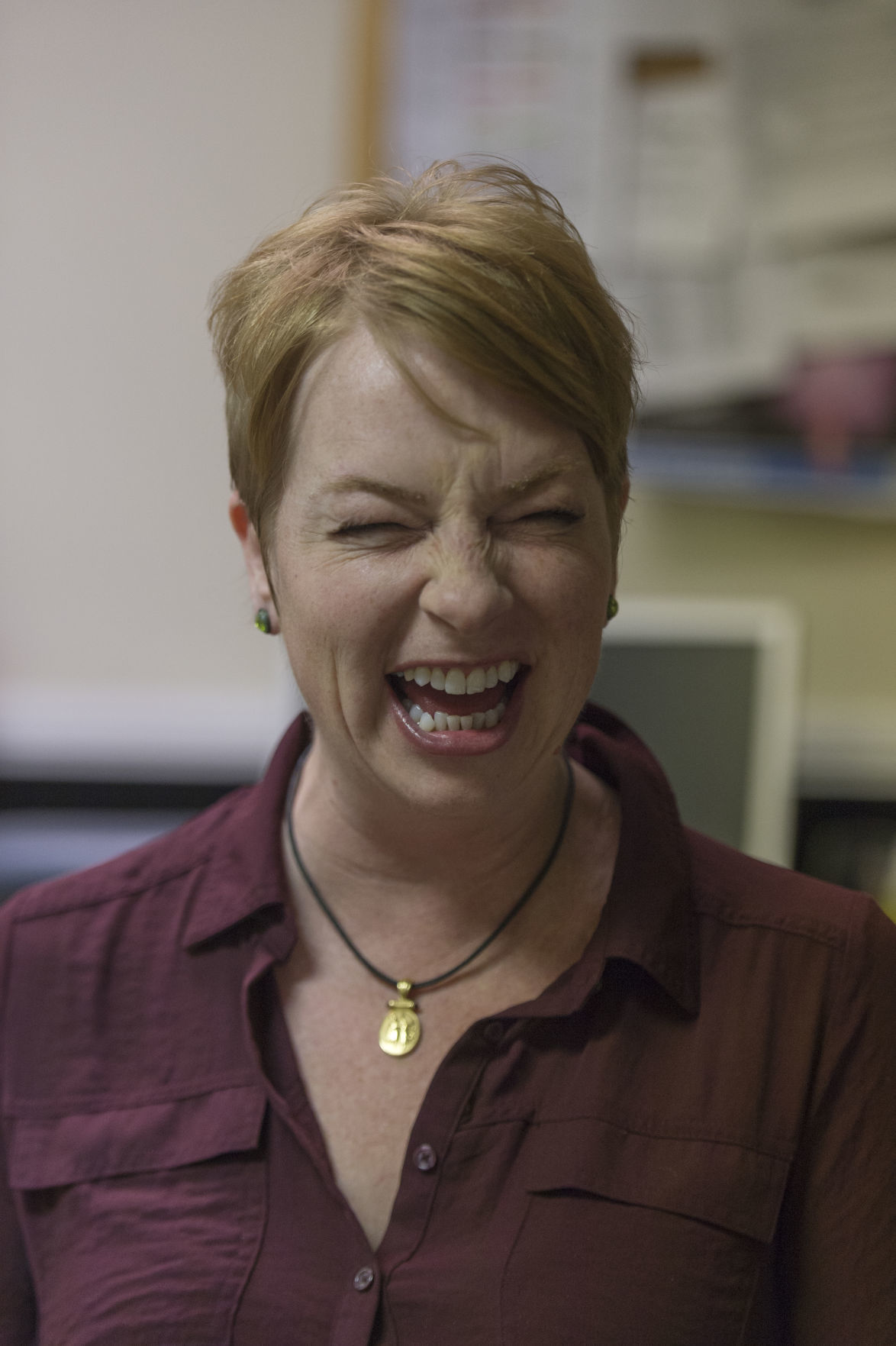 “I’m very shy. I didn’t talk a lot. I think ballet was a way to express myself.” 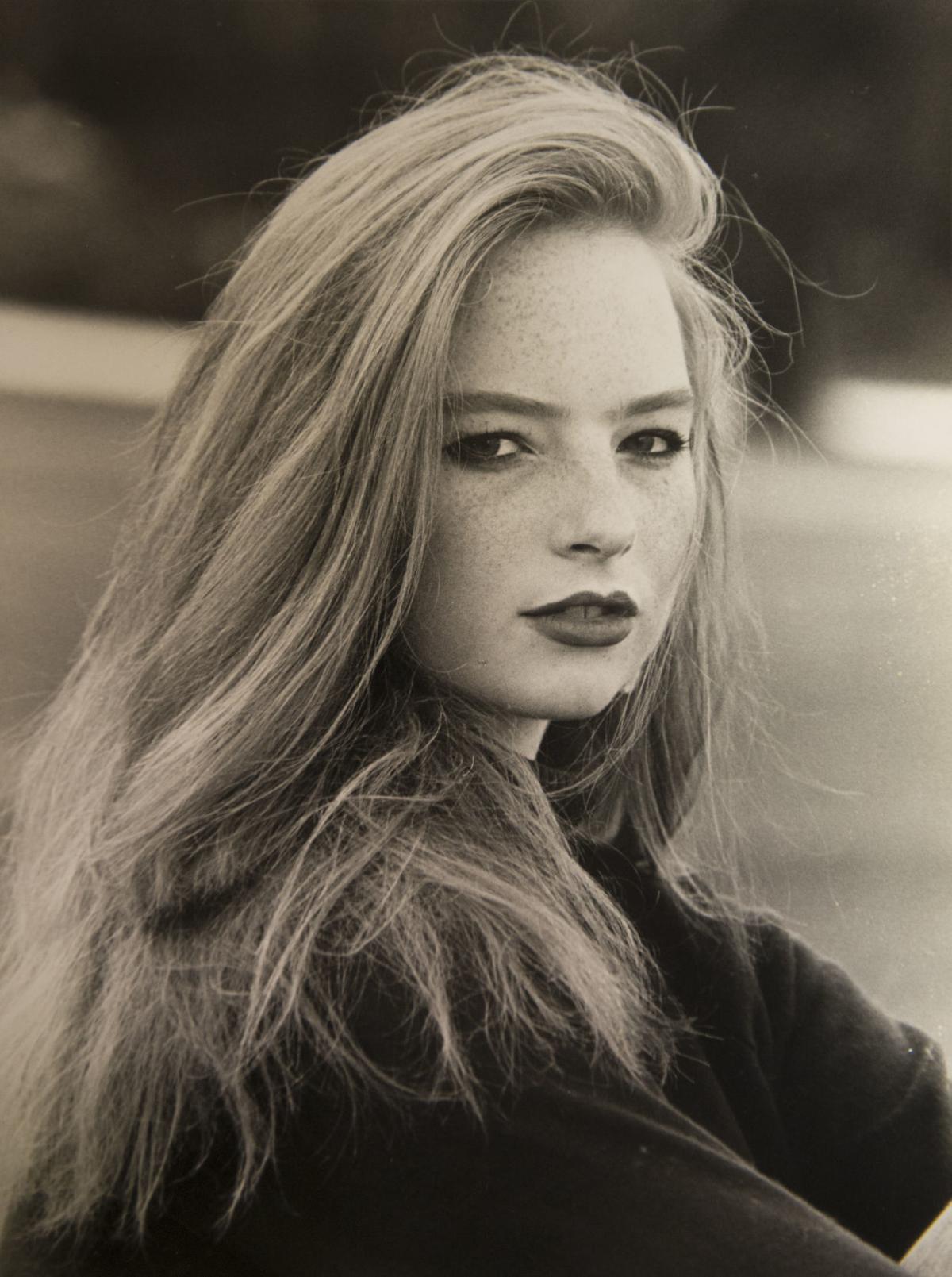 This portrait depicts Michele Raider as a student at the Walnut Hill School for the Arts in 1990.

In her Kanawha City studio, Michelle Raider looks back on the journey that culminated in her current dual roles as director of the River City Youth Ballet Ensemble and School of the River City Youth Ballet. A Clendenin native and a lifelong dancer with a penchant for math and science, she excelled in college and considered a more practical career before surrendering to her passion for dance.

As a 7-year-old growing up in Clendenin, Michele Raider was known for her long light red hair.

This cherished snapshot shows Raider with her beloved grandfather, Byron “Tater” Young. She grew up helping out in his Clendenin grocery store.

The camera captured Raider before a recital at age 7.

The brainy ballerina incongruity reflects a flirtation with reality. For a while there, Michelle Raider stopped dreaming about dancing and considered the practicality of a conventional career in math and science. She worked in research and development at Carbide.

Anyone who watched her grow up in Clendenin knew that her passion for dance would win out.

Honing her skills demanded years of travel to learn from the best. Now, she brings the best to her students. Her classes include periodic teaching visits from nationally recognized dancers.

A devout dancer since girlhood, she auditioned with a grace that encouraged mentoring from prominent performers. They helped her qualify for study in Atlanta, New York and Montreal. She graduated from the highly regarded Walnut Hill School for the Arts in Massachusetts.

Her River City dancers stage two productions a year with the Charleston Youth Symphony and the Appalachian Children’s Chorus. She wants to turn the three-group collaboration into a permanent organization with a home of its own — her “absolute dream.”

Considering her past achievements, she won’t let it languish in dream stage for long.

“I grew up in Clendenin. My mom and I lived with my grandparents, and they were an important part of my life. My grandpa had a little store in Clendenin called Tater’s Market. His name was Byron but everybody called him Tater. He liked to eat raw potatoes.

“I spent a lot of time in his grocery store. I was ringing people up on the cash register when I was 5. He would deliver way out in Clendenin. We would get in the truck once or twice a week with huge bags of sugar and flour. His store was like the center of the community. People would hang out there and talk.

“I would get up in the morning when I was little and shine his shoes. He was very special to me. I named my son Byron.

“My grandma was extremely artistic. She came up with the Clendenin Lumber logo. She would write to the newspaper all the time and get things published. My whole family was musical. They played an instrument or sang.

“Mom remarried and I started living with them. My cousin started taking ballet. I was about 7. Mom asked me what I wanted to do. I said maybe gymnastics or ballet or the violin. She put me in everything all at once just to see. After about two months, she said to pick one. I said ballet. I think it was my love of music. And I’m very shy. I didn’t talk a lot. Ballet was a way to express myself.

“I started lessons with Andre Van Damme. He asked me if I would start doing two days a week the following year and I did. Then I started to assist with a baby class on Saturday.

“I was about 11 or 12 when he started giving me a check for being in the Charleston Ballet. I was one of the youngest paid members. I think my first check was $400. It helped pay for pointe shoes.

“Van Damme was putting on ‘Romeo and Juliet’. He brought in Nicolas Pacana from the Atlanta Ballet. Mr. Pa-cana wanted to work with me in Atlanta. We had family in Atlanta. So mom sent me to Atlanta and I took lessons from him that summer. The following summer, I went to upstate New York and studied two summers with Istvan Rabovsky, principal dancer with the Hungarian ballet.

“He told my mom the second summer that I should audition for the School of the New York City Ballet. He met us in New York, and I auditioned and got accepted, but there was no housing. I was 13. My mom didn’t want to send me to New York like that. So he took me to Walnut Hill School for the Arts.

“We flew up and I auditioned. I was accepted. It was nine weeks into the year, but they wanted me right then. I told mom I wanted to stay. I had one leotard and one pair of tights. Mom went home and packed frantically and shipped the box, but it would take a week for it to get there.

“I had a second leotard, but it was ripped up and the teacher made me sit out. I was in tears. It was a hard transition trying to weave into everything that was already going on at the school and being new and shy and thrown into something completely different than I was used to, but it was a wonderful experience.

“In the summer, I would study at Old Superior in Montreal.

“I graduated from Walnut Hill and came home and started training for a job at the Tidewater as a hostess.

“A friend from Walnut Hill was doing an exchange program in Australia and asked me to come. His father would buy my ticket. We stayed in Sydney one month and then backpacked north and stopped at youth hostels. It was an amazing experience. I hated telling my boss at Tidewater that I had this opportunity to go to Australia. He just winked at me and said to go to Australia. I was there for two months.

“I met some neat people at Walnut Hill. One student was like the dorm president, Sarah Sessions. We went to dinner and performances with her dad. It wasn’t until after I graduated that I discovered her father was William Sessions, former head of the FBI. That’s the kind of people I was in school with.

“I ended up getting married and decided to go to college because I figured I couldn’t make any money here doing what I love to do. I started teaching dance a couple of hours a day while I was going to college. And I worked for William Goebel, the artist, doing shrink-wrapping and helping him move drawings and paintings.

“I went to West Virginia State for a degree in chemistry. I figured I could teach dance, but I needed to make money. I took a couple of classes from a Dr. Cabell, a beginning science class, and I loved it.

“I really liked math. I had to work at it. I studied hard in college. I got a NASA scholarship. I was doing research on a drug called Taxol, and I got a scholarship to do that. They had a John F. Haskin science scholarship, and I was the first recipient.

“So the next year, some of them came in twice a week. They really needed a chance to perform. I was able to go to school and take classes and have the opportunity to learn choreography and perform, which is a huge part of becoming a dancer. So I started the River City Youth Ballet.

“I had started the River City Youth Ballet Ensemble at January’s. We started doing productions. We became nonprofit. We started getting a couple of little grants.

“When I graduated from college, I started working at Carbide in research and development. I finally had benefits.

“The same year we had Byron, 2002, I got a space for the company. I opened a studio at 5014 MacCorkle Avenue. That’s when I started a for-profit, the River City School of Dance, so I could make money.

“I had about 30 kids that came for classes outside of the ensemble. I was still working at Carbide, but I decided that I just wanted to teach and choreograph. We do two stage productions a year.

“About six years ago, I started a program in Clendenin. I rented the gym at the old high school. My numbers would grow and go down, then grow a little. Two years ago, I asked the Youth Symphony to come up and started giving lessons. We do a lot of productions together — the Youth Symphony, the Appalachian Children’s Chorus and River City. We got a grant. My numbers went from 17 kids to 25, and this was right after the floods. Their kids had nothing to do. Our gym wasn’t affected.

“With the grant from the Greater Kanawha Valley Foundation, we were able to buy ballet barres and mirrors. Before, we were using the side of the stage as ballet barres.

“My goal with the ensemble was to give them that performing arts experience that I had without having to go to Boston or New York or wherever. I bring in guest teachers.

“We are always looking for volunteers for behind the scenes. It costs a lot to put these productions together. We need people to come in and help with sets and props. We don’t have the kids buy their costumes or pay a fee to be in the shows. We try to provide everything for them.

“When I started the ensemble, I reached out to the Youth Symphony to do a production. When I was dancing, I got to dance with live orchestration. It was such a wonderful thing, having the music right there. The show was great for the dancers, the musicians and the audience. These collaborations are beneficial all around.

“The following year, I asked the Appalachian Children’s Chorus to join us. I finally suggested we make an organization with all of us under one umbrella instead of three separate nonprofits. We call it YOU, Youth Organization United.

“We looked at a couple of buildings, but a lot of funding was being pulled to complete the Clay Center, and the new library talk was starting, so it never got off the ground. That is still my absolute dream.”