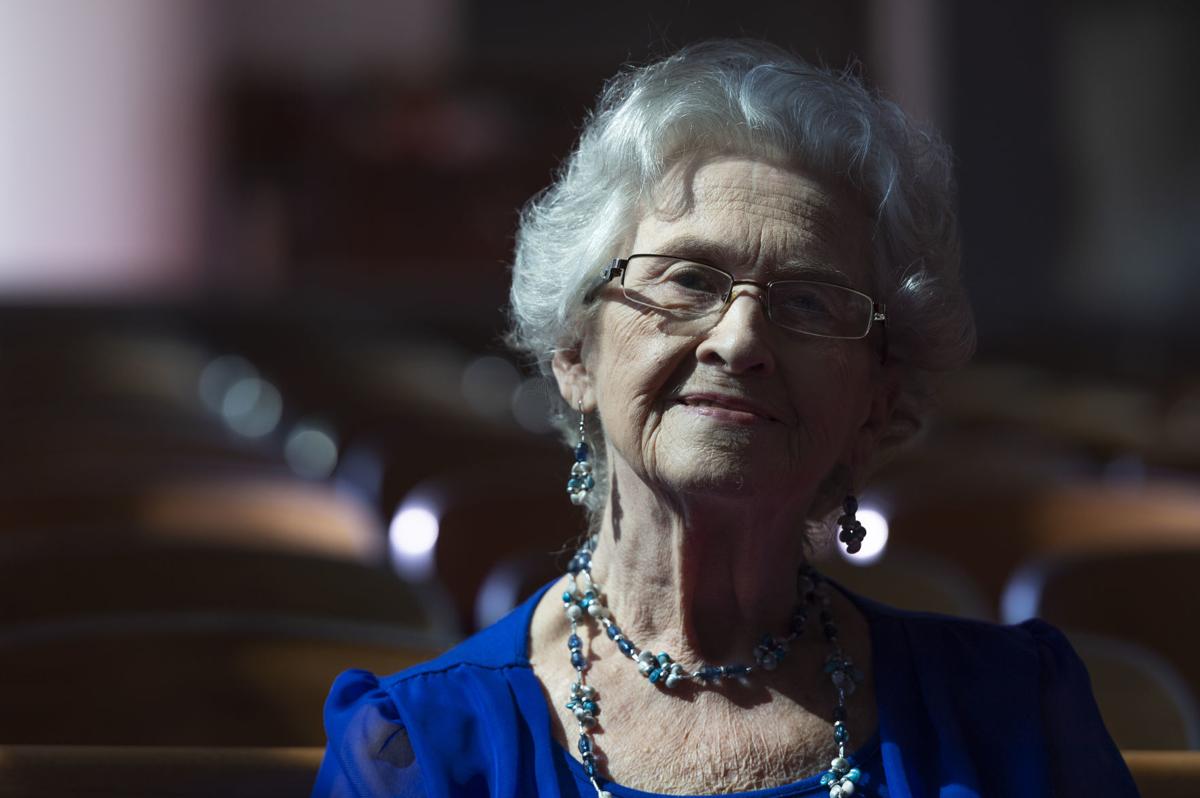 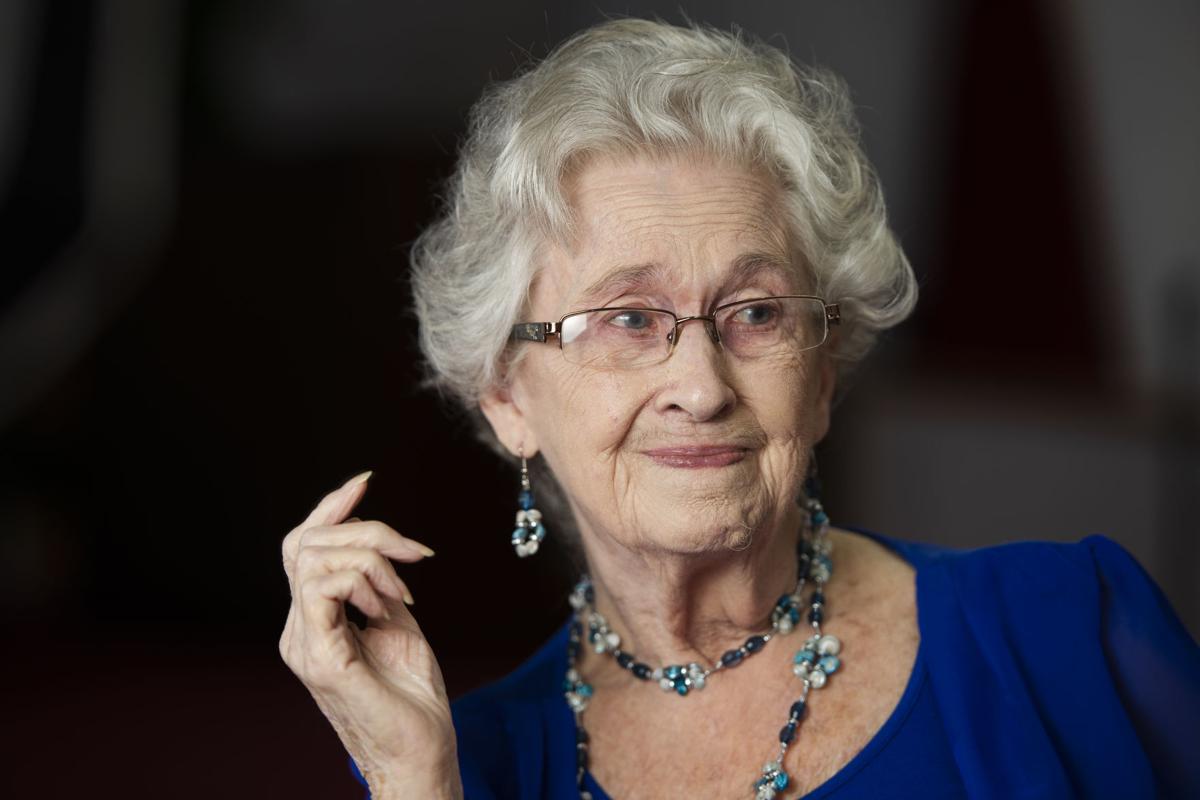 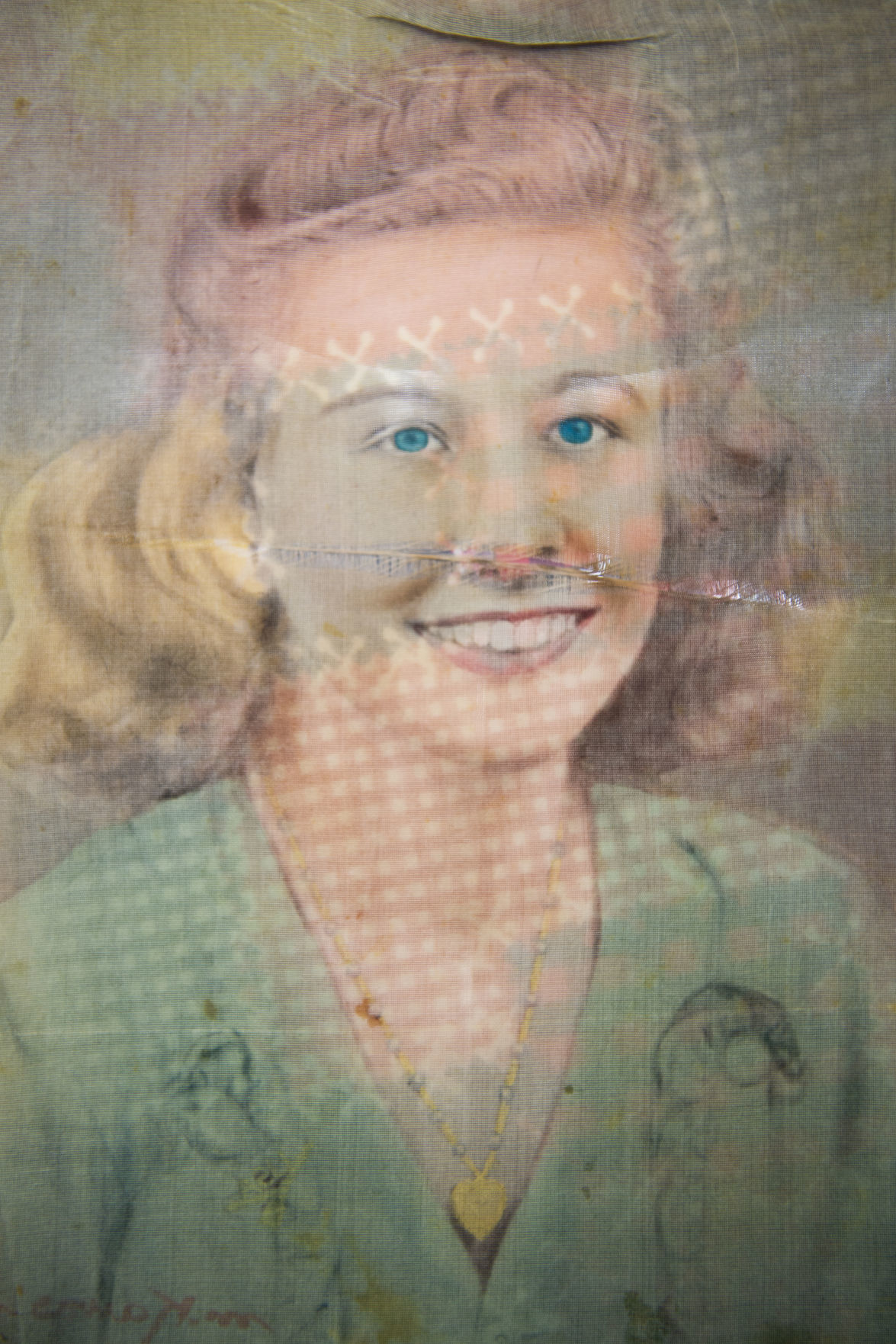 This vintage photo of Janette Hill was sent to her by her husband from Japan after it was enlarged and colored. 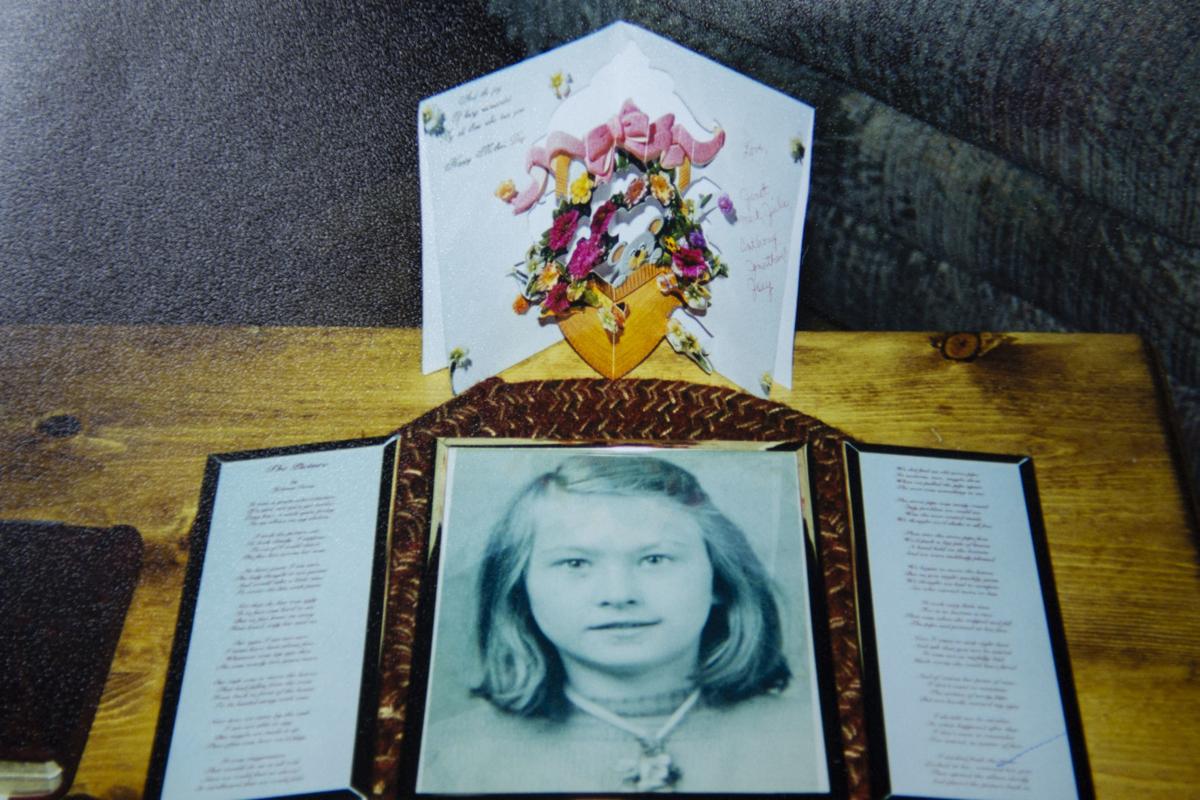 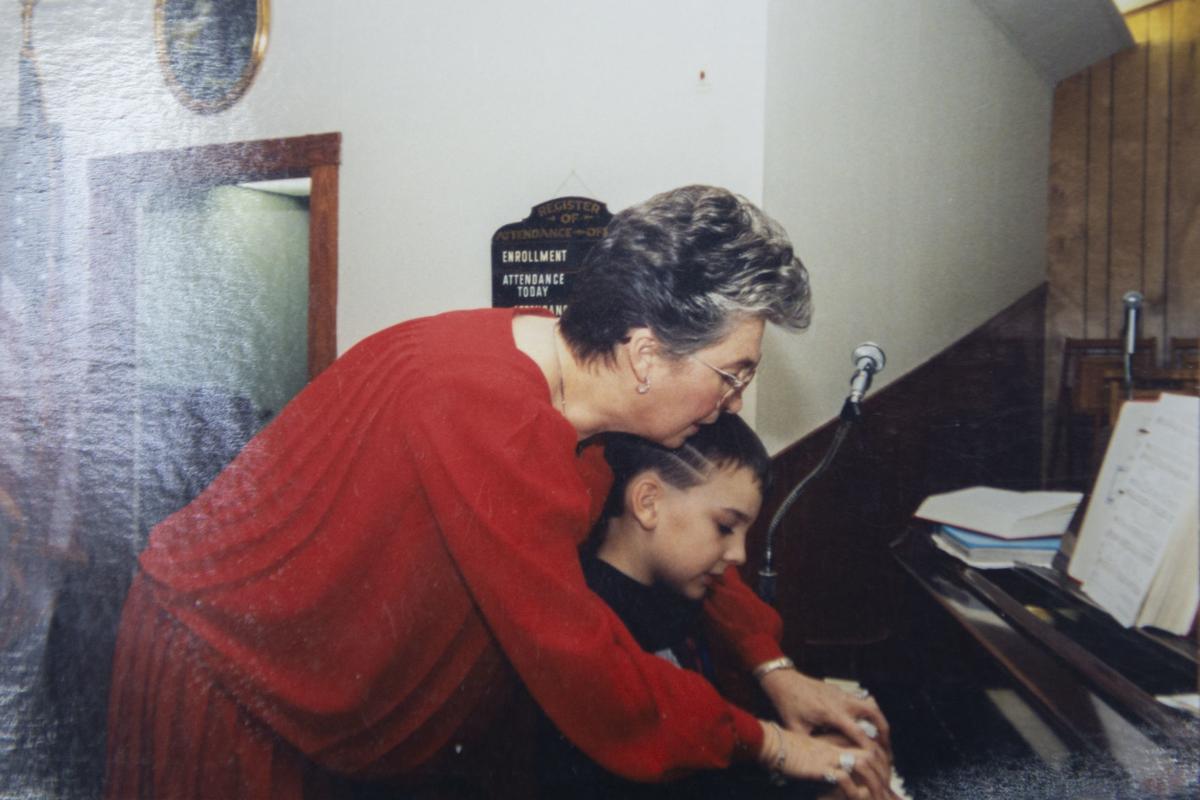 Veteran piano teacher Jeanette Hill helps her grandson with a piece during a lesson. 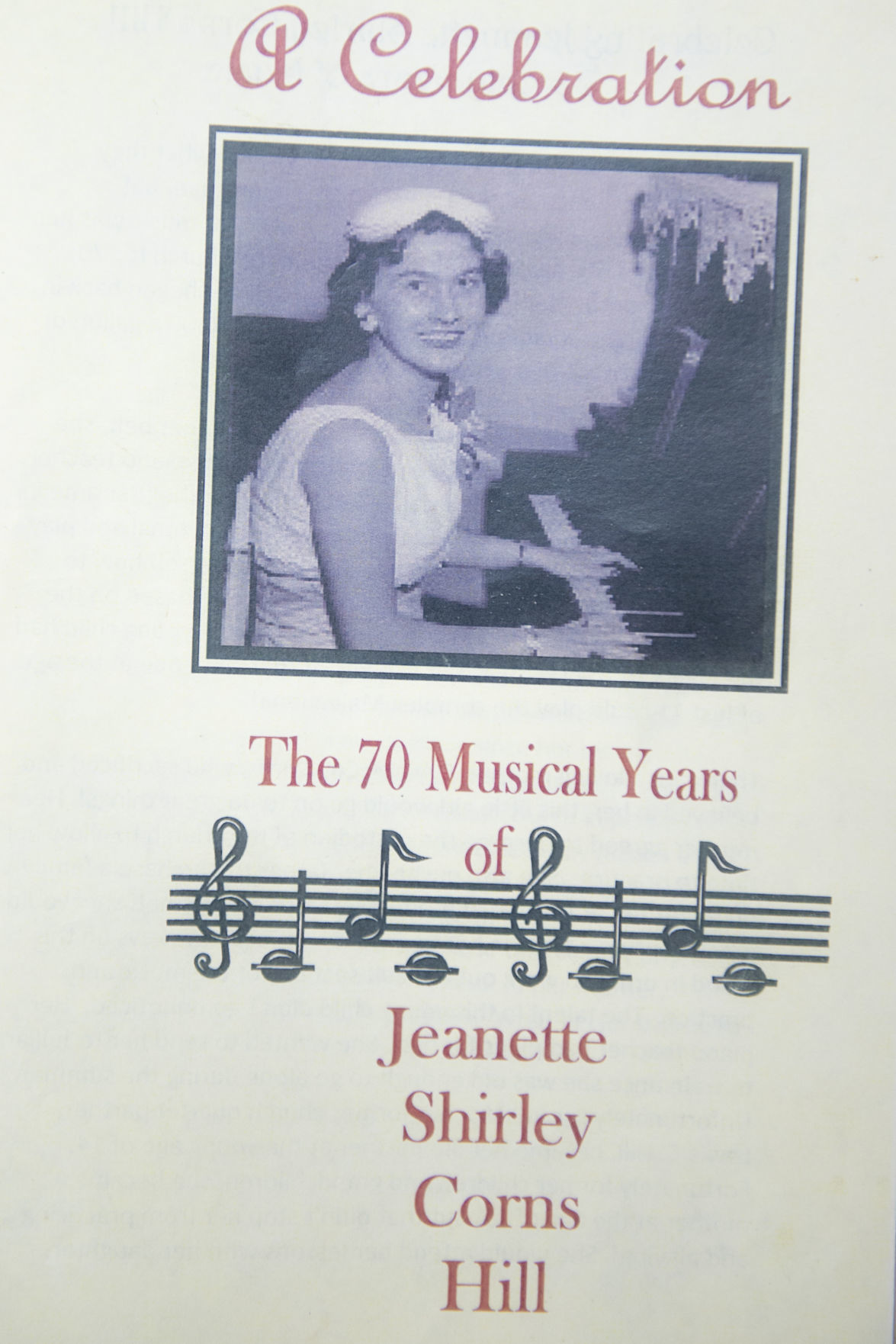 This program promotes a commemoration of Janette Hill's 70 musical years. 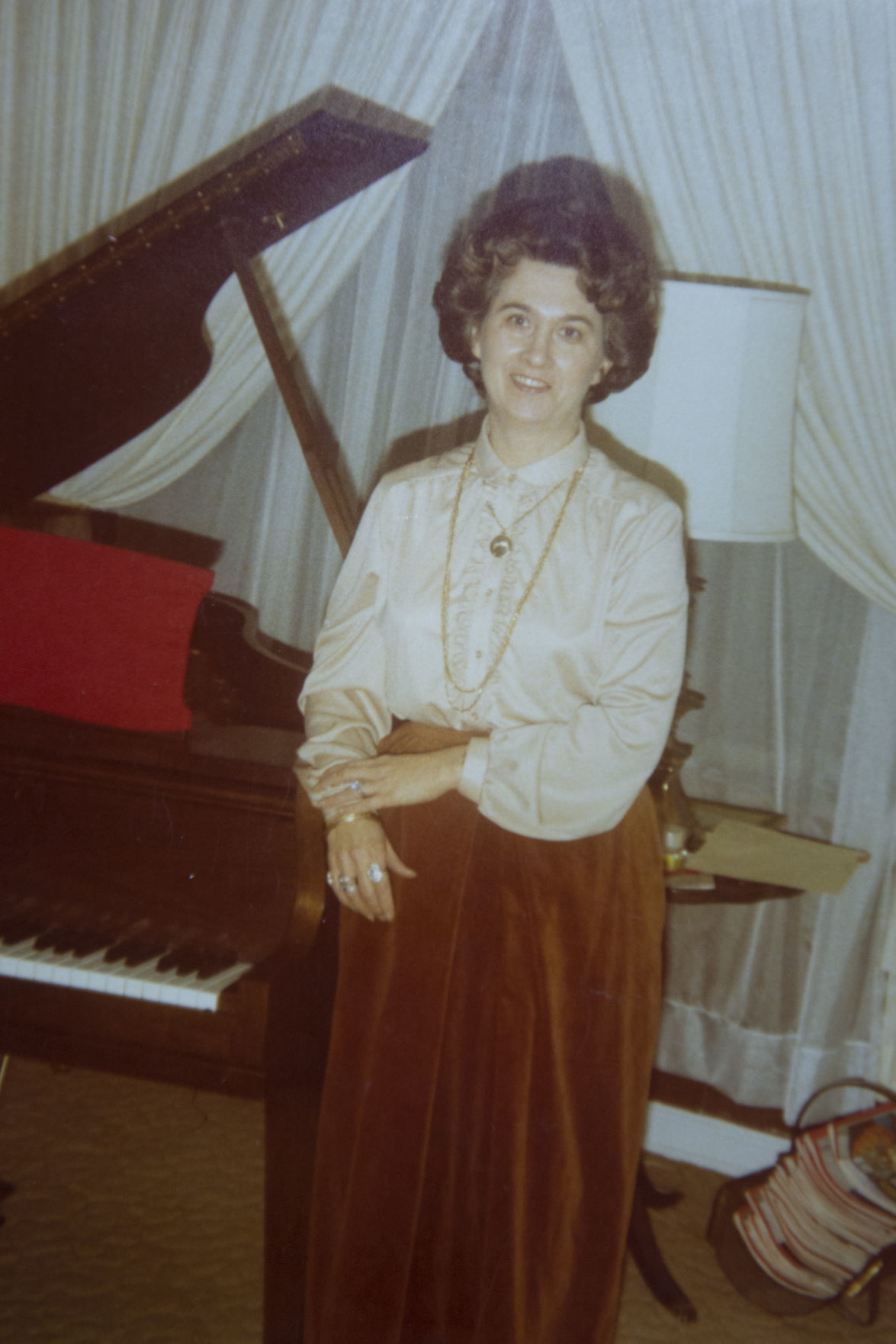 This vintage photo of Janette Hill was sent to her by her husband from Japan after it was enlarged and colored.

Veteran piano teacher Jeanette Hill helps her grandson with a piece during a lesson.

This program promotes a commemoration of Janette Hill's 70 musical years.

As a performing pianist, she got an early start. By the age of 8, Jeanette Corns Hill was playing for services at her church.

At 84, more than three-quarters of a century later, she’s still at it. Starting as a child at the Ruth Community Church, and now twice each Sunday at the Mountain Mission Church, she has devoted her life to serving God through music.

And not just that. She’s played for funerals and weddings. Before a medical condition robbed her of her voice, she sang in duets, trios and quartets. She also plays accordion and guitar. And she has shared her expertise with hundreds of students, as many as 65 a year.

She probably would qualify as a child piano prodigy. After a few lessons, she pretty much taught herself. While still in grade school, she could read shape notes and transpose keys to suit the singer.

Elopement at 14 and a first child at 15 thwarted plans for Julliard. No regrets there. Last month, she celebrated 70 years with the love of her life. Compared to her beloved husband, Bus, music takes second place.

“I was born in Gordon in Boone County. Daddy was injured in the coal mines and was hospitalized. When he got better, he got a job with Carbide and we moved to Ruth beside South Charleston.

“Mother was always busy in church playing the piano, guitar and singing. There was a lady who moved to the community who taught piano and started teaching a few of us. I was in grade school. She moved away and I got a teacher at Galperin’s. For lessons, I would pick out songs from the church hymnal because mother would sing and play at the Ruth Community Church.

“I picked out the notes to ‘Sun of my Soul.’ I didn’t have a piano, so mother would janitor at the church so I could practice. One day, the deacon heard me practice. He told her she should put me on piano and she could go ahead with the singing. I was 8 and I was the church pianist.

“One time, someone one gave me 50 cents for playing, and I told them, ‘Don’t ever tell anyone that I played for 50 cents.’

“There was a lady who lived near the church and she said anytime I wanted to practice, I could come to her house. She would set in her rocker knitting while I practiced.

“Dad didn’t go to church and didn’t know what was going on. Until he got me a piano, I would prop up a hymnal and sit at this square table and I pretended the table was my piano and I would sing and play as if I could see the keys on the wood.

“Then, one Fourth of July, Daddy took me window shopping to a music store to look at a piano. The next day, he took me to the store. I played several pianos and he asked me which one I liked. I said, ‘That one.’ It was an upright, a Steinway. My oldest daughter has that piano in her home today.

“There was a quartet performing at Ruth and they happened to be from this church. The leader came over and said they wanted to sing this particular song but they needed it in another key. He asked if I transposed. I said ‘What’s that?’ He said that’s when you take a sheet of music in one key and go down or up to suit the singer. He asked me to bring it down to another key.

“I’m sure I made a lot of mistakes, but I did it. When I got home, I sat down at the piano and played as many songs as I could, transposing them to different keys.

“My teacher was from Julliard and she said she didn’t know a thing about transposing. I just did it on my own.

“My teacher wanted me to learn all I could and she would help me get in Julliard. Lewis — we call him ‘Bus’ — came to church. He was in my quartet. I was 14 when he asked me to marry him. We eloped. His sister and her husband went with us. His grandmother told me, ‘You write 21 on a piece of paper and put it in your shoe so you can say you are over 21.’ Bus was 21.

“So I didn’t go to Julliard. I kept taking lessons and giving lessons. Sometimes I would have 62 students a week. I had recitals every year. Some are band directors now and teachers. I played weddings, funerals, everything.

“I had an accordion, so if it was a graveyard funeral, I would use an accordion or if we were in a church with no piano. I played organ and guitar, too.

“I taught my grandsons. One is a music professor at West Virginia University. His music was nominated for a Grammy in January.

“The whole family sang and I played for them. My aunt and I sang duets all the time. As my children were growing up, I taught them. All my girls sang together, all four of them.

“I haven’t been able to sing for about eight years. I started to have these tremors. That stopped my singing. I miss that terribly.

“I played at Ruth until I came over here to the Mountain Mission about 2004.

“I play here every Sunday and Wednesday night. If we have a revival and I’m able, I play. We used to have an early morning broadcast at 8. I used to listen to it with my mother. I ended up playing for that.

“The church bought this new piano and I took the other one home, so now I have a grand piano in my home. My husband bought me an electric piano and I can play all instruments on that.

“I’ve been blessed with four adorable, educated and happy daughters. We have nine grandchildren, one granddaughter and the other eight are boys.

“I’m very happy with my life. I couldn’t have had a more adorable, considerate, lovable husband. There’s not another one like him in this world.

“We celebrated our 70th anniversary last week. He is 91. I am 84. I do not regret one thing. Marrying him is the best thing that ever happened to me.“