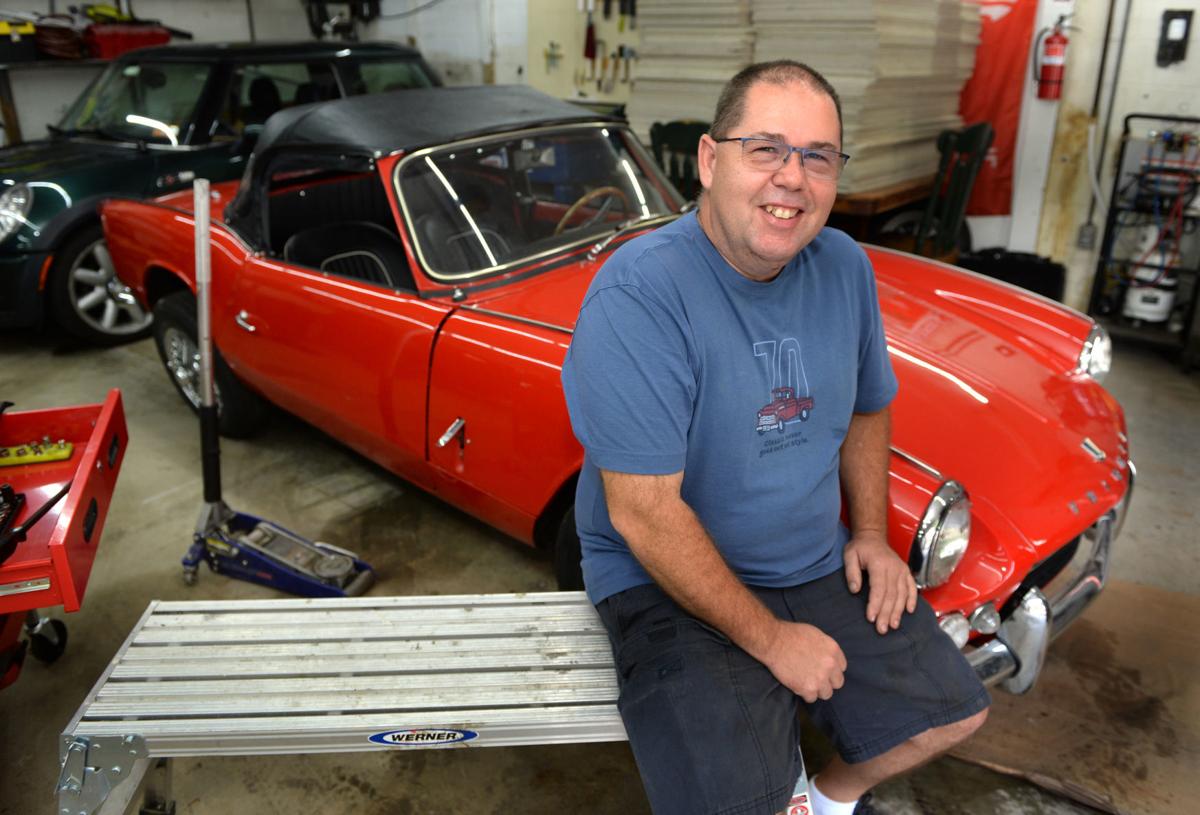 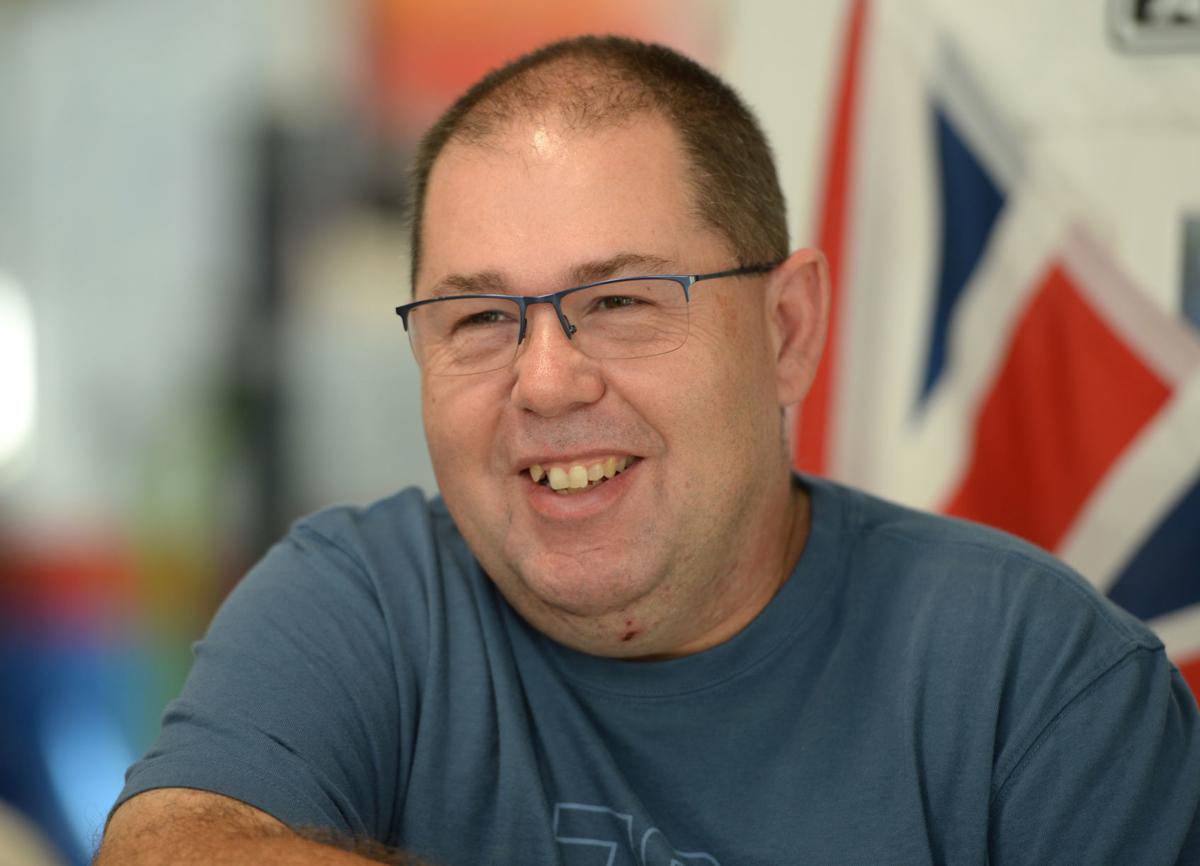 “This was an old gas station from the late ‘40s. It has that nostalgia I was after. The original tile is still in the bathroom.” 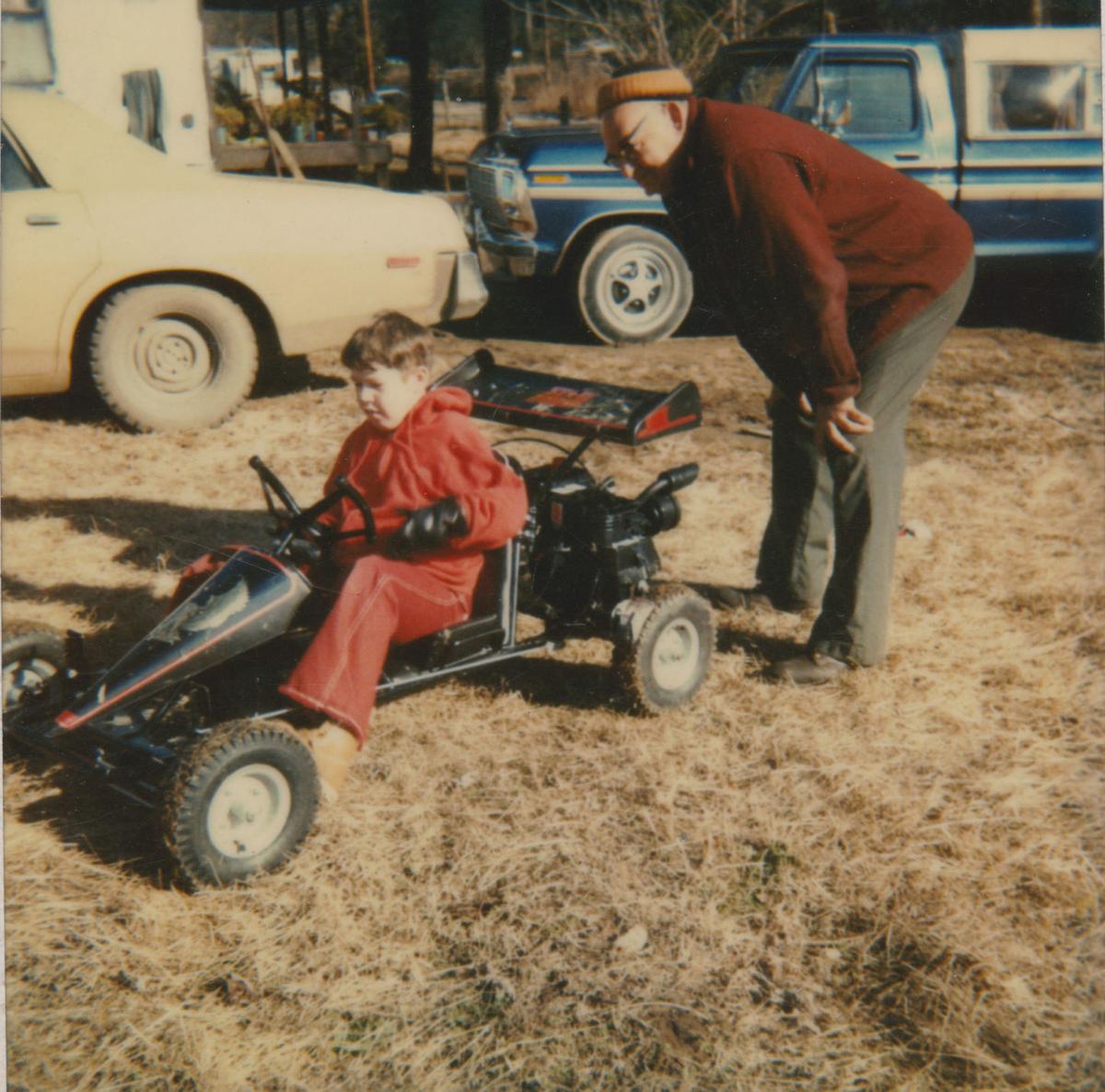 The entire family got angry with George Roberts (right) when he bought this go-cart for his grandson, Kevin. 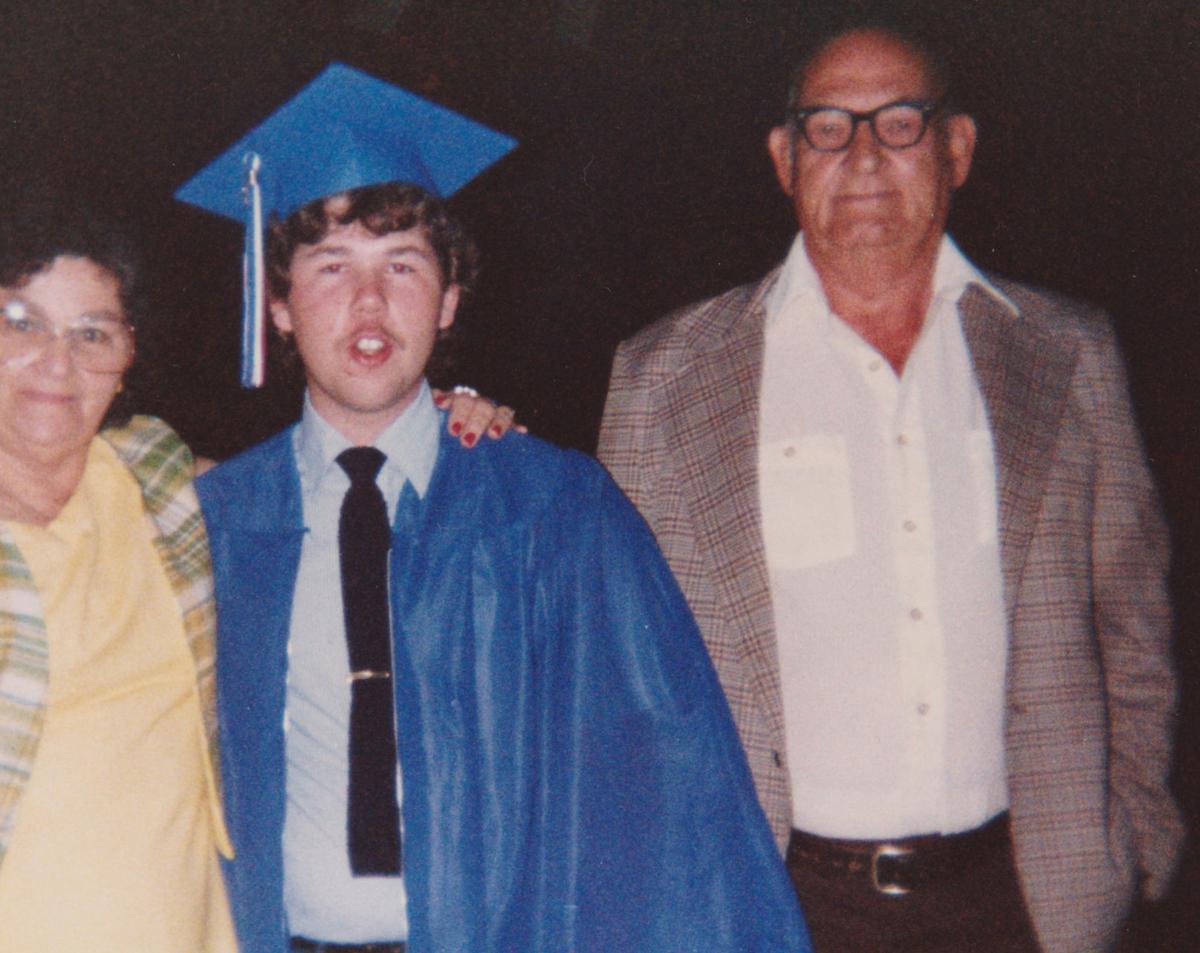 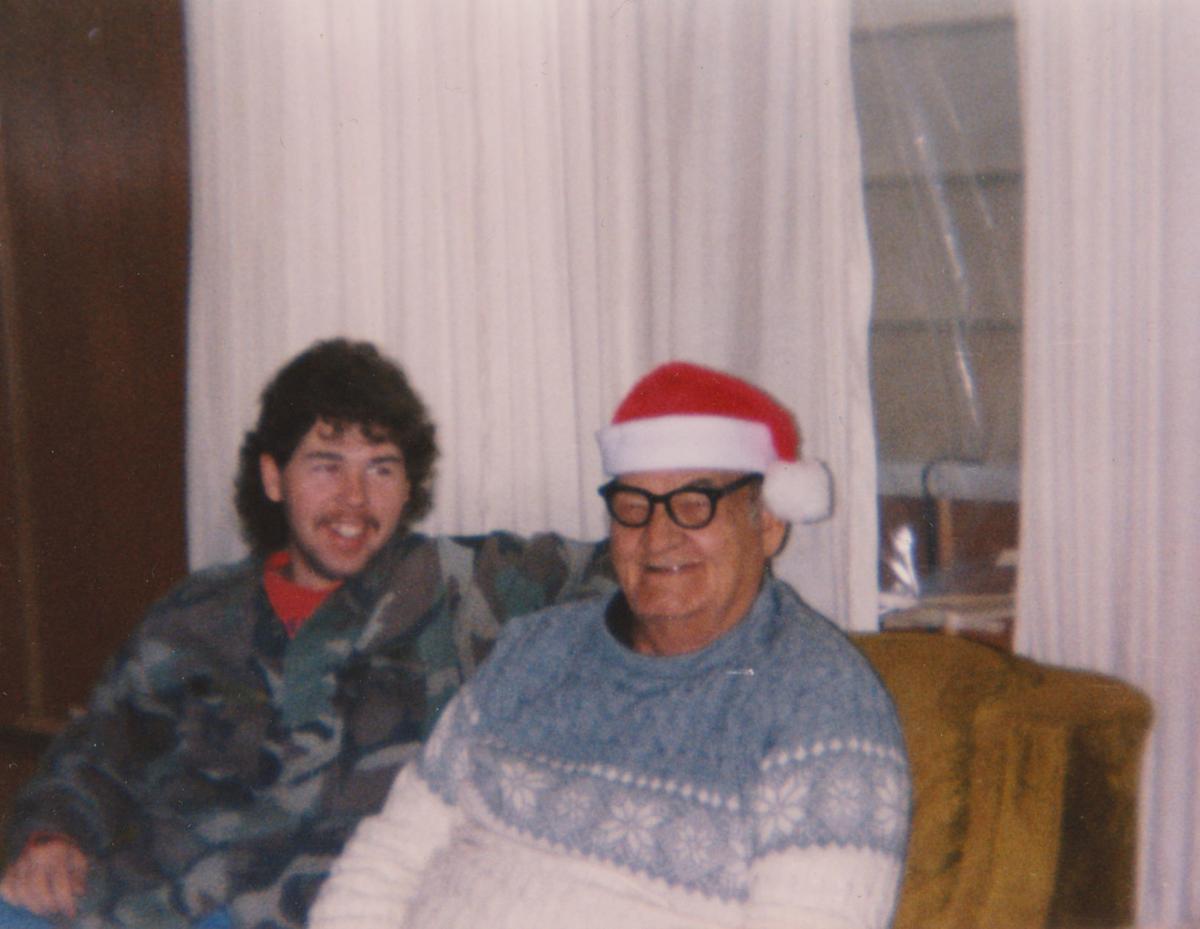 “This was an old gas station from the late ‘40s. It has that nostalgia I was after. The original tile is still in the bathroom.”

The entire family got angry with George Roberts (right) when he bought this go-cart for his grandson, Kevin.

Nobody bothered to ask Kevin Roberts what he wanted to be when he grew up.

A born mechanic, he learned about cars at his grandfather’s knee, how they operated, how to fix them, how to race them.

He earned stellar tech certifications, worked for dealerships, managed, taught mechanics and fixed cars out of his home. Along the way, he acquired an affinity for those “awful” British cars and serves as vice president of the West Virginia British Car Club.

Then, finally, at age 49, it all came together.

Add an outgoing personality to all that experience and this new little dream business has success written all over it. Customers lining up when the doors open says something.

“I grew up right out of Cleveland on Lake Erie. My stepdad was a truck driver until he got hurt driving a truck. My grandfather is who I grew up with pretty much my whole life.

“We were into cars. He was into racing. He built race cars and race engines. Friday, Saturday, Sunday we were at the racetrack.

“I grew up at the racetrack. He has pictures of me in a bassinet sitting on the workbench at 6 months old.

“I started working in the garage with him when I was 4. He was teaching me tools and parts. I was the gofer. I grew up in his shop.

“The question was him telling me I wasn’t going to do this. He wanted me to go to college, so I did. I majored in business and communications at State.

“My first car was a 1950 Chevy two-door. I bought it when I was 12. I would buy them, do a little work to them, sell them and make a little money to buy the next car until I had the money for a ’69 Cutlass.

“My great-grandmother lived in Clendenin and was getting up in age and he came here to take care of her and I came with him.

“I was working at Carbide as a clerk, and I wasn’t interested in anything but cars, so I went right back into working on them. I had to do what I liked.

“I’ve worked for Chrysler and Ford. I’m Ford certified and a Chrysler master tech. I loved working at dealerships. But it was always in the back of my mind that I wanted to do more. I wasn’t being fulfilled.

“I managed Turner Transmission for a couple of years and got in that management mode. I liked that, too, interacting with my customers, but I liked getting my hands dirty, too. I think this is the best of both. I taught for 12 years in Putnam County, [teaching] automotive at Putnam Career and Tech Center.

“The students over the years, they just weren’t into it. They were put into the classes just to be put somewhere and you have the administration saying you have to have so many students getting a job in this field. I can’t make them get a job in this field. I got tired of it. I went to BridgeValley and taught diesel. I thought a college setting might be more fulfilling with students wanting to be there and be in the field. But now, with all that’s going on at Bridge, I had to do my own thing.

“An attorney here was helping me, Larry Kopelman. We spent a couple of years trying to find a shop. He forgot he owned these garages. A friend mentioned them and they were perfect. This was an old gas station from the late ’40s. It has that nostalgia I was after. The original tile is still in the bathroom.

“My grandfather’s the one who got me into British cars. And then I got into muscle cars with him in high school, drag racing. The muscle cars were OK but not what I was really interested in. I had five Chevelles and a really nice ’66 GTO convertible, a $50,000 car. I started graduating toward smaller sports cars, Corvairs.

“I started buying British cars about five years ago. I had some Jaguars, got an MG and just bought a Triumph TR6.

“I go to car shows a lot. I’m vice president of the West Virginia British Car Club. The president and I try to hit all the car shows we can.

“The British cars are awful, but we love driving these little things. Maybe it’s the excitement that you actually made it to the show without breaking down. We wonder who’s going to make it back and who is going to be towed.

“My grandfather making me go to college for business and communications has really helped with this.

“This is my dream, having a shop like where I’m working on British cars and classic cars and sports cars. I’ve had a shop at the house but what I’ve had here since I opened is amazing.

“They’ve been waiting on me to open to work on their vehicles. One of my customers even built a garage beside his house with a lift in it so I could work on his cars.

“I’ve seen some of my students go out and do very well. One runs a shop in Cross Lanes.

“A guy came in the other day with a newer Ford truck and needed head gaskets and I just don’t have the depth for a large stock because the engine has to come out. So I called one of my students over in Cross Lanes, one of the best I ever had. They don’t have an alignment machine so I send my alignments to them. It’s nice to work that way.”