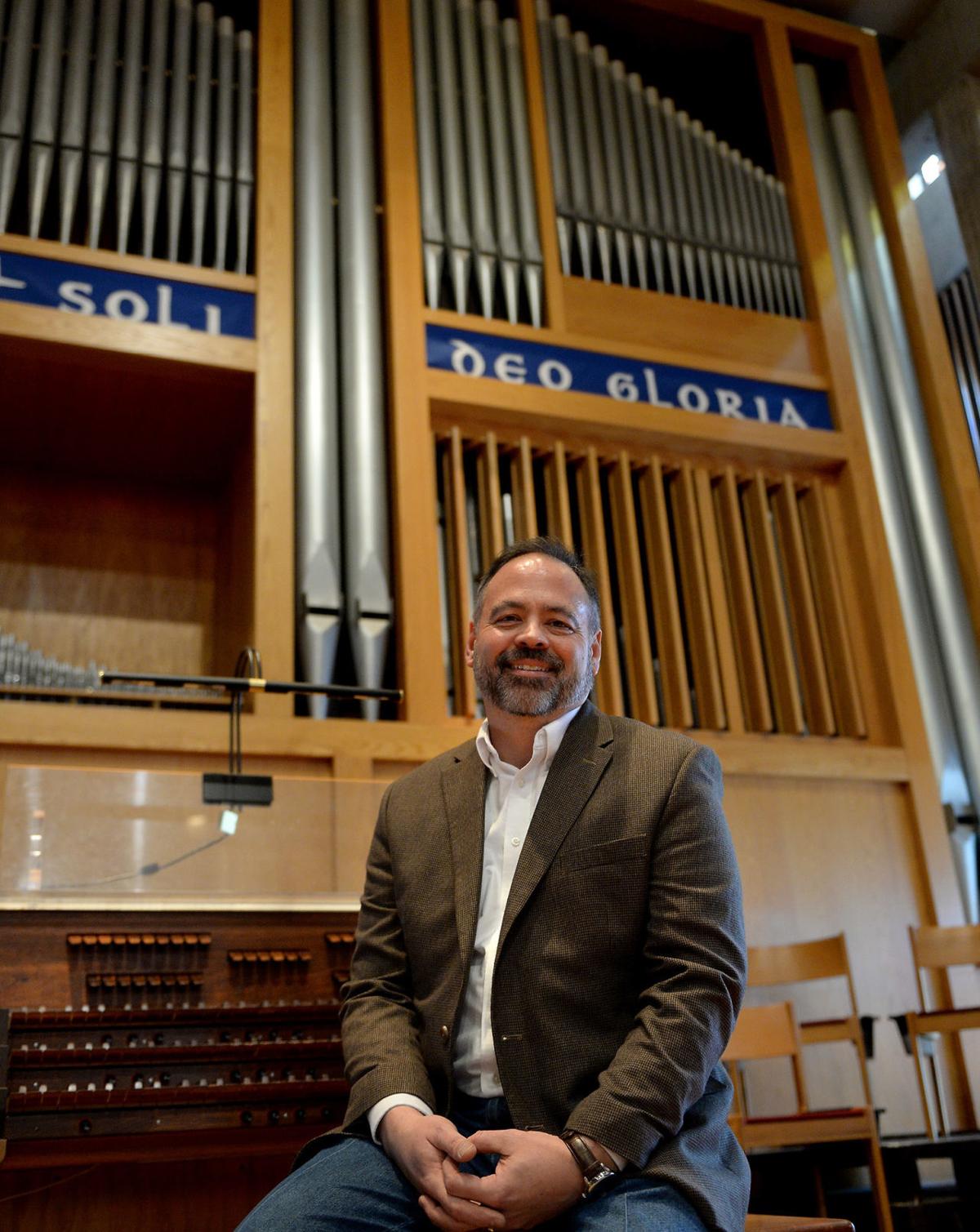 Marking his silver anniversary as music and choir director at Christ Church United Methodist, 55-year-old David Donathan reflects on his musical upbringing and the pipe organ behind him that inspired his eventual career. 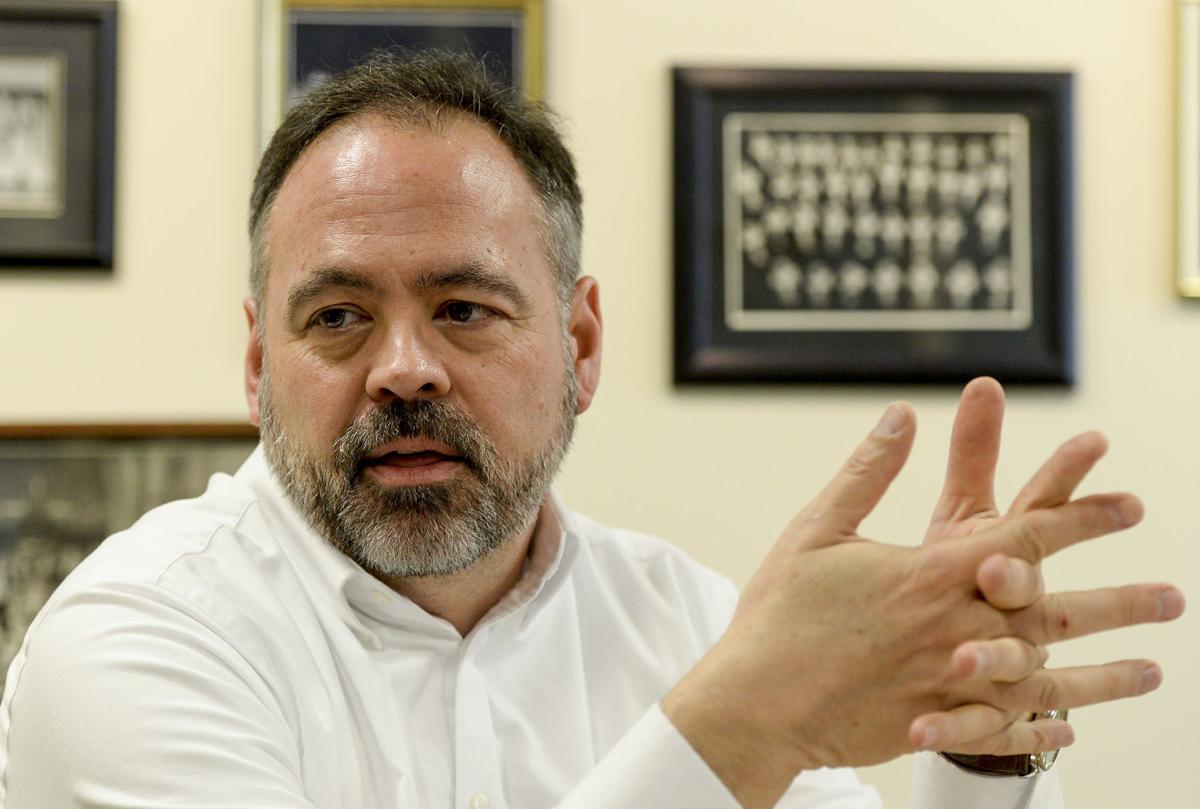 “There’s something about air moving through a pipe that makes it speak. It resonates with me.” 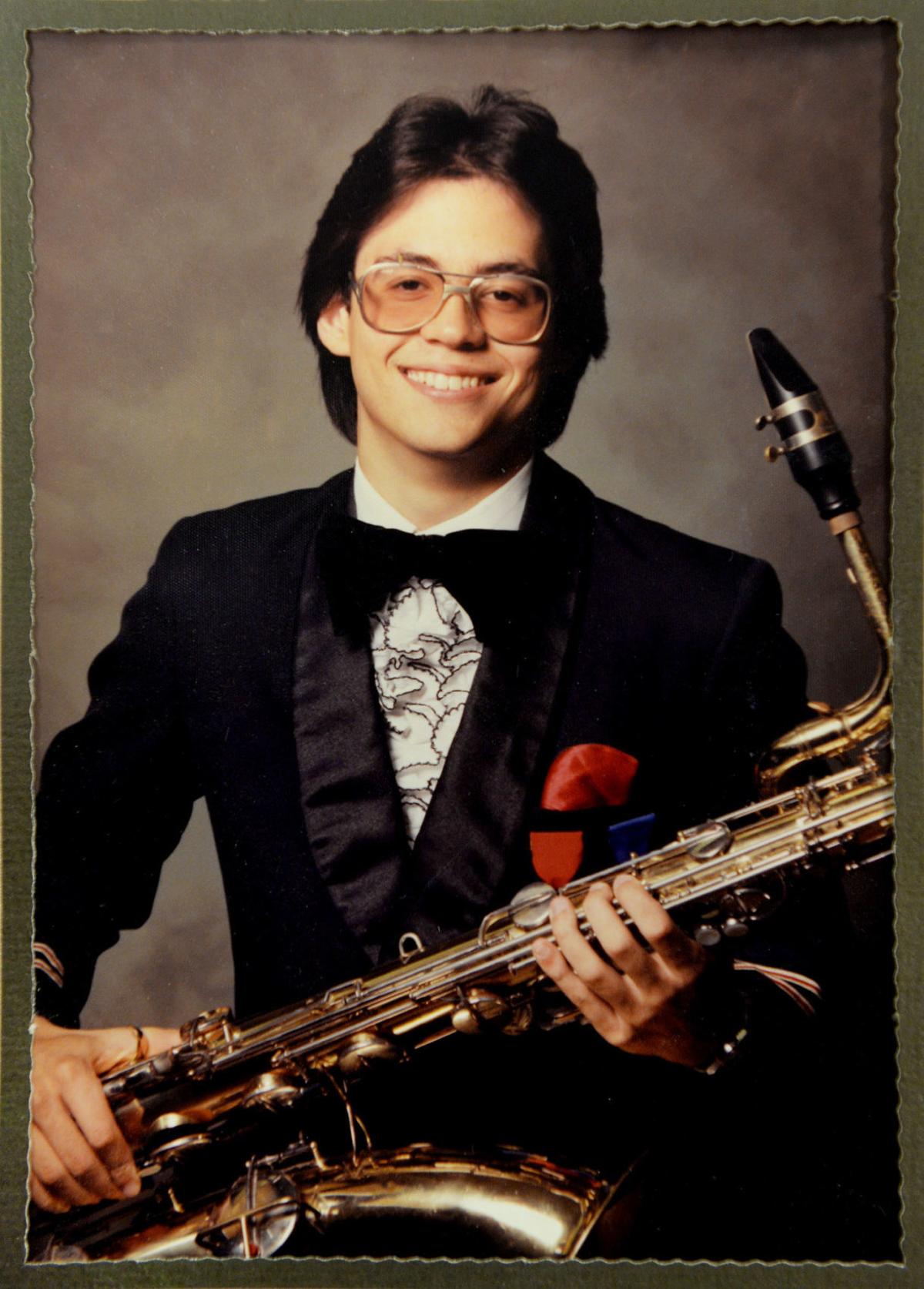 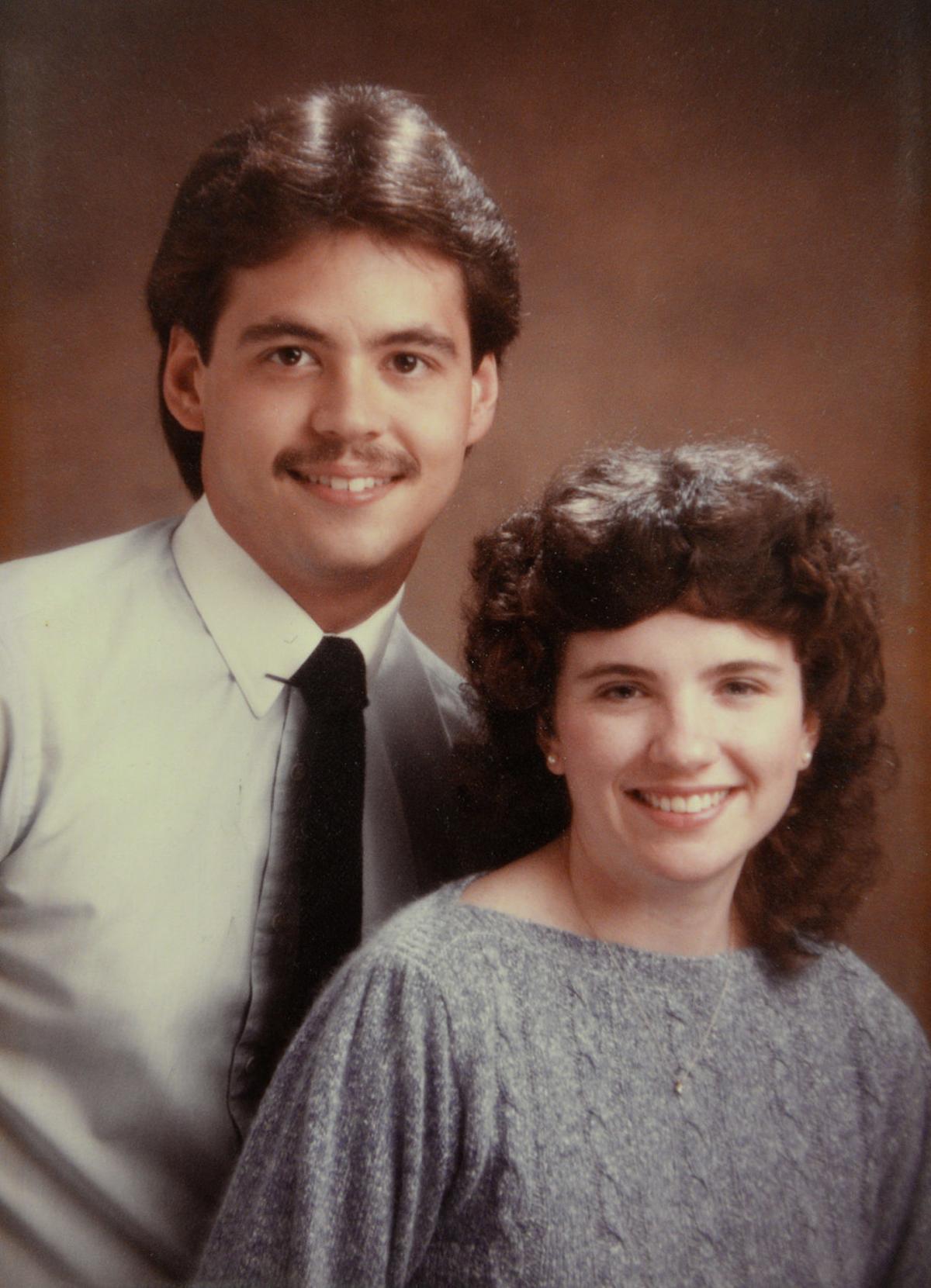 This picture was used in 1985 to announce the upcoming marriage of Karen and David Donathan. 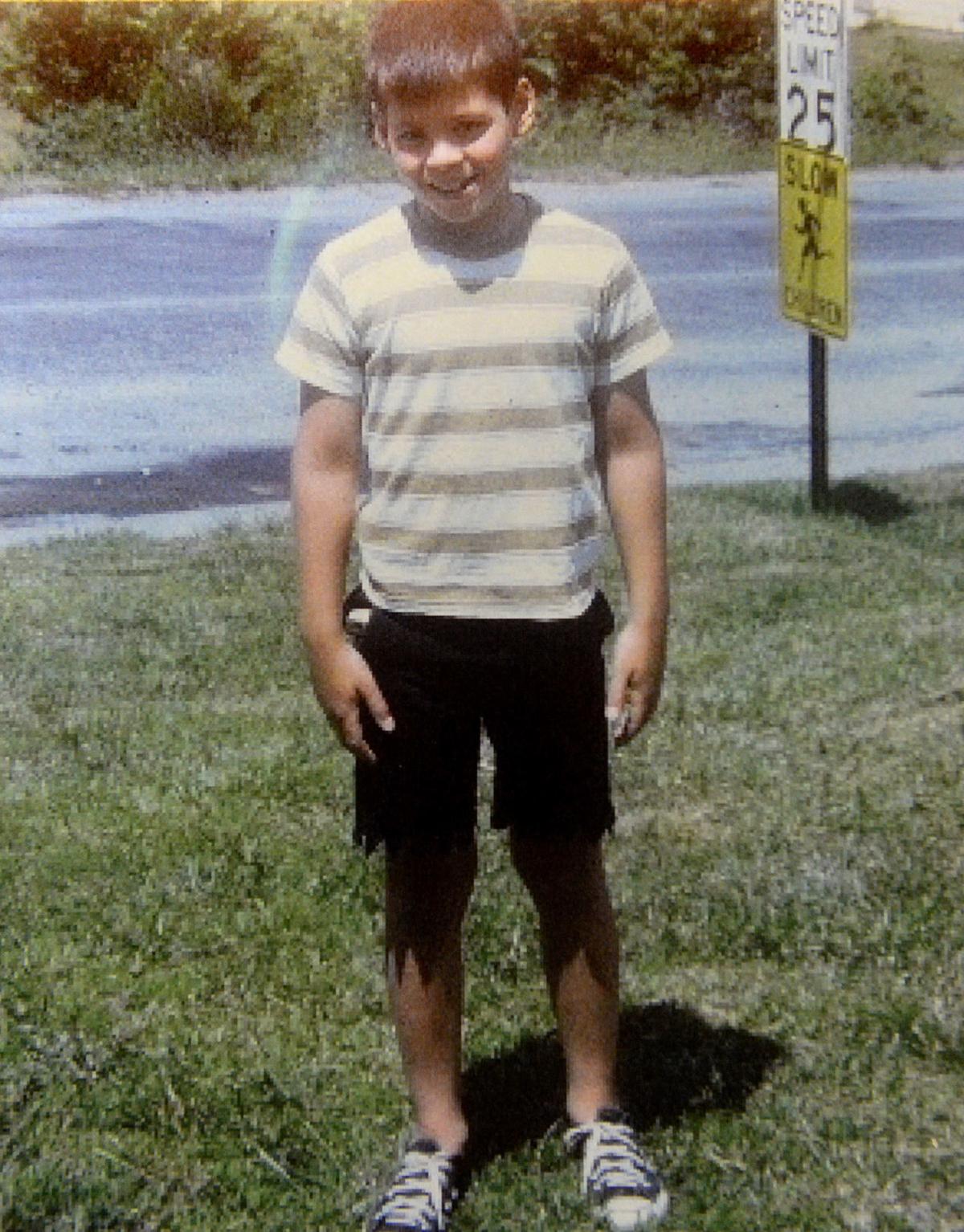 As a third-grader, David Donathan sang his first soprano solo at his home church in Ohio.

Marking his silver anniversary as music and choir director at Christ Church United Methodist, 55-year-old David Donathan reflects on his musical upbringing and the pipe organ behind him that inspired his eventual career.

“There’s something about air moving through a pipe that makes it speak. It resonates with me.”

This picture was used in 1985 to announce the upcoming marriage of Karen and David Donathan.

As a third-grader, David Donathan sang his first soprano solo at his home church in Ohio.

The soaring, captivating notes of a pipe organ did the trick.

This month, at Christ Church United Methodist, Ohio native David Donathan celebrated the 25th anniversary of a musical epiphany that turned his life around.

Reared in a musical family, he avoided the obvious as long as the pipe organ would let him. Then nature took its inevitable course, and here he is, reveling in a dream job with his name written all over it.

It seems everybody knew music would direct his life but him. A choir director back home in Ohio changed all that. The minute he heard the diverse sounds emerging from those shiny gold tubes, he’d found his musical muse.

He’s 55 and a full-time minister of music at Christ Church. His confirmation as a deacon in 2014 just sealed the deal. This is who he is, who he was always destined to be.

“I grew up in St. Clairsville, Ohio. It’s known as the Paradise on the Hilltop because you come up from the river in Wheeling up into Ohio to a small city of about 5,500 people. It was a great place to grow up.

“I’m a middle child between two brothers. My father played trombone and taught music at the high school. Before he retired, he was at Linsly Institute as their music person.

“After he retired, after my mother was killed, my father wanted to do something different and went to the Culinary School for the Arts in Pittsburgh and became a chef at the Grand Floridian in Florida.

“My mother taught piano. As a boy from a small town in Ohio, I didn’t know anything about a career in full-time church music.

“There was always music in our house. Both were involved our local church. My father was choir director and my mother sang in the choir.

“I sang my first boy soprano solo in third grade.

“Mozart called it the king of instruments. It’s just such a natural thing. It can make the softest sounds and the biggest sounds you can imagine. There’s something about air moving through a pipe that makes it speak. It resonates with me.

“Music is a gift from God. Everybody in some way shape or form has the ability to make some kind music. Some may even categorize it as joyful noise, and that’s okay, but we can all do something when it comes to music. It’s a way for them to express what they want to give back to the church.

“Both my parents graduated from Marshall with music degrees and were always involved in the local church with music. My dad was the choir director and my mother sang, so I got involved with music through the church.

“I didn’t start piano until kindergarten or first grade, but it wasn’t something my parents were going to force me into. I wanted to do it.

“In college, my undergraduate professor introduced me to the idea of doing this full time, like I had a calling.

“I visited the Scarritt Graduate School in Nashville and other churches that had full-time church musicians, and I knew it was exactly where I needed to be.

“I graduated from high school in 1981. I was at First United Methodist Church outside Atlanta for five years.

“Right after I graduated from high school, my mother was killed in a single-car accident on I-64 just beyond the Teays Valley exit,w where my mother grew up. My grandmother survived the accident. She spent six months in the Hodges nursing home.

“I got an organ performance degree from the University of Akron.

“May 10, 1992, was my first Sunday here. It was the day they we dedicated all these stained glass windows. I had interviewed and I made the top two candidates a lot of times. But my family is all here. I’m not going anywhere.

“I didn’t know it at the time, but my daughters are the fourth generation to attend Christ Church. A great great aunt and uncle were members at the beginning of the 20th century. Nina Blundon Wills was a noted poet. He and their son, Bernard, sang in the same choir I direct almost 100 years later. Doc Phillips, who had Phillips Animal Hospital, was married to my cousin, Lois.

“My father died in 2015 of colon cancer. He passed away the night before he was going to go home from the hospital.

“In 2014, I was ordained a deacon, which just confirmed even more that this is what should be doing with my life.

“The church fire was in July 1969. Out of that was a group planning for the church’s future. They decided to stay downtown, embark on a community-based ministry and build a structure that would accommodate those ministries.

“They wanted a full-time minister of music, hand bells and all these choirs. So it did affect my ministry. It guides me to this day.”