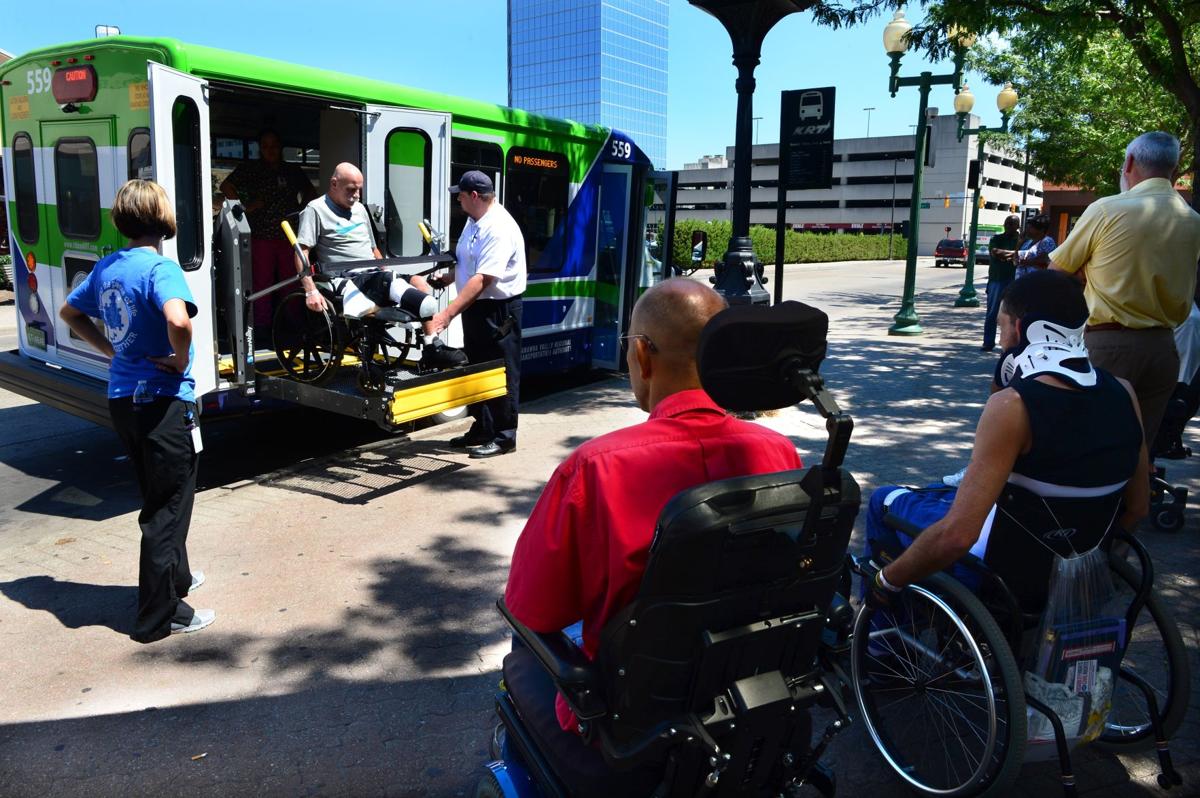 Mike Rankin, of South Charleston, rides a lift to get inside an accessible bus Friday at the Bus Accessibility Day. Rankin, now a patient in physical rehabilitation after the lower part of his right leg was removed, said he hopes to use public transportation like this once he’s released from the Charleston Area Medical Center. 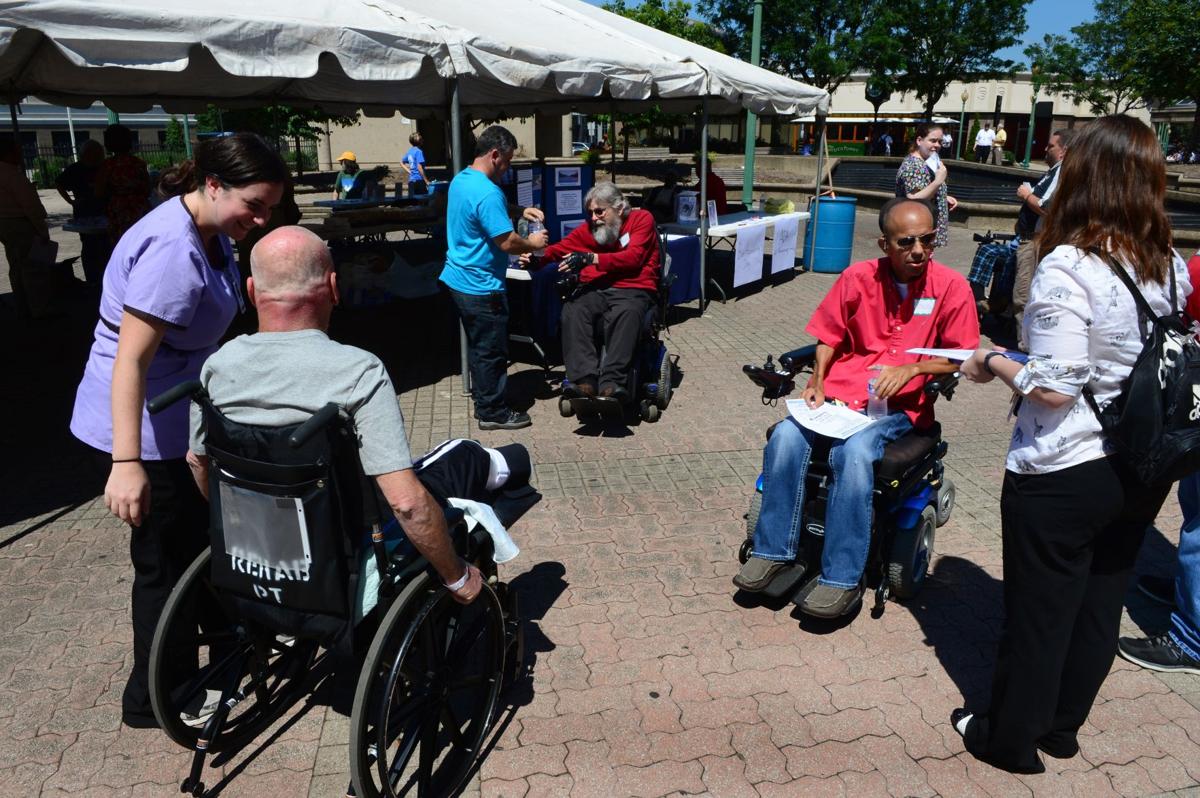 Mike Rankin, of South Charleston, rides a lift to get inside an accessible bus Friday at the Bus Accessibility Day. Rankin, now a patient in physical rehabilitation after the lower part of his right leg was removed, said he hopes to use public transportation like this once he’s released from the Charleston Area Medical Center.

Because of the poor circulation in his legs that spurred a rapid infection, doctors told Mike Rankin in January that they would have to remove his toes. So they did.

But three weeks ago, after being advised to enter into an aggressive round of therapy, the infection was still there. He was afraid.

“This changed my life, it really has,” the South Charleston man said, looking down to where his right foot use to be. “I told them, ‘let’s take it off at the knee.’ I can get another leg. I’m going to be fine.”

Rankin was one of about 10 Charleston Area Medical Center patients in physical rehabilitation that visited the Slack Plaza Transit Mall during lunchtime Friday.

Patients — some of whom were a little uneasy about being lifted in the air in their wheelchairs — were shown how to use Kanawha Valley Regional Transportation Authority’s accessible buses. Organizers hope when they leave CAMC, they’ll feel comfortable knowing how to use public transportation with a wheelchair.

The event was one of hundreds across the nation meant to celebrate Congress passing the Americans with Disabilities Act 25 years ago.

The real anniversary isn’t until Sunday, but that didn’t stop people from reflecting on how their lives have been changed by the legislation.

“That was one of the most important civil rights laws that was passed for people with disabilities,” said Larry Paxton. “It basically levels the playing field for us in employment, transportation, access to public buildings and other programs.”

Paxton, 60, of Clendenin, is the executive director of Appalachian Center for Independent Living. The organization provides services to keep people with disabilities in their communities, Paxton said, “so they don’t have to go lay in a nursing home somewhere.”

At the event, people were quick to point to Paxton as the leader of the pack.

Have questions about when a bus route runs? “Go talk to Larry.”

Can’t reach the button to automatically open a door and need help filing a grievance? “Larry can help you out with that.”

Anything else? “Larry! Can you come over here for a minute?”

But he hasn’t always been a leader in the accessibility community. It wasn’t until a 1973 car crash that left him in a wheelchair that he started getting involved.

“I just happened to find out about a part-time job at ACIL,” he said. “I volunteered for a while; then I became a counselor. And then the director moved on and they wanted me to be the director. I was scared to death.”

He was still learning how to cope with his disability, and feared being thrown into an administrative position, especially in a time before the ADA laws were passed.

He took the job anyway. Throughout his years leading the organization, he’s seen substantial growth. ACIL recently started serving more than 1,000 people and its wait list has more than 120 names on it.

He’d love to see that list of names shrink, but he just doesn’t have the resources to provide services to everyone.

One of the services ACIL provides is bus transportation to people who use wheelchairs. After someone vandalized and burned one of the group’s buses, their resources were further strained.

That bus was crucial for ACIL because surveys of their clients show the two areas where individuals with disabilities most need help are housing and transportation.

Since ADA law went into effect, Paxton said gradual improvements to transportation have sped up exponentially. Now, KRT has a series of Kanawha Alternative Transit buses that can pick up people with disabilities.

To ease the group’s stress, KRT Assistant Manager Doug Hartley donated a bus to Paxton and his organization to use as a back-up bus if others are being repaired.

For more information about ACIL or to inquire about getting on its wait list, visit www.acilwv.org.