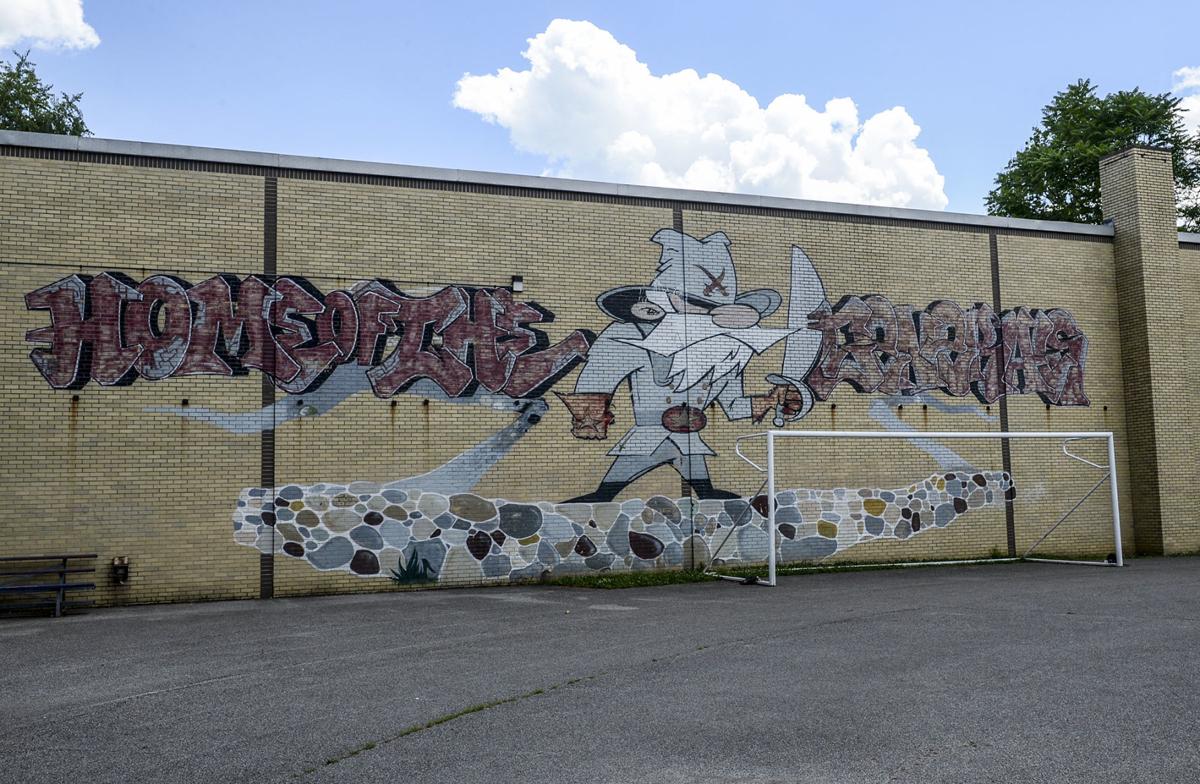 Justin Withrow, who painted the mural on the back of Stonewall Jackson Middle School 15 years ago, said the art “just needs to go.” The Kanawha County Board of Education voted Monday to change the name of the school. 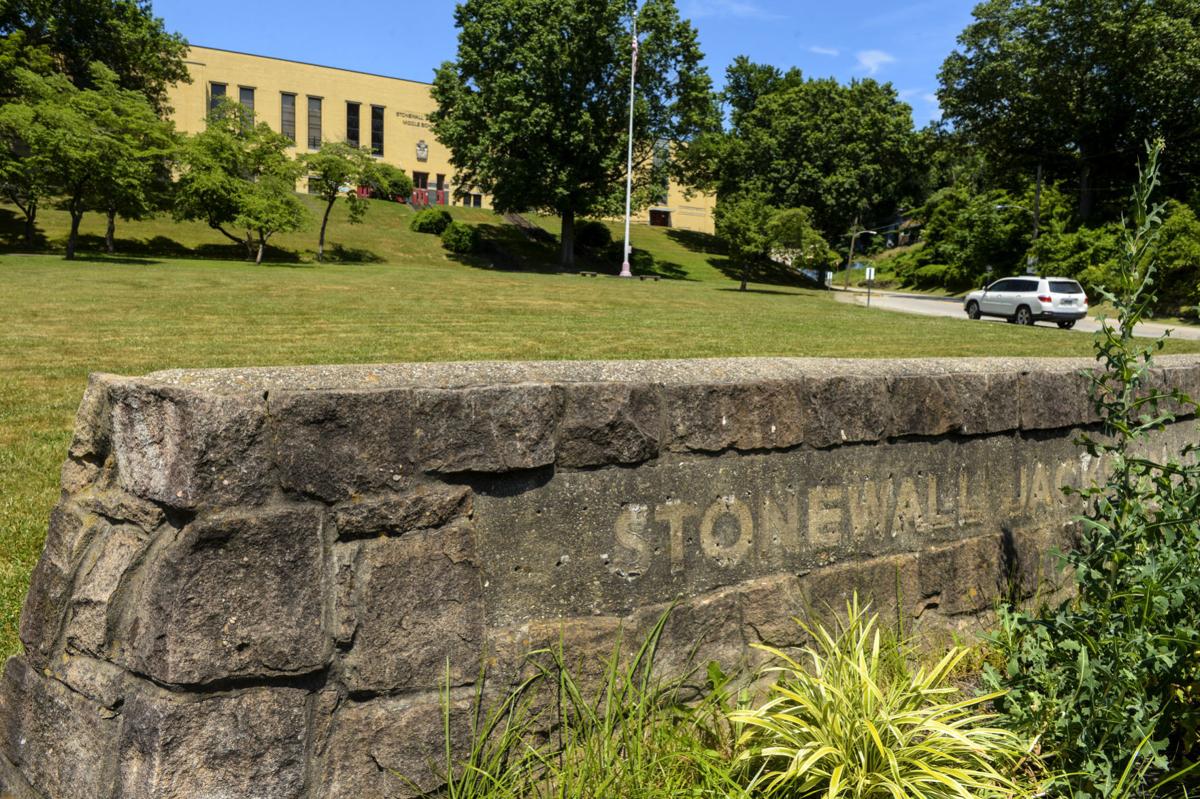 Workers removed the nameplate from a sign in front of the school formerly known as Stonewall Jackson Middle School Tuesday.

Justin Withrow, who painted the mural on the back of Stonewall Jackson Middle School 15 years ago, said the art “just needs to go.” The Kanawha County Board of Education voted Monday to change the name of the school.

Workers removed the nameplate from a sign in front of the school formerly known as Stonewall Jackson Middle School Tuesday.

Change is coming to the school formerly known as Stonewall Jackson Middle School.

Following the Kanawha County Board of Education’s unanimous vote Monday afternoon to remove the Stonewall Jackson name, the West Side school will soon be receiving a new identity.

Some of the trappings of the old school will be easy to shed — workers spent Tuesday removing the name from multiple signs in front of the building. Others may take some consideration, like what to do with the graffiti mural of a sword-wielding cartoon general on a wall behind the school.

Justin Withrow, the artist who painted the mural, said it needs to go.

Withrow, reached at his shop in Columbus, Ohio, said the mural was, “old, dilapidated and looks ugly.”

“And now with the connotation of it being what it is, it just needs to go,” he said.

Withrow, a Stonewall Jackson Middle School alumni, was 18 when he painted the mural 15 years ago.

“That was literally my first paying job,” he said. “It was the first one I ever did.”

Before the mural, Withrow was a local street and graffiti artist. His mother was a clerk at the school, and helped him connect with school officials who commissioned him to do the work.

“I was right out of high school,” he said. “I was passionate about art.”

After attending art and design school in Columbus, Withrow returned to Charleston to paint murals at Mary C. Snow Elementary.

Withrow said when he took the Stonewall Jackson commission 15 years ago, he hadn’t really given a lot of thought to the Confederate general behind the school’s name, who inspired the Generals mascot.

“I wasn’t very knowledgeable,” he said.

Withrow, 33, said he was excited by the job and the opportunity to paint on such a large surface.

“It was such a big task,” Withrow said.

A lot has changed for him since that first mural. In Columbus, he still paints murals, but also helps other artists dive into the medium through his store, Lookout Supply.

“It’s the hottest, most popular form of art in the whole world right now,” he said. “We sell the paints for that and give people the opportunity to tackle something big with our walls.”

Withrow said as a street artist, he’s not possessive of his work in the same way as another artist might be.

“I’m a professional artist,” he said. “I do everything now. I sculpt. I do furniture, but I’m passionate about letters and graffiti and street art.”

He puts up murals and graffiti, but none of it is permanent.

“They get painted over all the time,” Withrow said.

He said he had installations all over Columbus, but the art on some of those walls often get changed out every three to six months.

“There’s always a little attachment to your work when it gets painted over,” he said. “But it makes room for more new art, and I’m all about that.”

Withrow said he hoped if the mural at the middle school is replaced, that he might get a crack at painting a new one. While he no longer lives in Charleston, it’s still home, Withrow said, and he’s always wanted to raise his profile in the city.

He said he has a lot of ideas to celebrate the diversity of the West Side.

“That wall is huge and would have a big impact on the community,” Withrow said. “I’m excited to see what’s going to happen.”

The public middle school with West Virginia’s highest percentage of Black students will no longer be named after a Confederate general, the Ka…