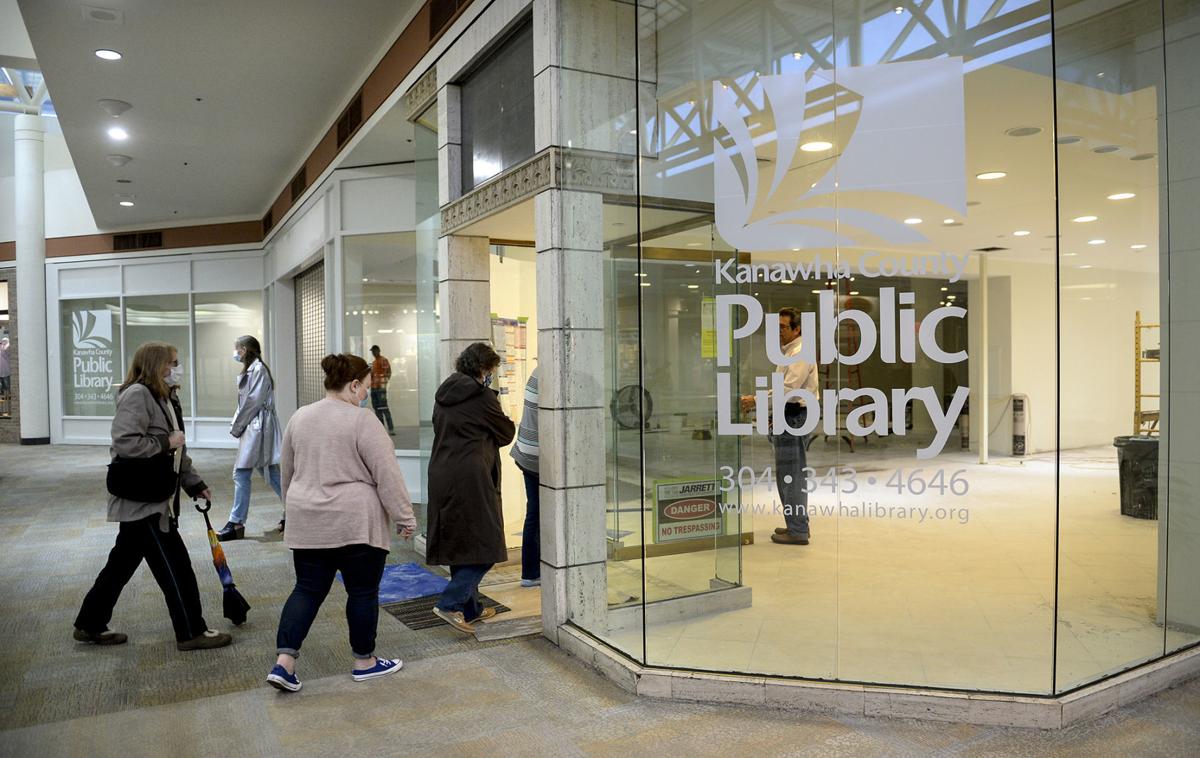 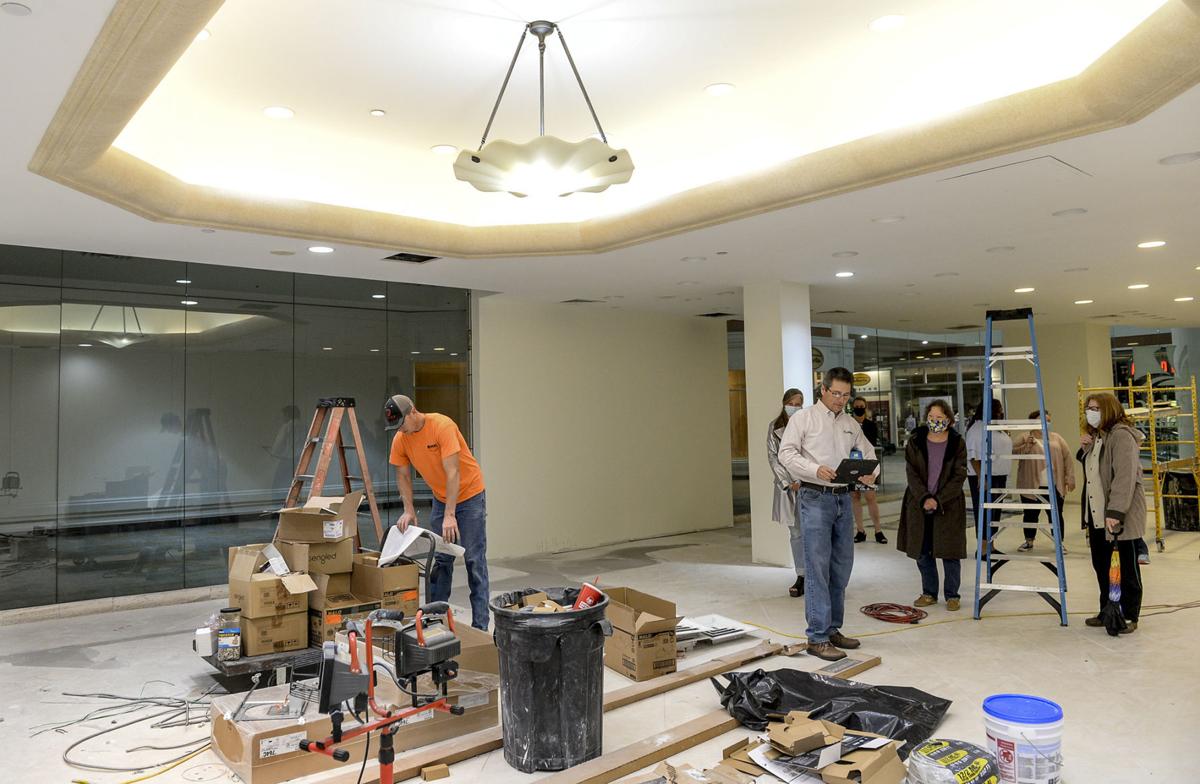 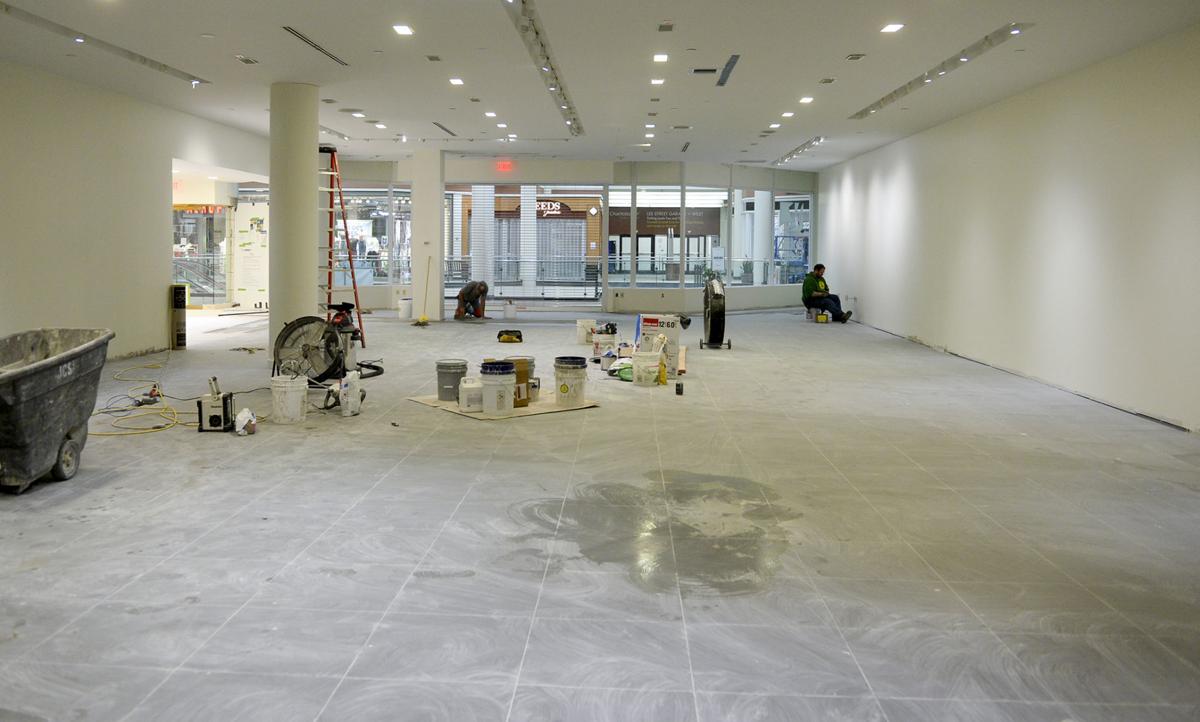 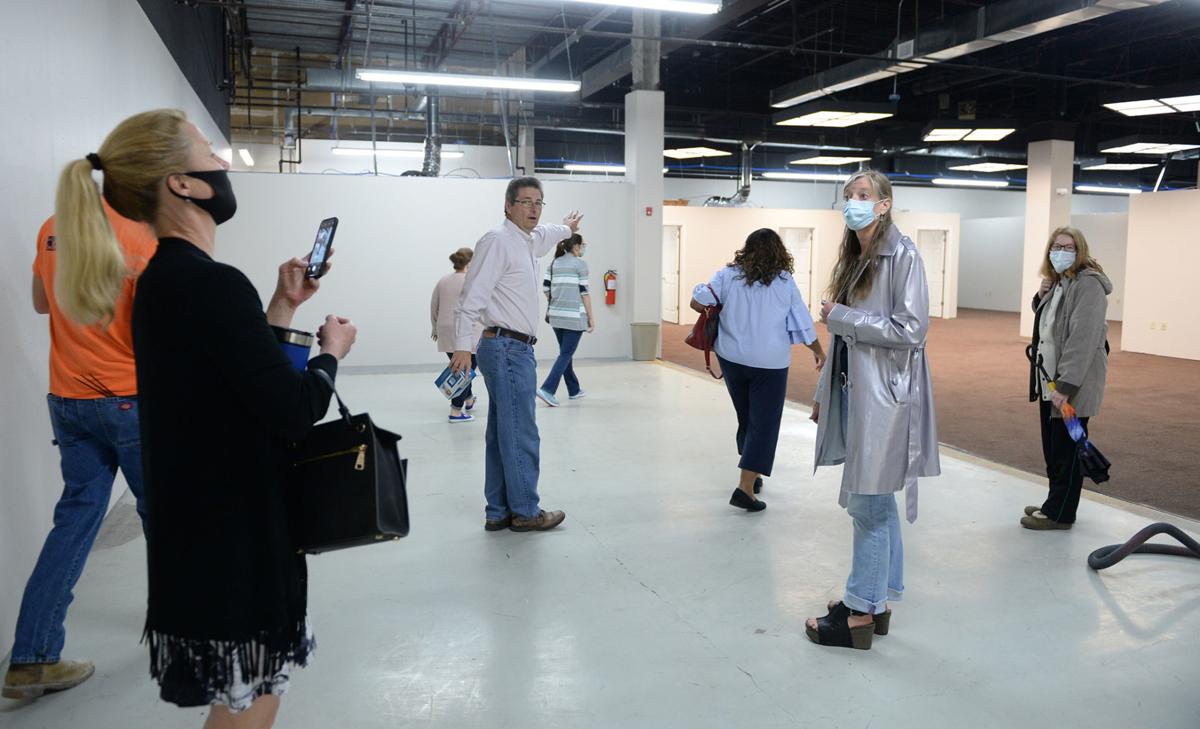 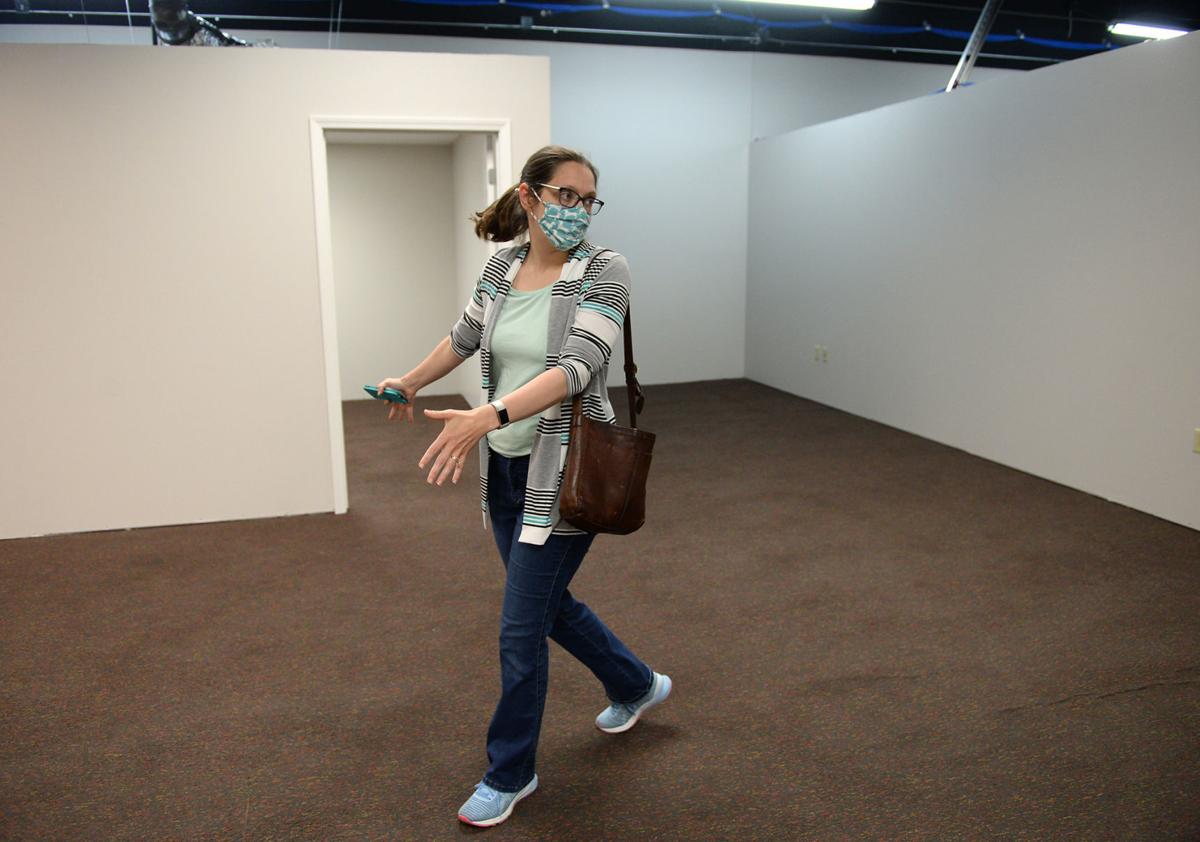 Sarah Mitchell, public service manager at the Kanawha County Public Library’s main branch, looks at where desks will be placed in the new temporary administrative area at the Town Center mall. 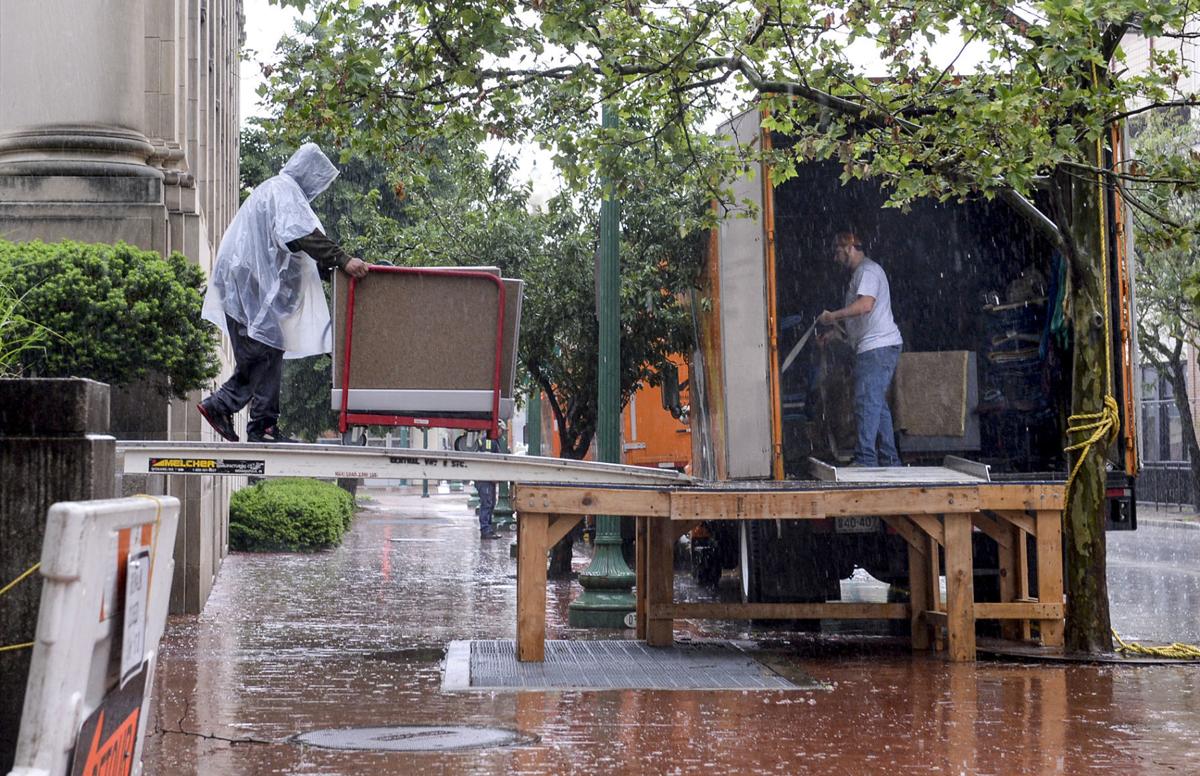 Workers fron Central Moving and Storage load trucks with furniture and books from the Kanawha County Public Libary building, on Capitol Street, to be taken to the library's new temporary space at the Charleston Town Center mall.

Sarah Mitchell, public service manager at the Kanawha County Public Library’s main branch, looks at where desks will be placed in the new temporary administrative area at the Town Center mall.

Workers fron Central Moving and Storage load trucks with furniture and books from the Kanawha County Public Libary building, on Capitol Street, to be taken to the library's new temporary space at the Charleston Town Center mall.

The Kanawha County Public Library’s downtown Charleston location is nearly ready to begin its next chapter at the Town Center mall.

The library, along with central offices for the county library system, will spend around 18 months at the mall before returning to a renovated Capitol Street location.

The project to update the library building, located on the corner of Capitol and Quarrier streets, has been in motion for years, after an initial push to build a new facility was abandoned.

For Erika Connelly, who recently took over as director of the KCPL, the transporting of materials was a welcome sight.

The task of preparing the temporary site is being handled by Jarrett Construction Services. Company President John Jarrett gave members of the library’s board of directors a tour of the mall location Wednesday morning. He said safety protocols in place because of the coronavirus pandemic hadn’t slowed their progress, “but it was eerie being in here without all the people.”

While the Town Center reopened to the public Thursday, Connelly said the library is still weeks away from checking out its first book. Branch locations across the county should resume operations sooner.

“We’re going to be reopening in stages,” she said. “We plan to be entirely moved in by June 11. The other branches will open before we do at the mall.”

A lot of work has gone into the move. Library workers have spent the past couple of months packing up materials and clearing out the accumulated debris tucked away in the nooks and crannies of the century-old, six-story building. A garbage bin set up outside the building is full.

“It’s just trash,” Connelly laughed. “It’s mostly just old papers, faded construction paper and broken junk that nobody knows why it was kept. Some of it is decades old.”

All sensitive documents are being shredded, and no books are being tossed out. Instead, Connelly said about 70% of the library’s materials will be kept in storage until they can be returned to shelves once renovations are complete.

The remaining books are being divided among the library’s other branches and the temporary location on the second floor of the Town Center, across from the Aeropostale clothing store.

The mall location, which occupies space that briefly served as a home for the Contemporary Youth Arts Company’s theater, is less than 5,000 square feet — roughly the size of the Cross Lanes branch, according to Assistant Director April Wallace.

“We’re just taking our most popular stuff,” Connelly said. “We’re going to be using our branches like crazy and sending things to them. You just can’t cram the contents of a six-story building into a couple of store fronts.”

The temporary space will be functional, but might look a little rough around the edges, Jarrett said. That’s by design.

“We want to save every dollar we can,” he said. “That money is better spent across town.”

Once the last bit of construction is complete and the boxes of books, DVDs, CDs and more arrive across town, library staff will begin the process of unpacking and preparing to open the mall location.

There’s still a lot of work to do, but a lot has already been done.

“The staff is exhausted, but excited,” Connelly said.