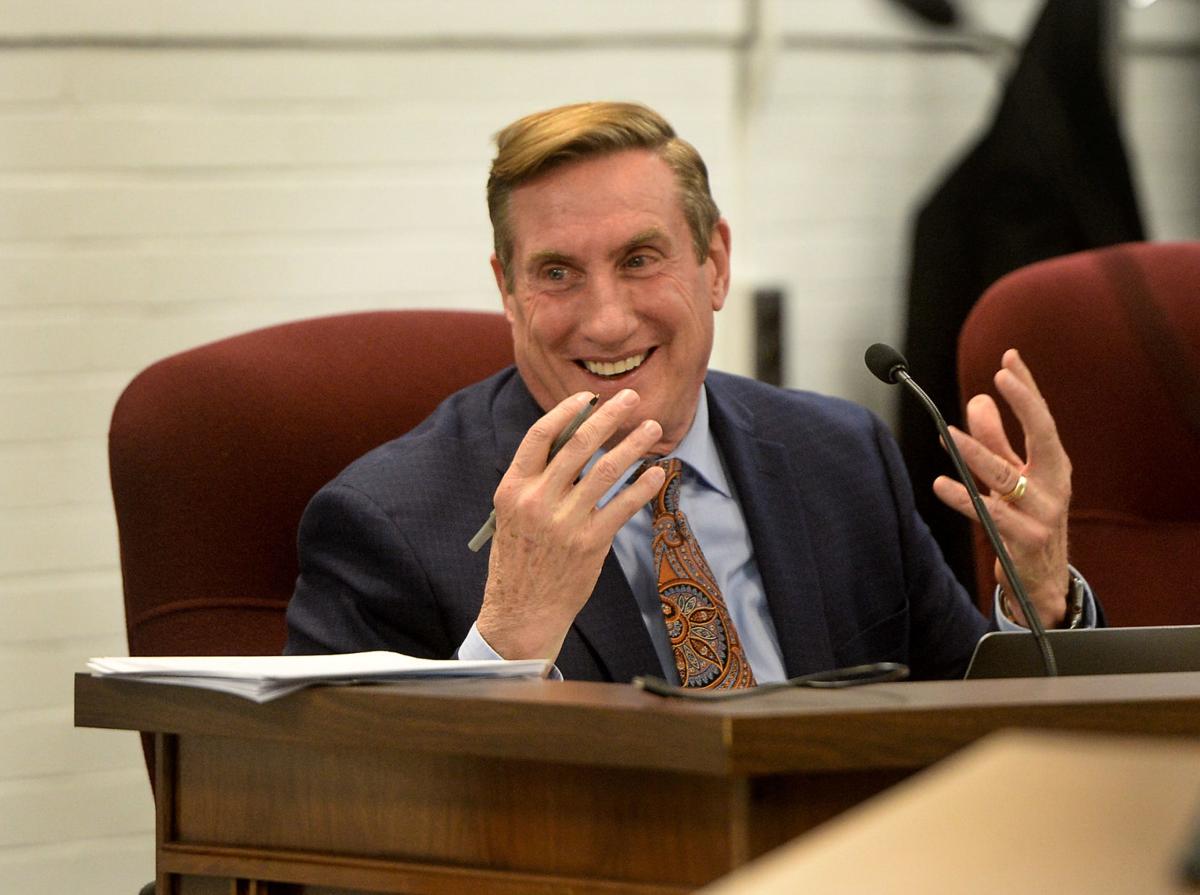 Long-time Kanawha County Schools Superintendent Ron Duerring at the school board meeting Thursday night where he officially announced his retirement. 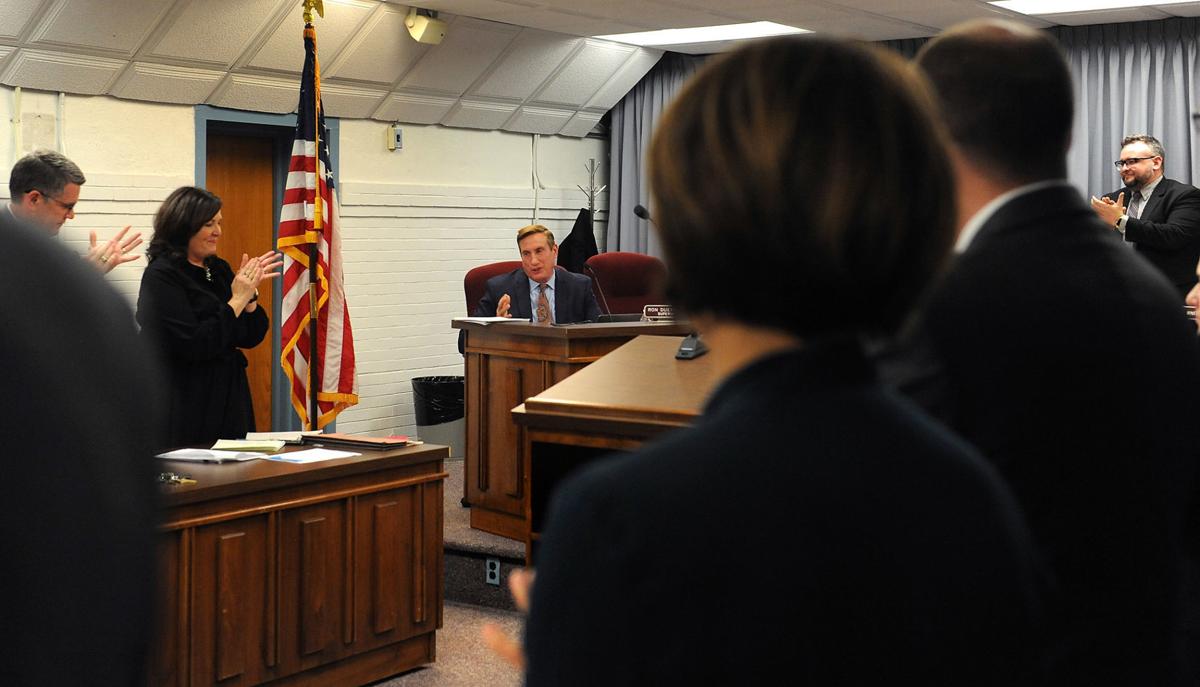 Kanawha County Schools Board of Education staff and school board members give a standing ovation to long-time superintendent Ron Duerring at the school board meeting Thursday night where he officially announced his retirement.

Long-time Kanawha County Schools Superintendent Ron Duerring at the school board meeting Thursday night where he officially announced his retirement.

Kanawha County Schools Board of Education staff and school board members give a standing ovation to long-time superintendent Ron Duerring at the school board meeting Thursday night where he officially announced his retirement.

Duerring said he’s retiring now because his first grandchild was born Feb. 14, and she’ll soon be 1.

He said he also wanted to give the county Board of Education members six months’ notice so they can search for a new superintendent. Duerring’s current contract expires June 30.

On Thursday night, the school board accepted his upcoming retirement.

Board member Ric Cavender said the board plans to meet at 9 a.m. next Friday on the search for a new leader. Cavender said he hopes board members will be able to put a search timeline together after then.

He said he anticipates a nationwide search, but doesn’t know whether the board will use a possibly pricey search firm.

“We want to make sure that our search is conducted in a way that we’re leaving no stone unturned and we look at every possible candidate for such an important role,” Cavender said.

While Duerring was at the helm, the school system closed about 25 schools, many students continued to not reach “proficiency” on statewide standardized tests and multiple heating and cooling system failures canceled school days year after year.

Also, the Elk River community is still waiting on new schools to replace those demolished after the June 2016 flood.

“I think I always kept kids in mind,” Duerring said. “They were the focus of all our decisions.”

“We dramatically decreased the dropout rate, we increased the graduation rate, our scores are above the state averages — our technology program,” he said regarding what Kanawha accomplished during his tenure. “But again, that’s not a single person, that’s all of us working together: the board, the teachers, the principals, the people that work at central office. I think that’s what’s been so great — that it’s been such a great team effort working together.”

Duerring grew up in Pittsburgh and came to West Virginia in 1971 to attend Morris Harvey College, now the University of Charleston. From 1975-85, he taught at Spring Hill Elementary. He then became Grandview Elementary’s principal. He became an area superintendent in 1996.

Board President Ryan White was absent from Thursday’s meeting, but said through a statement that “Dr. Duerring’s role as teacher, principal, assistant superintendent and superintendent has shaped countless numbers of children that have truly been better off for the efforts he has put forth.”

“He has been able to keep our school system fiscally solvent in a time of decreasing revenue and has managed to increase student achievement,” White’s statement said. The state school aid funding formula generally drops counties’ funding if enrollment drops.

Cavender, 36, said that “as a student of Kanawha County Schools that was actually a student when you were a superintendent —”

“Thank you Ric,” Duerring said with a smile. “Now I feel ancient.”

Duerring declined to give his age.

“— I did not mean for it to come off like that,” Cavender continued, “But I will say now, being in this position, it has been quite an honor ... I really appreciate your service.”

Board member Becky Jordon didn’t speak during the meeting. Afterward, she said she’s served on the board for 18 years, all while Duerring has been superintendent.

“I understand that it’s — I’m very sad — it’s time for him to go and spend more time with his family after 45 years with this school system,” she said.