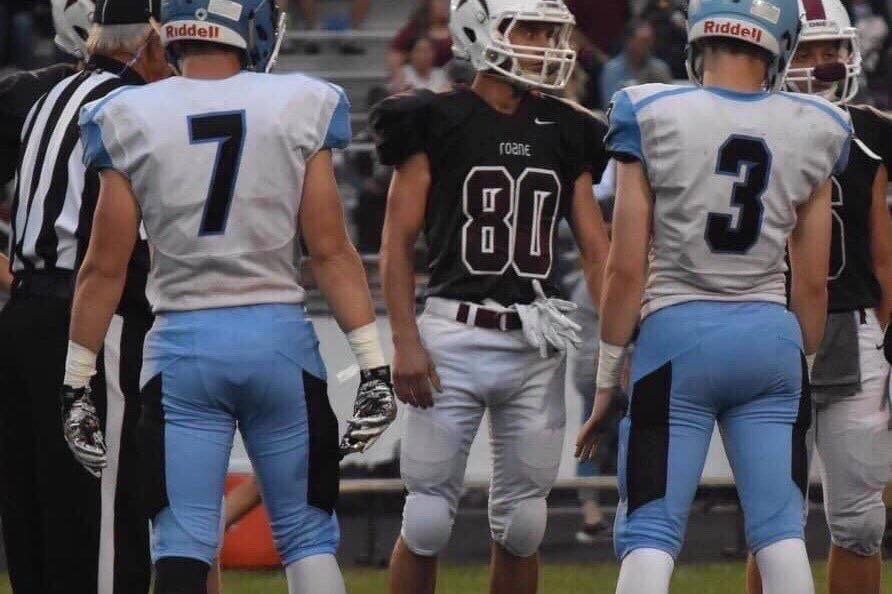 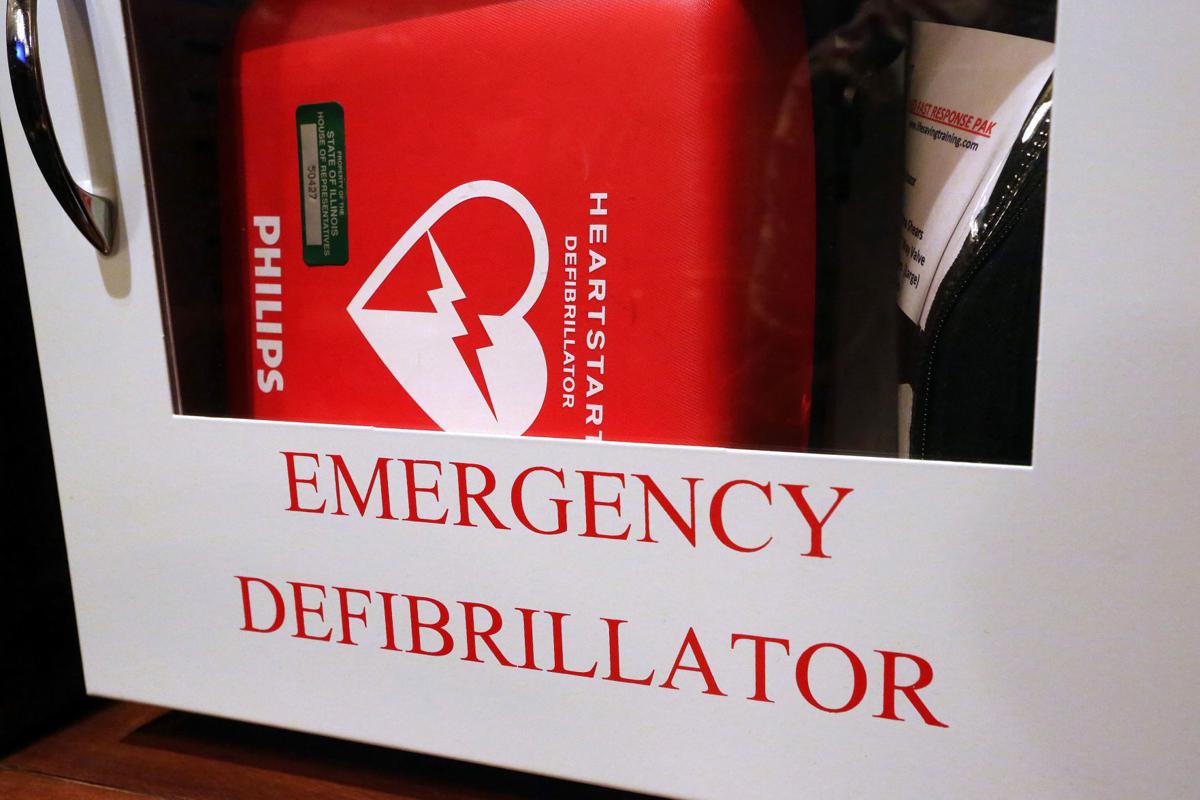 An emergency defibrillator hangs on the wall at the Illinois State Capitol Tuesday, July 1, 2014, in Springfield, Ill.

An emergency defibrillator hangs on the wall at the Illinois State Capitol Tuesday, July 1, 2014, in Springfield, Ill.

Last week, the House of Delegates unanimously passed House Bill 4497. It could become law if the Senate passes it by the end of this year’s regular legislative session Saturday.

The law would be named after Miller, the Roane County High player who went into cardiac arrest at a game at Clay County High and died.

It would require an AED on the school or event grounds during all athletic events or practices “under the control, supervision and regulation” of the West Virginia Secondary School Activities Commission.

The SSAC regulates football, basketball, baseball, soccer, cross country and other sports and band for public, and some private, middle and high schools.

The bill also says the AED “shall be located as close to the event or practice activity as is possible.”

Currently, the SSAC only recommends that schools have AEDs.

Beverly King, director of Clay County Emergency Medical Services, said an ambulance equipped with an AED was at the game when Miller died. She said ambulances are at all middle and high school football games in Clay County.

SSAC Executive Director Bernie Dolan said ambulances are only required during the football playoff games, not during the regular season.

Regardless, King said she supports the bill and hopes funding is provided to schools to buy the devices. The bill doesn’t increase state funding to help county school systems pay for them.

“That AED could save anybody’s life, even somebody in the stands,” she said.

Delegate John Mandt, R-Cabell and the bill’s lead sponsor, said on the House floor last week, “We can’t put a cost on a life — not of our young people, not of the next person that is going to be successful and have an impact and make a difference in our communities and in our world.”

The state Department of Education doesn’t currently know how many AEDs would be needed to comply with the law. It also couldn’t answer how many of the state’s roughly 300 middle and high schools don’t have an AED at all right now.

The department’s official written estimate of the bill’s cost noted the SSAC had “purchased and placed 191 AEDs,” and paid $725 apiece.

Christy Day, a communications coordinator for the department, said, “This is in addition to any AEDs that schools purchased on their own or otherwise procured.”

Periodic replacement parts are $250 per AED, the estimate said.

King said it’s about $200 to replace the pads on the AED, which need to be replaced once every two years or every time the AED is used.

Delegate Margaret Staggers, D-Fayette and an emergency physician, said on the House floor that she supports the bill.

But she expressed concern about the cost for multiple AEDs if there are multiple sporting events going on simultaneously — though she said she hadn’t looked at the financial estimate.