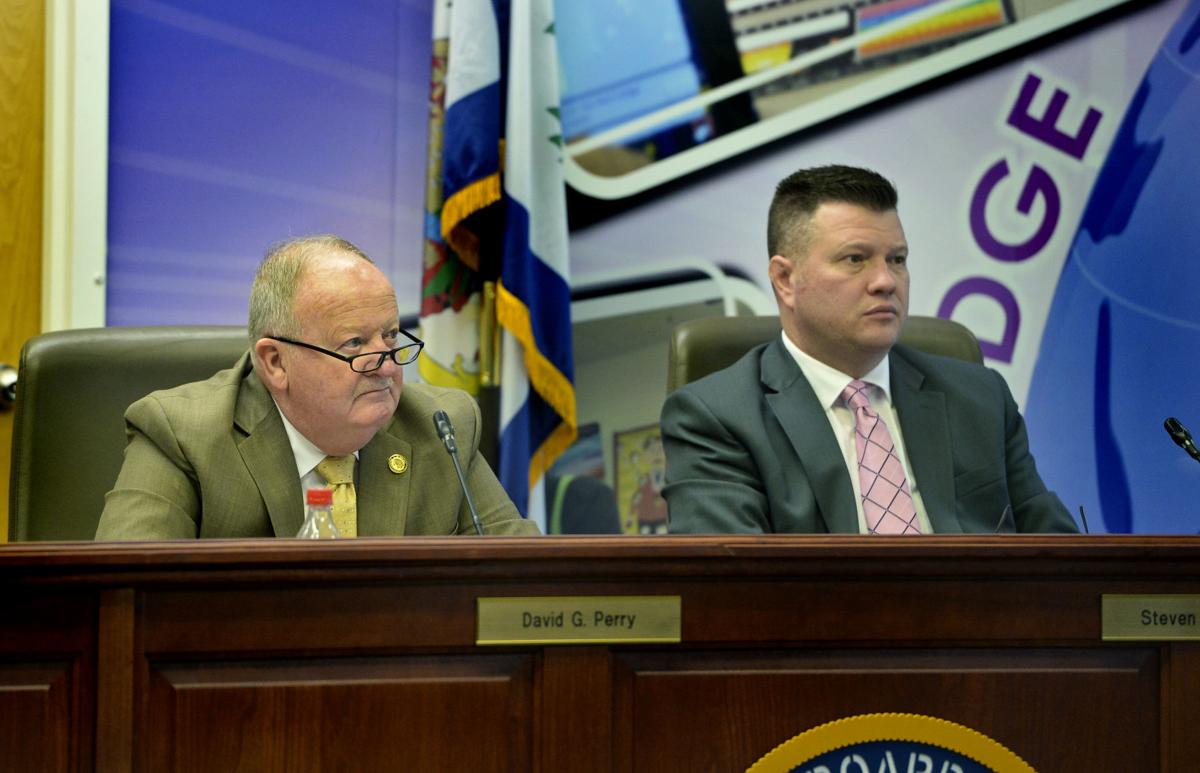 Now former West Virginia Board of Education president David Perry (left) and Clayton Burch, deputy superintendent of the state Department of Education, listen during a state school board meeting in early 2020. 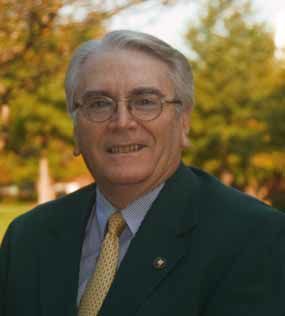 Gov. Jim Justice has replaced West Virginia Board of Education member Dave Perry with a new member, despite Perry wanting to stay on the state school board.

Perry said Thursday that “I’ve got some real concern with issues that have started to develop within the Department [of Education] and I think my position on those issues caused some of my demise.”

Perry said he was uncomfortable sharing specifics of those issues at this time. He also said “I didn’t get along with [Justice adviser] Bray Cary very well.”

Spokespeople for the governor didn’t respond to a request for comment Thursday.

Justice had himself appointed Perry to the board in January 2017, shortly after Justice assumed his first term as governor.

And the nine-member board, which is almost completely comprised of Justice appointees, later picked Perry as its president for two consecutive years.

The new board member is Stan Maynard, executive director of the June Harless Center for Rural Education Research and Development, which is housed at Marshall University. He said he was a professor for 35 years in Marshall’s College of Education.

“I really look forward to working with the department,” Maynard said.

Maynard said state Schools Superintendent Clayton Burch called him — he estimated a couple of weeks or so ago — and asked him if he was interested in being considered for the seat.

“I was just one of some others,” being considered, Maynard said.

Perry said he didn’t learn he would be replaced until Thursday.

Asked why Burch was involved in calling a potential member of the board that’s supposed to oversee him, a department spokeswoman wrote in an email that “a vacancy on the Board was upcoming and inquiries were made to see if there was interest in the district.”

The board is supposed to be nonpartisan, and nine-year terms mean board members can outlast governors, who generally aren’t legally allowed to serve more than eight consecutive years.

And governors can’t remove the board’s members over political or policy disagreements — the state Constitution says they can only do it for things like “official misconduct” or “neglect of duty.”

But Perry, when Justice appointed him in 2017, was placed in the unexpired term of a board member who resigned. That term has now expired, giving Justice the legal authority to either reappoint Perry to another nine years or pick a replacement.

Justice had chosen to reappoint other members, like Scott Rotruck, but didn’t do so with Perry.

The governor was a Democrat when he appointed Perry. Justice is now a Republican, and though the constitution prevents any more than five board members coming from the same party, the governor may have no longer wanted this particular Democrat.

Perry was a longtime Democratic delegate from Fayette County who lost his state Senate race to Republican Kenny Mann, who then became Senate Education Committee chairman. But then Justice appointed Perry as a state school board member — a position often more powerful in education than Senate Education chairman.

Among the changes under Perry’s presidency on the board, he successfully pushed a policy that now allows schools to escape being held responsible in the state school accountability system for giving students out-of-school suspensions.

The change came despite continuing national concerns that schools are overusing suspensions and Black students are being disciplined more harshly for the same offenses as white students.

Perry had previously been a teacher and principal for about three decades at Collins and Mount Hope middle schools, in Fayette County.