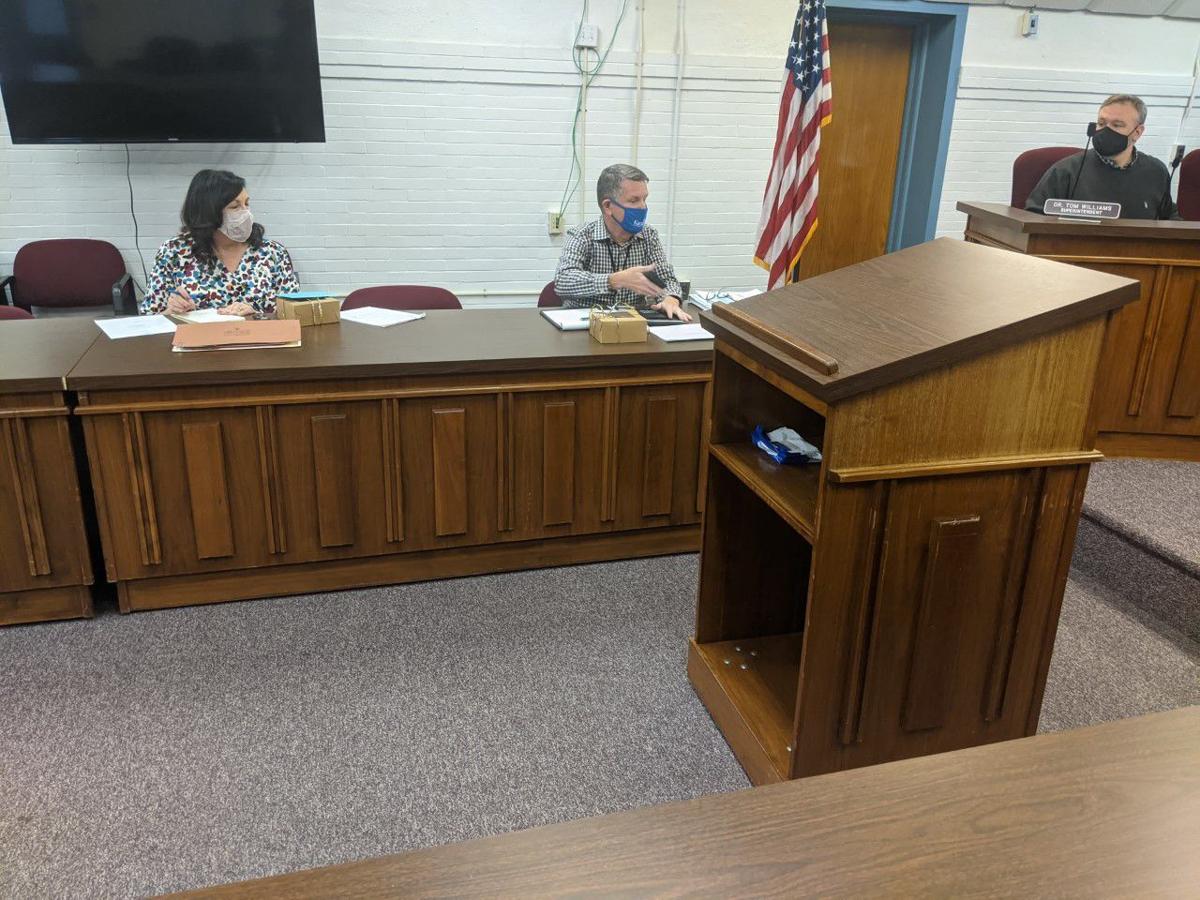 Tom Williams (center) speaks to Kanawha County Board of Education members Tuesday. He will remain the county schools superintendent. 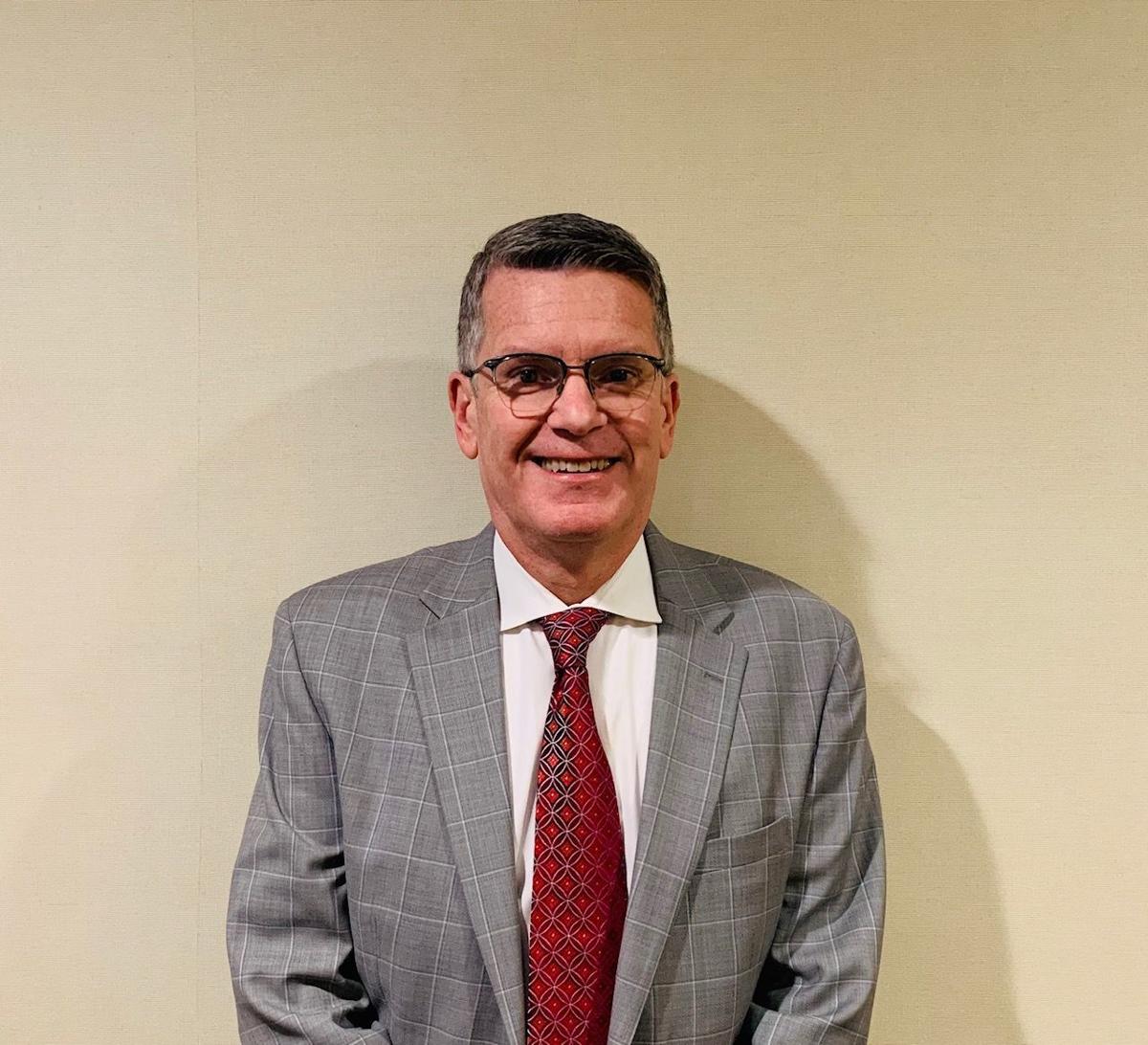 Kanawha County Board of Education members voted 4-1 Tuesday afternoon to keep Tom Williams as their superintendent for four more years, the longest contract they were legally allowed to provide.

He had said Monday he wasn’t requesting a raise.

Board member Ryan White was the only no vote. He said he supported extending the contract but not for four years.

Williams became superintendent July 1, replacing longtime superintendent Ron Duerring, who retired. Since then, Williams has led the county school system as it has reopened for five days per week of in-person instruction amid the ongoing pandemic.

Tuesday’s vote came after the school board spent an hour in a closed-door “executive session,” which board members called to evaluate Williams.

State law requires boards to evaluate their superintendents at least annually, and it requires that these evaluations occur in private. That’s a rarity — most of the time, boards aren’t required to have discussions behind closed doors, though they often choose to do so on certain issues that law allows to be private.

“He has exceeded goals in increasing student achievement,” board President Becky Jordon said after that closed session. “He gives support to Kanawha County staff and he’s exceeded goals with the re-entry of the school system with COVID, working on continuing the building of the Elk River schools and he’s also exceeded the goals and continued to work on the maintenance of all our schools to make them safer and cleaner.”

The board then chose to hold a half-hour second executive session to discuss a new contract for Williams. Board members then emerged to approve the extension and raises.

Around the start of last year, a month and a half before the first COVID-19 case was reported in West Virginia, board members Jordon, Jim Crawford and Tracy White (no relation to Ryan White) successfully and abruptly voted to abandon the planned search for a new superintendent.

Williams was at the time the No. 2 administrator in the school system, where he’s worked for over three decades.

Board members Ryan White and Ric Cavender were in the minority then, saying they respected Williams but still wanted a search to see whether he was the best option.

The board members who voted then to appoint Williams only gave him a one-year contract at that time, covering this school year.

After Tuesday’s vote, Cavender said he had wanted only another one-year extension, considering the pandemic and considering Williams is new to the role.

But Cavender said he voted for the four-year extension as part of a compromise with other board members to at least not raise Williams’ salary next school year. Cavender said he wanted to respect those who have lost jobs and struggled amid the pandemic.

“After going through this evaluation process with him, he’s already shown that he can lead this system very effectively,” Cavender said. “And here in Kanawha County and our system, being the largest system in the state, we need consistency, we need stability, and Dr. Williams provides that.”

Jordon said the raises were to bring Williams closer to the salaries of other superintendents in the state.

Though the data is from the 2019-20 school year, a state Department of Education document shows that the Berkeley County Board of Education, which has roughly 19,300 students compared to Kanawha’s 24,700, had already pledged to raise its superintendent’s salary to $213,000.

Regarding the four-year extension, Jordon said “It isn’t like we did a search and we brought him in new to Kanawha County. He knows Kanawha County very well.”

“And I just feel like he’ll provide the stability for the next four years, and our employees will be very comfortable knowing that he’s still going to be in the system,” she said.