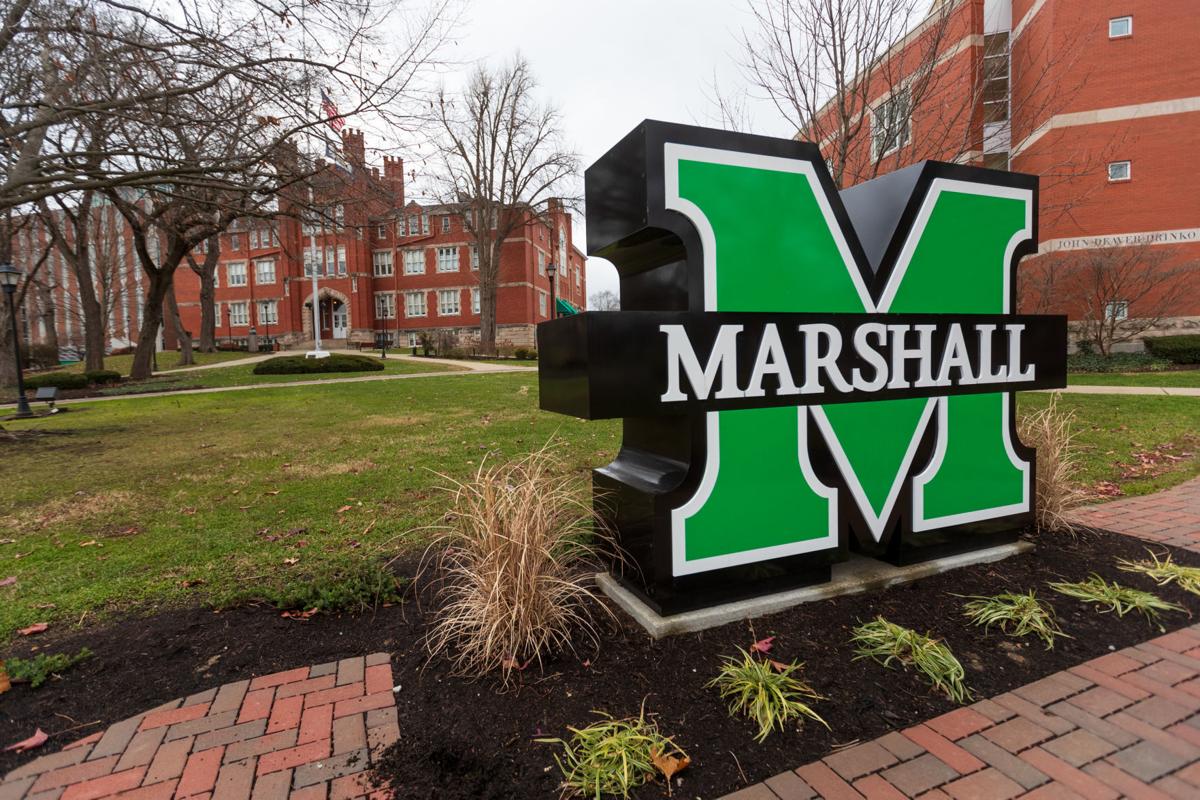 A view of Marshall University’s Old Main (left) and Drinko Library (right) on Thursday in Huntington. 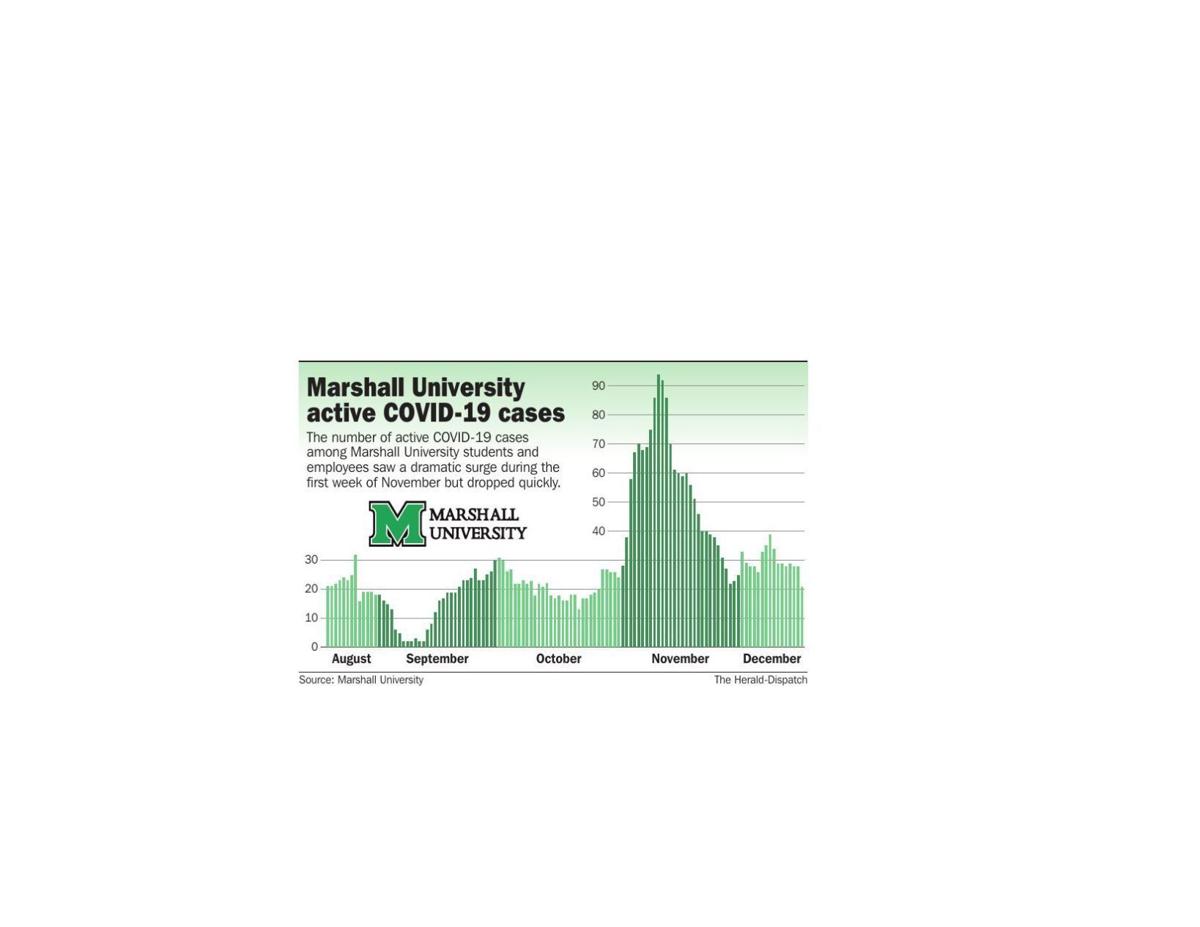 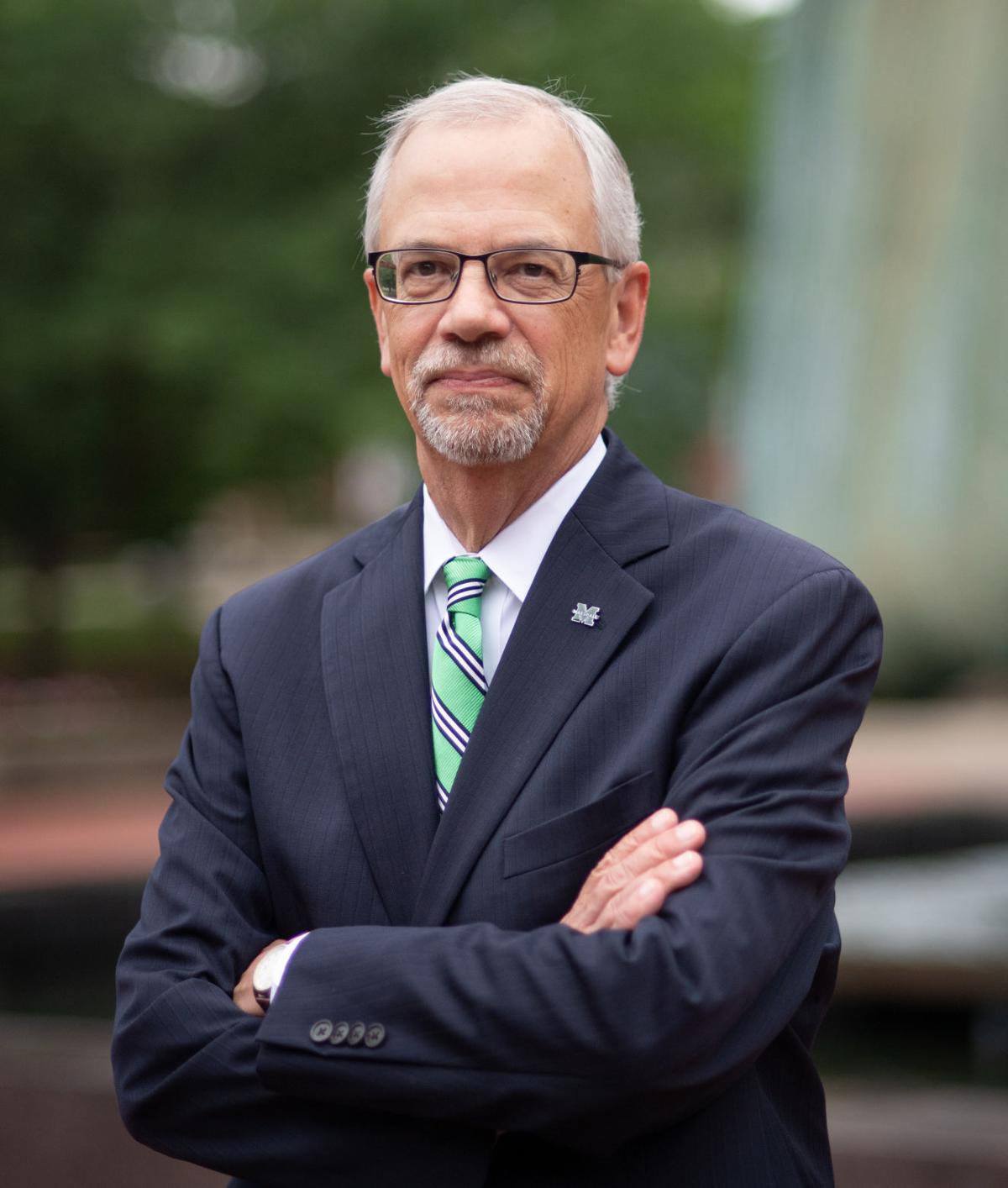 A view of Marshall University’s Old Main (left) and Drinko Library (right) on Thursday in Huntington.

HUNTINGTON — The mood among leadership at Marshall University is a unique mixture of hope and anxiety as one semester comes to a close and they prepare for what they pray will be their last semester during a pandemic.

The university maintained a 2-3% daily infection rate and ended the year with a cumulative rate of less than 2%. The athletic department did even better, maintaining a 1% infection rate, and though COVID-19 played a factor in the cancellation of one football game, officials said Thursday that injury was the true deciding factor.

More students than anticipated enrolled for the semester, and in their last meeting of 2020, the Board of Governors didn’t need to implement any new cost-cutting measures.

Most importantly, a vaccine has already been distributed to some health professionals with the School of Medicine and the university is prepared to give the vaccine to any employee who wants it as soon as it is available.

But as university President Jerome Gilbert told the Board of Governors on Thursday, the stress felt by students, faculty and administration was debilitating at times.

“There’s still a storm ahead,” board chairman Patrick Farrell said.

The spring semester is largely going to look like the fall. Upperclassmen will remain at home doing virtual learning, while freshmen and some graduate students have face-to-face courses on campus.

Gilbert said they may add a few more face-to-face classes after finding there was no transmission of the virus within the classrooms. Reducing the number in the classroom and other measures like mandatory masks were effective. Most of the spread of the virus came from family and friends, and off-campus gatherings.

The biggest difference will be testing.

At the behest of Gov. Jim Justice, all college students will be tested weekly. The state Department of Health and Human Resources is still working on the plan to get that lofty goal accomplished.

Gilbert said they tested 10% of the student population a week in the fall, equaling about 700 tests a week. If all students were tested, that would be about 7,000 a week and more than 1,500 daily.

They may switch to using a saliva-based test through Vault. The state has ended the contract with Vault to perform in-home saliva tests, citing cost and time before results, but Gilbert said he anticipates the contract with the higher education institutions to continue.

Students will eventually be able to get the vaccine, but Gilbert said they will be doubling down on enforcing and encouraging mask wearing and other safety measures.

Students on campus who contract the virus and their contacts will quarantine in Holderby Hall. There were no more than 75 students quarantined/isolated on campus in the fall semester.

“It’s hard to tell an 18-year-old student-athlete to quarantine for two weeks,” Athletic Director Mike Hamrick told the board’s Athletic Committee on Thursday. “It’s been hard on our student-athletes.”

It was hard on all students, Gilbert said. The whole semester was mentally taxing overall, he said. He said there were “significant” mental health issues among students and faculty.

“We know that mentally, it’s taken a bit of a toll on people,” Gilbert said. “I’m sure everyone is very relieved to be approaching a break for a couple of weeks.”

He said they’ve increased the number of counseling appointments available and are now offering virtual counseling sessions for faculty.

Graduate student Buffy Six took advantage of the Counseling Center during the semester to help her deal with the stress of juggling multiple jobs plus school in a pandemic. She said it couldn’t have been easier to get an appointment, and she was in front of a therapist within three days of requesting the appointment.

The 22-year-old from Sutton said she was worried about how the fall semester would go, especially after how stressful the spring of 2020 was.

“I did online classes in my undergrad, and those were some of my worst classes,” Six said. “I really did struggle.”

Then in the spring, as the university suddenly shut down after spring break due to the pandemic, the transition was hard, she said.

“We went through this very hard, very weird transition, and I don’t think anyone was very successful,” she said. “We were just scraping by. Then we saw this summer (the pandemic situation) wasn’t going to change. I think the university did a good job of tackling it early and letting the students know that we probably wouldn’t be in the classroom for the semester. We knew we had to have better time management.”

Six said her virtual classes were different from what she had experienced with online classes. Virtual classes happened at a certain time each day, just like an in-person class. Six interacted with her professors and her classmates through video conferencing apps. In some cases, the lecture format that would have been standard was changed and it benefited Six to have more dialogue, she said.

Her professors were also accommodating and understanding. For example, she had to turn in one assignment late, and her professor understood instead of punishing her.

“I think the professors were happy to have the people in their classrooms — well, virtual classrooms,” she said.

“There was this big disconnect between the work I was doing and the actual lectures,” the master of public administration student said. “I’m used to there being a level of conversation, debate and interaction between students and the professor. But that simply did not exist this semester. It was the professor lecturing and you may every 20 minutes have a student saying something in the chat box.

“I completely understand why this has to be done. The coronavirus is an extraordinarily difficult and dangerous situation. I just worried that I might not have gotten everything I would have gotten if I was doing my first semester as a graduate student in a traditional setting.”

Still, Crowley said he thought Marshall did the best it could given the circumstances, and said there was nothing he would change.

Gilbert and other university leaders hope all students agree with Six and Crowley and return for the spring semester.

“There is a possibility we will see a slight dip in the spring. I wouldn’t like it, but you have to admit the possibility,” Gilbert said. “We are doing everything we can to encourage students to re-enroll. We need as many students to return as we can [get].”

Marshall is moving forward, planning to have a regular, face-to-face semester in the fall of 2021. Gilbert said there is a possibility enrollment will dip still, as high schoolers are not applying for college, filling out the FAFSA or taking the ACT. Gilbert thinks it’s partly due to pandemic stress but also because students are away from counselors and others who remind them of those deadlines.

Gilbert is still looking forward to the fall, when the School of Aviation will have its first students and the new early assurance program, which fast-tracks high school students to medical careers, begins.