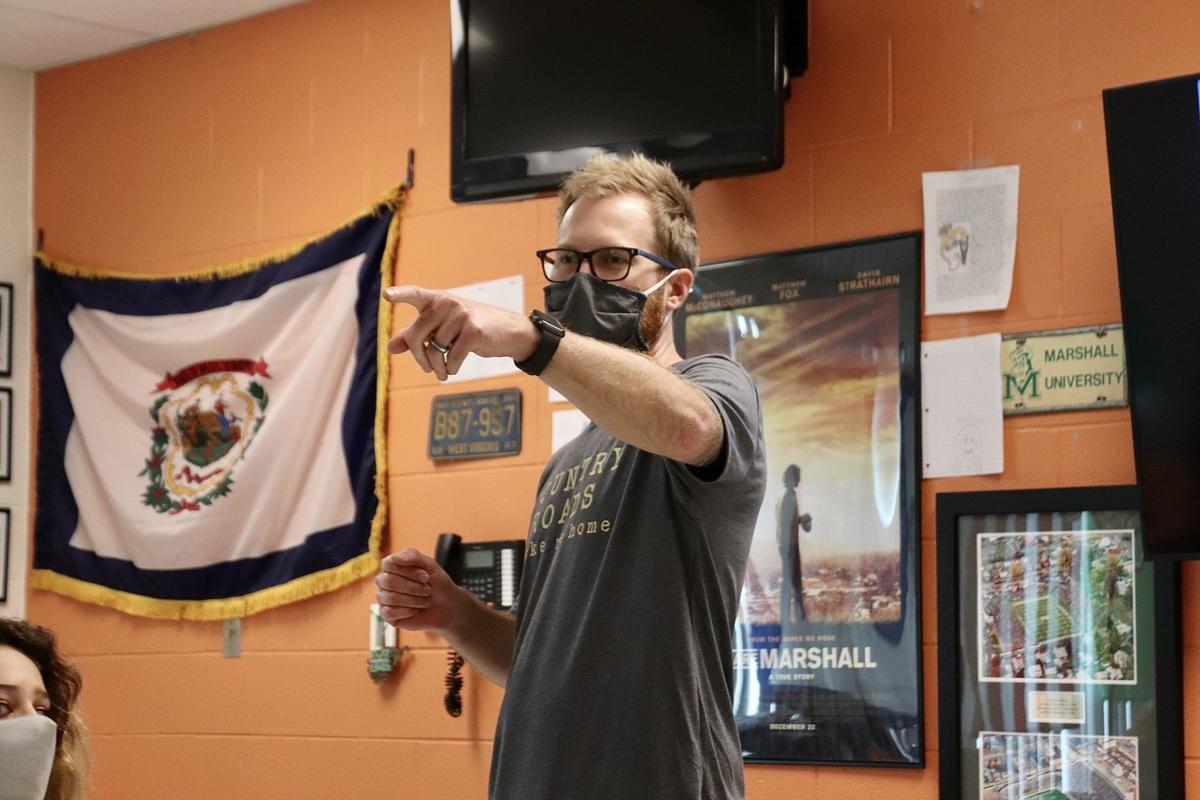 ABOVE, BELOW: Brian Casto, an eighth-grade West Virginia Studies teacher at Middle Middle School, gives a lesson during class on April 30. Casto was recently chosen as the Teacher of the Year in Cabell County. 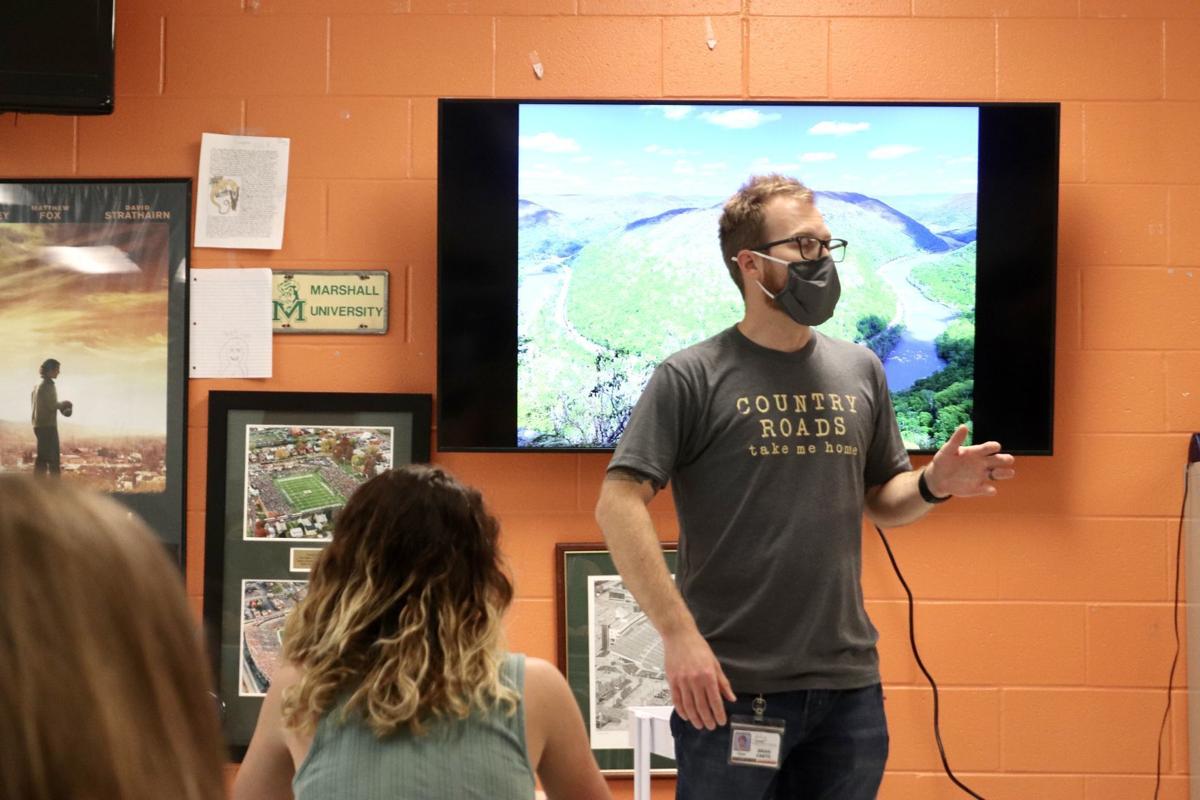 Brian Casto, an eighth-grade West Virginia Studies teacher at Middle Middle School, gives a lesson during class on April 30. Casto was recently chosen as the Teacher of the Year in Cabell County. 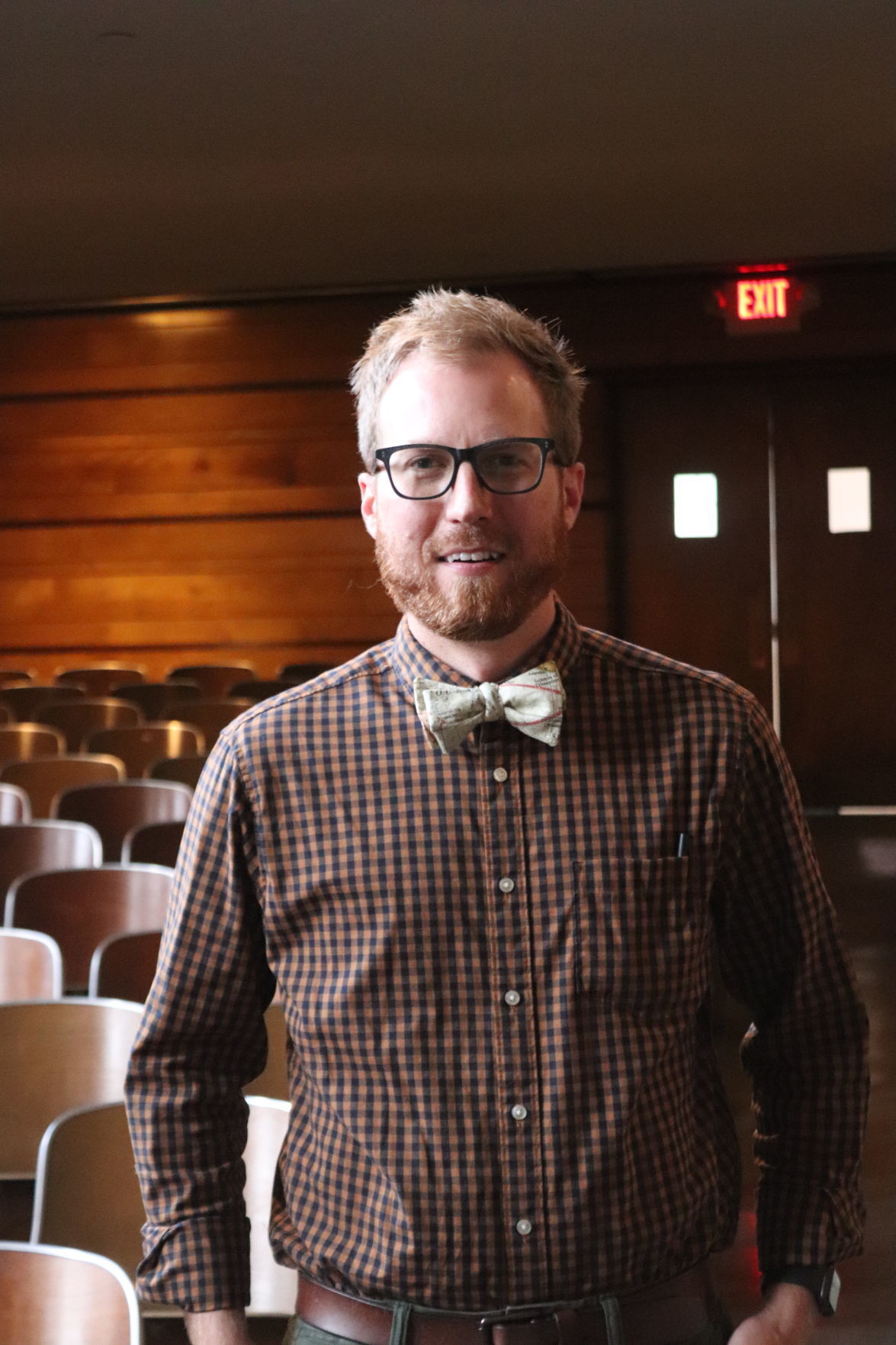 Brian Casto, a West Virginia Studies teacher at Milton Middle School, was recognized as the 2021 Cabell County Teacher of the Year during a ceremony at the Janice E. Chandler Auditorium on April 27 in Huntington.

ABOVE, BELOW: Brian Casto, an eighth-grade West Virginia Studies teacher at Middle Middle School, gives a lesson during class on April 30. Casto was recently chosen as the Teacher of the Year in Cabell County.

Brian Casto, an eighth-grade West Virginia Studies teacher at Middle Middle School, gives a lesson during class on April 30. Casto was recently chosen as the Teacher of the Year in Cabell County.

MILTON — A Milton Middle School teacher is changing the way West Virginia history is taught, two minutes at a time.

Brian Casto has taught an eighth-grade West Virginia Studies class at the school for the past four years, but has recently ventured down unfamiliar roads in order to spark his students’ curiosity about the Mountain State’s rich history through a series of animated lessons on his YouTube channel titled “West Virginia History in Two Minutes or Less.”

In the video series, Casto uses animated characters, still photos and other graphic elements as the backdrop for topics like John Brown’s raid at Harpers Ferry, the Hatfield and McCoy feud, and even some West Virginia trivia on state symbols and state parks.

Casto is wrapping up his 13th year teaching in Cabell County, the first nine of which were spent teaching history at the high school level. He used a variety of mediums in his classroom and consistently found internet videos that would help reinforce his lessons.

“Then I get the West Virginia Studies job and I start looking for resources, and there were hardly any, if any at all. I was telling my wife that there’s nothing out there and sometimes you need something a little different to introduce or review [a topic],” Casto said.

His wife responded by telling him to make his own if he couldn’t find any.

“So that’s how it started, and now a little over a year later I’ve got 41 done and some more in the works,” Casto said.

It was an idea that came to fruition about a month before the world went virtual in March 2020. When students were learning virtually, transitioning to a blended model and eventually returning to classrooms in early spring, Casto was hard at work creating mini-lessons that have gained popularity online.

“Mr. Casto is an amazing, amazing middle school teacher who, even before the pandemic, was creating digital lessons and videos that are rich with tons of information to teach West Virginia Studies,” Cabell County Superintendent Ryan Saxe said. “He’s really been able to bring West Virginia history to the digital world in a very engaging and exciting manner.”

Casto said each video takes between 15 and 20 hours to create from start to finish, working on them after his own children go to bed in the evenings.

“This is what makes everyone go, ‘What?’ I’m sure it’s partly because it’s not my field and there has been a learning curve,” said Casto. “It’s a passion project. I enjoy them, and it doesn’t feel like work when I’m putting them together.”

What he didn’t anticipate was that these videos would reach students far beyond the four walls of his classroom.

“It’s been really cool because teachers across the state are using them, which I never thought would happen,” he said. “I’ve had home-schooled parents message me on Facebook and tell me how much their kids love them. I saw a home-schooled student out one day and he came up to me and said, ‘Hey, Mr. Casto,’ and I did not know who he was because that was a little kid and I teach eighth-graders.”

Milton Middle School Principal Curt Mann said Casto’s embodied exactly what a teacher is supposed to be, and said the videos have helped students from across the state connect with pieces of their culture they might not have known about before.

“He’s not just reaching those 20-25 students that come through his class every day — he’s reaching thousands of people everywhere, even outside of the state, and everyone is learning,” Mann said. “That’s what a teacher is supposed to do — teach people regardless of where they are, and those videos do that and it’s a great thing.”

Casto was recently named the Cabell County Teacher of the Year, the reality of which he said still hasn’t quite settled with him.

“This year I’ve tried especially hard with making animated videos and doing anything I can do to try and spark their curiosity. My goal, beyond them learning, is for them to have a deeper appreciation for this state,” said Casto. “I love this state and I feel like I have a lot to offer, and my mission is to teach them, yes, but even more I want them to appreciate what’s around them and be better for it.”