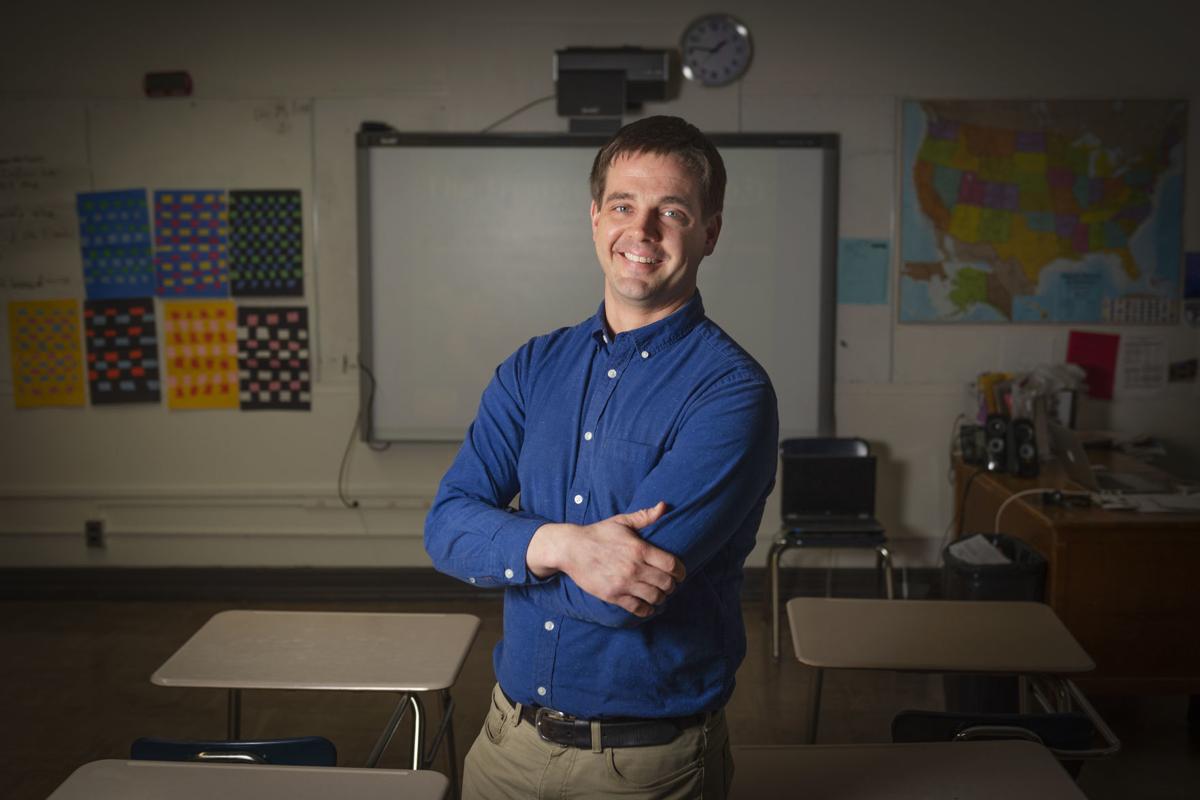 Jay O’Neal, in his classroom at Stonewall Jackson Middle School in 2018. O'Neal is running for the presidency of the West Virginia Education Association school employees union. 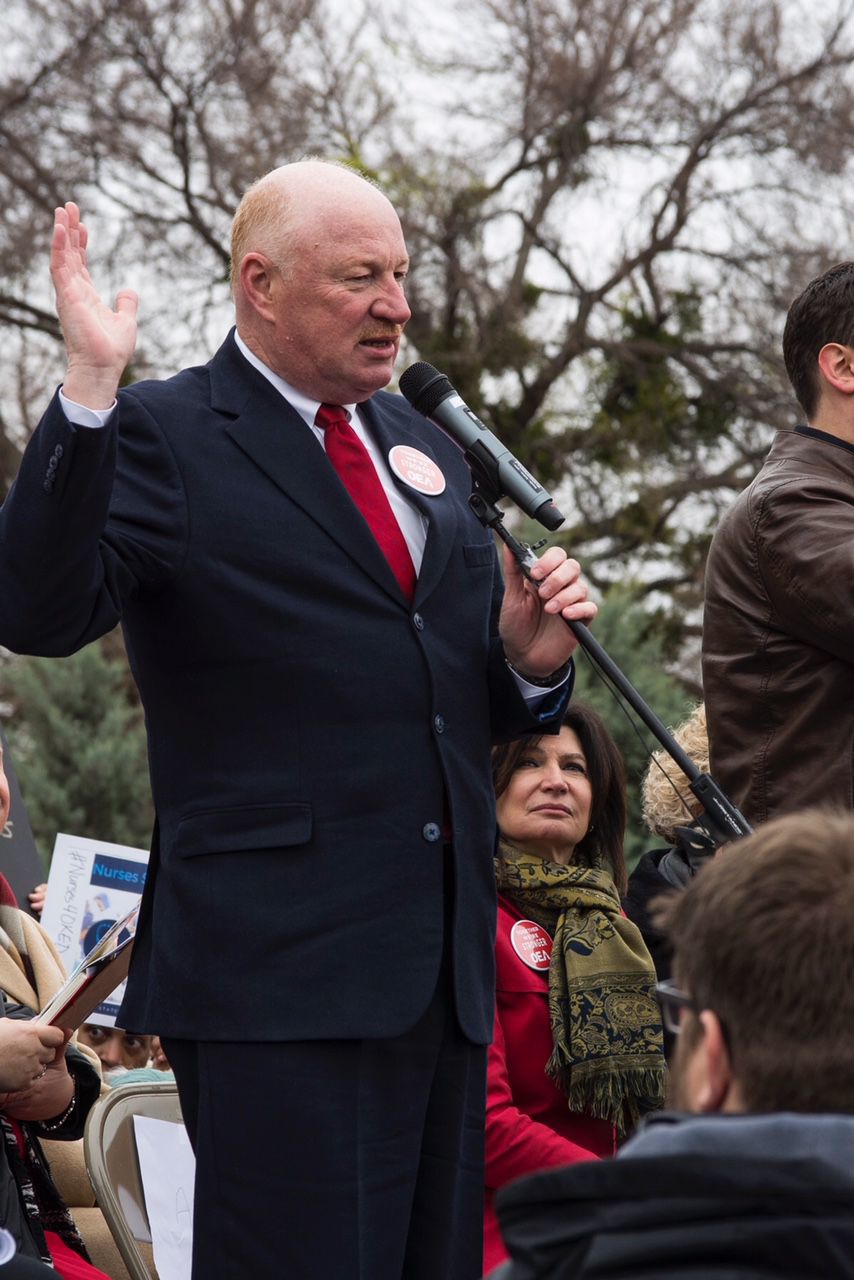 Jay O’Neal, in his classroom at Stonewall Jackson Middle School in 2018. O'Neal is running for the presidency of the West Virginia Education Association school employees union.

Dale Lee has been president of the West Virginia Education Association school employees union for the past dozen years. He’s won four terms and is now seeking a fifth.

But this year, he has something he said he hasn’t had since his first victory in 2008: a challenger.

That was the 2018 strike that Lee and leaders of other unions called to end before employees were ready, so the employees continued striking anyway until the state Legislature granted more concessions. Lee returned to publicly backing the strike days later.

Lee, 62, who taught for 22 years in Mercer County before becoming president, was the union’s public face for years before that strike, and he’s still its main mouthpiece.

But O’Neal, 39, who taught in San Francisco and Pittsburgh before coming to Kanawha County’s Stonewall Jackson Middle about five years ago, has been featured as one of Time’s 100 Most Influential People and in books about the strike and other publications.

WVEA members also might know O’Neal because of the “West Virginia Public Employees United” Facebook group, which he founded partly to unite workers across all unions, or no union at all. It became a tool for workers to push for a strike.

He’s also part of the WV United Caucus, another multi-union organization, and some members of that group are joining him in running for WVEA leadership positions.

“We want the strike of 2018 to be a starting place for us, like a new foundation,” O’Neal said. “Rather than just ‘That was an amazing high point in the history of our union, but things have to go back to a certain way.’ ”

“I want to be clear that this is nothing personal against Dale,” O’Neal said. “It’s just that we have a different vision for the union. Really, what I’m looking at is what we saw, again, at the strike — people getting organized at the ground up, school-by-school, county-by-county, talking to each other ... and really showing how powerful we are when we come together.”

“I feel like, for a long time ..., our unions have acted more as lobbying organizations at the Capitol,” he said. “And I don’t think that’s been very effective, especially with the current Legislature.”

Republicans took control of both chambers of the West Virginia Legislature in 2015, for the first time in more than 80 years. Since then, they’ve pushed multiple bills that many public school workers opposed.

Lee said, “I’m not going to get into a debate — if I’m strong enough or anything else — that’s up for the delegates to decide.”

The WVEA announced Tuesday that the union’s current state Executive Committee has pushed back the Delegate Assembly, when officers are chosen by delegates from counties. Because of coronavirus restrictions, the assembly will take place digitally on May 23, a month later than originally scheduled, and delegates will vote by mail-in secret ballots, Lee said.

“Obviously, I’ve been a strong enough leader for the past 12 years,” Lee said.

“I’m proud of what we have accomplished as the WVEA and what we as West Virginia educators have accomplished in the last three years,” he said. “We have sparked the world, and I have to believe I was an integral part of that as the voice of the association.”

The 2018 strike inspired teacher strikes in other states. But, for West Virginia workers, that strike didn’t end with a wanted long-term funding solution for the Public Employees Insurance Agency health coverage. PEIA was perhaps the main driver of the walkout in the first place, although cuts to the coverage have stopped, at least, since the strike.

Both men also were part of the 2019 strike, which had a more muddled effect.

On just the first day of that two-day strike, the state House of Delegates killed an omnibus education bill. That bill, among many other things, would have legalized charter schools and private school vouchers.

But then, the Legislature waited until the summer, when schools were out, to pass a new omnibus. It provided millions of dollars more to public education, it didn’t give parents public money to private- or home-school their children and it didn’t contain anti-strike provisions.

But it did legalize charter schools.

Lee was a constant fixture at the Capitol in 2019, when the strike was more controlled by state leadership, and O’Neal was one of the handful of school workers who protested the omnibus until the end.

Since 2018, O’Neal said the WVEA and the other major unions — the local American Federation of Teachers branch and the West Virginia School Service Personnel Association — seem to have reverted to their old ways, including not communicating as much with one another.

He wants the unions to merge, although he said that decision must be up to members, not the president.

After the 2018 strike, school workers had become more active, he noted.

“I felt like we didn’t really, you know, harvest that,” he said.

O’Neal also said he wants teachers and other West Virginia workers to have collective-bargaining rights with their employers. Currently, school workers’ employment rights are mostly guaranteed through state law and disputes in courts and the grievance process. He said those rights are a good starting point, but he would like for unions to be able to negotiate for additional rights through contracts with individual counties.

And O’Neal wants to fight for issues that don’t just affect public school workers, including a progressive tax structure that collects more money from the wealthy than from others.

Lee said that, from being a coach, he’s heard that “everyone sitting up on the stands, on the sidelines, can do it better.”

“That has prepared me for this position,” he said. “When I’m the one that’s getting the thousands of calls and texts and emails and having the meetings with the legislators and the governor and everyone else, ultimately, decisions have to be made — and I reach out to members for guidance.”