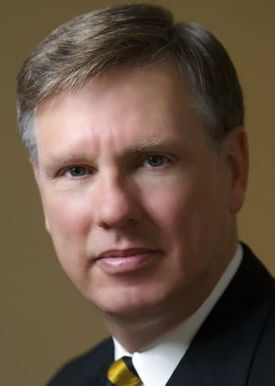 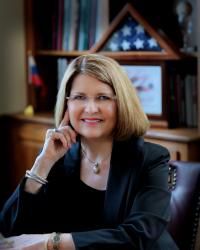 Bluefield State College President Robin Capehart is getting a $35,000 raise, bringing his annual salary to $235,000.

Capehart’s salary doesn’t include the continuing value of living for free in the president’s home, where he’s contractually required to live, or the continuing $3,000 annual stipend he receives for his cellphone, personal computer or other “office equipment.”

Kendra Boggess, president of Concord University, which is a half-hour away from Bluefield State, is getting a $10,000 raise. Her annual base salary will now be $205,000.

The boards of governors of those two schools approved the raises last month. In a voice vote with no dissent, the board of the Higher Education Policy Commission, the statewide four-year college oversight and policy agency, signed off on the pay increases Monday.

All board members were present. They did not discuss either raise before voting to approve them.

Atop the $35,000 raise for Capehart, the Higher Education Policy Commission’s board also approved increasing from 10% to 20% the maximum possible further pay increase Capehart can receive for achieving certain goals, including in enrollment and fundraising.

An “executive committee” of the Bluefield State Board of Governors sets these goals alongside Capehart, according to his contract. The Gazette-Mail has requested the goals and corresponding possible raises from the college.

He led West Liberty University from 2007 to 2015, resigning amid allegations of violating the state Ethics Act. He admitted to soliciting private business from a subordinate public employee, though other allegations were dropped.

Capehart also served as secretary of tax and revenue under former Gov. Cecil Underwood. More recently, he served as an attorney for the Republican-led state Senate Finance Committee.

The Rev. Garry Moore, chairman of the Bluefield State Board of Governors, said he expects Capehart’s accomplishments so far will boost enrollment.

The college has announced it’s adding several new sports, including its first football team since 1980. Moore said the football coaches have been hired and the players were starting to arrive Monday.

Bluefield State has also achieved its first student dormitories since 1968 with current space at the former Bluefield Regional Medical Center, and the first of a set of planned new dorms expected to open in January 2022, Moore said.

“A lot of things have actually happened positively for Bluefield State College that I don’t think would have happened otherwise,” Moore said. “He has led us to a place of notoriety that we haven’t had in 50-plus years, so we just appreciate the work that he has done.”

Under Capehart, Bluefield State also proposed expanding into Wheeling, 290 miles north of its current campus on West Virginia’s southern border. But the board of the state Community and Technical College System rejected that expansion last month. That board had jurisdiction because Bluefield was planning to offer engineering associate’s degrees, not four-year degrees, in Wheeling.

An April 2018 report, from the Colorado-based nonprofit National Center for Higher Education Management Systems, recommended merging the boards of governors of Bluefield State and Concord, which are both in Mercer County. It also recommended “leaving open” that Concord and Bluefield could merge into one college.

“NCHEMS’ observation is that for the institutions at highest risk, Bluefield State College and Concord University, the challenges are so serious that only a major restructuring will preserve postsecondary education opportunity for students in Southern West Virginia,” the report stated. “Implementing this restructuring will require external pressure, leadership, and on-going facilitation to mandate and implement a consolidation of academic, student and administrative capacity of the two institutions.”

The report went on to criticize Bluefield State’s then-plan to build dorms, and it said that, “Without immediate action to mandate that these two institutions pursue an integrated approach to their future, each institution will continue on its downward trajectory.”