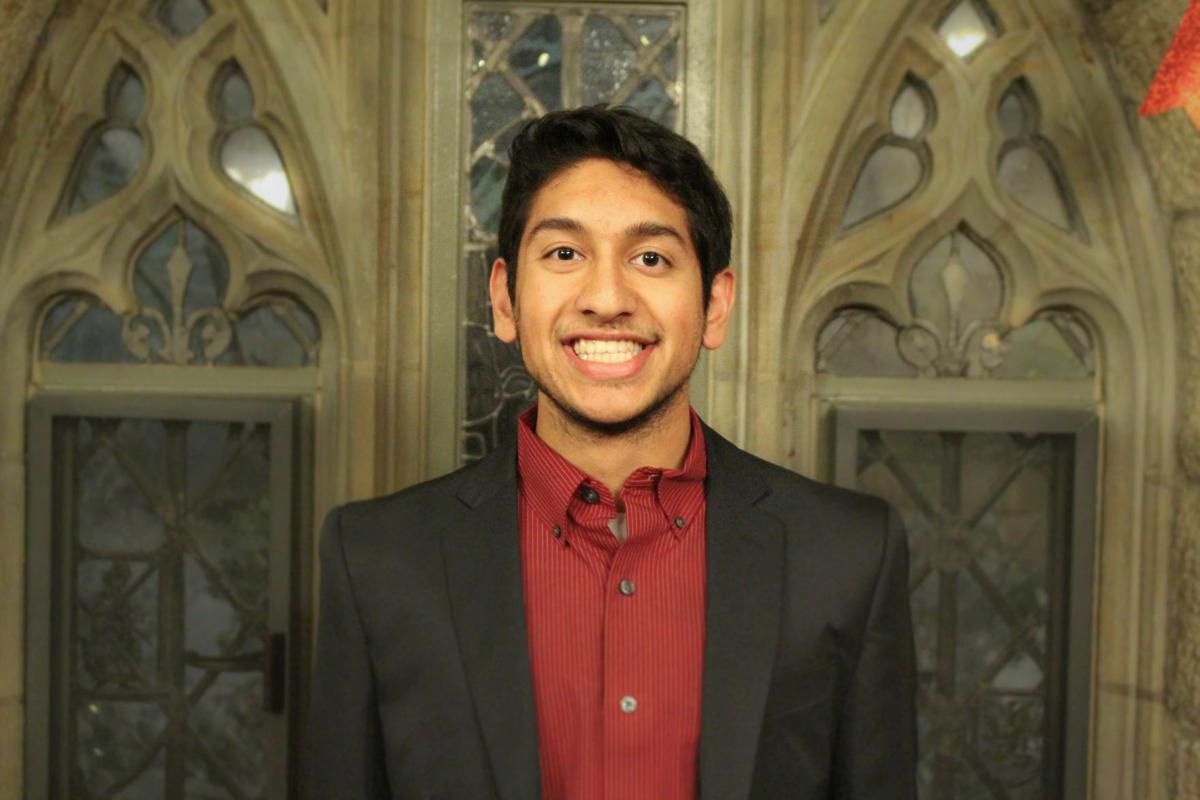 Arka Gupta, 23, a graduate of George Washington High School, is now at Harvard Law after graduating from Yale. 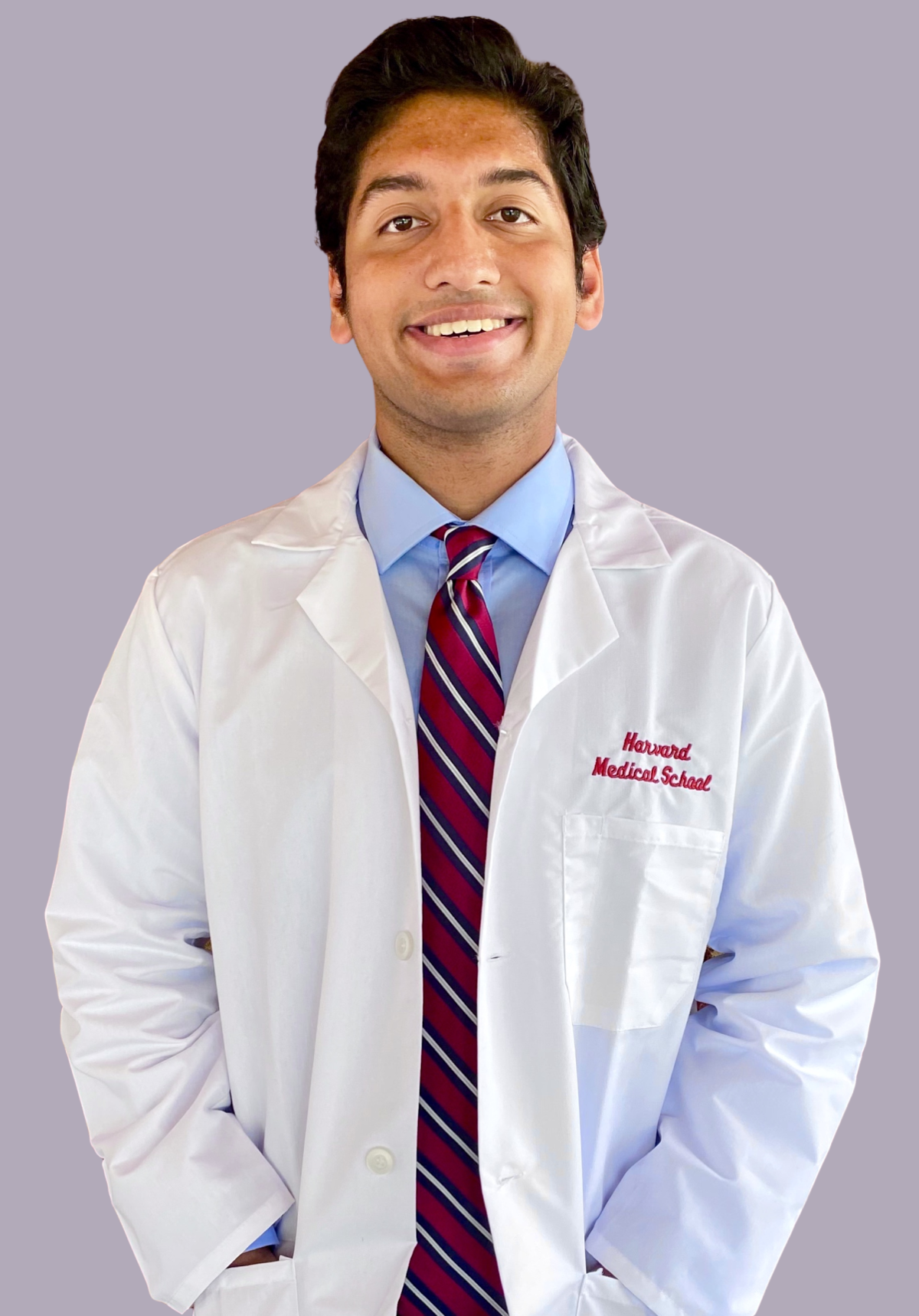 Drew Gupta, 23, a graduate of George Washington High School, is now at Harvard Medical after graduating from Yale.

Arka Gupta, 23, a graduate of George Washington High School, is now at Harvard Law after graduating from Yale.

Drew Gupta, 23, a graduate of George Washington High School, is now at Harvard Medical after graduating from Yale.

Drew Gupta, now in Harvard Medical School after graduating Yale, said when he’s felt like an imposter — like he wasn’t good enough to be where he is — someone nearby reassured him that he belonged.

These colleges did, after all, let in Arka, his identical twin.

They had competed at Charleston’s George Washington High. Arka was the student body president, among several other youth leadership positions he held.

But Arka said his grade point average was .0002 points lower than Drew’s, so Drew was George Washington’s valedictorian and Arka came in second.

“I think we viewed competition not as ‘Oh, I’m better than you!’ or, whatever, ‘You’re worse off!’ or something like that,” Drew said.

“I think we used competition in the sense that we would use each other as inspiration and realize like, ‘OK, this guy — same exact genetics, same exact gene pool, same exact upbringing, if he’s doing well and he’s working hard I have no excuse, I have no reason to slack off, I should also be working just as hard.’”

Arka said their GPAs tied at Yale, where they graduated in the top 15% of their class.

“We keep each other accountable and make sure we’re always doing the right thing,” Arka said. “And I think when we moved up out of state, that’s when it became a lot more collaborative in terms of, you know, adjusting to a new environment, especially up in the Northeast. The winters are colder there, the culture’s a little bit different. I think West Virginians are a lot more open and very warm and very easy to connect to.”

“While we were still inspiring each other,” Drew said of college, “we were pursuing different paths, and because of those different paths we really learned more from each other and what each other’s perspective had to bring.”

During the now-23-year-olds’ undergraduate years at Yale, Drew earned a degree in neuroscience and Arka earned one in economics.

Drew said neurological diseases that affected his family — including his grandfather, who had Alzheimer’s disease — influenced his choice of study.

“He passed away when I was younger,” Drew said. “I don’t remember exactly the year or the age, but I just remember that it was at a time in my life in which I was very saddened by what I saw, but also understood that this disease did not really define him, this disease was not who he was, this disease changed his brain to make him a different person — but this person was not my grandfather.”

Drew conducted Alzheimer’s research at Yale. He was among the authors of a study published in the Society for Neuroscience’s peer-reviewed journal and he co-authored an article on Alzheimer’s in Scientific American.

He also served as the editor-in-chief of the Yale Journal of Medicine and Law.

He’s soon starting a company that he said will use machine learning to identify vocal biomarkers — speech peculiarities — that may be early indicators of whether someone is developing dementia or Alzheimer’s. The identification would allow for early intervention.

Drew’s also working to become a practicing physician, though he doesn’t yet know which field he’ll ultimately pursue.

“Neurology, neurosurgery, anything related to the human brain is something I’ve definitely considered,” he said.

Drew and Arka’s dad is Dr. Rahul Gupta, the chief medical and health officer for the maternal and infant health nonprofit March of Dimes.

Drew recalled seeing his father help an elderly man who passed out at an airport.

“In that moment, I really saw what the value of a physician is,” Drew said. “Really coming in and intervening when somebody needs help, whether it’s inside or outside the clinic.”

Seeing the rampant health disparities in West Virginia, Drew said he was interested in studying public health alongside neuroscience. He said becoming a physician would help him pursue both.

Arka, while studying economics at Yale, said he spent a lot of time studying the opioid epidemic and policies surrounding it.

Arka previously worked at the nonprofit Legal Action Center. He co-authored a report on the insurance prior authorization barrier that can block Medicaid patients from receiving “medication-assisted treatment” — the term for treating addiction with buprenorphine and other medicines.

Arka said he also wants to bridge socioeconomic disparities and provide economic opportunities, which can also help save people from addiction. A big part of providing those opportunities, he said, is bridging the rural-urban gap in access to broadband internet.

He and Drew co-founded a nonprofit called Dose of Justice, at doseofjustice.org.

“Basically, what we do is collect the stories of those who have suffered from substance use disorders and we really serve as a platform for their voices to be heard in an effort to reduce the stigma,” Arka said.

“One thing that I’m pretty keen on is working within the government, working within public service,” he said. That could be as an attorney or a policymaker.

“One thing that’s not necessarily particular to Harvard or Yale, but for anyone trying to reach anything, is that it is scary to go out of state just because West Virginia is very familiar, very comfortable,” Arka said. “The people are just amazingly kind, but there is a value to having diversity of where you’ve lived and what you’ve experienced. And I feel like, in the end, I can actually come back and help West Virginia, from that diversity.”

While they attended West Virginia’s Overbrook Elementary, John Adams Middle and George Washington High together, and together went to Yale and Harvard, the brothers are now in separate graduate programs, pursuing paths that may send them to different places.

“According to our mom, that moment will never come, and we’ll always have a chance to be together,” Arka said.

“We’ve built this very long-lasting relationship of 23 years now, I guess, and I think that when we eventually do have to separate — if that does happen — we’ll definitely miss each other,” he said. “But I think we’re also both independent enough and confident enough in ourselves when we have to explore new paths.”

Drew said he thinks their similar values — who they are — will keep them strong and bonded even after years of separation.

“Something we really valued growing up was family,” Drew said. “Because family was something that would help you get through tough times when no one else was there. And I think that family is the one thing — like, they don’t care how intelligent you are, how smart you are, how athletic you are, how successful you are.

“I think they really care about who you are as a person — your true, authentic identity — and so having my brother there just gave me the confidence and the safe ground to know who I was.”