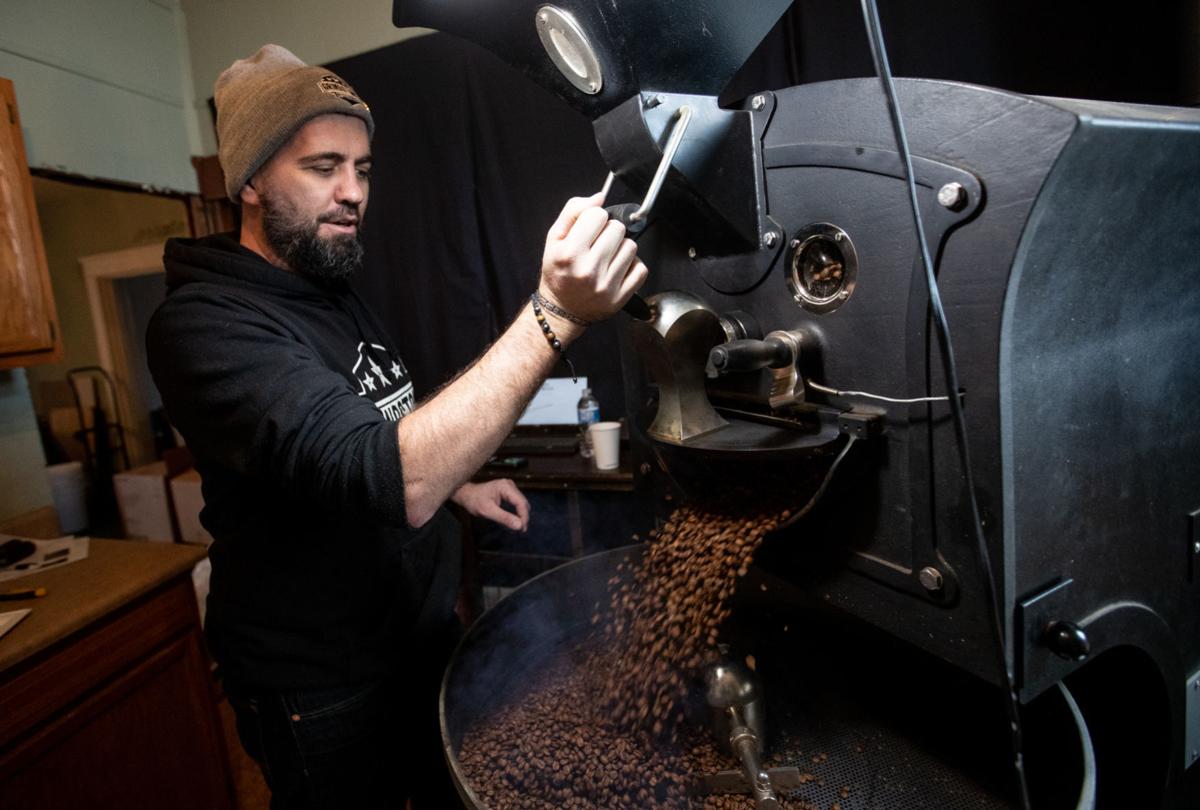 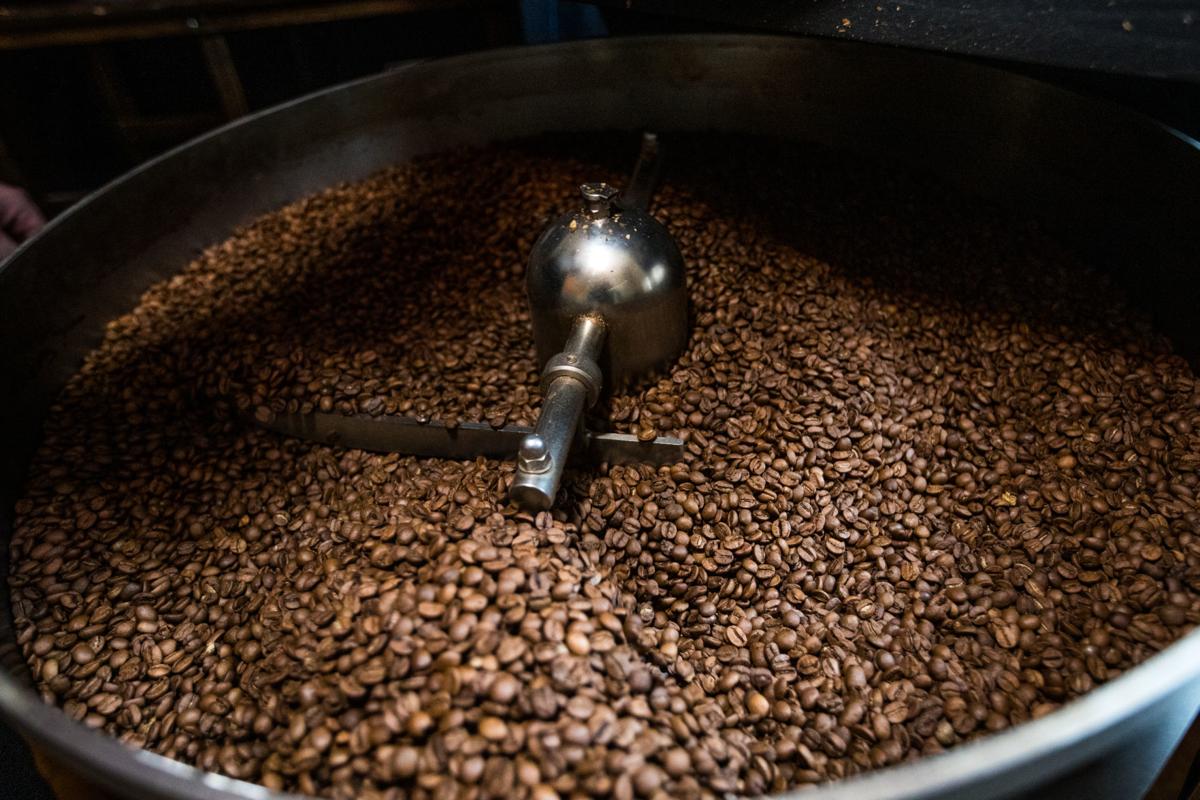 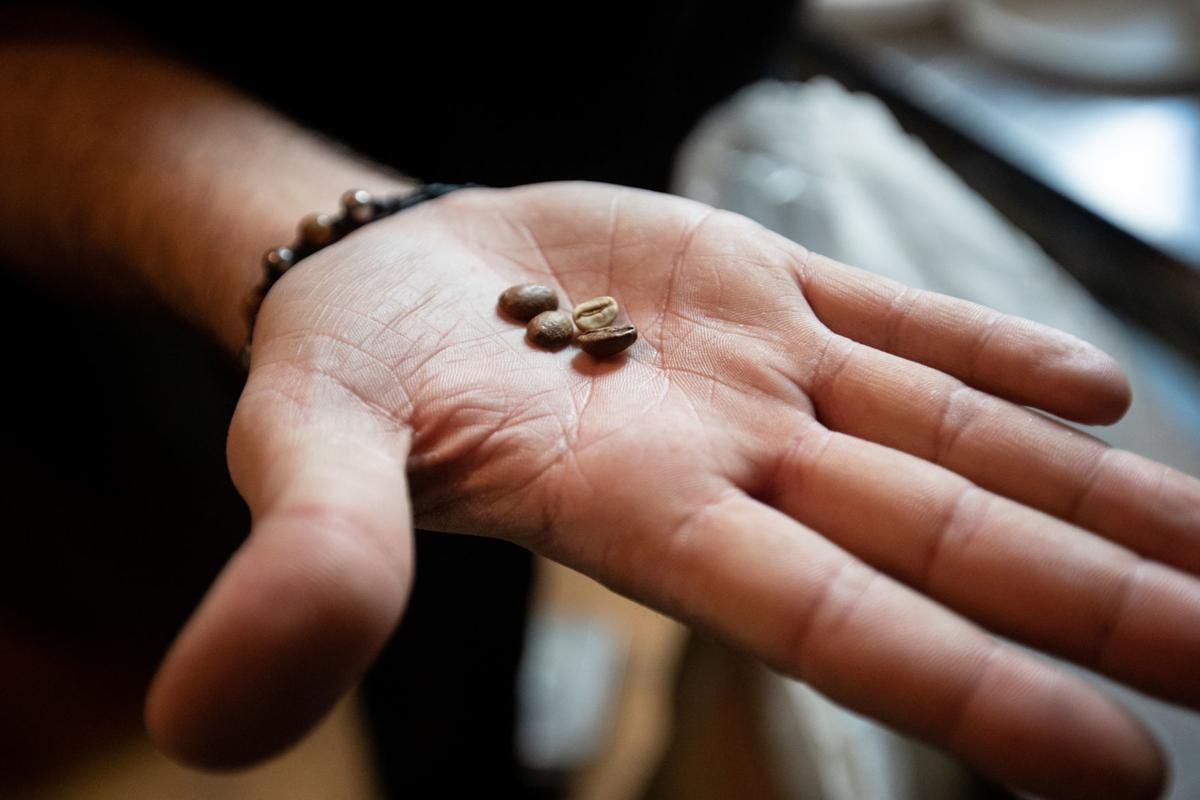 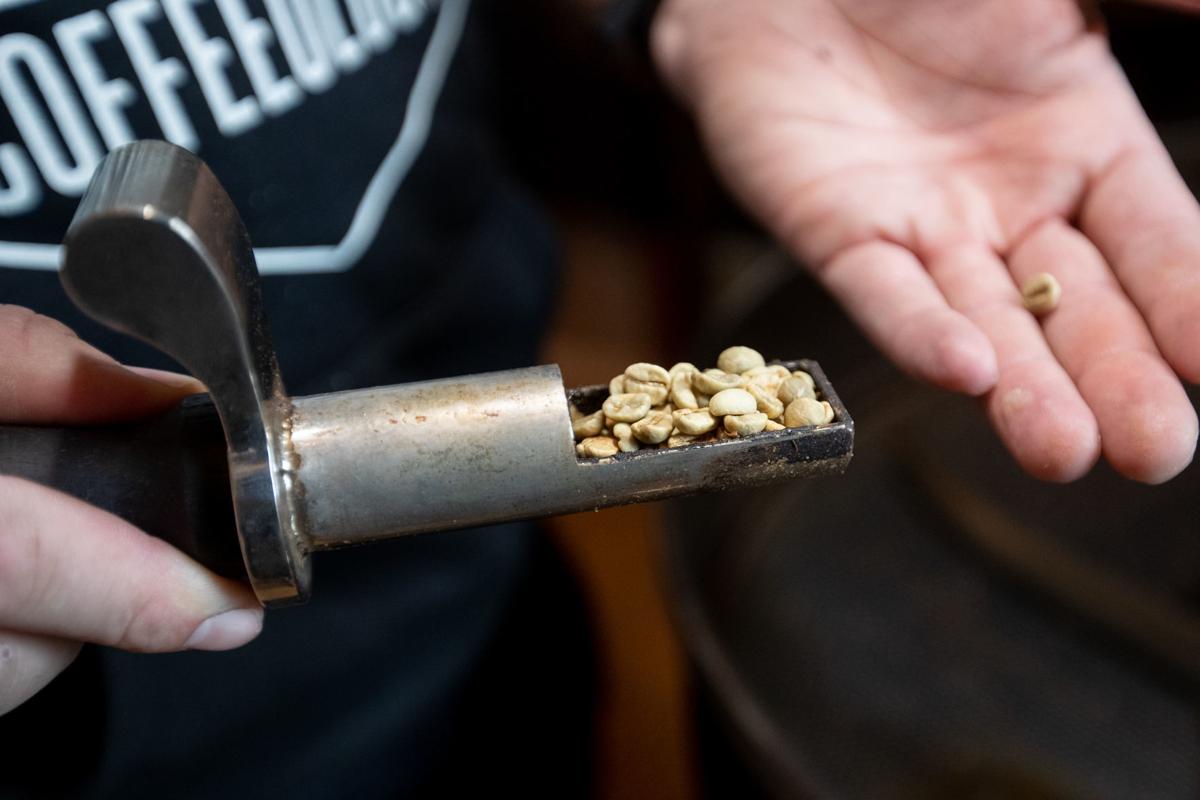 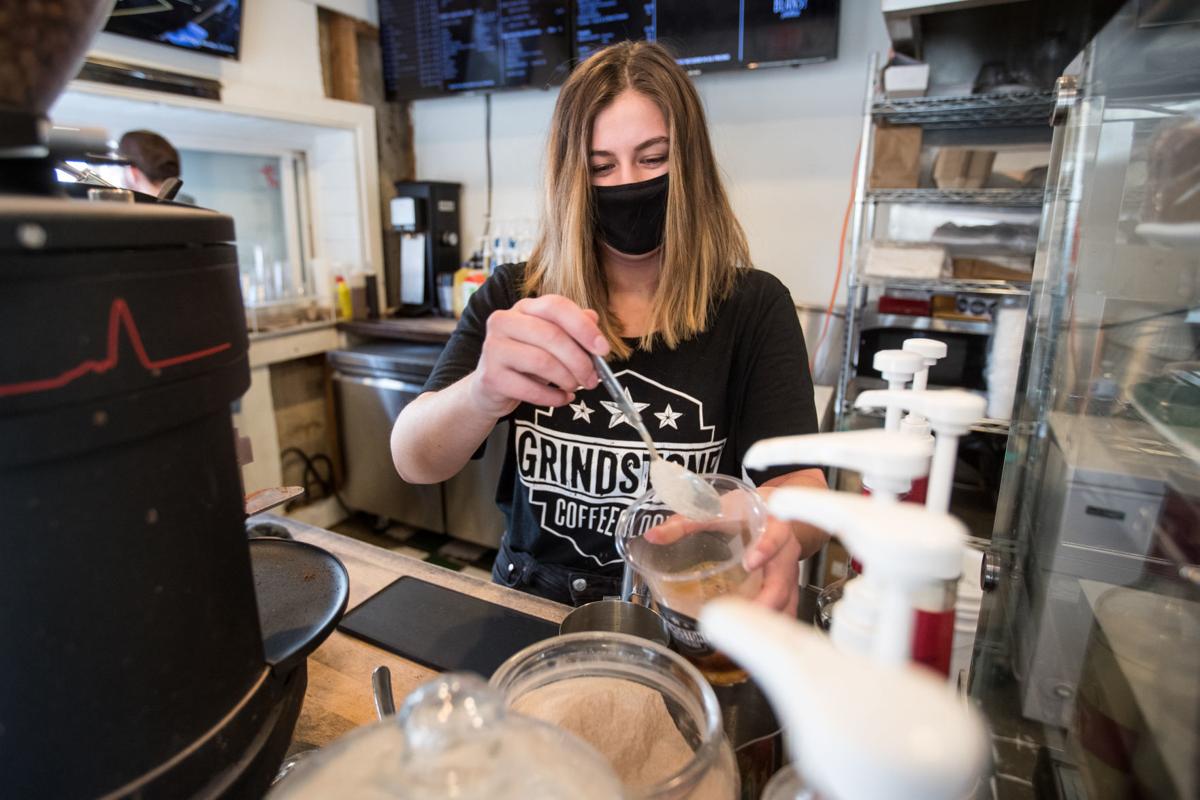 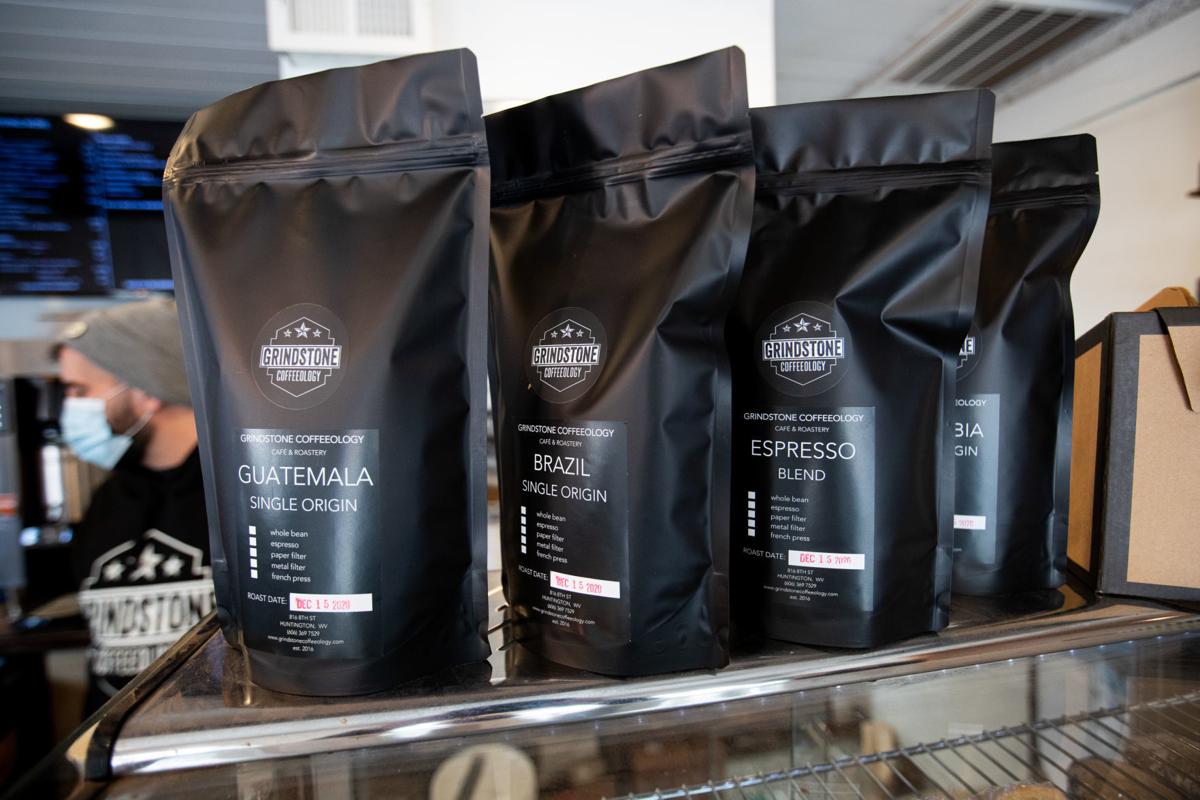 HUNTINGTON — Huntington, West Virginia, is a place that looks different to everyone who looks at it.

Some see it as the home they never plan on leaving. Others see it as a place they can’t wait to get some distance from. Then there are some who see it through the eyes of what it used to be and are saddened by what it once was.

But for Australia native Brendan Fenn, all he sees are possibilities.

From Australia to Huntington

Fenn was introduced to Huntington as an architect consulting on a project in the Fairfield neighborhood.

At the time, he was working for a firm run by his brother in Australia.

In August 2015, Fenn said the opportunity presented itself, as the business expanded, to serve as an architect/project manager in Kentucky, which meant the relocation of not just himself, but also his wife and three children.

“My wife is from Finland, but her parents had relocated to Australia, so the concept of immigrating somewhere wasn’t foreign to the family,” Fenn said.

“My kids were in the fourth grade, sixth grade and eighth grade when we got here, and that was just the opportunity to expose them to a whole, completely different culture and people.”

While he could have chosen to make a home in Kentucky where he worked, Fenn said he chose Huntington as the place to live because of the interactions he’d already had with the city.

“I had come to the end of the road in my architecture career. I was done with that; I was burnt out,” he said, after having committed roughly 20 years to that career path.

“For me to just say I want to retire now in a coffee business and work harder than I’ve ever worked before … you know, when you do what you love, it’s really not work.”

Fenn said the coffee business arose from what he called “a pretty solid coffee caffeine addiction” he and his wife share.

“My wife and I, we would basically live our professional lives out of cafes,” he said. “Not really having somewhere that was meeting that need for us, we started with the coffee truck to sort of supply our own caffeine needs and just build our little business from there.”

Fenn said it was somewhat of a lifelong dream of his and his wife’s to own their own coffee shop.

“We would work out of coffee shops in Australia, and we always thought how awesome it would be to open our own one day,” he said. “But it was the kind of dream you never think is going to happen.”

The cost of living, coupled with higher taxes as well as just the sheer volume of top-notch coffee shops that already existed within a short distance from his home in Melbourne, Australia, meant this dream of his would never have been possible there.

“The small-town cost of living gives the biggest opportunity for you to chase your dreams,” he said. “That’s essentially the biggest thing I’m most grateful for here, is the opportunity to have realized that dream. I don’t think that could have happened anywhere else, to be honest.”

Like most businesses starting out, the first two years were a struggle. Growing a business out of a small truck is no easy feat. The idea of food trucks was also a relatively new concept in Huntington, which made navigating city rules and regulations challenging at times.

“I can say it would take a lot more than 2016 and 2017 for us to quit,” Fenn said. “We’re fortunate that [my wife] Helen was working … you’ve got to be able to draw an income from somewhere else, and that was Helen’s job. It kept us afloat as well as the cost of living here.

“There were no vacations, and it’s just a matter of saving where you can and keeping the door open.”

In February 2018, Fenn’s business was upgraded from a food truck to a less mobile location on 8th Street in Huntington.

“When we got the building, that didn’t immediately solve every problem, but it certainly went a long way toward it,” he said. “And as people learn to trust you, that makes life easier as well. Being an outsider — it’s not as if I was from Beckley moving to Huntington — I was a real outsider. Even to this day, there are some people that treat you as outsiders … It’s interesting seeing some people’s perspective around those things.”

From the outside looking in

While some people would see being an outsider as a bad thing, Fenn said it has made all the difference because he came without having a preconceived notion of what Huntington was or should be.

“The people in West Virginia, I break those people into two or three parts,” he said. “There are the people who absolutely love it and wouldn’t live anywhere else.

“There’s young people who can’t wait to leave because they are looking at it through, I guess, the perspective of not having lived anywhere else and they think that all of their issues in life have got to do with the geography of their existence, and that’s one thing when you move from one side of the world to the other — you realize that wherever you go, you take ‘you’ with you; you take your problems with you, so there’s the lessons you learn through life.

“And then there’s the elderly people that see Huntington perhaps through the eyes of what it used to be and they resent that it’s no longer what it used to be. ‘Oh, this town used to be 90-odd-thousand people strong and then this shut down, and then that shut down, and this place is dying.’ And it’s like, well, it’s actually not. The city doesn’t need 90,000 people to be strong. It just needs 48,000 that believe in its future.”

Fenn says these are just some of the conversations he has at his coffee shop with locals as well as folks from out of town.

“They’re the conversations that I enjoy having — to basically change people’s perspective on themselves and what they’re doing and how they are,” he said. “It’s a small contribution, but it’s something I enjoy doing.”

In addition to fighting back against the stigmas and long-held beliefs of some local residents, Fenn said he has similar conversations with people traveling through.

“When they hear an Australian accent in West Virginia, a state that they’re just driving through, they ask how I ended up here,” he said. “I give them an abridged version — moved here for work, we loved it, cost of living and the opportunities.

“If they screw their nose up, I just look at them and, well, you know, some people I’ll call out and others I just let them stew in their ignorance. It’s such an ignorant perspective of West Virginia that it’s just a redneck, moonshine, catfish-noodling existence.

“Some people have the cable TV perspective of what they assume a redneck state to be, and friends of ours that have come out to visit love the place. And when we show people photos of where we live — the neighborhoods, the parks and stuff like that — you can’t trash talk that because it’s there in front of your face. It’s a matter of how you choose to view things.”

In the coming months and years, Fenn said he believes more people will come to see the value of small-town living, especially in post-COVID-19 times.

“There is no reason why you shouldn’t live here,” he said. “The cost of living will be a fraction, taxes will be a fraction and, sure enough, it’s hitting December and people are starting to realize the world doesn’t center around a single metropolis. They are great places to visit, but you don’t have to live there to experience those things.

“For us, it’s a no-brainer, and the fact that [Huntington] is now promoting that is a good thing. How you get the word out and how you convince people — that’s for the marketing geniuses to work out. But for me, it just came down the path of experiencing it.”

Unlike most, Fenn has the experience of living in a major city in Australia, 15 minutes from one of the best beaches in the world, “the U.S. equivalent of California,” but he said that life doesn’t hold a candle to what he has in Huntington.

“It’s a great place to visit, but it’s also pretty good to leave,” he said. “When you’re getting taxed to extinction from your income tax, and your utility bill is three and four times higher there than what they are here, you start to question what’s important.”

But even in a small town, Fenn said the one thing people should never have to compromise on is a good cup of coffee.

“We meet people from out of state fairly quickly,” he said. “One of the first things people seek out to find if life here is going to be bearable is, ‘Is the coffee good?’ That’s literally what we did — ‘OK, where is the caffeine coming from?’

“And then when people here a foreign accent, they ask why you are here, what’s good, what’s bad, what’s the ugly. We do what we can to represent the place we love to live.”

While it may seem like fiercely defending and advocating for his new home is his only passion, it likely is a close second to Fenn’s love of coffee.

Growing up in a country where a quality cup of coffee is so much a part of the culture, Fenn says the motto for his business is to help people “rediscover coffee.”

“We have friends that don’t drink coffee because their parents would brew the thickest sludge of Folgers they could and that’s what they called coffee,” he said. “There’s generations of people thinking that’s coffee. Our mission is to have people rediscover what it’s supposed to taste like.”

Fenn said this means sourcing the best product possible as well as roasting his own coffee beans — something that was made possible with the opening of the brick-and-mortar location.

“The coffee culture in the U.S. is obviously being shaped by Starbucks and, to a lesser degree, Dunkin,” he said. “They disguise the quality by filling [the coffee] full of sugar — and you end up with frappes and caramel macchiatos, which are things we sell because it’s part of the established coffee culture, but we love to introduce people to the better version of that — to experience a flat white, which is just the espresso and the silky steamed milk. There’s no sugar in it, but it doesn’t taste like it needs it either because you’re not using it to disguise a trashy product, which is essentially, not to speak ill of a corporate behemoth, but it’s essentially what they’re doing.”

No matter what comes next for Grindstone Coffeeology, Fenn said quality will always come above everything else, whether that’s expanding or opening new locations.