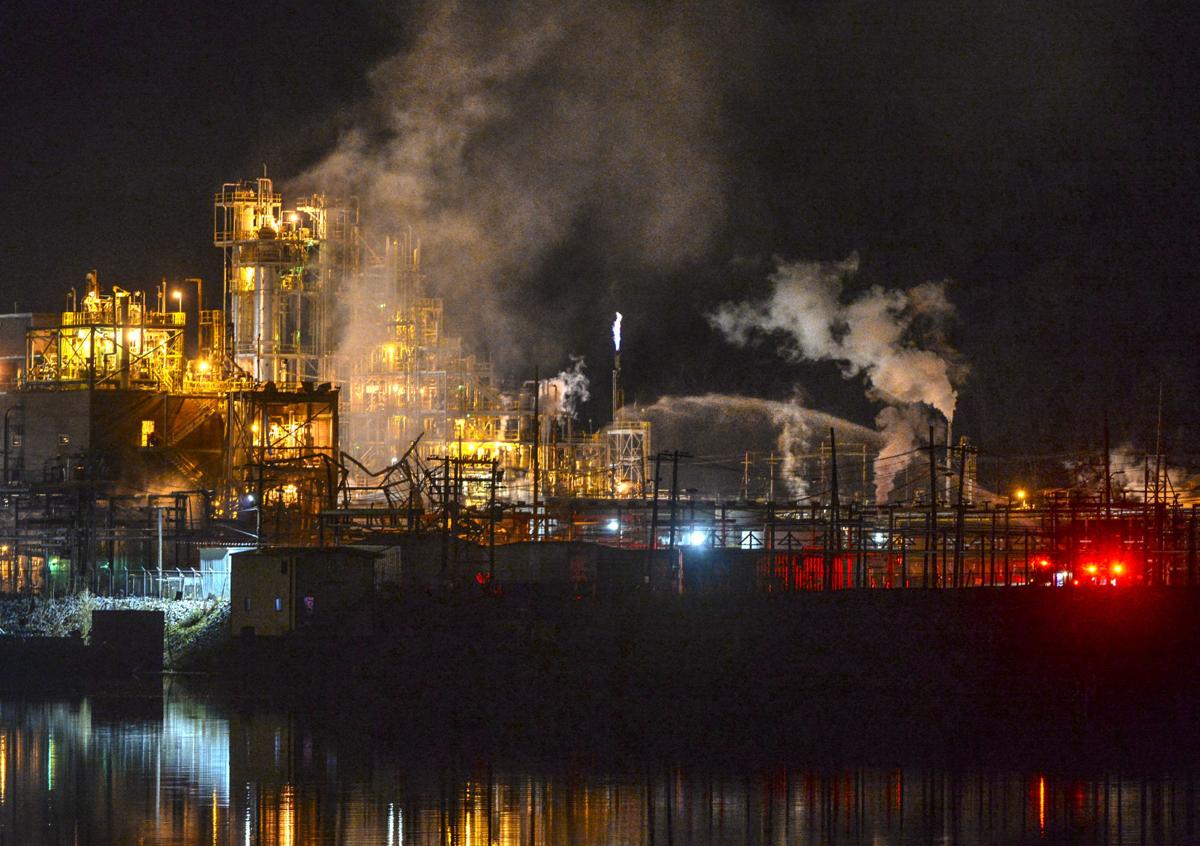 A fire truck shoots water at a fire at the Chemours plant, in Belle, late Tuesday night after an explosion left one person dead and three others injured. Twisted metal can be seen just left of center. 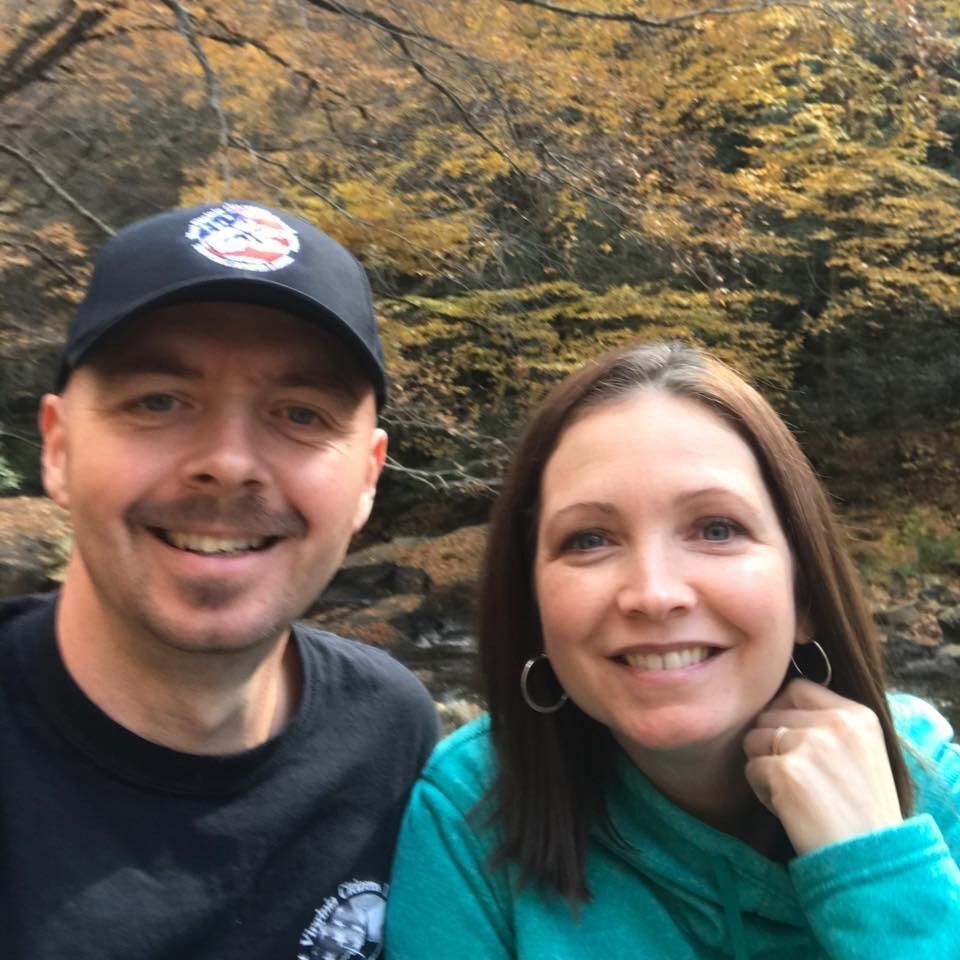 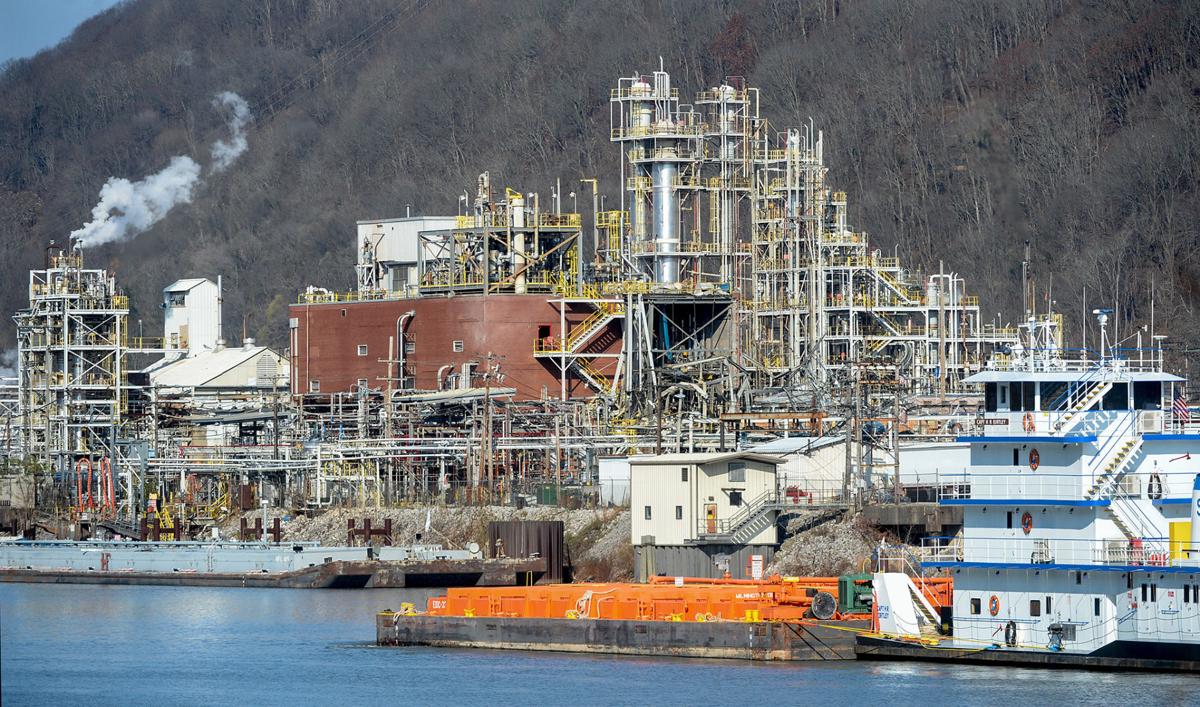 On Wednesday, a towboat pushes a barge down the Kanawha River past the location where the explosion and fire occurred Tuesday night at the Optima Belle LLC chemical facility.

A fire truck shoots water at a fire at the Chemours plant, in Belle, late Tuesday night after an explosion left one person dead and three others injured. Twisted metal can be seen just left of center.

On Wednesday, a towboat pushes a barge down the Kanawha River past the location where the explosion and fire occurred Tuesday night at the Optima Belle LLC chemical facility.

A chemical plant explosion at Optima Chemical’s facility on the Chemours Company’s site in Belle Tuesday night killed one of the plant’s workers, sent two others to the hospital and prompted investigations into the blast that rocked the Eastern Kanawha County community.

The explosion occurred at 10:02 p.m. and killed John Gillenwater, 42, of Hurricane, a husband and father of two.

“The family is devastated over the loss of their husband, father and friend John Gillenwater,” according to a statement issued by family friends on behalf of the Gillenwaters. “John was beloved by many in his community and his church. Tina and her children are surrounded by family and friends in this great time of need. What happened was a tragedy.

“John was the sole bread winner for his family, and many are asking how they can help. First, the family covets your prayers. John Gillenwater was a true man of faith and the family believes in the power of prayer.”

A benefit account for the family has been set up with City National Bank, according to the release. Donations may be made at any City National branch location.

Earlier Wednesday, Optima reported that two other chemical operators were in the building at the time of the explosion, hospitalized and released.

Preliminary information indicates a 1,200-gallon metal dryer became overpressurized during a chemical drying product operation, according to Optima. The material in the dryer was a compound used for sanitation.

A Chemours site fire brigade and the Belle Volunteer Fire Department were among those who responded to the explosion.

C.W. Sigman, director of emergency management for Kanawha County, said responding parties reported chlorinated dry bleach and methanol were involved in the explosion when he arrived to the scene.

“The fire burning when I got there was methanol,” Sigman said. “The original product was chlorinated dry bleach. There was confusion as to what was actually burning at the time, but they did report both chemicals to us.”

Sigman said a review of Tier II chemical inventory data that Optima submitted to the West Virginia Emergency Management Division as required by the division did not list CDB 63, a chlorinated dry bleach chemical. Sigman said plant representatives told him and Kanawha County Commission President Kent Carper on Wednesday that Tuesday was the first day that chemical was used at the plant.

Doug Cochran, Optima’s vice president of business development, could not be reached for comment.

“Once the investigation’s done, then hopefully we’ll have a better understanding,” Sigman said.

“There’s an alphabet soup of federal and state regulators that’ll be looking at this,” Carper said.

The U.S. Chemical Safety Board, an independent federal agency charged with investigating industrial chemical accidents, will be sending a team to West Virginia in response to the incident, according to CSB spokesperson Hillary Cohen.

The West Virginia Department of Environmental Protection’s Homeland Security and Emergency Response unit responded to the incident and observed firefighting water discharging into the Kanawha River around midnight, according to Terry Fletcher, the DEP’s acting communications director. The facility took measures to minimize the flow and is constructed to contain rainfall and treat it at the facility water waste treatment plant, but during the roughly two-hour fire, the facility containment was overwhelmed, Fletcher said, adding that the personnel conducted field analysis of the released firefighting water and further field analysis in the Kanawha River will be conducted by HSER and Environmental Enforcement staff.

“It was just an unknown as to how much, if any, contaminant got out into the air,” Carper said. “As it turns out, it doesn’t appear to be that much. The fire burned off a lot of the chemicals to some extent. ... We were concerned about putting water on the contaminants, [that] they would get into the river. [Firefighters] just kind of let them flare and burn off. That was the best thing to do.”

The Occupational Safety and Health Administration is investigating the incident, according to a U.S. Department of Labor spokesperson who said there is no onsite inspection history for Optima Belle LLC. The spokesperson declined further comment, citing the open investigation.

The explosion prompted an hourslong shelter-in-place for areas within a 2-mile radius of the plant, including everyone between the Chelyan bridge to Burning Springs and all of Belle, Marmet, Chesapeake and Chelyan.

The shelter-in-place was lifted at 2:25 a.m. Wednesday.

The plant sits on a 723-acre property along West Dupont Avenue in Belle.

Optima Chemical Co., a Georgia-based chemical manufacturer, acquired manufacturing assets in Belle from Chemours in 2015. Chemours, which is based in Wilmington, Delaware, was founded as a spinoff in 2015 from DuPont, the former longtime site owner. Ownership of the Belle plant site was transferred to Chemours that year.

U.S. Environmental Protection Agency data show that the Optima facility was found in violation of the Resource Conservation and Recovery Act regulating hazardous and nonhazardous solid waste management in March. Optima introduced waste containing Resorcinol, which is used as an antiseptic and disinfectant in topical pharmaceutical products, into the sewer system that leads to the wastewater treatment plant operated by Chemours, according to DEP documentation.

That violation was corrected during the inspection in March, and no RCRA violations have been identified since then.

West Virginia American Water announced Wednesday that its customers would see no impact to their water service as a result of the explosion, noting that the company’s Kanawha Valley water treatment plant is located along the Elk River, a separate source-water supply from the chemical plant along the Kanawha River.

The explosion was a reminder that life in the Chemical Valley can be dangerous.

Marty Green, who lives on Kanawha Street less than a mile from the plant, said the explosion was “violent.”

Jill Mullins, who lives down Kanawha Street from the Greens, first thought about the foundation of her house, since the explosion shook it so violently.

“We heard it. Well, we got right out of Dodge,” Mullins said. “I was sitting in the living room, and one, two, three, we heard five cars leave and said, ‘We’ve got to go.’ ”

Marty and his wife, Linda, have lived in their house in Belle for about 30 years, and Linda never worried about the plant before.

“We’ve always been cautious, aware of what could happen, but you never think it really will,” she said. “Well, we thought that till last night, at least.”

If you dig a few inches under the Greens’ house, you’ll find cinders of what used to be part of the plant. Until 20 or so years ago, everyone east of Belle worked at the plant — it was like a company town. Since the operation has shrunk over the years, Marty said he believes some people forget the potential danger.

“I think we kind of got complacent, because of the smaller operation,” he said. “Since there’s less going on there, you think maybe, you know, less risk. Well, that’s not really true, though.”