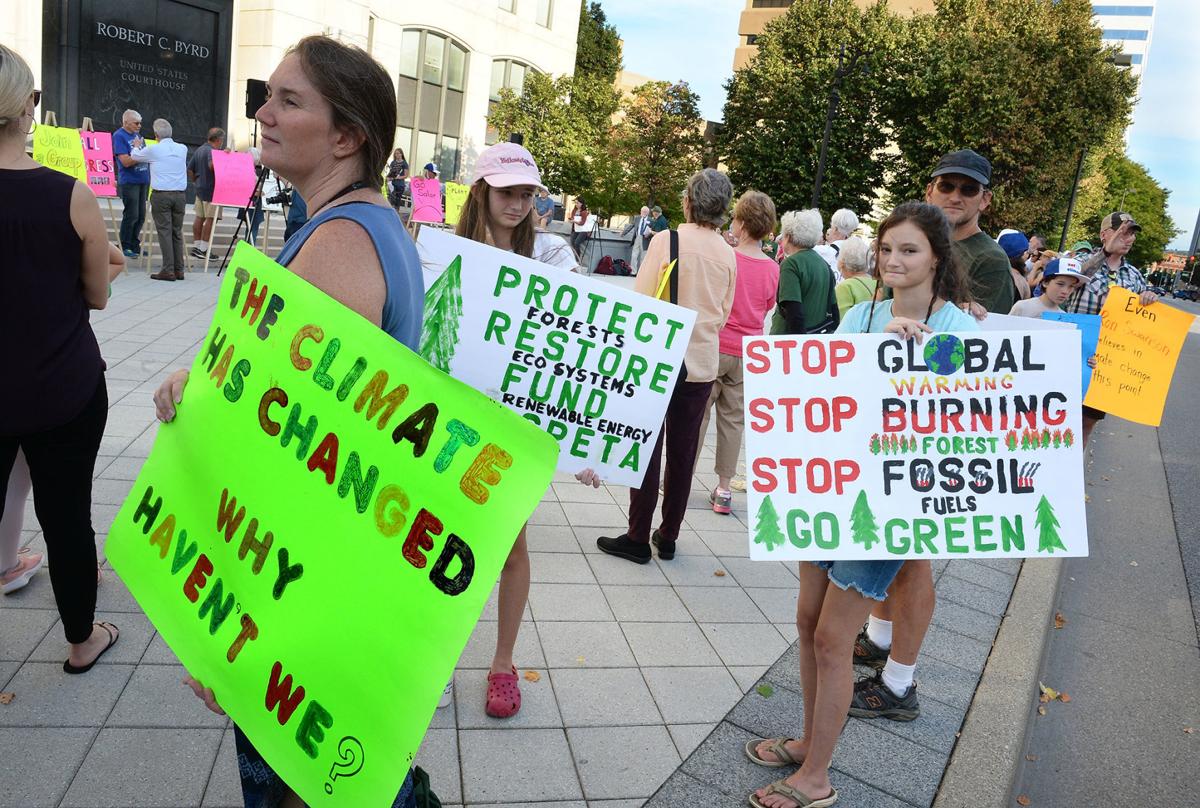 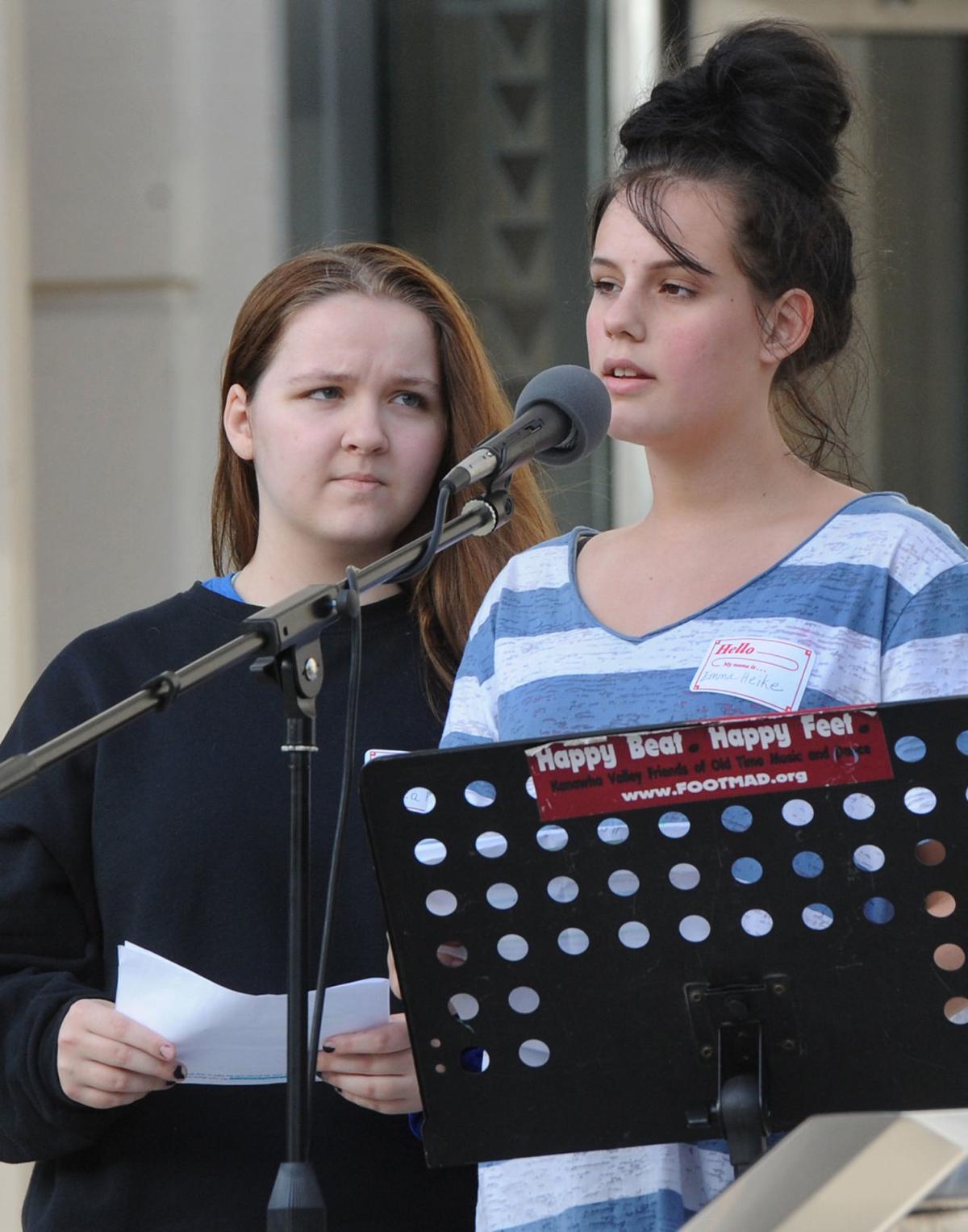 Sherman High School juniors Lyeza Kelley (left) and Emma Heike speak about climate change and their concerns for the future at the Charleston Climate Rally, Thursday, in Charleston. 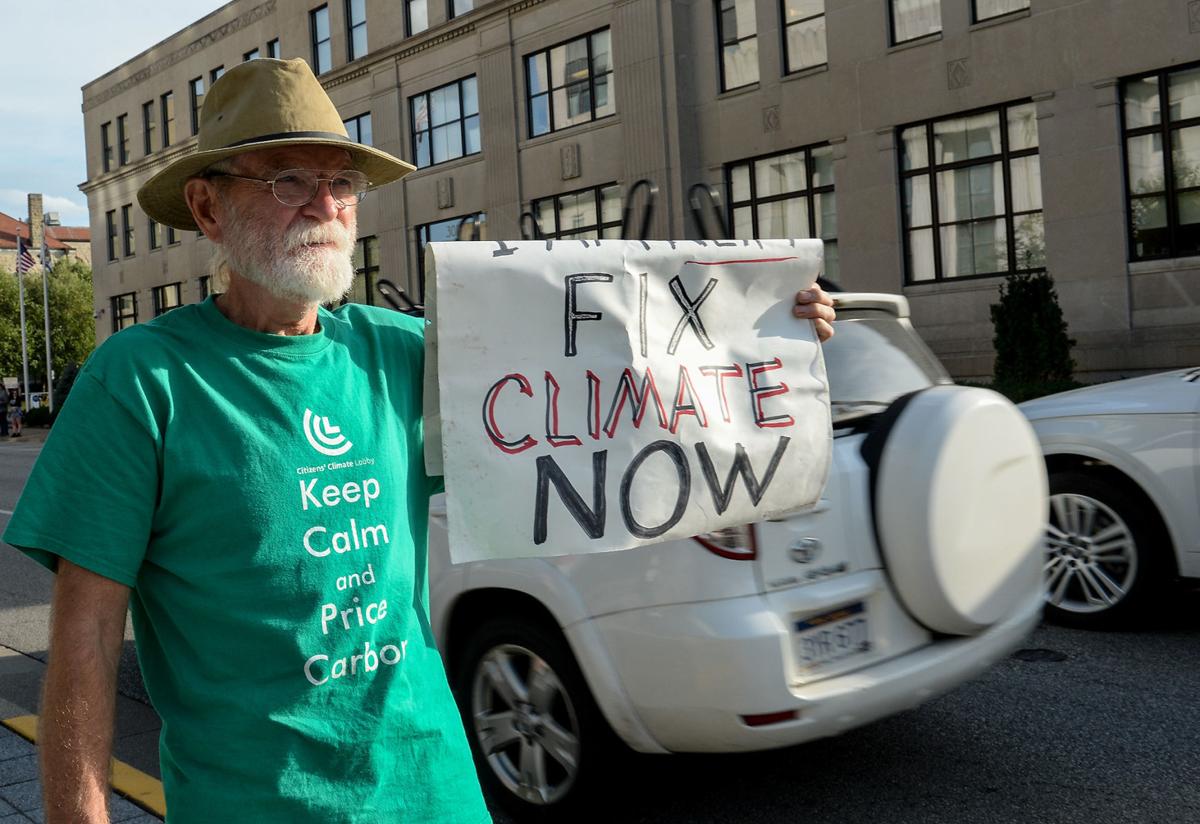 Sherman High School juniors Lyeza Kelley (left) and Emma Heike speak about climate change and their concerns for the future at the Charleston Climate Rally, Thursday, in Charleston.

Rhyming “revolution” and “solution,” Paul Epstein strummed his guitar and bellowed into the crowd:

“It’s a green revolution, we can turn this thing around. There’s a clean solution; keep the carbon in the ground.”

In front of him, dozens of people stood at the Robert C. Byrd federal courthouse, holding signs with messages, like “there is no Planet B” and “enough is enough.” They were all there for the Charleston Climate Rally, hosted by the West Virginia Citizens Climate Lobby and other environmental groups.

Thursday’s rally was one of several happening around the world calling for action on what many call the greatest issue of our time — climate change. According to scientists, average temperatures have increased by 1.8 degrees Fahrenheit across the country since the beginning of the 20th century.

Dozens cheered, chanted and sang along in crowd, their shouts punctuated by the sound of approving car horns as drivers made their way down Virginia Street. But Ireland noted the only politician in the crowd was Mike Pushkin, D-Kanawha, who also played guitar at the event.

Daniel Calwell, of Charleston, held a sign over his head: “Compost the rich, save the Earth.”

That’s because big corporations are causing the most damage, he said.

“For me, climate activism intersects with opposition to capitalism,” he said.

A handful of high schoolers from Boone County also drove to Charleston for the rally. They said they were concerned about their future, and what the planet would look like for their kids and future generations.

They also said they were inspired watching young people around the world stand up for the planet, but disappointed adults have failed to act.

“It’s our future, not theirs,” said Lyeza Kelley, a junior at Sherman High School.

According to the Fourth National Climate Change Assessment, average annual temperatures across the region have increased about three degrees in New England, and less than one percent in West Virginia, since 1901.

By 2050, average temperatures in the Northeast (which includes West Virginia in the report) will jump by 2.5 degrees Fahrenheit regardless of greenhouse gas emissions. Under a higher scenario, they could jump by 5.1 degrees Fahrenheit.

“The risks associated with present-day and projected future heat can be minimized by reducing greenhouse gas emissions, minimizing exposure through urban design, or increasing individual and community resilience,” the report says.

Toward the end of the event, Angie Rosser, executive director of the West Virginia Rivers Coalition, got an idea. She asked the crowd to come close, and pulled out her cell phone.

She got the voicemail of Sen. Joe Manchin, D-W.Va., and the crowd shouted in unison: