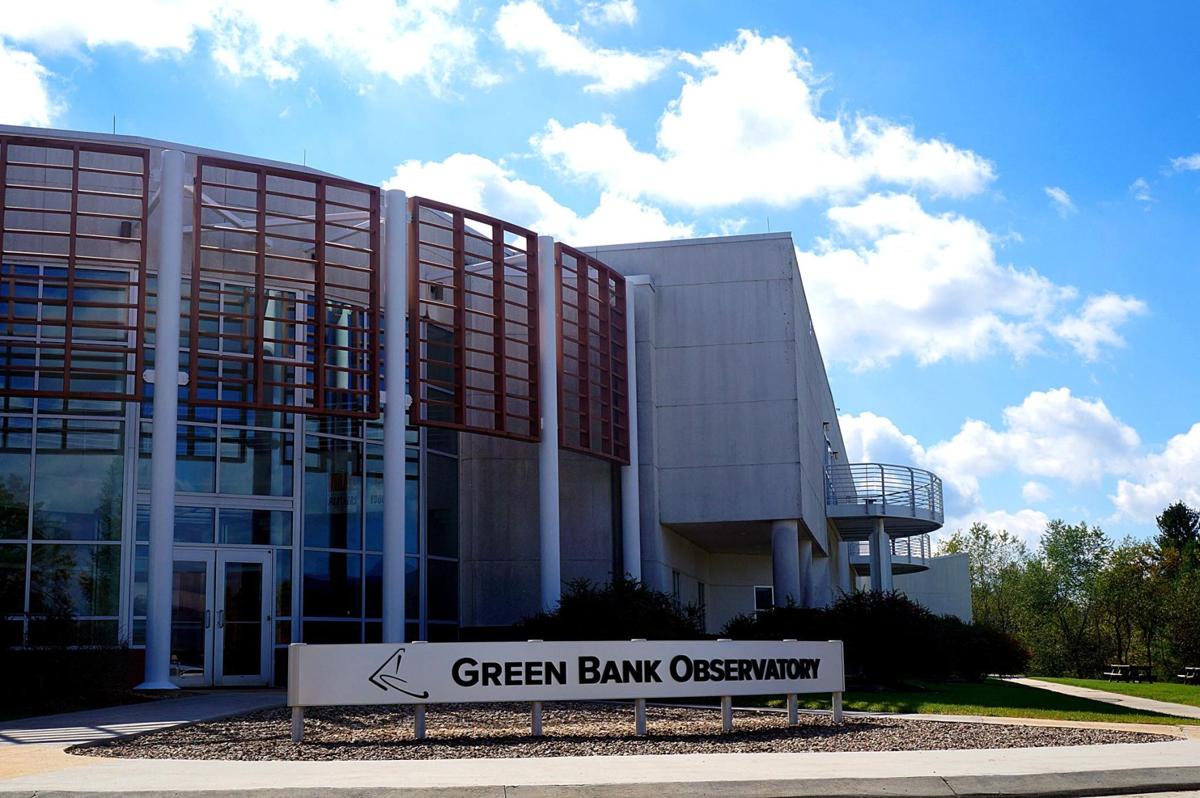 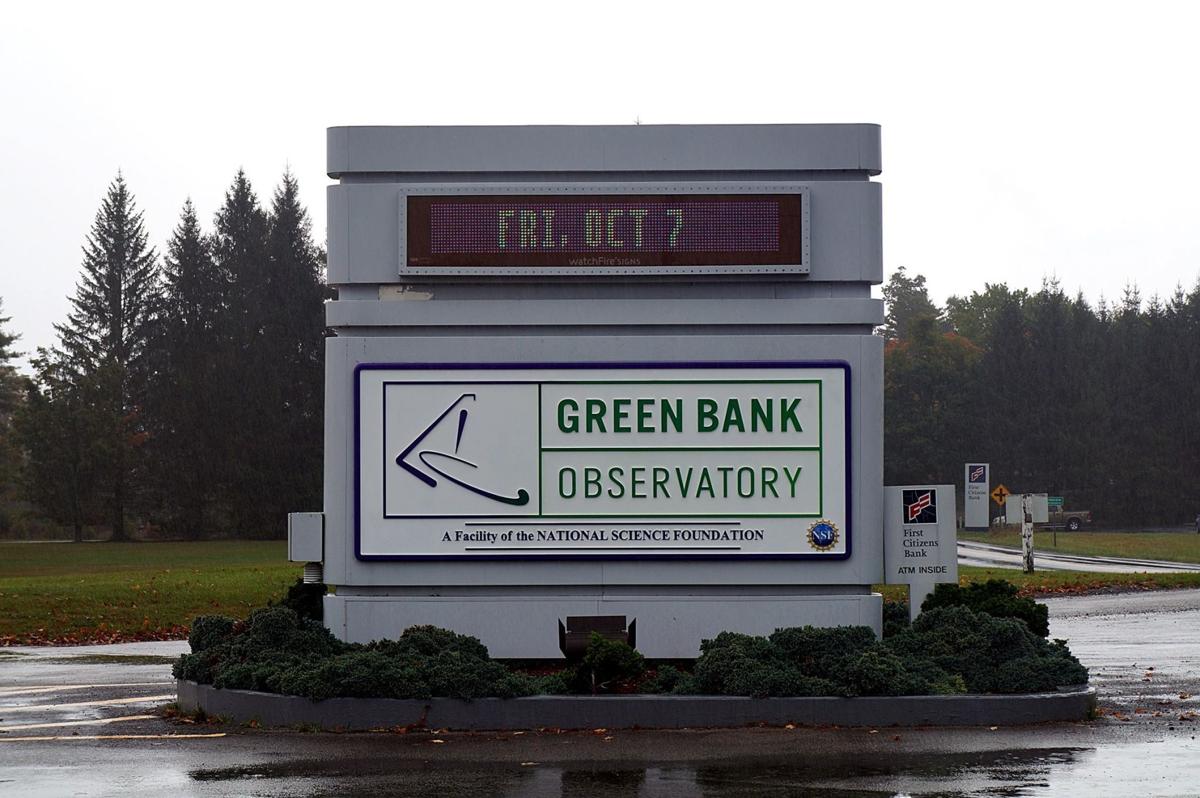 The new sign at the entrance to the Green Bank Observatory displays the observatory’s new logo and reflects its independence from the National Radio Astronomy Observatory system. 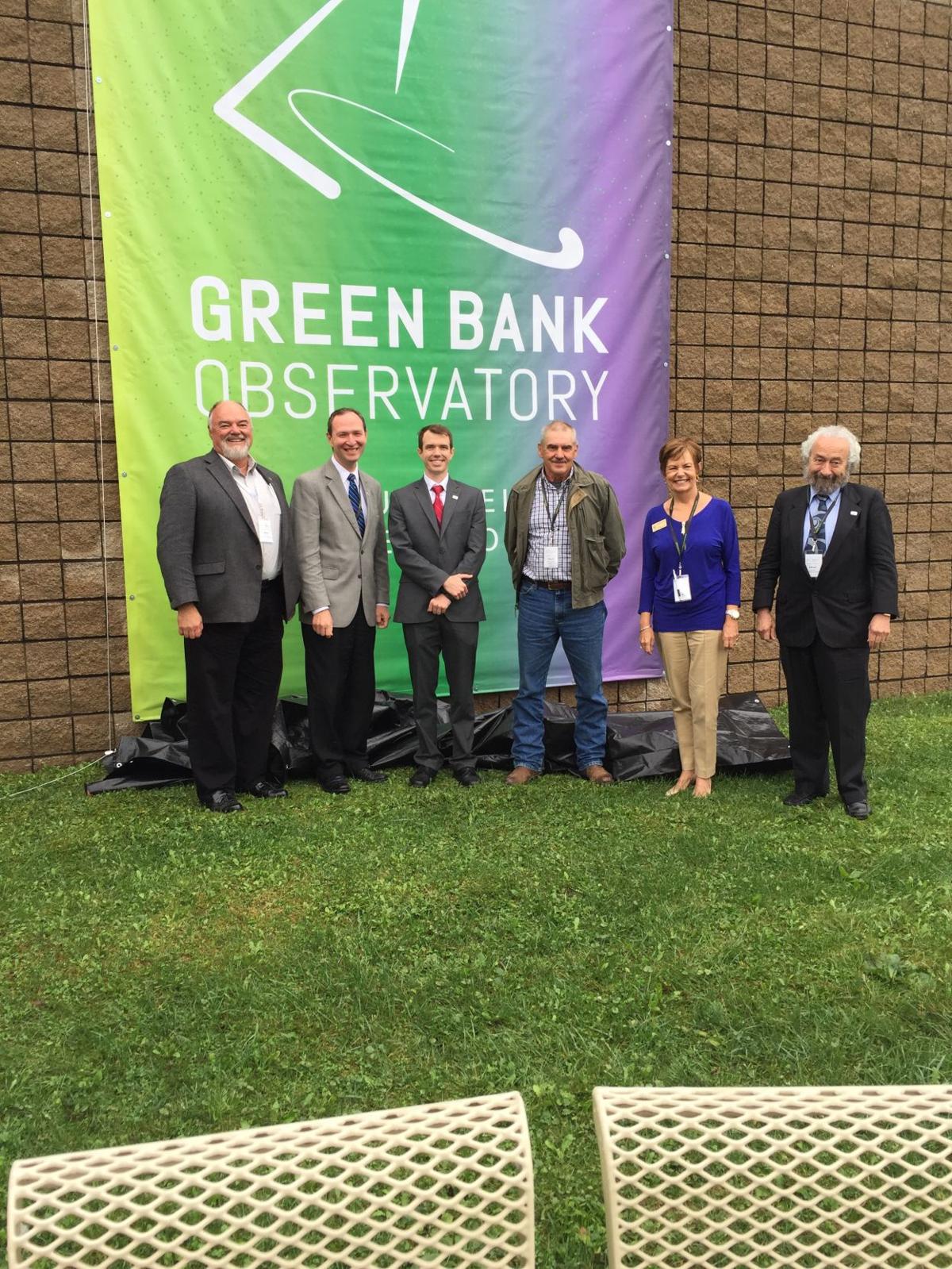 The new sign at the entrance to the Green Bank Observatory displays the observatory’s new logo and reflects its independence from the National Radio Astronomy Observatory system.

Four years after the National Science Foundation announced it would drop funding for the National Radio Astronomy Observatory in Green Bank effective Oct. 1, 2016, the Pocahontas County research center remains alive and well, and as of last week, proudly independent.

The National Radio Astronomy Observatory sign at the entrance to the 60-year-old research center along W.Va. 28 has been replaced with a sign bearing the new green and purple logo of the Green Bank Observatory. Last Saturday, former and current employees of the observatory, including Dr. Frank Drake, who conducted the world’s first scientific search for extraterrestrial intelligence at Green Bank in 1960, took part in a dedication ceremony for the newly independent observatory.

In 1956, Green Bank was the first national observatory to be built by the National Science Foundation, and the first to make use of radio telescopes, capable of detecting electromagnetic radiation hidden from, or invisible to, the human eye, and able to make observations beyond the range of optical telescopes. The new observatory was the birthplace of the National Radio Observatory system, headquartered in Green Bank until 1966, when it moved to Charlottesville, Virginia, and opened NRAO observatories at Kitt Peak, Arizona; Socorro, New Mexico, and the Atacama Desert in Chile.

Green Bank has been home to some of the world’s most innovative and productive radio telescopes, including its newest, the Robert C. Byrd Green Bank Telescope, completed in 2001. The 485-foot-tall, 17 million pound structure with a 2.3-acre flexible collection surface can be rotated along a set of rail-like tracks, making it the largest moving structure on land, as well as a premier instrument for studying black holes, pulsars, star formation, the connection between organic chemistry in space with the origin of life on earth, and the nature of gravitational waves.

“Many of the most transformative discoveries in all of astronomy happened here in Green Bank,” said Karen O’Neil, director of the Green Bank Observatory, in remarks prepared for Saturday’s dedication ceremony. “As we move on to new horizons, the scientists, engineers, educators and others in Green Bank share a renewed excitement about the future and a desire to carry on this legacy of discovery and innovation.”

Excitement and optimism about the future were feelings that were scarce at the observatory in 2012, when employees and administrators were shocked to learn that an NSF assets review committee had recommended that Green Bank and two other NRAO facilities be dropped from the foundation’s portfolio of astronomy sites and channel its budget — flat since 2010 — into building new telescopes and preserving research grants to scientists. Added to that blow was a decision last year not to list Green Bank Telescope among sites to be covered under a new NRAO management contract that was put out to bid.

“Due to the Portfolio Review Committee recommendation and the re-competition of the management of the NRAO — minus the Green Bank Telescope — it became necessary for the observatory to become its own somewhat self-sustaining entity,” said Mike Holstine, the observatory’s business manager.

“We had already been fairly successful at finding sources of external funding,” Holstine said. “The trick was getting the NSF and federal government to allow certain possibilities with federally owned facilities. After successfully navigating that minefield, Green Bank Observatory has become a stand-alone observatory, separate from the NRAO, but able to utilize some of the NRAO resources just as they can utilize some of ours.”

Green Bank administrators asked the NSF, which had funded nearly 100 percent of Green Bank’s budget, to continue partial funding of the Pocahontas County observatory beyond the October 2016 cutoff date to give them time to secure private contracts for observatory services in order to survive. The NSF agreed to cover 60 percent of the cost of the observatory’s operations during 2017, and then drop to 30 percent the following year. Any funding levels beyond 2018 have yet to be established. For the moment, at least, the observatory is recognized as a National Science Foundation facility.

While the partial funding was welcome, the gap between NSF contributions to Green Bank between 2016 and 2018 “is part of the work we have to fill,” Holstine said. “But we are confident that we will be able to find partners.”

Multi-year contracts secured by the Pocahontas County observatory so far include one with the Russian space agency to download data from its RadioAstron orbiting radio telescope via Green Bank’s 140-foot telescope, and another to use the Green Bank Telescope to observe a network of pulsars for the fingerprints of gravitational waves for the North American Nanohertz Observatory.

In January, the GBT began devoting 20 percent of its observation time to systematically scanning the 1,000 galaxies nearest Earth for signs of extraterrestrial intelligence for Russian billionaire Yuri Milner’s Project Breakthrough Listen, which will bring the observatory $2 million annually for the next 10 years.