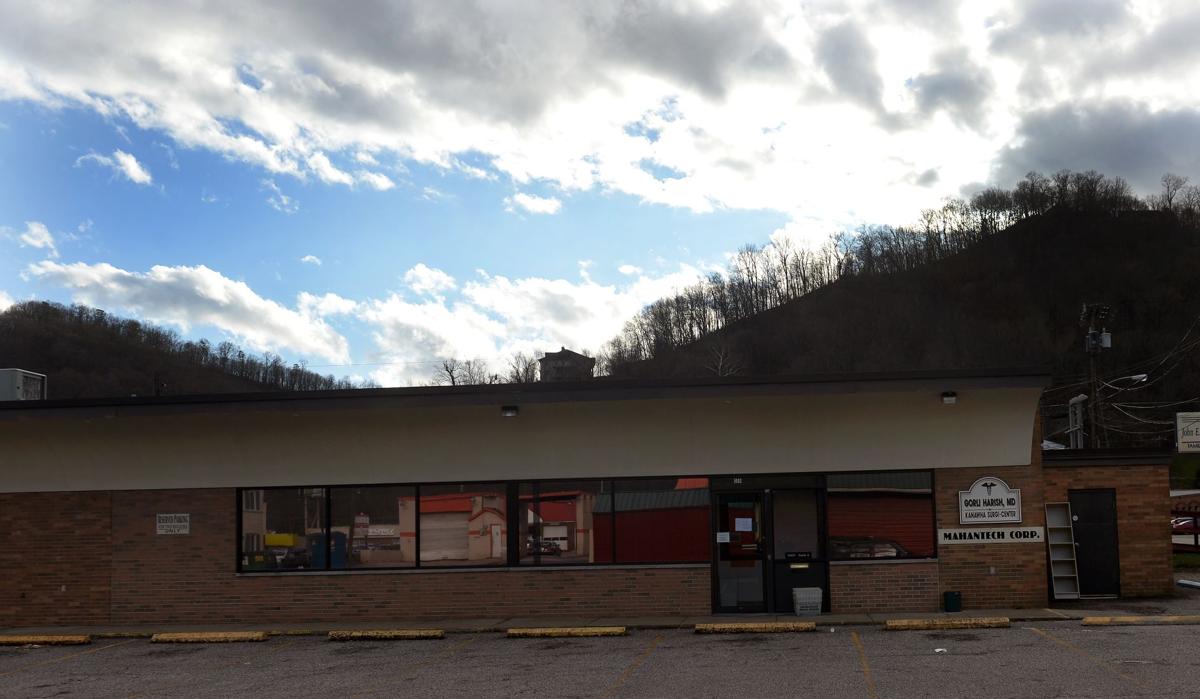 Kanawha Surgicenter, one of only two abortion clinics in West Virginia, closed its Kanawha City office earlier this week. 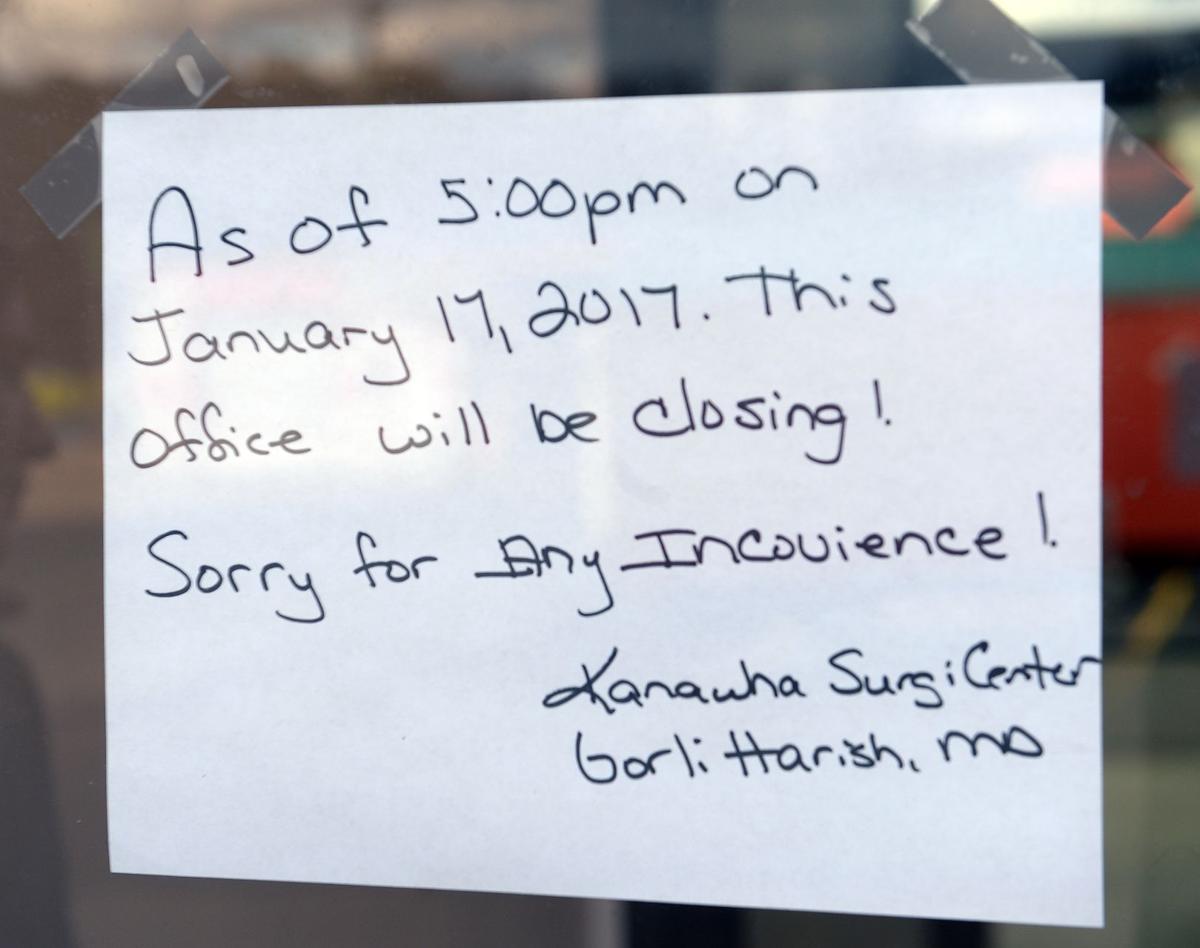 A note on the door of Kanawha Surgicenter alerts clinic-goers that it had closed as of Tuesday. 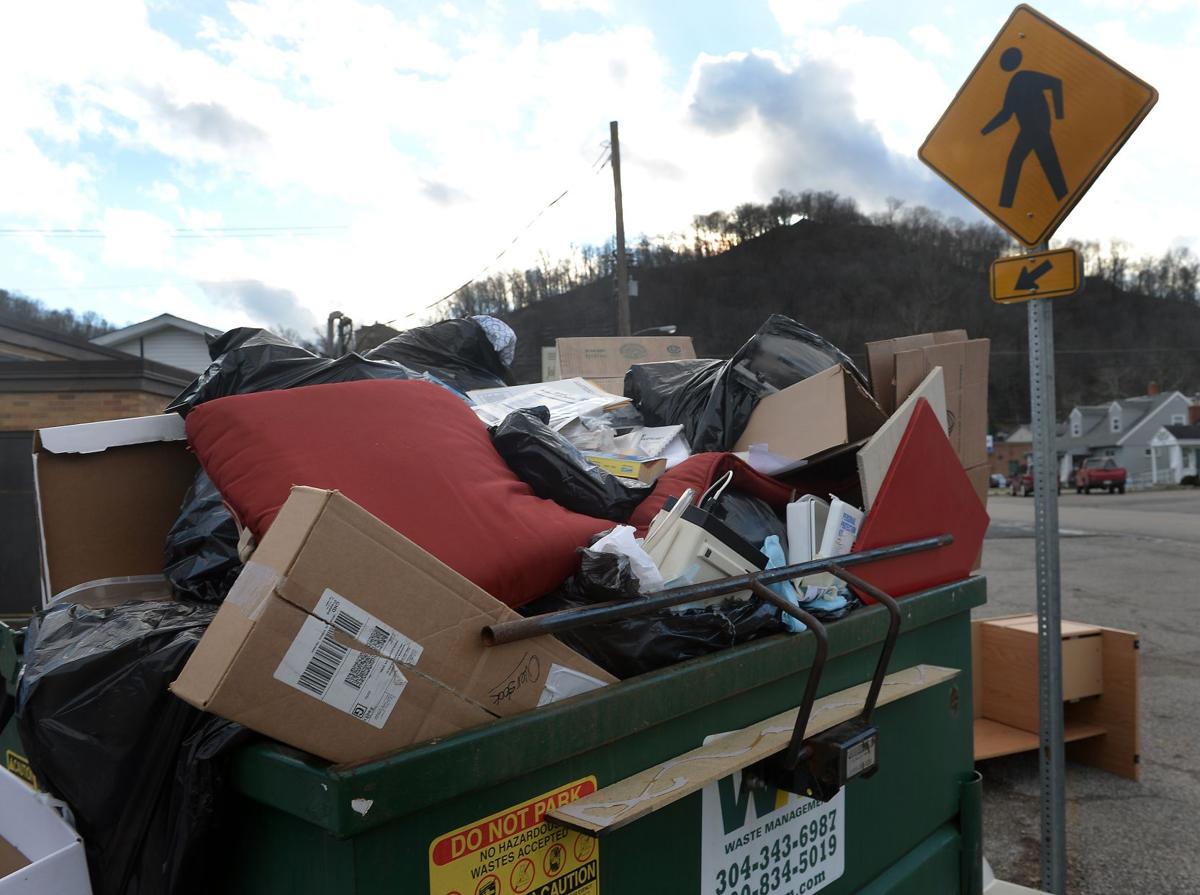 Office and medical equipment are piled into a Dumpster outside Kanawha Surgicenter, which closed it Kanawha City office this week.

Kanawha Surgicenter, one of only two abortion clinics in West Virginia, closed its Kanawha City office earlier this week.

A note on the door of Kanawha Surgicenter alerts clinic-goers that it had closed as of Tuesday.

Office and medical equipment are piled into a Dumpster outside Kanawha Surgicenter, which closed it Kanawha City office this week.

West Virginia women who want an abortion are down to only one in-state choice now, as one of the state’s only two abortion clinics closed its doors earlier this week.

Kanawha Surgicenter closed as of 5 p.m. Tuesday, according to a note posted on the door of the clinic in Charleston’s Kanawha City.

A woman who answered Dr. Gorli Harish’s phone and said she is his wife said the family moved to California two years ago to be closer to their children and grandchildren. The doctor had been commuting to Charleston once a month to perform procedures and no longer wished to make the regular trips, she said.

With Kanawha Surgicenter’s closure, the only other abortion provider in the state is the Women’s Health Center, on Charleston’s West Side.

An abortion-rights advocate decried the closure.

“Now that we are down to only one provider, it’s more important than ever that we stand together to protect this critical access,” Chapman Pomponio said.

Chapman Pomponio’s comments came the same day she and other staff members and supporters of WV Free were making the trip to Washington, D.C., for the Women’s March on Washington. Coming the day after President Donald Trump’s inauguration, she and others plan to march for reproductive rights and other issues.

“No matter how one may personally feel about abortion, we should all be able to agree that women and girls deserve to be safe,” Chapman Pomponio said. “Women’s Health Center in Charleston is a safety net. WV FREE and the women’s health community calls on our elected leaders to protect what little access West Virginia women have left.”

Friday evening, a dumpster outside the clinic was piled high with boxes and bags of medical supplies from the facility. Furniture sat outside the dumpster. A man was going through the refuse, pulling syringes from a bag.

The woman who said she’s Harish’s wife said that medical records had already been shredded and were not among the waste from the clinic.

Abortion has been legal throughout the United States since the U.S. Supreme Court’s decision in Roe v. Wade in 1973, but lawmakers in many states have passed laws that make it more difficult for women to obtain abortions and for abortion providers to operate.

In West Virginia, legislators in 2014 outlawed abortion after a fetus gestates for 20 weeks. Last year, they outlawed the most common procedure for second-trimester abortions, which abortion opponents have dubbed “dismemberment.”

A report this week from the Guttmacher Institute, which supports abortion rights, said the rate of abortions in the United States fell in 2014 to its lowest level since Roe v. Wade — 14.6 abortions per 1,000 women of childbearing age. Abortion rights supporters credit better access to contraception for women, while abortion opponents say the dropping abortion rate shows state restrictions are working.