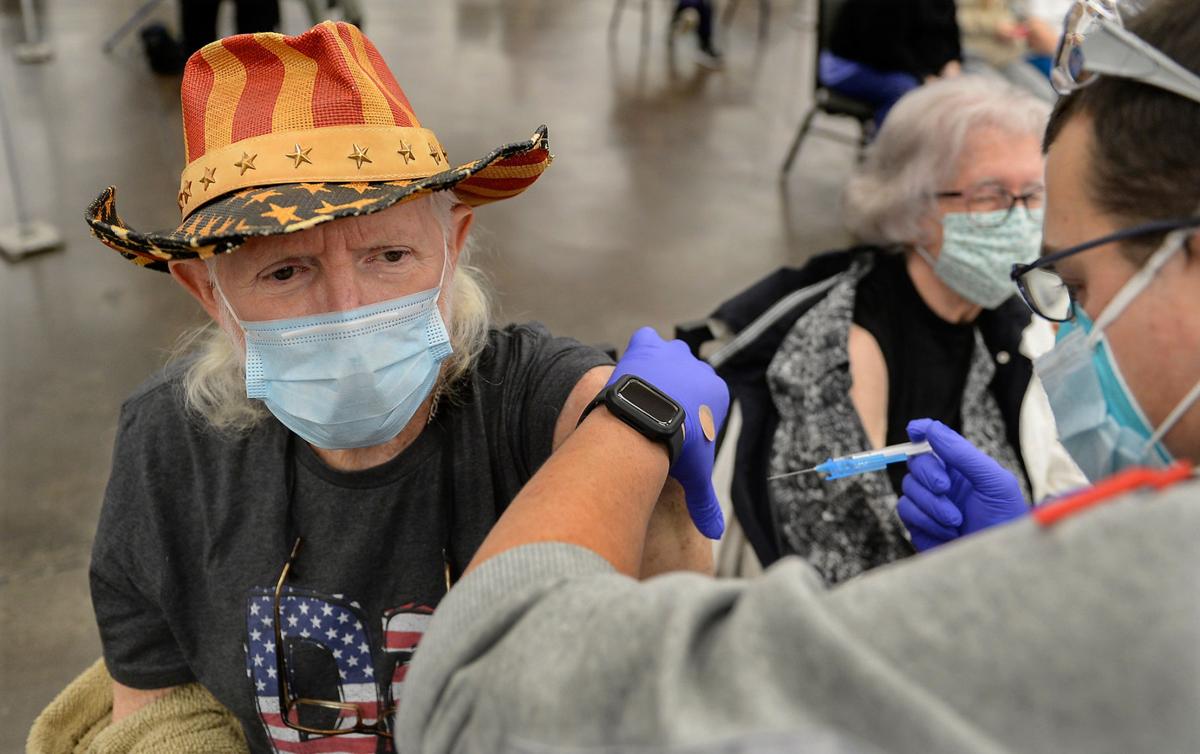 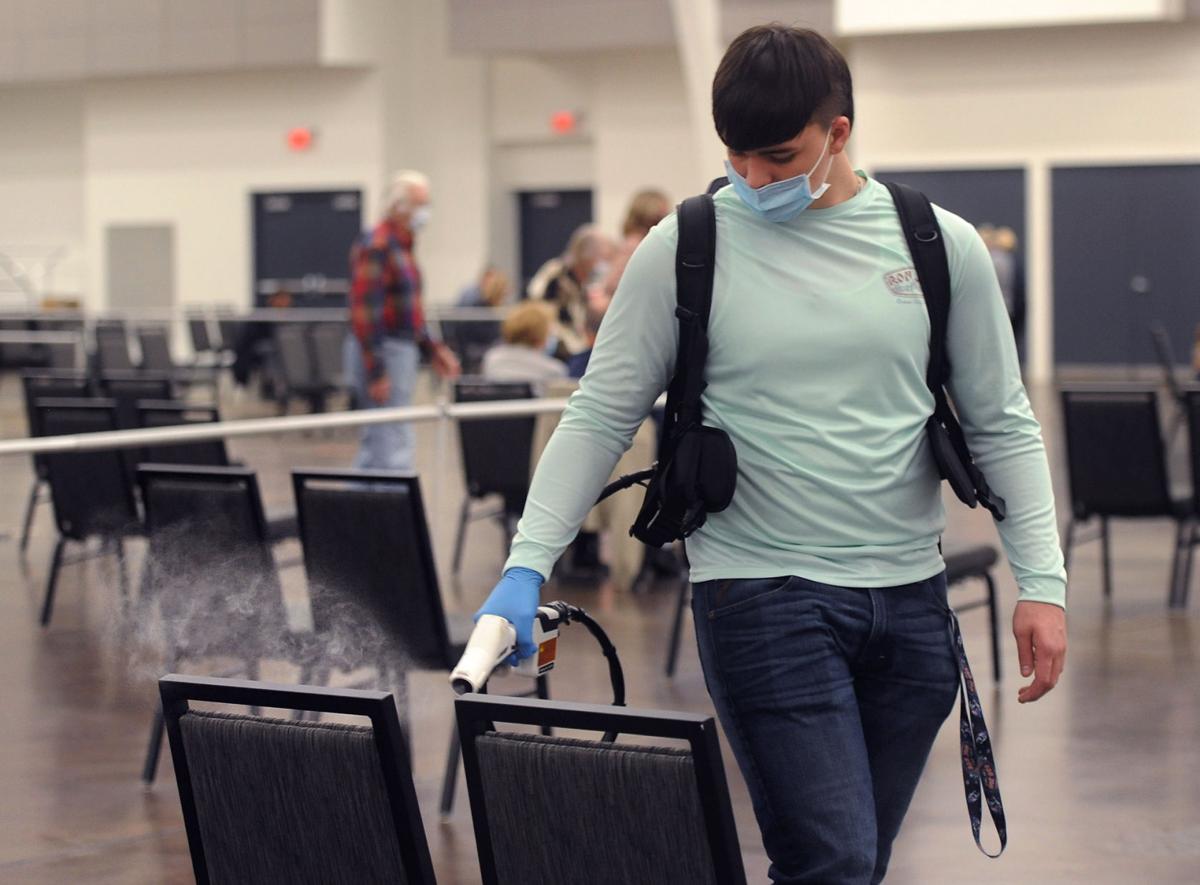 Mason Atkinson of the Kanawha County Commission sprays disinfectant on chairs between use by people receiving COVID-19 vaccinations at the Charleston Coliseum & Convention Center on Friday. 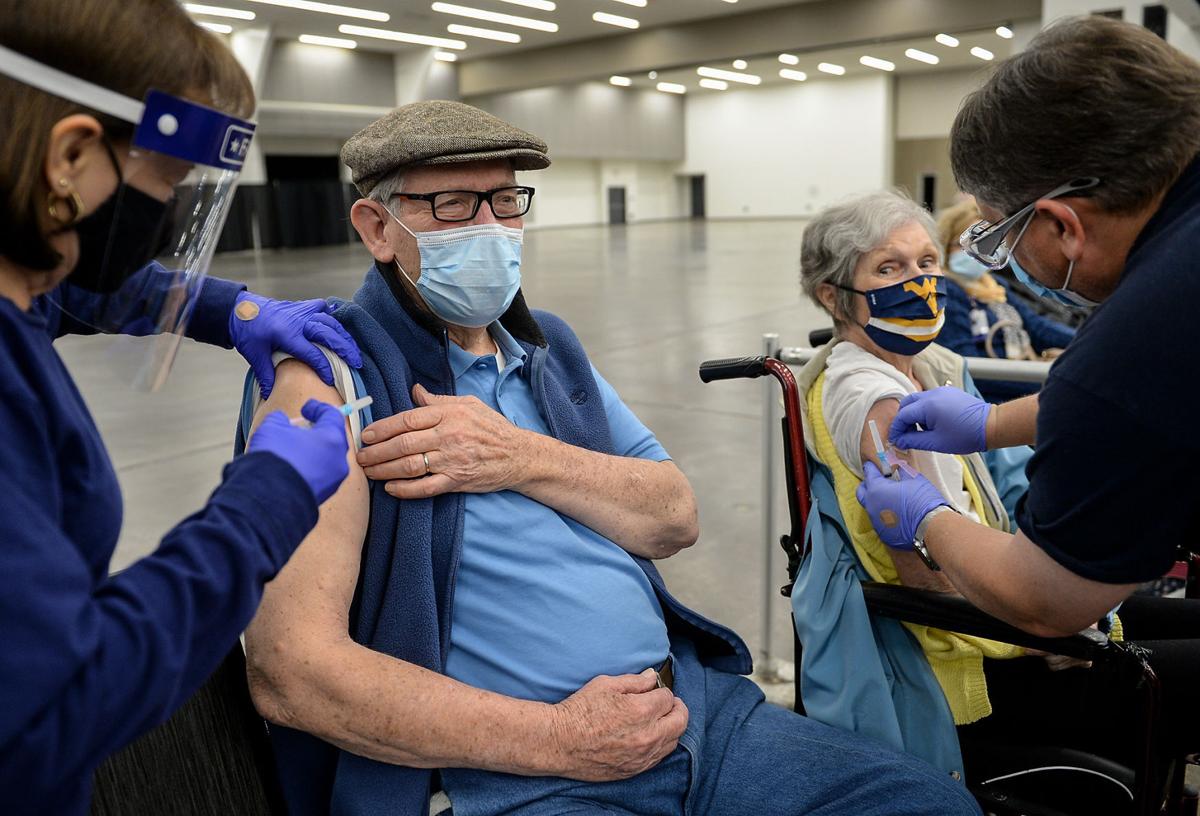 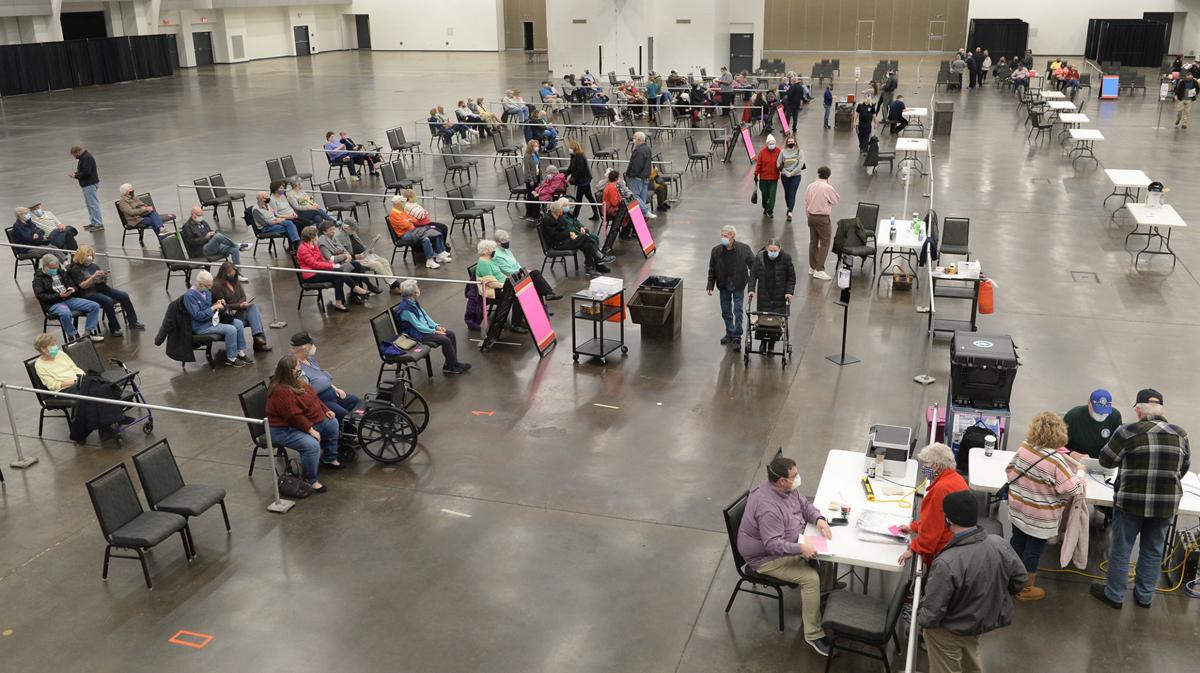 People wait in socially distanced chairs for their turn to receive COVID-19 vaccinations Friday at the Charleston Coliseum & Convention Center.

Mason Atkinson of the Kanawha County Commission sprays disinfectant on chairs between use by people receiving COVID-19 vaccinations at the Charleston Coliseum & Convention Center on Friday.

People wait in socially distanced chairs for their turn to receive COVID-19 vaccinations Friday at the Charleston Coliseum & Convention Center.

Before the pandemic, Dorothy Landers came to work every day as a ticket-taker at the Charleston Coliseum & Convention Center.

For months, though, as events have been postponed and canceled due to COVID-19, the 85-year-old Charleston woman has mostly been at her home.

“It’s depressing. You get lonely and bored, staying in every night, not doing anything new,” Landers said. “I want to get back to some normal, my normal. I don’t want to be scared when I have to leave my house.”

On Friday, Landers stood in a line in the Convention Center’s Grand Lobby, just feet away from where she once worked, waiting for her turn to receive the COVID-19 vaccine.

She was a bit nervous, she said, and didn’t know quite what to expect. That wasn’t going to stop her, though.

“I suppose I’m a bit afraid of the unknown, but not afraid enough to keep living like this,” Landers said. “It’s worth it.”

Landers lives with her daughter, who doesn’t have a driver’s license. When groceries need to be picked up or errands run, Landers is responsible. It’s been stressful, she said, knowing the kind of risks waiting for her when she leaves home.

Now, as COVID-19 vaccines have been made available to those 80 years and older, as well as health care workers, first responders and nursing home residents, Landers is looking forward to getting back to normal, “whatever that is now,” she said.

“I think everyone should take the vaccine, and I’m sure a lot of people are anxious, kind of afraid, like I am, too,” Landers said. “I hope that doesn’t stop people. I want to get back to things, get back my life. See friends, catch up, be together. I’m sure everyone does.”

Friday’s vaccination clinic was run by the Kanawha-Charleston Health Department and the Kanawha County Emergency Ambulance Authority. People from both agencies, as well as volunteers from the University of Charleston’s pharmacy program, administered hundreds of vaccine doses to people over 80, as well as to health care workers and those responsible for the continuity of government.

Staffers gave the vaccines in the Convention Center’s North Hall, where chairs were set up in sections split by which vaccines the individuals were receiving. Some were administering vaccines to people unable to come into the building through their car windows in the facility’s parking lot.

After people received the vaccinations, they were asked to sit and wait 15 minutes before leaving to ensure that they had no adverse reactions. Once they left, the empty section of chairs was sprayed down and sanitized to protect the next people who would sit there.

The vaccinations were by appointment only, and appointments — like others offered by different agencies across the state — filled quickly.

Tom Cloer, an 81-year-old who lined up to receive the vaccine Friday, said he was determined to land an appointment when he was told they’d be available. Calling several times, Cloer wasn’t able to get through to the health department, he said. Then, one time more, he did.

Cloer said he has friends who haven’t been as lucky to get through, but he knoews they’ll continue trying. As distribution develops, Cloer said, he’s interested to see how health departments and other agencies, like the KCHD, will cope.

“I’m curious how they’ll get all this done, vaccinating everyone, then getting it [the second doses] out, too. It could be a logistical mess, if you ask me,” Cloer said. “I’m glad they [health department staffers] have that job and not me.”

Mary Jones, 86, waited in line at Friday’s vaccination clinic in a wheelchair pushed by her daughter, Dianna Roberts. Jones lives alone, and the pandemic has been nothing but isolating for her.

Since the pandemic began, Jones has been unable to see her grandchildren or great-grandchildren.

It’s been difficult, not just for Jones, but for Roberts and the rest of her family, as well.

“Everyone misses everyone,” Roberts said. “It’s exciting that won’t be the case forever, hopefully for not much longer.”

The family already has big plans scheduled for when it’s safer to gather and when the weather warms.

“We’re going to have a huge picnic. We’re already planning it, and everyone’s excited,” Roberts said. “We’re waiting for that day, but it feels much closer today.”