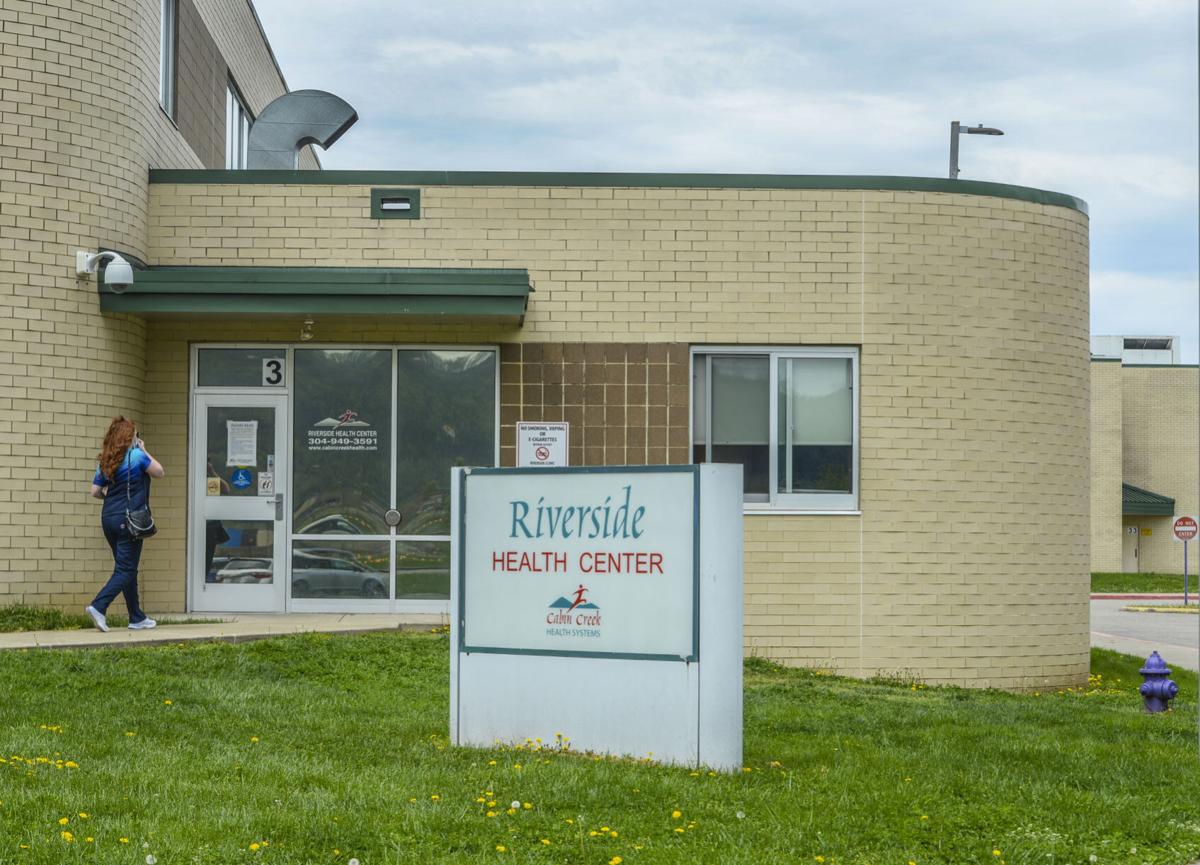 Riverside Health Center, a school-based clinic at Riverside High School, run by Cabin Creek Health Systems. Cabin Creek will receive $3.5 million from the American Rescue Plan and intends to invest some of that into refurbishing and potentially expanding their school-based health centers, like the one at Riverside in Belle. 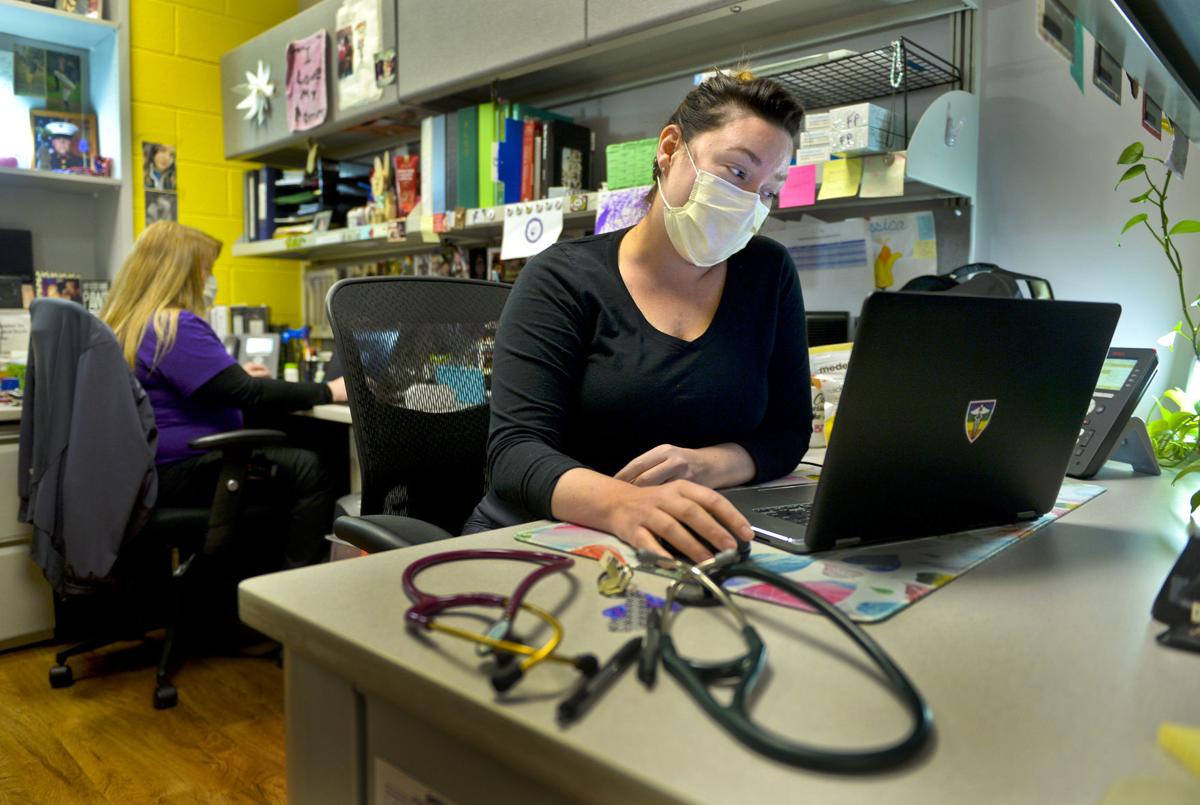 Dr. Jessica McColley gets ready for a telemedicine call on her computer in her office at the Riverside Health Center, in Belle.

Riverside Health Center, a school-based clinic at Riverside High School, run by Cabin Creek Health Systems. Cabin Creek will receive $3.5 million from the American Rescue Plan and intends to invest some of that into refurbishing and potentially expanding their school-based health centers, like the one at Riverside in Belle.

Dr. Jessica McColley gets ready for a telemedicine call on her computer in her office at the Riverside Health Center, in Belle.

Nearly $83 million in American Rescue Plan money has been distributed among 28 community health centers across West Virginia, according to the federal Department of Health and Human Resources.

Many of these health centers serve impoverished communities. Some in more rural areas provide central community health resources for locals.

“We’re in the most remote part of Southern West Virginia — maybe even the whole state — and we see patients regardless of their ability to pay,” said Tim Crofton, chief executive of Tug River Health Association, which operates five health centers in McDowell and Wyoming counties. “There are a lot of people here who can’t pay, but they need these services nonetheless. That’s even more true now, after a year in this pandemic.”

Tug River Health Association will receive almost $1.3 million. For a small clinic system in a rural area, that kind of money makes a difference, Crofton said.

He said Tug River hasn’t decided how the money will be spent. The program is aimed at expanding COVID-19 vaccinations, testing and treatment for “vulnerable populations.” The money can be used to expand health centers’ services and infrastructure, as well as for community education.

“What we’re doing right now is addressing the needs we’ve seen in Southern West Virginia over the last few months,” Crofton said. “Some will probably go toward supporting our mobile health unit, which we just started. Then, of course, there’s staffing — and so many, really so many, other things we could use it for.”

Individual awards span from $642,000 to Mountaineer Community Health Center in Paw Paw to more than $11 million to Valley Health Systems in Huntington, according to the DHHS.

The money also will help the system recover costs incurred during the pandemic.

Cabin Creek has distributed more than 10,000 vaccines, accepting no insurance reimbursements, in hopes of making it simple to get a dose.

“Having money come in, it makes up for some of that, certainly,” Cabin Creek Executive Director Craig Robinson said.

Crofton said he hopes to see some money invested in community education on vaccines.

“People are still afraid to come out,” Crofton said. “They’re not really certain of the efficacy of the vaccine. We’re trying to point out the pros and cons of the vaccine, then they can make up their own minds. But we think it’s valuable to try to educate.”

Crofton said behavioral health will be a focus of the clinic system.

“We already have some programs, but we want something to help people cope with the last year,” Crofton said. “Those who have lost loved ones, who struggled in isolation, who are having a hard go of it — we need to have resources for them.”

Amid the pandemic, overdose rates have increased, according to the West Virginia Office of Drug Control Policy. Experts said relapses also have increased.