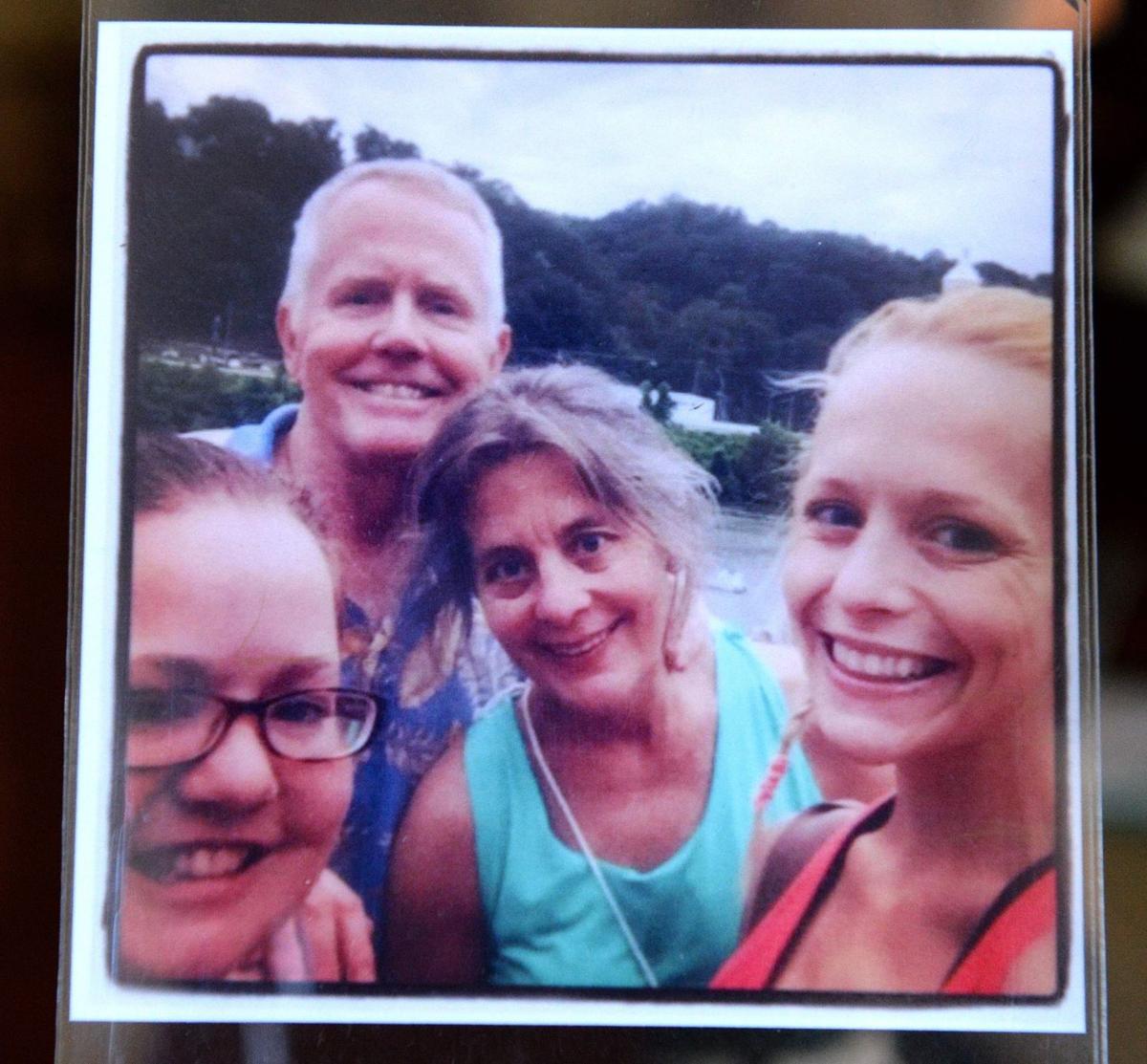 Jessie Grubb (right) poses with her parents and one of her four sisters in Charleston last summer. Jessie died on Wednesday, at age 30. Jessie’s story has been credited with personally affecting President Obama’s thinking on the opioid epidemic in the U.S. 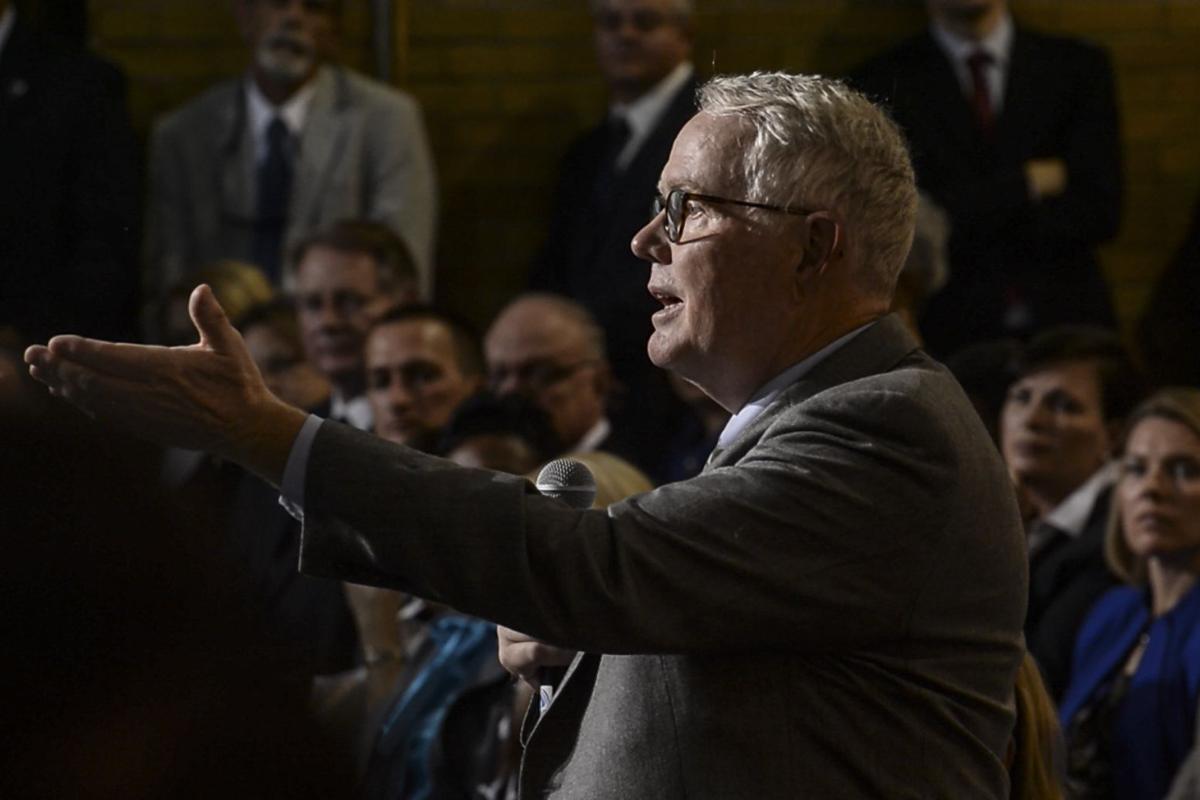 During President Barack Obama’s visit to Charleston last year, David Grubb addressed the president regarding his daughter, Jessie, who had been struggling with heroin addiction. Jessie Grubb died on Wednesday.

Jessie Grubb (right) poses with her parents and one of her four sisters in Charleston last summer. Jessie died on Wednesday, at age 30. Jessie’s story has been credited with personally affecting President Obama’s thinking on the opioid epidemic in the U.S.

During President Barack Obama’s visit to Charleston last year, David Grubb addressed the president regarding his daughter, Jessie, who had been struggling with heroin addiction. Jessie Grubb died on Wednesday.

Jessica Grubb, a Charleston woman whose battle with heroin addiction has been credited with personally affecting President Barack Obama and changing his thinking on the nationwide opioid epidemic, died Wednesday in Michigan. She was 30 years old.

The cause of death is unknown, pending an autopsy. She had surgery for an infection last week and died the day after leaving the hospital, her parents said.

“I’m so sad, my world will never be the same,” her mother, Kate Grubb, wrote.

“She was doing so, so well,” her father David Grubb said, adding that she had been sober since August. “She was just a great personality and a person we’re really glad we got to know.”

Jessie Grubb was featured in a Gazette-Mail story last year on the roots of the opioid epidemic, just before Obama’s visit to Charleston last October.

Her parents were then invited to the town hall with the president in the East End of Charleston, where her father talked about Jessie’s, and their family’s, struggle with addiction.

“The last time we were in this room was when our daughter was in the eighth grade here at Roosevelt and was a cheerleader,” David Grubb told Obama. “She made good grades, she was socially involved, her future was bright. But ... her life got put on hold for a long time.”

Jessie Grubb scored in “the 99th percentile” on all her tests, her mother said. She got suspended from Capital High School just once — when she led several classmates to walk out of class, in protest of the first day of the Iraq War.

“On a day like this, business should not go on as usual,” she said that day in March 2003.

She loved theater, was a voracious reader and more recently was an avid runner, her parents said.

But by the time of Obama’s visit, Jessica Grubb had been battling heroin addiction for nearly seven years. She had gone through rehab three times, which was successful, until it wasn’t.

She was in Ann Arbor, Michigan, for a fourth stint in rehab during Obama’s visit last fall.

She watched on a live video stream as her father told the president about her struggle with addiction.

“She cried and said it was both hard to watch and also heartwarming to watch,” David Grubb said last fall. “‘My God, the president’s talking about me;’ on the other hand, you’re thinking, ‘Oh, my God, what a terrible situation.’”

David Grubb told the president about their family.

“My wife and I, we have five daughters,” David Grubb, a former state legislator and founder of the West Virginia Citizens Action Group, said that afternoon. “Mr. President, you might relate a little bit to that.”

“I can relate to that,” Obama said, laughing. “I don’t know how you did five, two keeps me busy.”

David Grubb told Obama about how they found Jessie last August, tourniquet on her arm, turning blue from an overdose. CPR from her mother and the quick response of police and EMTs saved her life.

Last month, the Huffington Post reported that Obama’s trip to Charleston, and particularly his discussion with David Grubb, changed his thinking on the opioid epidemic, made him grasp just how widespread and crushing it had become.

“He got very emotional,” an unnamed White House official told the Huffington Post of Obama’s talk with David Grubb. “You’re in this deep-red [conservative] environment, but people are just opening up their hearts on this. [The president] sort of was taken aback at how candid people were talking about this.”

In February, Obama proposed $1.1 billion in new funding to battle the opioid epidemic, most of it for new treatment programs, part of the effort to answer David Grubb’s question.

“We are just so grateful that you’re willing to share your story,” Obama told the Grubbs and another mother last fall. “It will save lives. And we want you to know that you’re in our thoughts and prayers.”