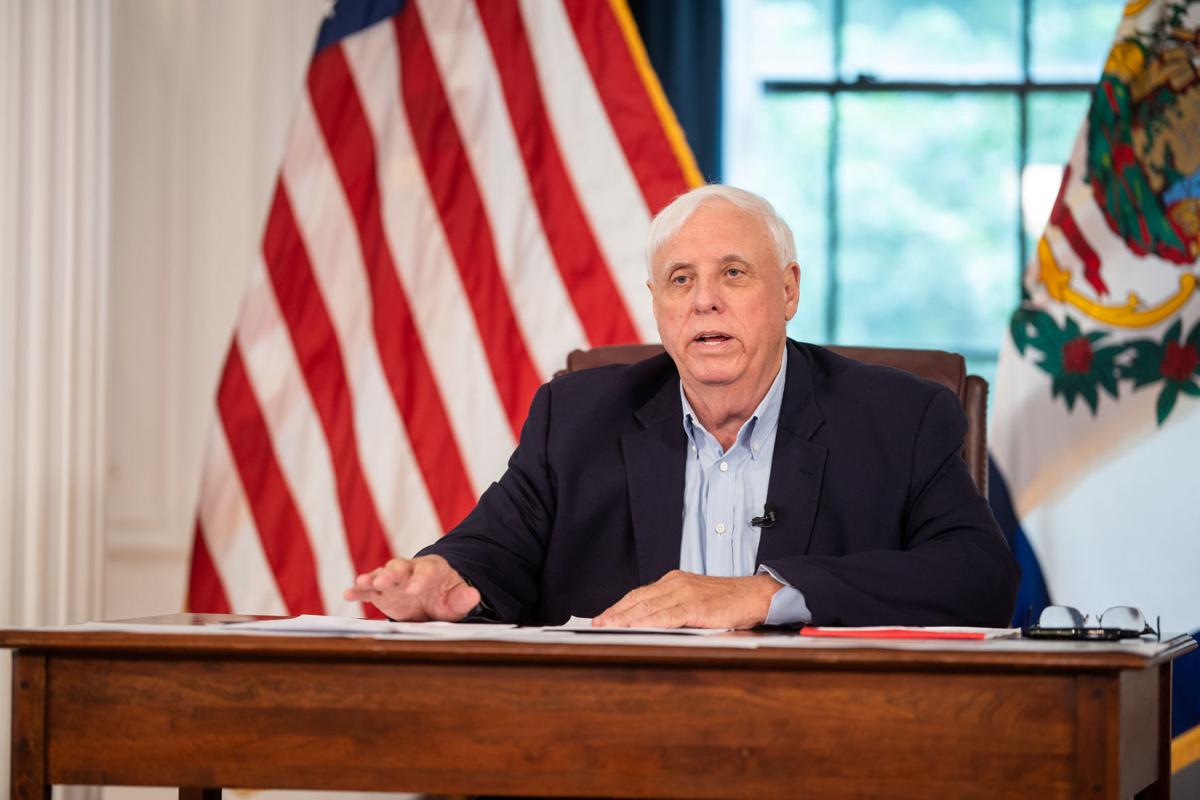 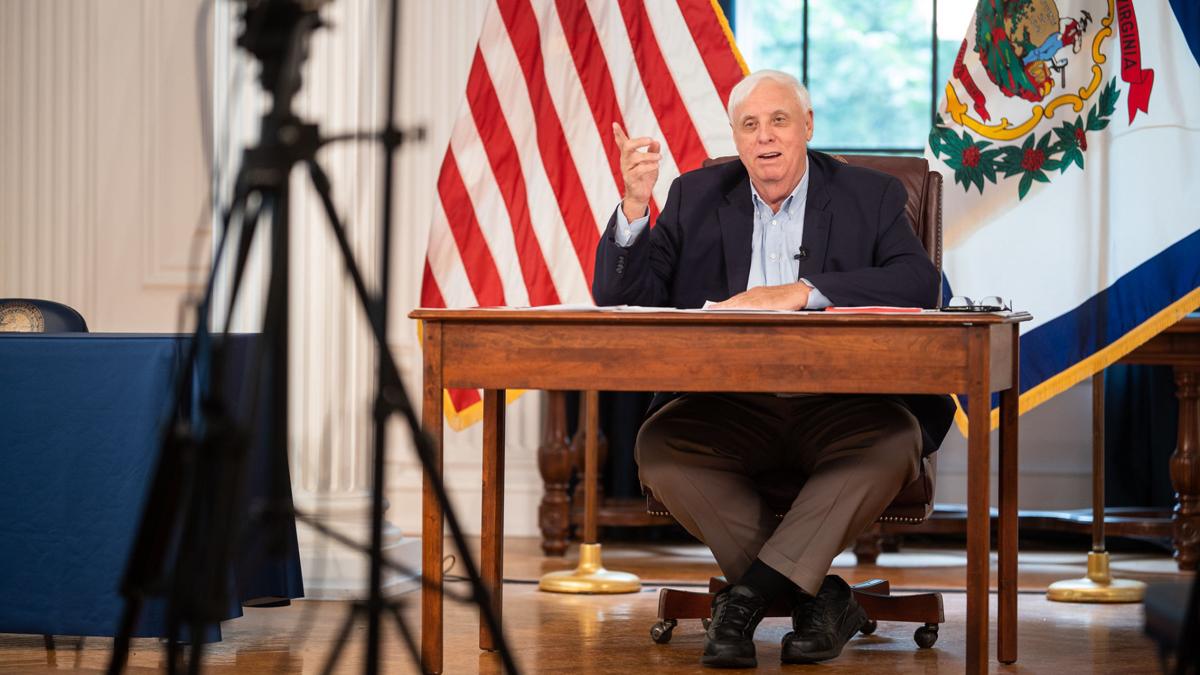 A former capital investment firm is a “bad, bad actor,” Gov. Jim Justice said one day after a report detailed how a corporation he and his family own owes the firm’s investors almost $700 million.

Justice confirmed Tuesday that he and his family likewise have accused Greensill Capital of committing fraud and breaching their contract with his company in a lawsuit filed in federal court in the Southern District of New York on March 15, 10 days before Greensill filed for bankruptcy in the same court district.

Greensill, headquartered in the United Kingdom, filed for bankruptcy after it lost insurance coverage that backed up its loans, The Journal reported.

Justice had not read The Journal report, he said during his COVID-19 news conference Tuesday, when at least three local news outlets asked the governor about his nongovernmental dealings.

“The thing I think that you’ve got to remember is just this: We didn’t do anything wrong,” Justice said. “Greensill is the one that’s a bad actor.”

Justice said he “personally did guarantee the loans” from Greensill, meaning the governor is personally liable for repaying the loans from the now-defunct company.

Greensill loaned Bluestone $850 million as part of a deal the companies made in May 2018, according to the lawsuit Justice and his family filed against the company. The Journal estimated Justice’s net worth at $450 million in Sunday’s report.

“We’re not going to let Greensill get by with just doing bad stuff,” Justice said Tuesday.

Gov. Justice, his wife, Cathy, and their son and chief executive officer of Bluestone Resources, James C. Justice III (known as Jay), are named as plaintiffs on the lawsuit, along with other Justice family companies Bluestone Coal Sales Corp. and Blackstone Energy Ltd.

Bluestone Resources is a Delaware corporation with headquarters in Roanoke, Virginia.

In the lawsuit, the Justices accuse Greensill of breaching their 2018 contract, fraud, breach of fiduciary duties and conspiracy as part of a scheme against the Justice companies to possibly gain control of Bluestone Resources to then sell the company to Credit Suisse.

As of Tuesday, Justice’s family had not provided proof that they had served Greensill in the case, according to court records.

U.S. District Judge Jesse Furman issued an order on May 24 saying the Justices had until May 27 to file proof that Greensill had been notified of the lawsuit.

Furman said that, if his office does not receive communication from the Justices and Bluestone by June 21, he will dismiss the case.

As of Tuesday, no documents had been filed in the case since May 26, when the Justices’ attorneys were served with Furman’s order, according court records.

On Tuesday, Gov. Justice said he began dealing with Greensill in 2018, a little more than three years after repurchasing his coal companies from Russian-based Mechel Bluestone for $5 million in February 2015, after selling the companies to the Russian entity for $436 million in 2009.

He blamed the Russian company for leaving Bluestone “melted down to nothing” and owing millions in taxes and open to liabilities with unions and company vendors.

The governor praised Jay Justice for the work he’s done as CEO of the family company, saying they knew it would take “hundreds and hundreds of millions of dollars” to rebuild it.

“We absolutely took back over and have been rebuilding Bluestone back,” the governor said. “Greensill was doing the lending, and then Greensill, out of the clear blue nowhere, out of nowhere whatsoever that we could have known in any way, took bankruptcy.

“It is a burden on our family beyond belief, and we’ll have to deal with it.”

In a Bloomberg opinion piece in March, columnist Matt Levine described Bluestone’s dealings with Greensill as “a payday loan for a job Bluestone hadn’t yet applied for,” as Greensill provided Bluestone with money that would be repaid through prospective work and sales, sometimes with businesses with which Bluestone had no working relationship.

Justice, who has been criticized for not divesting himself from his companies since West Virginians first elected him in 2016, met with Greensill representatives in West Virginia, usually in White Sulphur Springs, where the Justice family’s The Greenbrier resort is located.

The governor and Jay Justice first met with Greensill representatives, including vice chairman Roland Hartley-Urquhart, at The Greenbrier in May 2018, according to the lawsuit filed in federal court in the Southern District of New York in March. That meeting took place about a 1 1/2 years into Jim Justice’s first term as governor.

Throughout the lawsuit, Justice’s attorneys refer to him as JCJ II, and they refer to Jay Justice as JCJ III.

In the lawsuit, Justice said he had “frequent phone calls” with Hartley-Urquhart between March 2020 and September 2020 as the duo negotiated Greensill extending funding to Bluestone amid the COVID-19 pandemic.

During those same months he was negotiating with Greensill, Justice was fighting a lawsuit in the West Virginia Supreme Court that claimed he was violating the state constitution by not living in Charleston and governing from his home in White Sulphur Springs while still being heavily involved in his family businesses.

In December, the West Virginia Supreme Court handed down a ruling saying that, where the state constitution says an official must “reside” somewhere once they’re elected, that person is meant to make that place their “home base.”

In February, Justice settled the 2-year-old case by agreeing to live in Charleston and pay $65,000 to Isaac Sponaugle, a Pendleton County attorney and former member of the West Virginia House of Delegates, who litigated the case against Justice as a private citizen.

Speaking from the Governor’s Office in the Capitol Complex on Tuesday, the governor said that, from the standpoint of his family’s private businesses, they would “continue to do exactly what we’ve done in the past,” and doubled down on saying Greensill was a bad actor.

“That will all come out as we go forward,” Justice said. “It is terribly unfortunate, and it’s something our family has to deal with. I know from the standpoint of those in the media, they love to throw rocks and everything. I’m going to go on about being governor. I hate to say it this way, but I’m not going to pay a bit of attention to it. We’ll get through this and, hopefully, things will be better with the end result. Hopefully, we’ll be happy with the end result.”