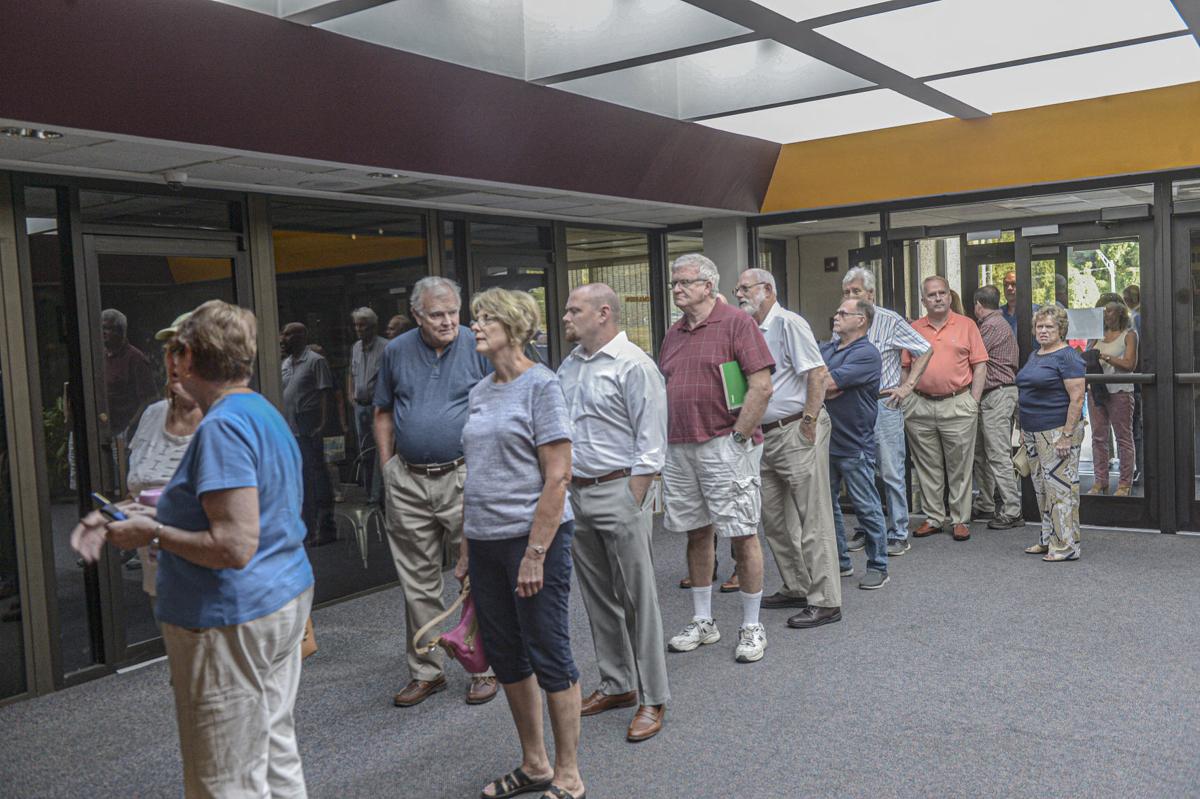 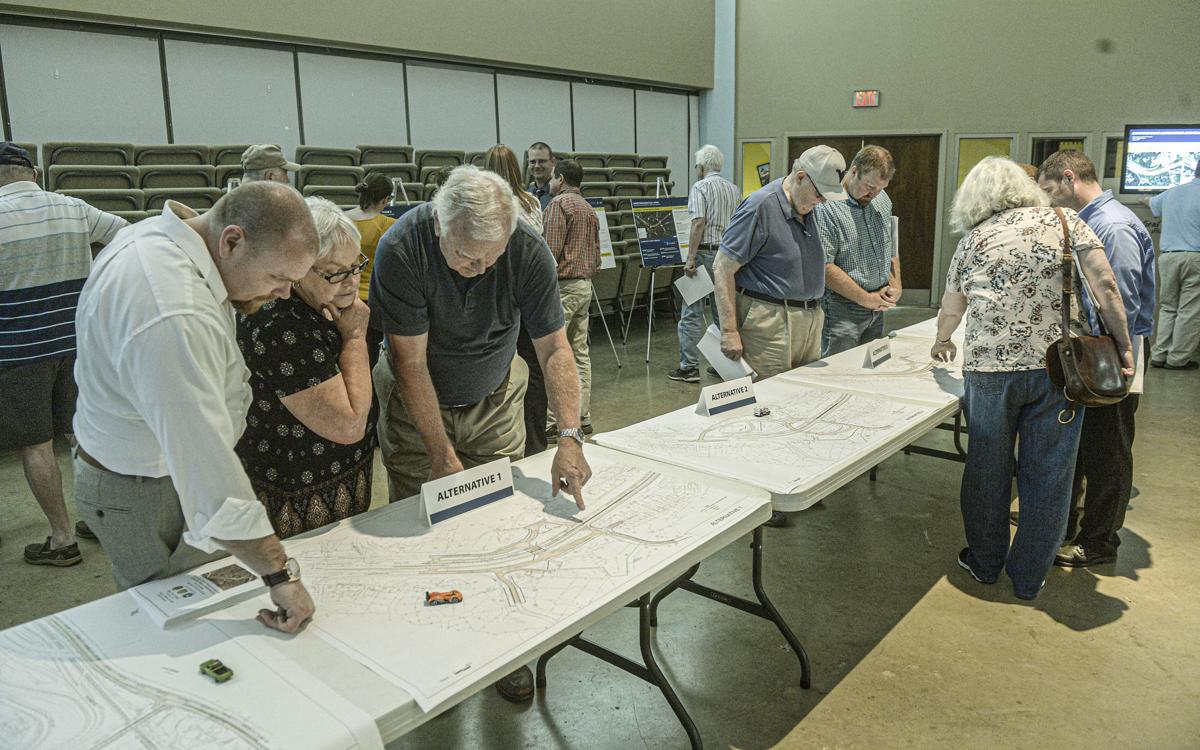 The Division of Highways has a meeting with local residents on Thursday to discuss proposed projects to address traffic concerns on Corridor G. The meeting was at Bible Center School on Oakhurst Drive, in Charleston.

The Division of Highways has a meeting with local residents on Thursday to discuss proposed projects to address traffic concerns on Corridor G. The meeting was at Bible Center School on Oakhurst Drive, in Charleston.

Plans to address traffic congestion and safety issues along U.S. 119/Appalachian Corridor G between MacCorkle Avenue and Emerald Road in Charleston were unveiled to the public on Thursday, during an informational workshop hosted by the state Division of Highways.

Twenty minutes into the three-hour event, more than 100 people were already viewing maps, charts and other exhibits detailing the project that had been set up in Bible Center School, which fronts the busy highway. Personnel from the DOH and its consultants were on hand to answer questions and gather public feedback about the project, but no formal presentation was made.

The proposed construction includes a new ramp over Cantley Drive to allow southbound traffic on U.S. 119 entering the highway from Interstate 64 to bypass the stoplight at the intersection of Cantley and U.S. 119.

Alternative 1 — Building an underpass under U.S. 119 and a frontage road that connects Lucado Road to Oakwood Road and Oakhurst Drive. Sherwood Road would be extended from Oakwood Road to Lucado. No pedestrian access is included in the design for this alternative, which would require displacement of two homes. Estimated cost: $24.4 million.

Alternative 2 — Building bridges over U.S. 119 at Oakwood Road and Lucado Roads to bypass the current Oakwood and Lucado intersections. Traffic using those two intersections would be restricted to right turns onto, and off of, U.S. 119. Vehicles needing to make left turns onto, or off of, U.S. 119 would use the overpass bridges. Pedestrian access will be provided by a sidewalk along the Lucado Road overpass. Seven homes and one commercial building would be displaced. Estimated cost: $37.2 million.

Alternative 3 — Building a diamond-shaped interchange at Oakwood Road and a new frontage road on the south side of U.S. 119 to connect the new intersection with Lucado and Oakwood roads. The new interchange would require U.S. 119 to be lowered and flattened at the crest of the 1,200-foot hill on which the proposed interchange would be located. A portion of Lucado would be raised to accommodate an intersection with the frontage road. Five homes and three commercial buildings would be displaced. Estimated cost: $51.5 million.

Alternative 4 — Building an Oakwood Road overpass and a new frontage road on the south side of U.S. 119 to connect Oakwood and Lucado roads. Six homes and one commercial building would be displaced. Estimated cost: $48 million.

Also under consideration by the DOH is a plan to add a third northbound lane to U.S. 119 between Oakwood Road and MacCorkle Avenue, and a third southbound lane from Hickory Road to Oakwood Road, at an estimated cost of $11.8 million. The $2.6 million addition of a dual left-turn lane from U.S. 119 onto Emerald Road is also under review.

A tentative timeline for the project by the DOH shows that environmental clearance is expected by early 2020, with right-of-way activity anticipated to begin by late winter of 2020, followed by the start of construction in 2021.

The first construction likely to take place involves work on what DOH planners determine to be the preferred alternative of the five Oakwood-Lucado Road interchange options, which is included on the governor’s Roads to Prosperity funding list. The preferred alternative will be identified after DOH planners review input from a public comment period that ends on Oct. 21.

In 2007, the DOH held a similar public meeting to address safety and congestion issues on U.S. 119, and developed a plan for a Lucado Road underpass similar to Alternative 1 in the current plan. The 2007 plan was not funded.

Thursday’s informational workshop is considered part of the public involvement requirement needed for an environmental impact analysis of the project. Project details and comment sheets can be found at http://go.wv.gov/dotcomment, and clicking the “comment on engineering project” link and then clicking the Oakwood Road Improvement Project link.