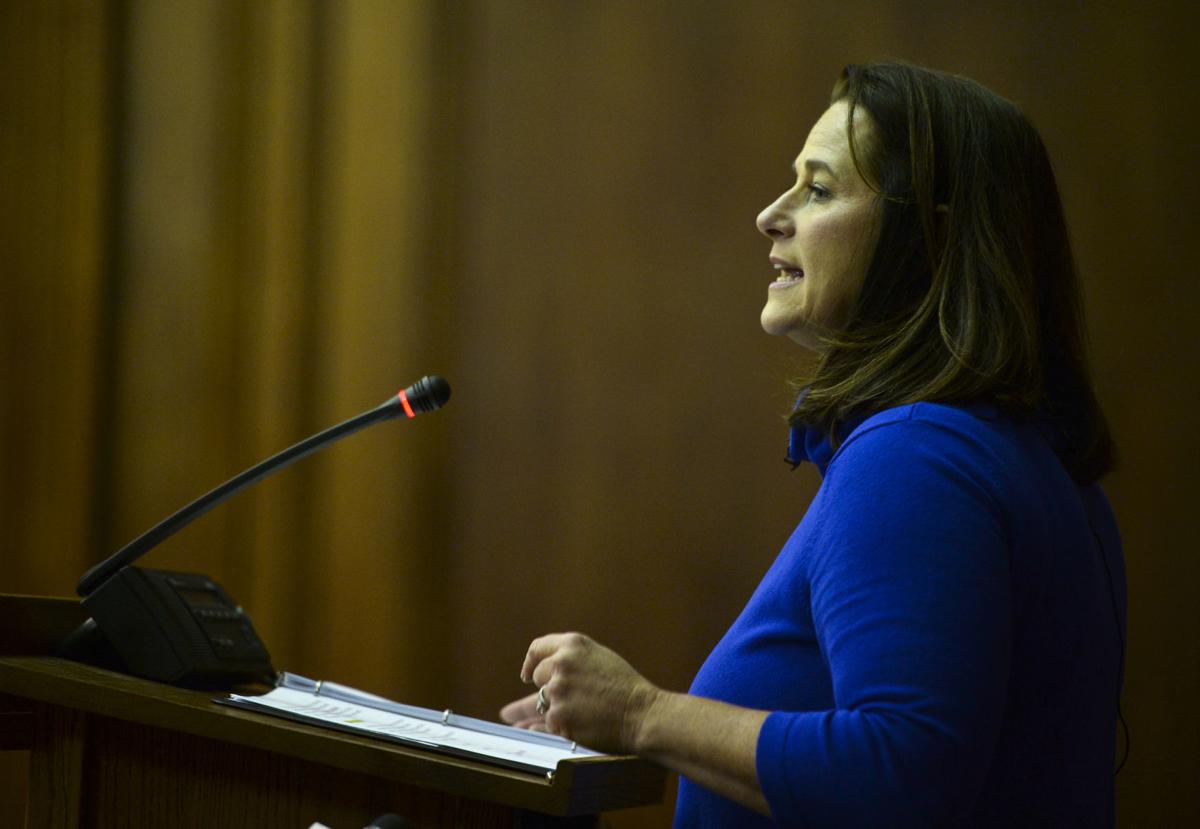 Charleston Mayor Amy Goodwin gives her State of the City address Monday night, marking the beginning of her second year in office. "Through budget deficits, crumbling infrastructure and even two tornadoes, we approached 2019 with unbound optimism,” she said. 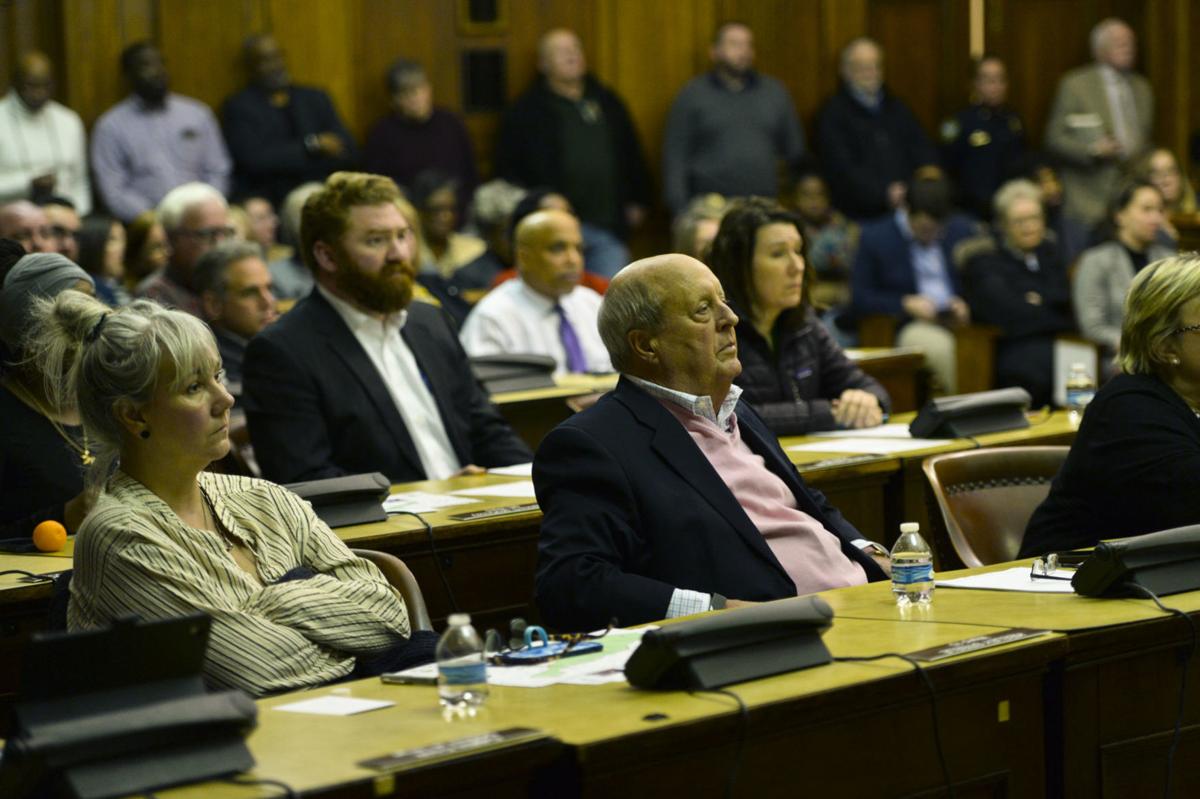 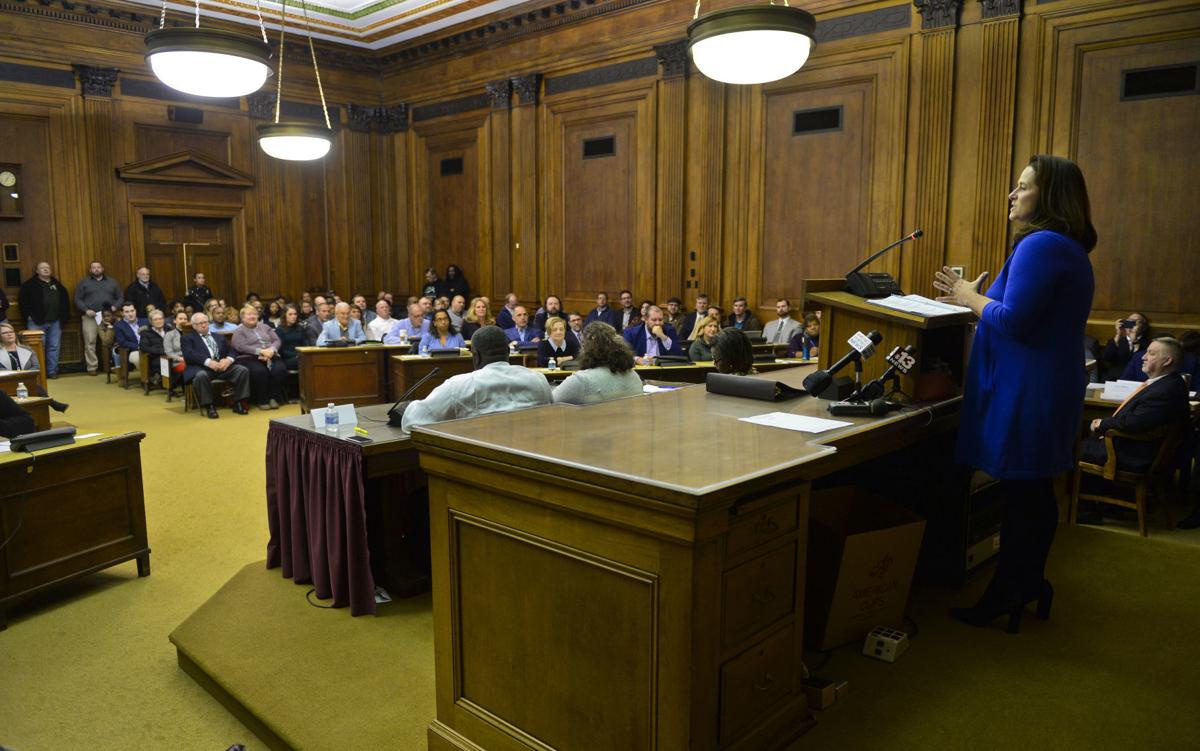 Charleston Mayor Amy Goodwin gives her State of the City address Monday night, marking the beginning of her second year in office. "Through budget deficits, crumbling infrastructure and even two tornadoes, we approached 2019 with unbound optimism,” she said.

Mayor Amy Shuler Goodwin said during her first State of the City address on Monday night that a renewed spirit of community in Charleston is moving the city forward.

One full year into her term, Goodwin kicked off the Jan. 6 Charleston City Council meeting with a nearly 40-minute speech addressing the city’s successes in 2019 and what she’s looking forward to in 2020.

“Through budget deficits, crumbling infrastructure and even two tornadoes, we approached 2019 with unbound optimism,” she said.

Goodwin said the city overcame a $3 million budget deficit last year that didn’t include tax hikes or cuts to the police and fire department funding. She said the city’s savings from last year will be immediately invested in things like the Rainy Day fund, street paving and replacing the lights on Kanawha Boulevard.

The importance of allocating more money to the Rainy Day fund became known this summer when tornadoes touched down in the city in June 2019, she said.

“We doubled the paving budget, paving nearly 17 miles,” she said.

An $800,000 grant was awarded to the city to expand the city’s Quick Response Team, which works to help curb the ongoing opioid epidemic, she said.

The city hired Kevin Johnson, its first homeless outreach coordinator last year. Goodwin praised Johnson for working alongside city police and social service agencies to help assist those experiencing homelessness. Johnson is currently developing a plan that includes a work program for people who are homeless, she said.

Goodwin touted the creation of the city’s first LGBTQ working group as the reason for Charleston’s 26-point bump in its Municipal Equality Index score from the Human Rights Campaign.

In 2020, Goodwin said the city will continue to work with the BridgeValley Community and Technical College to expand its campus to downtown Charleston.

“A move like this would bring more than 1,000 students to our downtown and provide new workforce opportunities,” she said.

The street lights on Kanawha Boulevard are falling down, Goodwin said, and the work to replace them must start now; the project would take up to a few years to complete.

Charleston will look to restart the city’s summer youth jobs program in 2020, she said, with the help of both public and private funds.

“Summer job opportunities can help our young people develop important teamwork skills, foster a great sense of community and provide a platform for being recognized and rewarded for their input,” Goodwin said.

The mayor honored the first Charleston Youth Council during her address, who she said now “have a seat at the table” when making budget decisions that involve Charleston’s young people.

In other business, Council voted unanimously to recognize the Rev. Martin Luther King Jr. by renaming a city street in his honor.

Martin Luther King Jr. Way will now be the honorary name of Court Street. The physical address of buildings on Court Street will not change, and signs honoring the late civil rights leader will be posted underneath existing street signs.

Charleston attorney Katherine “Kitty” Dooley submitted a petition in early October to council to name Court Street after King. After meetings with local business owners and the city Planning, Streets and Traffic Committee, the groups compromised to not remove the name Court Street entirely.

Dooley said during the public comment portion of the meeting that the compromise was made so the history of Court Street and the Triangle District would not be erased, and King could be honored appropriately.