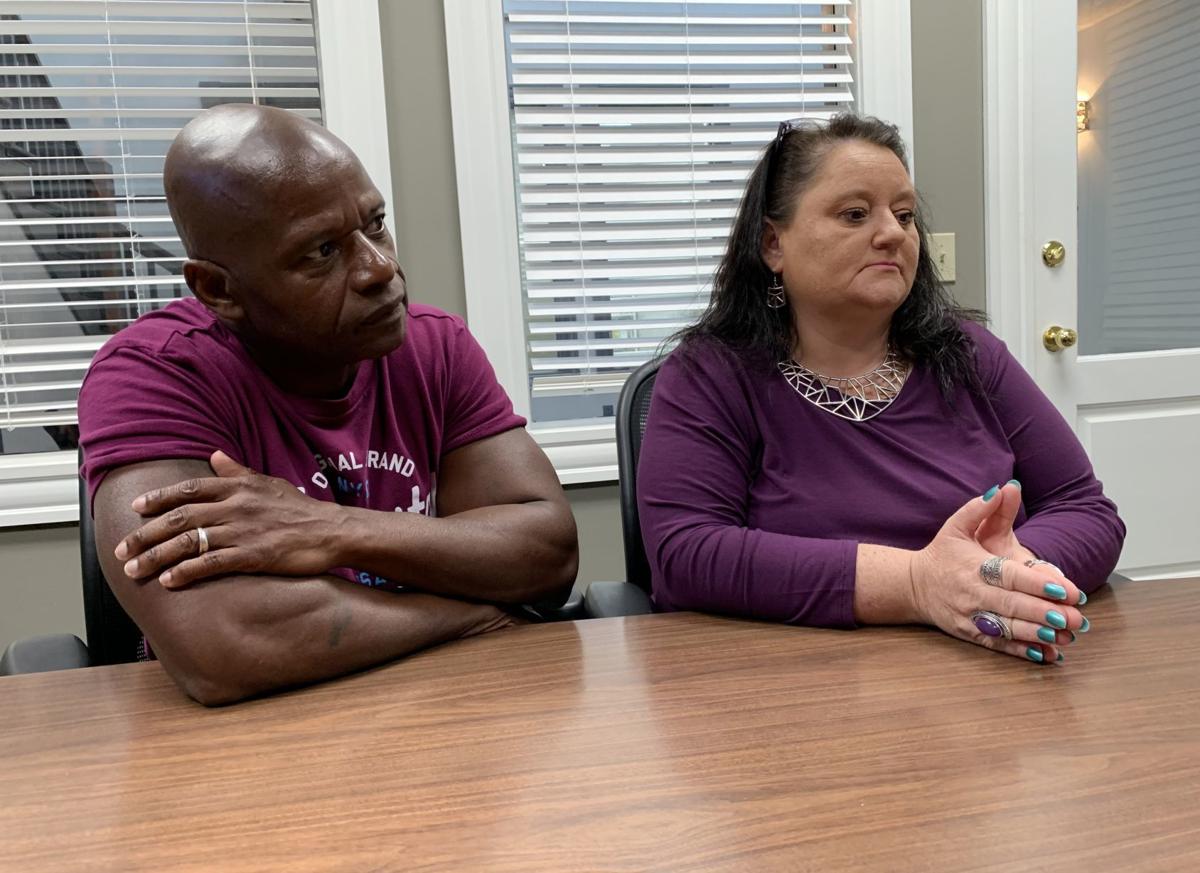 Richard and Kimberly Gilmore talk with their attorney, Michael Cary (not pictured), at Cary’s Charleston office Thursday. The Gilmores are father and stepmother to Freda Gilmore, the subject of a video depicting Charleston police officers using excessive force to take her into custody earlier this month. 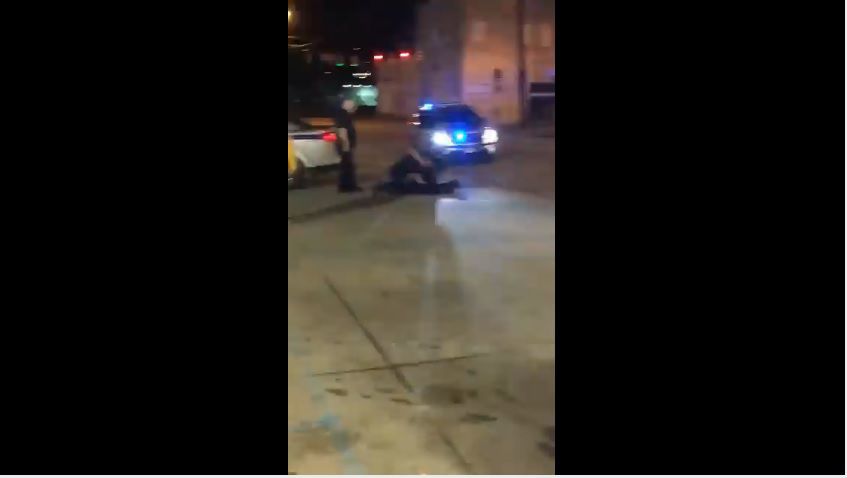 A screengrab from a video in which Charleston Police officers use force to take Freda Gilmore into custody. Gilmore was charged with misdemeanor obstruction and misdemeanor animal cruelty. Her family says they intend to sue the police department.

Richard and Kimberly Gilmore talk with their attorney, Michael Cary (not pictured), at Cary’s Charleston office Thursday. The Gilmores are father and stepmother to Freda Gilmore, the subject of a video depicting Charleston police officers using excessive force to take her into custody earlier this month.

A screengrab from a video in which Charleston Police officers use force to take Freda Gilmore into custody. Gilmore was charged with misdemeanor obstruction and misdemeanor animal cruelty. Her family says they intend to sue the police department.

The parents of a woman who is the subject of a video depicting police using force to take her into custody spoke out Thursday, saying they are hurting but thankful for community support.

Freda Gilmore’s father, Richard, and stepmother, Kim, said they want to see the Charleston Police Department officers in the video held accountable for injuries suffered by Freda Gilmore, who they said has special needs.

On Thursday, the Gilmores gave their first public statement since a video of Freda Gilmore’s arrest began circulating on social media nine days ago.

Freda Gilmore, 27, was released from the South Central Regional Jail on Oct. 19, four days after she was arrested. Her parents said Thursday that she was receiving necessary medical treatment at the time they talked with local reporters.

They would not say what kind of treatment she was receiving or what injuries she suffered.

Richard and Kim Gilmore said they first learned of Freda’s arrest by seeing the video of her on television.

The video depicts Gilmore lying on the ground with one officer taking her into custody and in the process of putting her hands behind her back to be handcuffed.

A second officer runs to where Gilmore and the first officer are and punches her four times in the head as another officer looks on. A security guard eventually steps in front of the person filming the video.

Freda Gilmore was charged with one misdemeanor count of obstructing an officer and a misdemeanor count of animal cruelty over the incident that took place in the 700 block of Virginia Street West, in front of a Family Dollar store, according to criminal complaints filed in Kanawha Magistrate Court.

The woman who filmed the video, Alisyn Lee Proctor, 24, of Charleston, also was charged with misdemeanor disorderly conduct, for screaming profanities at the officers and refusing to stop when they asked her to stop, according to a criminal complaint.

The Gilmores said Thursday they intend to file a lawsuit in Kanawha Circuit Court against the city. They said they have hired Michael Cary, of Cary Law Office in Charleston, to represent them.

“What’s really upsetting is they didn’t even take her to the hospital after it took place,” Kim Gilmore said. “She is a victim. We want her to be the last victim of the Charleston Police Department.”

Richard and Kim Gilmore thanked those who have offered support.

“I’m sure ya’ll got grandkids and daughters and stuff like that. You all would feel the same way I feel,” Richard Gilmore said. “Watching my daughter on TV, it really hurt me. I’m sure it doesn’t compare to the hurt she went through by the hands of the Charleston Police Department.”

Cary said he hopes city officials will provide the same support to the Gilmores that the family has received from their community, saying Freda Gilmore shouldn’t be treated differently because of having special needs.

“I believe that city officials know this is an issue,” Cary said. “My role is to make sure that, even though this is a national trend, this national trend is not going to come to the greater Kanawha Valley.”

The Charleston Police Department said it planned to better train officers as a result, the group said in the statement. CPD said officers would complete additional defensive tactics training in two-officer cuffing situations and one-officer takedown and cuffing tactics.

“The goal of these trainings is to work with officers to show different techniques that can be used to defuse situations,” the CPD said in the statement. “A full outline of the training classes will be reviewed by RESET.”

RESET is an organization of Charleston clergy and community advocates who serve as liaisons to the Charleston Police Department and the community at large, according to the city.

In addition to the tactics training, officers were to take classes on how to interact and communicate with people who have difficulty communicating in high-stress situations.

On Oct. 14, Charleston police officers responded to a report of a fight that had occurred between two women in front of the Family Dollar along Virginia Street West, Patrolman C.D. McCoy wrote in the criminal complaint.

Gilmore refused to remove her hands from her pockets and attempted to walk backward away from McCoy, he wrote.

After Gilmore was taken into custody, McCoy found that she was concealing a small black and white puppy in her right-front jacket pocket. McCoy wrote the puppy was cold to the touch and did not have a heartbeat.

McCoy said the puppy appeared to have parvo and that Freda Gilmore had not taken proper care of it and did not have necessary supplies for the dog while she was in front of the Family Dollar store.

After recording the encounter with police, Proctor reportedly posted the video to Facebook under the name Mollie Monroe.

Because Gilmore and Proctor are charged with misdemeanors, they did not have preliminary hearings in magistrate court. Future hearings had not been set, as of Thursday, according to magistrate court records.

In 2015, Proctor, then 20, pleaded guilty to assault during the commission of a felony for her role in an armed robbery in which Shawna Sampson, then an employee at the Food Fair in Kanawha City, was shot. Sampson survived.

Proctor was sentenced to spend between six months and two years at a center for youth offenders.