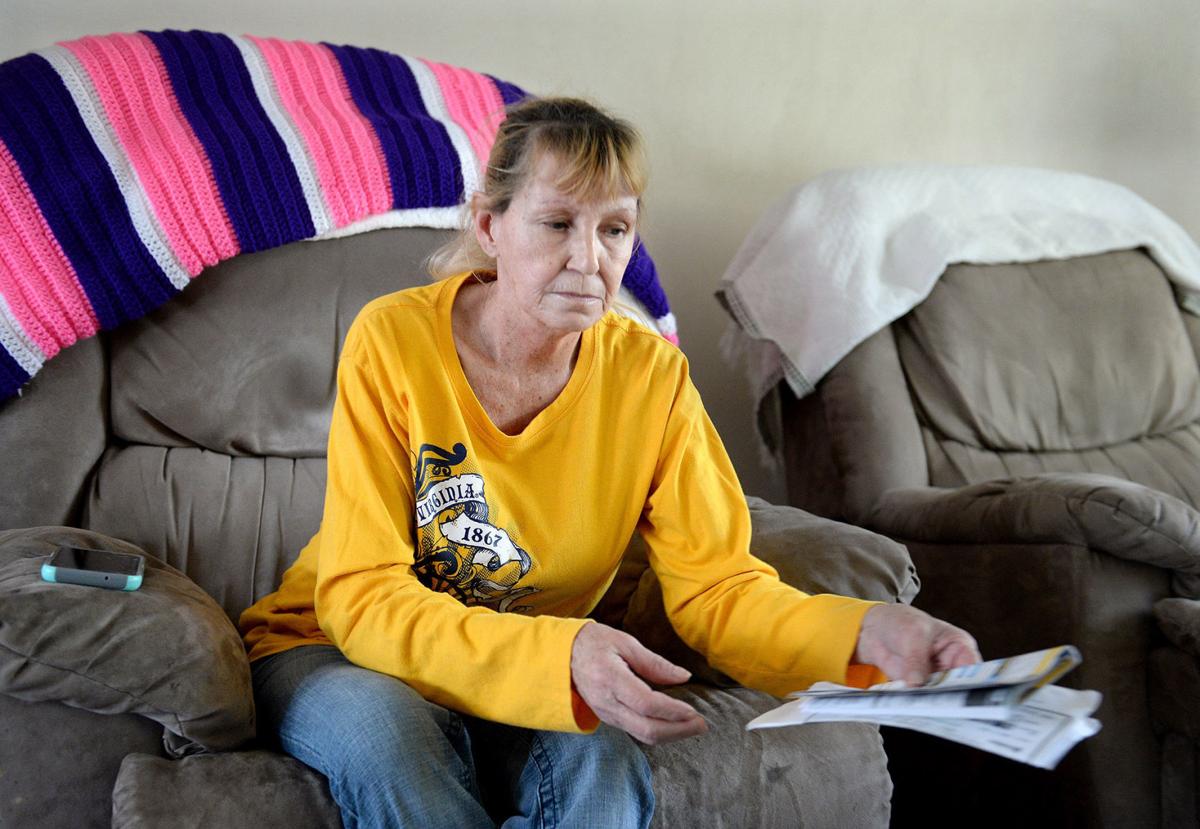 Debra Perry reviews Western Union paperwork after almost sending $1,500 to a scammer. Kroger employees stopped her from falling victim to the scheme. 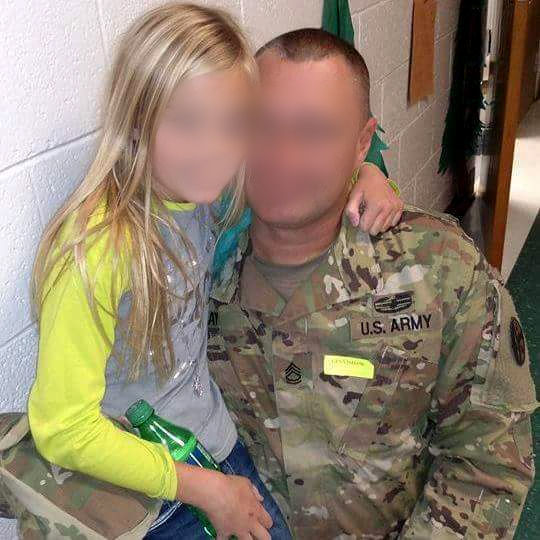 An unknown person sent this photograph to a St. Albans woman in an attempt to scam her. It’s unclear who is actually pictured, or where the photo originated. The photo is edited to protect its subjects, who may have had their image stolen.

Debra Perry reviews Western Union paperwork after almost sending $1,500 to a scammer. Kroger employees stopped her from falling victim to the scheme.

An unknown person sent this photograph to a St. Albans woman in an attempt to scam her. It’s unclear who is actually pictured, or where the photo originated. The photo is edited to protect its subjects, who may have had their image stolen.

A St. Albans woman fell in love with a man who never existed. Along with her sanity, the woman almost lost thousands of dollars.

Debra Perry, 63, received emails, text messages and photographs from a man who introduced himself as Hartmann Gray in late December.

The man found Perry’s email on the internet. He sent Perry a message and claimed to be on a peace mission overseas, where he supposedly battled the Islamic State Group and constant loneliness.

He took advantage of Perry’s own kindness and heartache, and they soon exchanged phone numbers and text messages.

Perry’s husband died on Jan. 10, 2017, and she found someone who understood the pain of losing a loved one. Gray said his wife died and left him to care for their daughter.

Knowing Perry always wanted children, Gray asked her to be the girl’s mother.

“He said that he never even considered getting married until he met me, and this is his last mission,” Perry said.

She eventually sent Gray a $100 gift card to buy the “daughter” a dress. Perry had to pawn her .38-caliber Smith & Wesson to afford the gift, but she would do anything for her new family.

Perry still has photographs sent by Gray — possibly stolen from a real soldier who posted them online.

Some depicted a brawny man in a military uniform, and others featured a little blond-haired girl.

“He asked me to go and have them printed off,” Perry said. “I went and got frames and put them in it.”

Gray then ramped up his stories and demands. He claimed his parents died in a car wreck, and that his father left behind two metallic briefcases full of money.

He supposedly needed the money to build a construction business after his mission overseas.

To get the briefcases, Perry would have to send $6,500 to an agency called Assured Services Security Company, a name referenced in other scams that were debunked and posted online.

A plan was in place: she would visit the Kroger in St. Albans and send the money via Western Union. The plan fell apart when a store employee caught on to the scam.

The store’s employees are on the front lines of an effort to combat scams, said Shamia Lewis, the human resources assistant store manager.

“We care if they spend $1,500 on a scam and then their next meal is jeopardized because they don’t have the funds,” Lewis said.

Though the scams are not common, she said, the staff will ask questions when someone tries to make a suspicious payment. Where is the money going? Did you meet the recipient online? Have you ever met the person in real life?

Sometimes people want to make an urgent payment on their house or taxes after receiving a fake notice in the mail. And, in one case, the employees heard from someone who lost thousands of dollars to an online dating scam.

Perry’s scammer soon launched a verbal attack. Gray was unhappy when he realized the money was never sent, and he broke a period of silence by sending nearly 10 messages in a row on Tuesday.

“God is watching Debe,” he wrote.

Perry said the scammer took advantage of her empathy, loneliness and faith. She was left in a state of despair and confusion after the truth came to light.

“I’m a Christian, and I’ve always tried to do right and help people,” she said. “That’s what I feel like God wants me to do.”

Online scams can be reported to the Internet Crime Complaint Center, an effort by the FBI, said Sgt. Brian Humphreys, a spokesman for the Kanawha County Sheriff’s Office.

The complaint form is found at IC3.gov. Humphreys said scammers usually ask for a gift card, prepaid credit card or wire transfer. While a stranger might ask for help online, the request is likely fraudulent, he said.

Humphreys recommended people donate to a charity if they want to help others. He also urged people to ignore any contact from possible scammers.