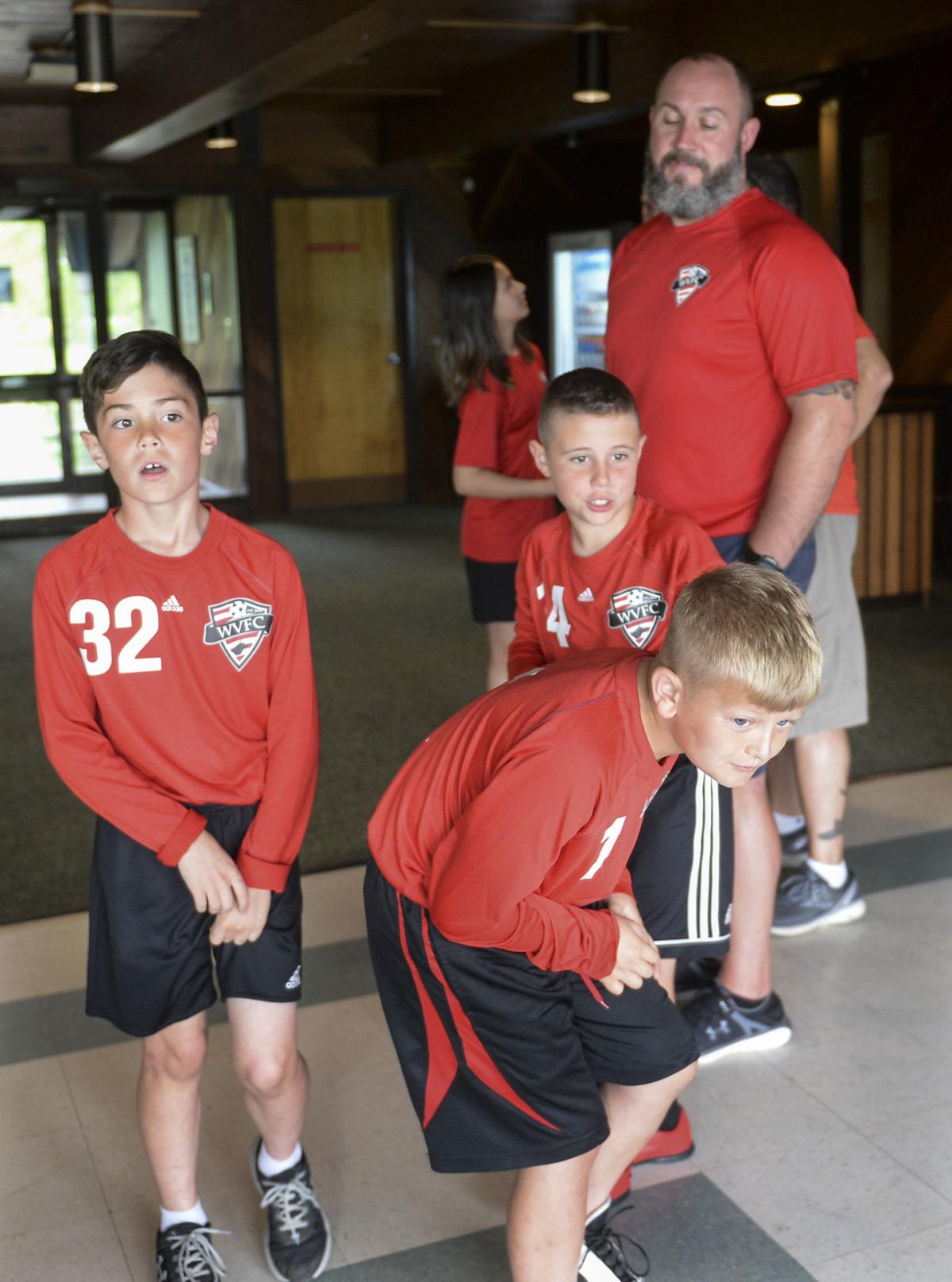 West Virginia Football Club players (from left) Paxton Bocook, 8, Mason Deal, 10, Jaxin Alexander, 10, and father Matt Deal look out at the Shawnee Sports Complex soccer fields after a news conference announcing that the complex will co-host to the 2019 and 2020 Eastern President’s Cup and Eastern Regional Championships. 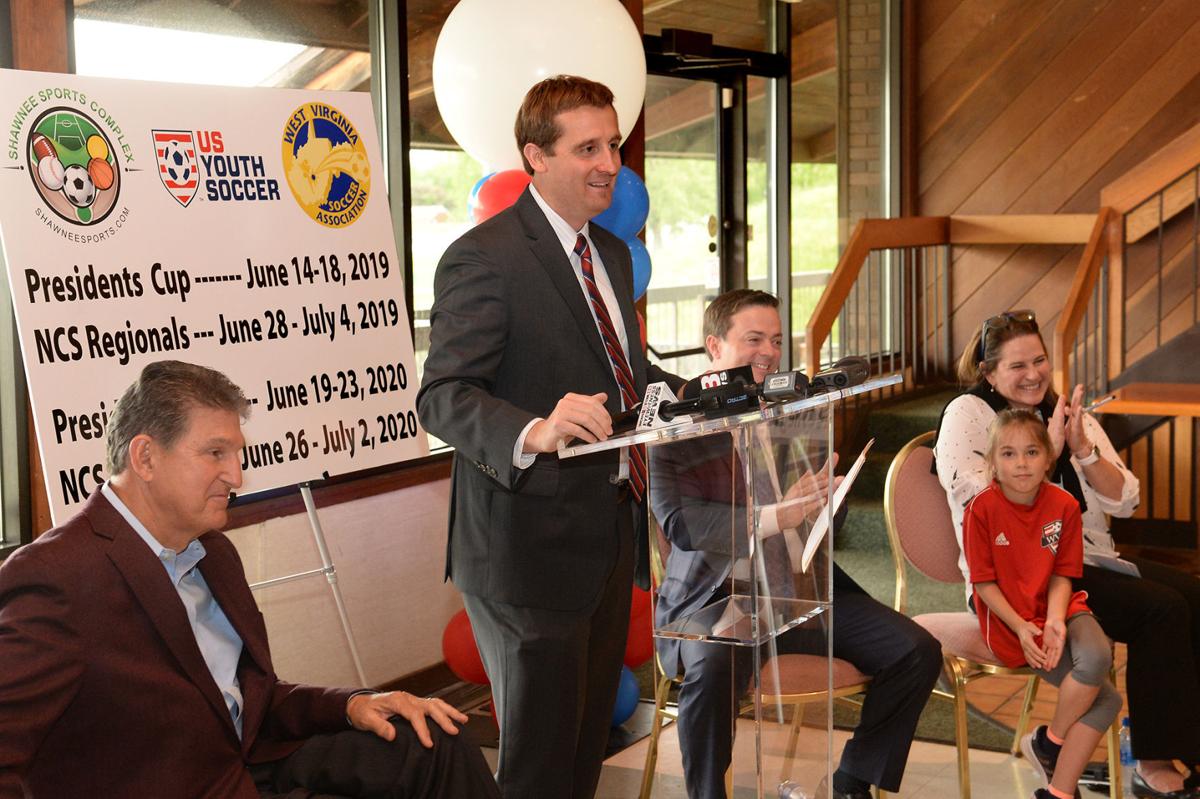 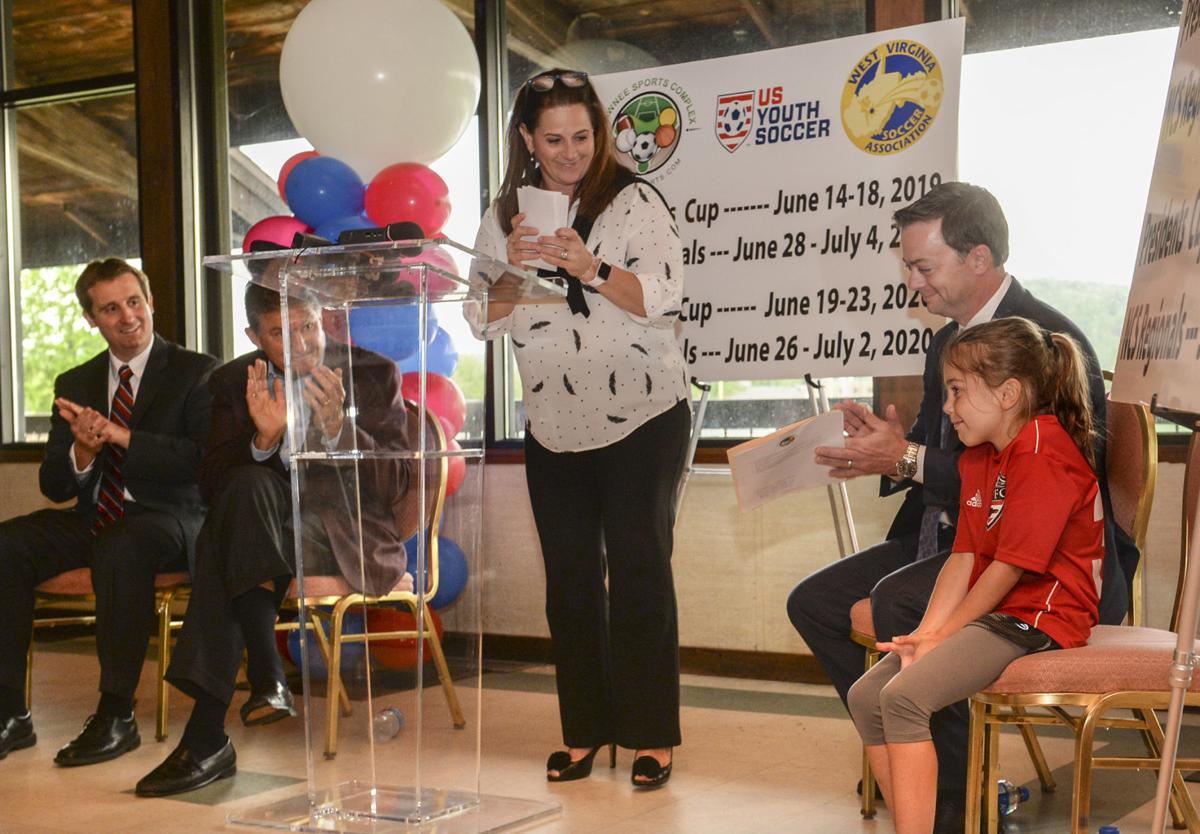 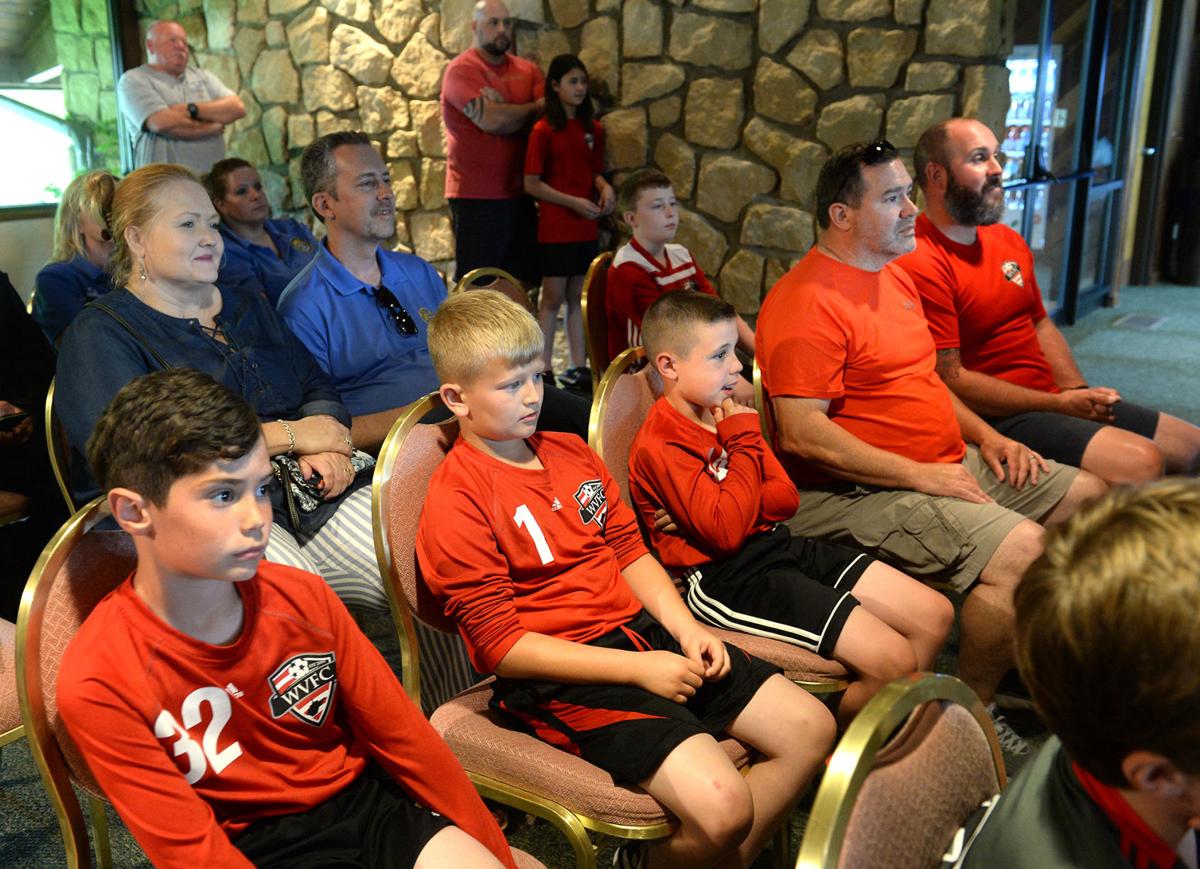 West Virginia Football Club players (from left) Paxton Bocook, 8, Mason Deal, 10, Jaxin Alexander, 10, and father Matt Deal look out at the Shawnee Sports Complex soccer fields after a news conference announcing that the complex will co-host to the 2019 and 2020 Eastern President’s Cup and Eastern Regional Championships.

In partnership with the city of Barboursville and the Barboursville Soccer Complex, the Shawnee Sports Complex in Dunbar will host four national youth soccer tournaments over the next two years, bringing with them an estimated $56 million economic impact for the Kanawha Valley, Kanawha County Commissioner Ben Salango said at a news conference Friday.

The Eastern Regional Championship, part of the U.S. Youth Soccer National Championship Series, will be played between Barboursville and Shawnee in 2019 and 2020, as will the President’s Cup. These events will bring about 300 teams for each tournament to the Kanawha Valley, and Salango said West Virginians can expect to see hotels from Beckley to Huntington at capacity while teams compete in the tournaments, which are each five days long.

“The Shawnee Sports Complex has become more than I could have ever dreamed,” Salango said. “Neither Barboursville [Soccer Complex] or Shawnee are big enough to host these tournaments alone, so we’re teaming together to make it happen. The truth is, the more tourism we have, the more everyone benefits.”

Salango said there will be people from at least 15 states coming into the area for these tournaments, and the positives will not be lost on local businesses. Amy Shuler Goodwin, the mayor of Charleston and a former commissioner of tourism for West Virginia, said projects and partnerships like the one between Shawnee and Barboursville are an example of why areas across West Virginia should be looking for opportunities in “sports tourism.”

“It’s true, I’ve been obsessed with tourism and sports tourism just about my entire life,” Goodwin said. “Sports tourism — it’s not a trend, it’s not a fad, it’s not a millennial gimmick or gambit; it’s not. It’s the fastest-growing sector of travel in the world.”

While Shawnee Sports Complex is in Dunbar, the economic prosperity brought by the tournaments will almost certainly bleed into Charleston and surrounding areas, Salango said.

“Everyone will benefit from this — especially the kids that are playing,” Salango said. “They’re the main reason we’re doing this. It’s all for them.”

Also at the news conference was Sen. Joe Manchin, D-W.Va., who was involved in the development of the Barboursville Soccer Complex more than a decade ago.

Manchin said the growth of the Shawnee Sports Complex since its opening last year demonstrates why having a vision for projects is integral to the region’s success.

“To have this vision that, basically, if you build it, then they will come — you know, ‘Field of Dreams?’ My God, that’s true here,” Manchin said.

Chris Tatum, the mayor of Barboursville, said he gets more and more excited each time he gets to make announcements like Friday’s.

“This is all about partnerships, and this is a great partnership,” Tatum said. “Working with Shawnee, it’s made us realize we need to expand and update our facilities in Barboursville.”

“Finally, we get to enjoy the things we used to travel for here, and on a large scale,” Trethewey said. “It really is fantastic, it absolutely is.”

Before Shawnee opened last year, Trethewey and his family — his three older children are also soccer players — spent years traveling up and down the East Coast to attend soccer tournaments. He said it was normal to spend about $1,500 a trip, depending on where it was.

“You have hotels, meals, gas, all of that stuff — it really was expensive, and that was all money that we were spending outside of West Virginia,” Trethewey said. “Now, we get to spend that money here and show the other players our home, what West Virginia can be like. We save money, help out are own area, and we get to sleep in our beds at the end of the day — what’s better than that?”

Caity Coyne is a corps member

with Report for America,

an initiative of The GroundTruth Project. Reach her at