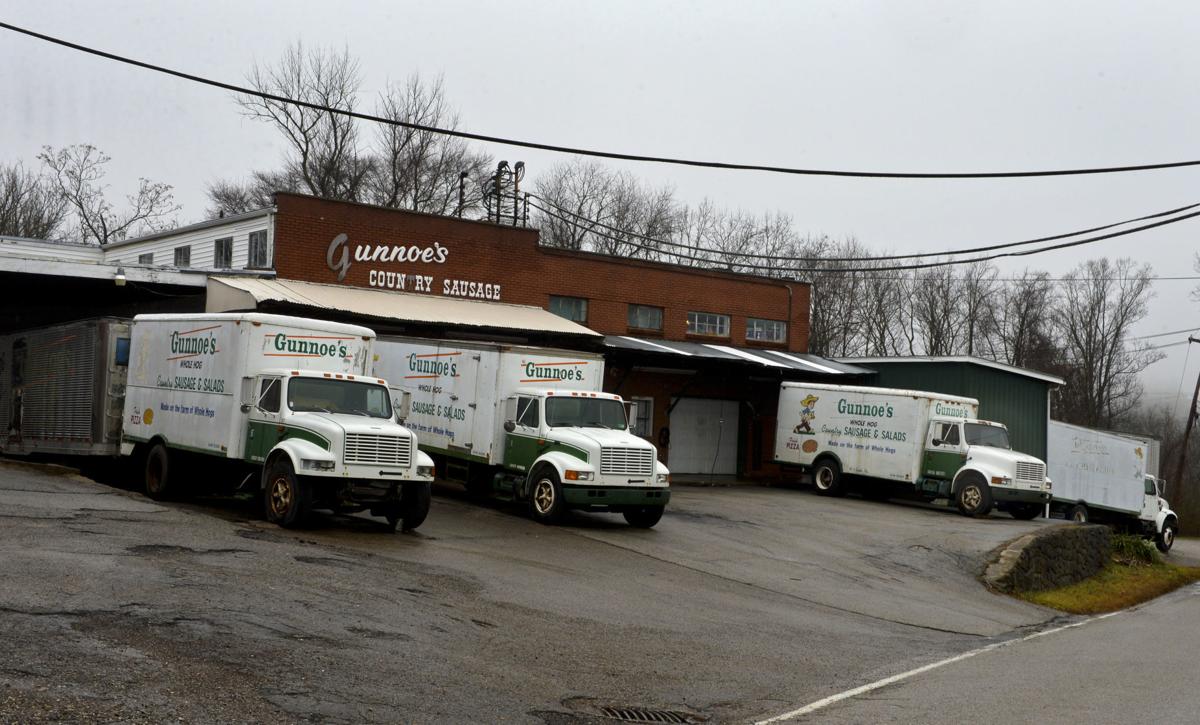 R.G. Gunnoe Farms, located at the top of the hill on Oakridge Drive, in Charleston, has been in business for 73 years. 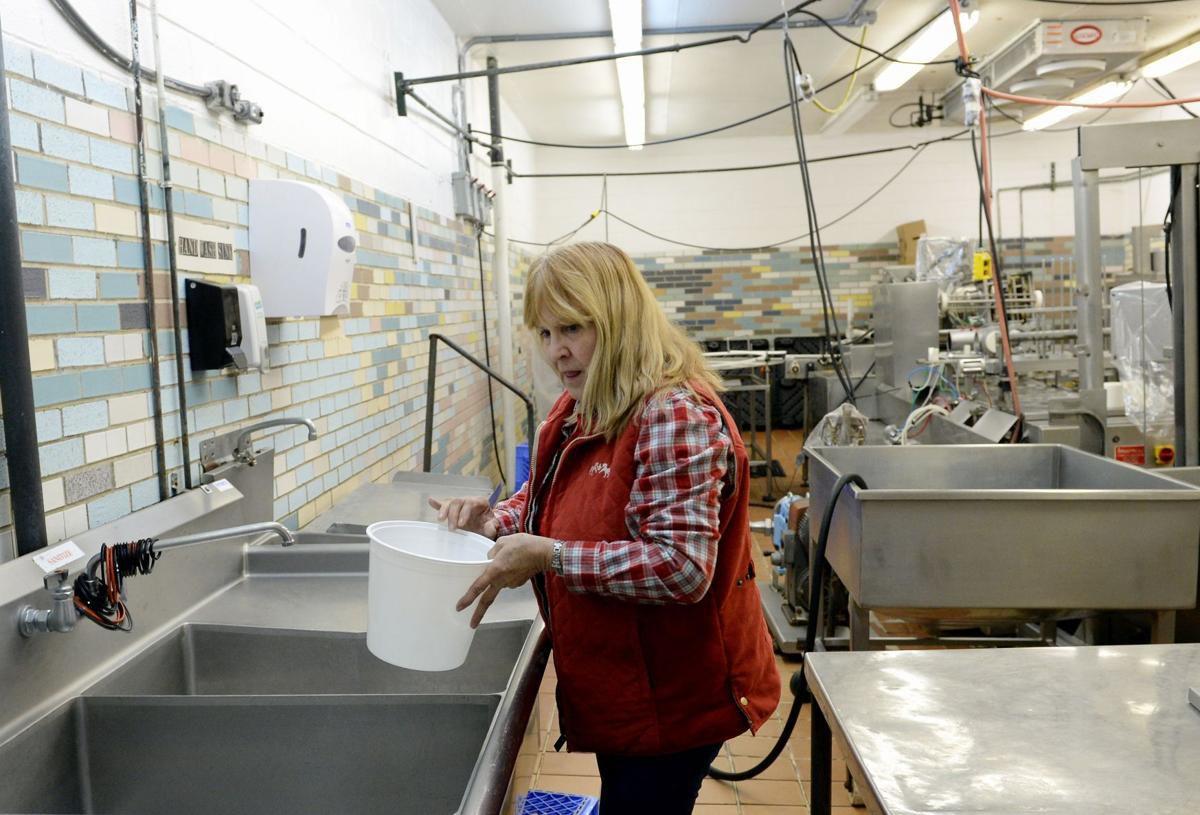 Joy Gunnoe is seen in the salad production area of the R.G. Gunnoe Farms plant, in Charleston, in 2015.

R.G. Gunnoe Farms, located at the top of the hill on Oakridge Drive, in Charleston, has been in business for 73 years.

Joy Gunnoe is seen in the salad production area of the R.G. Gunnoe Farms plant, in Charleston, in 2015.

“One thing after another after another here,” Gunnoe said. “That’s how we’ve been operating. There’s only so much you can take. At a certain point, and I wish it weren’t the case, you can’t take anymore.”

A pair of economic blows has pushed to the brink her 73-year-old Charleston-based business making and selling salads to customers in West Virginia, Virginia and surrounding states. The latest: In December, Gunnoe said, she was awarded $145,000 as part of a class-action lawsuit filed over a chemical spill that led to her dumping 18,000 pounds of food. Gunnoe claimed $1.2 million in losses.

“I spent the past four years putting all of my retirement money into this business to keep it going, hoping for that settlement,” she said. “Now, after too much time and too much disappointment, I’m out.”

Salad production and distribution will continue for at least another week, Gunnoe said. She said she is unsure of the company’s future after that.

She said she’d been in talks with her uncle about his Virginia-based Gunnoe Sausage Company Inc. taking over salad production. Cynthia Gunnoe, vice president of Gunnoe Sausage, said nothing is final. Gunnoe Farms and Gunnoe Sausage are separate companies.

“We’re working toward coming to an agreement and we’re hoping at some point in time soon, we’ll figure out a way to keep distributing salads,” Cynthia Gunnoe said.

It’s unlikely salad production would continue in West Virginia, Joy Gunnoe said. Gunnoe Farms’ annual payroll equates to $700,000, she said. She said she was unsure how many people might lose their jobs. The total number of employees fluctuates each year and includes seasonal workers, she said.

Years of losses and stress have left her ill-rested and out of money, she said.

She said the last good sleep she had was probably sometime before June 2012, when a deadly derecho blew through West Virginia, taking down trees and knocking out power for thousands of customers.

With no electricity, the company couldn’t keep food stored and Gunnoe was forced to throw out all the products at the farm’s Charleston distribution center. It cost thousands of dollars and insurance only covered a quarter of the losses, she said.

Joy Gunnoe bought out her sister, a co-owner in the business, at the end of 2012. While waiting for the insurance money, Gunnoe said, she spent most of 2013 paying off a $100,000 loan to help the business cover operating costs.

“The next year, we were running out the gate on Jan. 1, 2014, with a plan in place. We had the marketing budget, the distribution budget. I was meeting with potential sellers. We were ready,” she said.

At one point after the spill, Gunnoe said, she was notified via phone that the water lines to her property had been flushed and were cleared of dangerous chemicals. She said she called and confirmed that with a West Virginia American Water manager.

After being cleared by the state Bureau for Public Health to resume distribution, Gunnoe called employees into work to make salads, load trucks and notify customers that deliveries were back on track.

“We made salads for 12 hours, ready to go the next morning. Then at 1:30 in the morning that Friday, hours before deliveries were scheduled, I got another call,” she said. “The lines weren’t flushed, they said. I couldn’t take the risk in sending out a contaminated product, no way. So we dumped it all. I lost two of my biggest customers that day. We never quite came back.”

“At 66 years old, it was a kick in the teeth to see that number. I was speechless,” she said. “That wasn’t enough to cover even the operational expenses we took on for that time.”

In an emailed statement, the water company explained the settlement process and appeal structure, in which Gunnoe Farms willingly participated.

“While Gunnoe Farms has expressed disagreement with its final award, we believe it was the result of a fair, independent process that reviewed the facts Gunnoe Farms presented and the application of those facts to the criteria in the court approved settlement agreement,” the statement reads.

“I can’t sleep to this day. I think about it every day and I think we all still live with the effects of what [West Virginia] American Water did to us,” she said. “I think they want us to forget. Well, we can’t.”

The shutdown of Gunnoe Farms would have ripple effects, from lost taxes for Kanawha County to a lost customer for produce suppliers.

“There’s nothing that anyone can say, I don’t think, other than this is really, very sad. A disappointment,” said Kanawha County Commission President Kent Carper. “It’s a difficult thing to see businesses started here that went way outside of West Virginia, touched a lot of lives, had so much influence and then have to go.”

Gunnoe said the community has been supportive.

“It’s been helpful, definitely. It’s been the only way I put one foot in front of the other lately,” she said. “The closer we get to shutting down, the harder each day gets.”

Gunnoe said she wants to see the water company — the largest in the state — turn over its facilities and ownership to the public.

“I do think they made me lose this business,” she said, “but in doing so they also made me into an environmental warrior. We deserve better — all of us.”