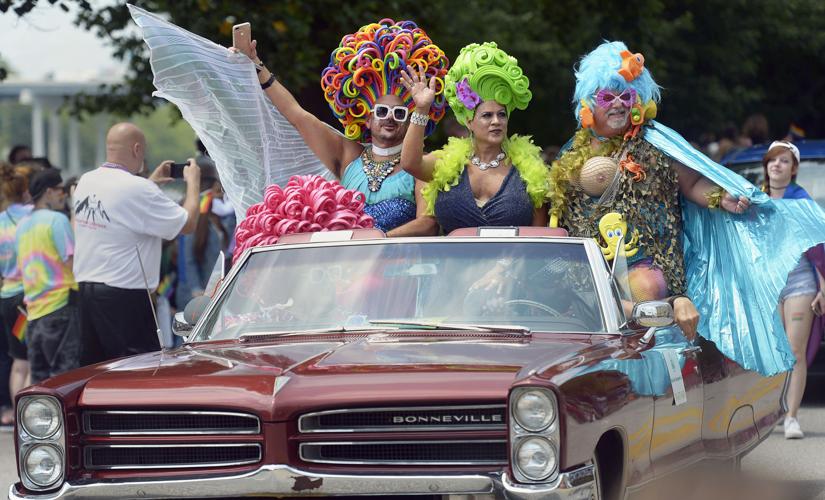 Participants in the 2019 Rainbow Pride Parade make their way down Kanawha Boulevard to Haddad Park. The parade returns to Charleston Saturday on Summers Street. 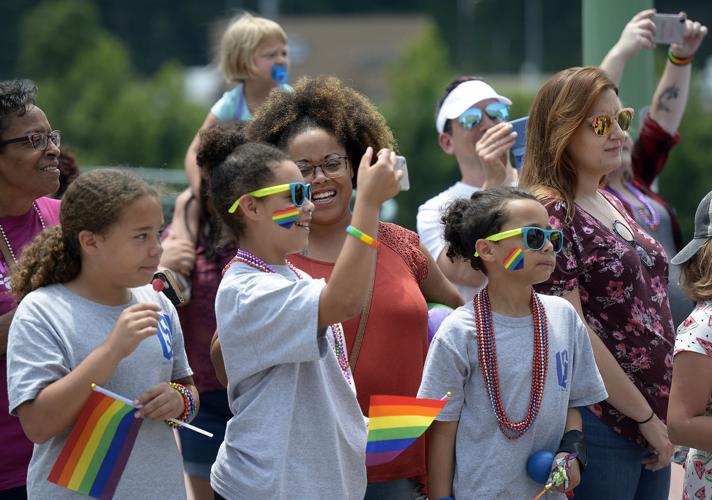 Participants in the 2019 Rainbow Pride Parade make their way down Kanawha Boulevard to Haddad Park. The parade returns to Charleston Saturday on Summers Street.

West Virginia’s oldest and largest pride group is kicking off Pride Month with several events this week, including a pub crawl Friday and a parade Saturday.

Rainbow Pride of West Virginia, in its 26th year, will partner with Charleston Main Streets to host the East End Pride Pub Crawl from 6 p.m. Friday to 2 a.m. Saturday.

During the pub crawl, Rainbow Pride will host its Drag Race, an event Rainbow Pride president Chris Gosses said has become one of Pride Week’s most popular.

The event typically takes place on the Friday before the festival on Capitol Street. This year, because of the partnership with Main Streets, it’s moving to the rainbow crosswalk located on Washington and Elizabeth streets on the East End, he said.

Participants, in teams of four, will race to put on and take off dresses, wigs, high heels and a purse, all while water balloons are thrown at them.

Registration for the relay race is $50, which Gosses said is donated to Manna Meal. Proceeds from the sale of water balloons also benefit the soup kitchen, he said.

Pub crawl wristbands are $25 online at Charleston Main Streets’ website, and $30 at the event. They include a T-shirt, one beer pour at the designated on-street beer tent, access to drink specials and free access to a trolley and C&H Taxi’s Intoxi-Taxi throughout the evening.

For $40, participants can purchase online a “Crawler Plus” wristband that allows them up to five beer pours at designated beer tents.

On Saturday, Rainbow Pride’s Parade and Festival will take place at Slack Plaza and Summers Street. The festival and parade are free to attend.

While the organization held a “socially distant” block party in October last year, this is its first Pride Parade since 2019, before the COVID-19 pandemic started.

About 6,000 people attended the 2019 festival and parade, Gosses said. Organizers are expecting more this year, he said.

“In 2019, our parade was about an hour long,” Gosses said. “It was so long that it pushed our entertainment back by an hour. So, we’re expecting a big turnout.”

The festival starts at 11 a.m. Saturday with the Big Gay Dog Show at Slack Plaza. For a $5 donation, dog owners and their pets can enter for a chance to win various awards, including Best 6 Legged Pair, Best Costume and Best Trick.

“It just marches right down Summers Street and it’s going to past the Truist Bank building and Davis Park,” Gosses said. “So, the official parade viewing area is at the Truist Bank Plaza. Truist is one of our sponsors. So, we’re setting up some speakers and microphones. Our festival emcees will be down there kind of hosting the parade.”

The parade will empty into the block of Summers Street between Lee and Quarrier streets, in front of Slack Plaza.

Stage performances will start at 2 p.m. Headliners for the event include singer/songwriter Jordy, who will perform at 3 p.m. The festival ends at 8 p.m.

“Jordy is a national level LGBTQ singer/songwriter,” Gosses said. “He burst on the scene through TikTok and Spotify. He just recently wrapped up a tour with some other artists. He’s writing music for Betty Who and other big folks. So, we’re excited.”

Kasha McDonald, who performs under the stage name Akasha Karmichael, will join Viki Williams as co-emcees for Saturday’s Pride Parade and Festival.

McDonald, a transgender woman, is the event’s first Black person to emcee the event. McDonald also is the founder of one of the state’s newest Pride organizations, the West Virginia Black Pride Foundation.

Gosses said having McDonald as an emcee is a way to elevate the voice of McDonald and the Charleston-based foundation.

McDonald said the foundation got its nonprofit status in April. Too often, people of color get lost in the shuffle during Pride events, McDonald said, and the roles of Black transgender women in the Pride movement are overlooked.

Besides Saturday’s parade and festival, Rainbow Pride will host events throughout June, including a kickball game against Parkersburg Pride at 2:30 p.m. Sunday at Shawnee Sports Complex, in Institute.

Gosses said this year’s Pride Parade and Festival have had more community support from sponsors than in years past.

“We have the largest group of sponsors that we’ve ever had,” he said. “Even this year, Suddenlink is our presenting sponsor. In the 26 years we’ve been around, we’ve never had a presenting sponsor before. So we’re excited about that.”

When businesses and organizations sponsor Pride events, they’re also supporting the organization for the year, he said.

Gosses attributed the additional support to the state becoming more open to diversity.

“We can’t ignore how West Virginia is evolving and changing and becoming more aware and, really, more open to areas of diversity, especially for the LGBTQ community, even though there’s a lot of work to do, politically,” he said.

Gosses said the reasons for Pride events are multifaceted. They’re celebrations, as well as protests, he said.

“It’s an event that commemorates the Stonewall uprising that happened in June 28, 1969, in New York City,” he said. “And so, even as we are celebrating all of our wins and successes and we’re celebrating our community, we’re also showing our elected officials or our city council or people who are not necessarily our allies, we’re still being present and visible.

“[It’s] almost as if we’re ambassadors,” he said. “We are hopefully living our lives openly and positively. And that changes hearts. It impacts the ballot box.”