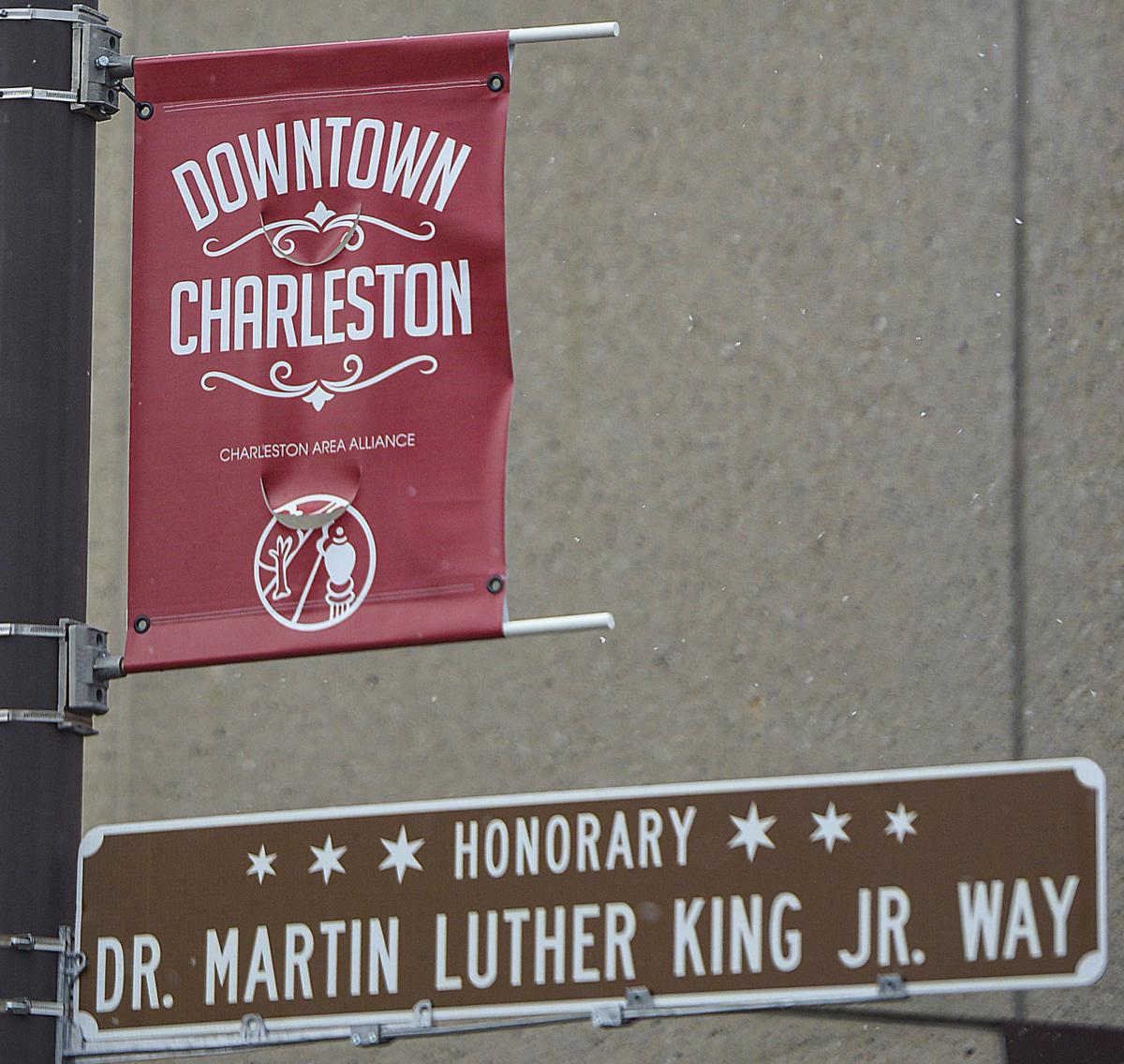 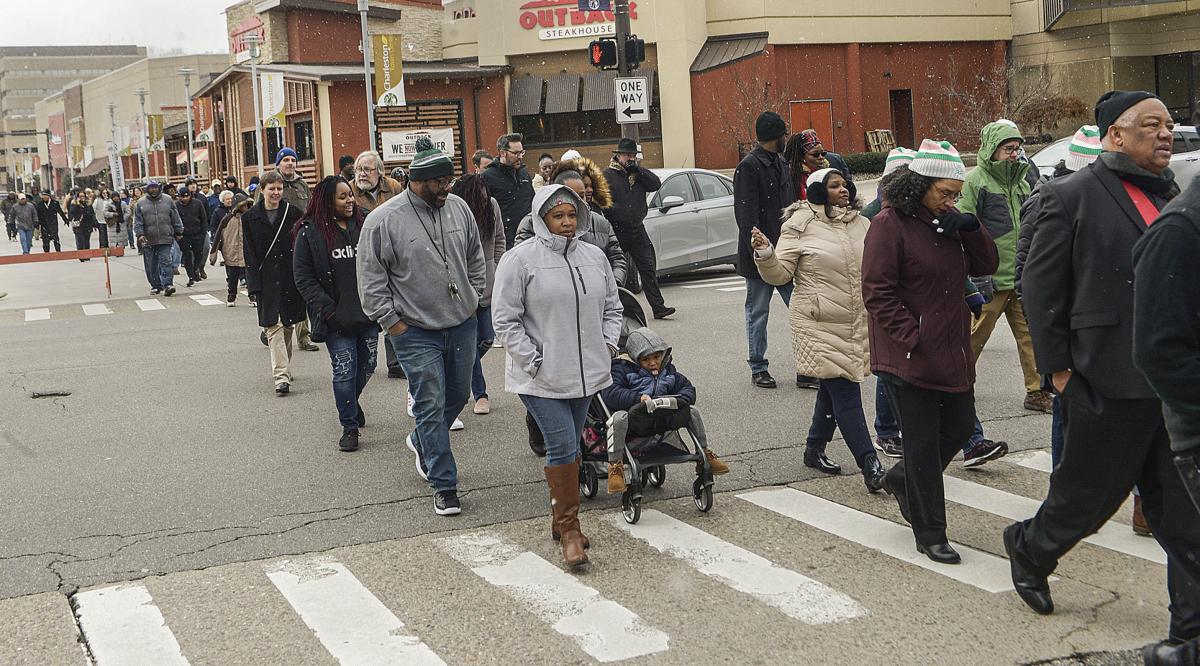 A symbolic march was held from Brawley Walkway to the Martin Luther King Jr. Community Center in Charleston to celebrate the late civil rights leader’s birthday. 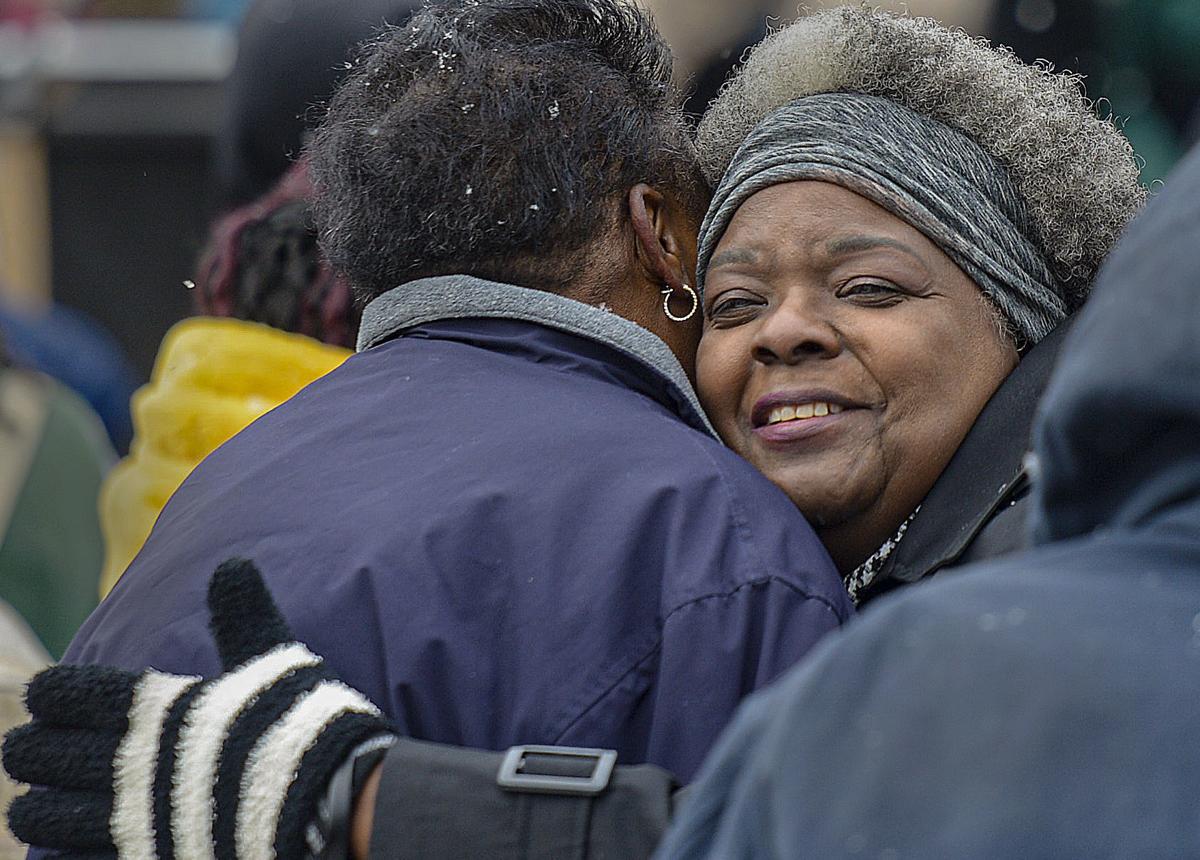 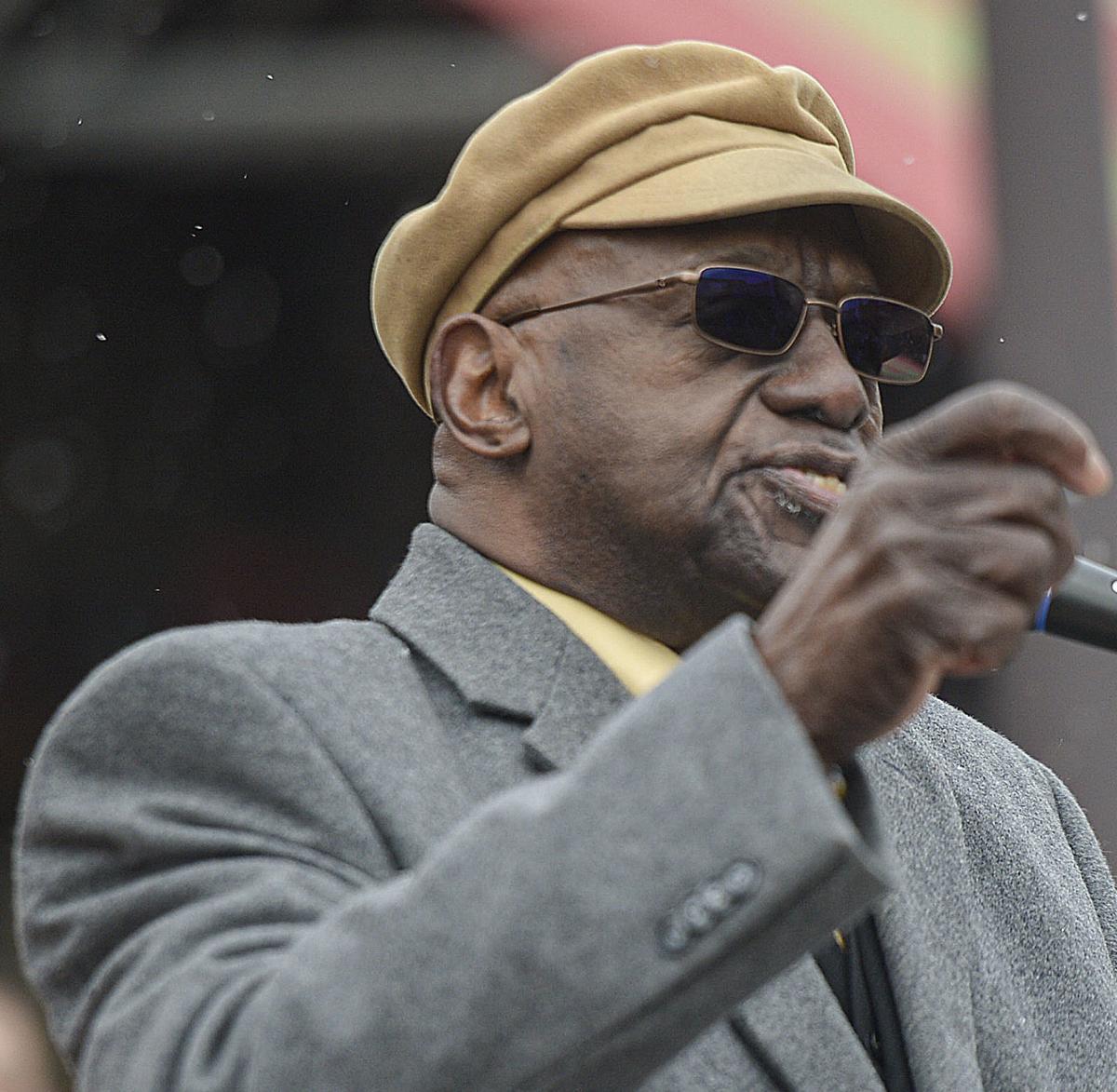 A symbolic march was held from Brawley Walkway to the Martin Luther King Jr. Community Center in Charleston to celebrate the late civil rights leader’s birthday.

Now replaced by hotels, utilities plants and interstates, Davis, 75, said the streets that once made up Charleston’s Triangle District are long gone.

“I saw it grow; then all the black people were pushed out, and now it’s all different,” Davis said.

Renaming a city street after King has been a priority for a long while, Charleston attorney Katherine “Kitty” Dooley said Monday. She filed the petition in late 2019 to rename Court Street after King, since it runs through the old Triangle District, and also by the Martin Luther King Jr. Community Center.

Councilwoman Jennifer Pharr, whom Dooley said was instrumental in getting the petition approved, said King’s legacy needed to be honored in a place that once was a thriving black neighborhood.

“There used to be African American and immigrant businesses and homes right where we’re standing. In the name of urban renewal, all that was decimated. The buildings were destroyed. The homes were destroyed,” Pharr said. “The irony of what I do for a career is to bring businesses back to downtown Charleston. We are coming back to where it was that we used to be.”

Michelle Foster is president of the Charleston-Institute Chapter of The Links Inc., a nonprofit that promotes the well-being of African Americans in the community. The organization hosted Monday’s ceremony. She said this day was a long time coming.

Court Street remains the physical address for buildings on the honorary street after a compromise between the city and community, after some businesses complained of high costs that would come with a physical address change. Foster said “of course” it would’ve been great to have the street entirely renamed, but she said the deal represents one of King’s greatest lessons.

“In life, sometimes you have to pick your battles; and this is a great compromise,” Foster said. “Dr. King was always about unity, so instead of continuing to fight, we thought it was best to move forward with the compromise.”

Dooley said during the ceremony she was thankful to bring those skeptical of the idea to the table and come to an agreement.

“I’m grateful for the opposition, because through opposition came discussion, understanding and compromise,” she said.

The Rev. Ron English said that Charleston’s tribute is highly significant, because there are barely any cities in the country that honor King with a street that runs directly through the heart of town.

On the walk, Davis said the renaming was just a first step in the right direction, but he’s glad to finally see it happen. He said the community still needs better employment and opportunities for black people.

“To tell you the truth, I didn’t know if I was going to be able to live to see this happen. But I’m just grateful and thankful to God that it happened in my time,” he said. “We’re making progress.”